Places to go in San Francisco

San Francisco is a city of artists, beatniks and tech pioneers. Spirited, creative and progressive, it has long been at the forefront of social, environmental and political change. This is a place to explore, get a little lost in, go with the flow... Here is our guide to places to go in San Francisco. 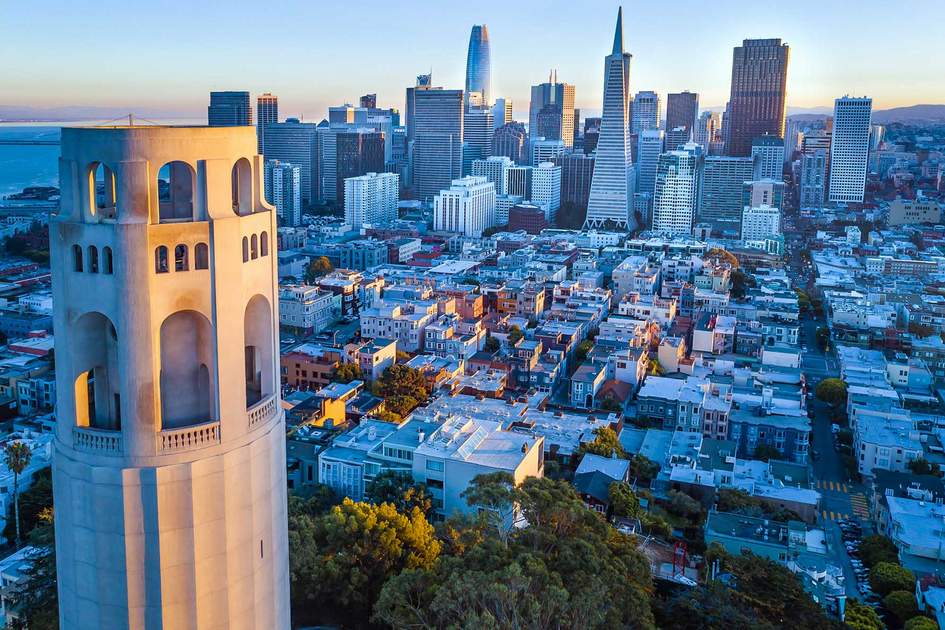 The best views in San Francisco

Gaze over the city and its sweeping bay from one of many superb vantage points. Sitting proudly atop Telegraph Hill is the Art Deco landmark of Coit Tower. This soaring concrete structure was built in 1933 at the bequest of eccentric heiress, Lillie Hitchcock 'Firebelle Lil' Coit, patroness of the city’s firefighters. Picnic at its base in diminutive Pioneer Park, check out the murals in the ground floor lobby (painted by students of Diego Rivera), then ride an elevator 210ft up to the top and savour uninterrupted 360-degree views.

No trip to San Francisco would be complete without visiting the city’s most iconic sight and one of the world's great engineering feats – the Golden Gate Bridge. View it from afar at the Golden Gate Overlook in Presidio, which offers unbeatable (and relatively uncrowded) views, or experience the bridge's soaring grandeur up close, by walking across its 1.7-mile length. For the ultimate view of Alcatraz and across the bay, head further up Presidio to Inspiration Point. Turn around to see Andy Goldsworthy’s extraordinary 100ft-high Spire, constructed from 37 felled Monterey cypress trunks. Cross the bridge to the Muir Woods National Monument, which offers exceptional vistas of the city from a forest of awe-inspiring old-growth redwoods – natural skyscrapers that will take your breath away. 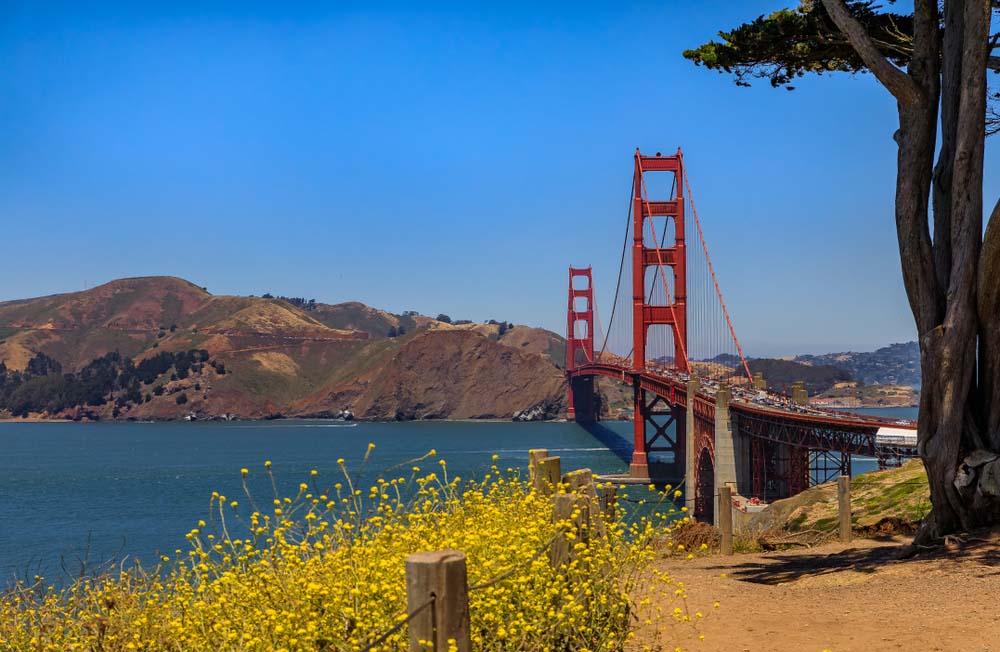 From the mainstream to the experimental, San Francisco is infused with artistic creativity and a visit to some of its many art galleries and enclaves is essential on any trip. Start with some mural-spotting – there are more than 600 in the city, many created as social and political statements. Some of the most colourful are in the Latino Mission District: Balmy and Clarion Alleys are the best-known, but don’t miss the Maestrapeace Mural, which covers the entire Women’s Building, or the Carnaval Mural.

The Asian Art Museum houses one of the world’s largest collections of Asian art, with more than 15,000 pieces, spanning 6,000 years of history, from China, Korea and Japan to Southeast Asia, India and Iran. Highlights include the oldest dated Chinese Buddha in the world. The Tenderloin Museum celebrates the gritty soul of San Francisco, a neighbourhood inhabited by LGBTQ activists, artists, immigrants and iconoclasts. In the SoMa district, you can find the inspiring Children’s Creativity Museum and the largest modern art gallery in North America – the San Francisco Museum of Modern Art, which houses permanent collections featuring luminaries such as Klee, Kahlo, Pollock and Matisse, and hosts a vibrant temporary exhibition programme.

The multi-functional Yerba Buena Center for the Arts incorporates an art gallery, theatre and screening room and stages a wide range of performances and events. With a rotation of temporary art, fashion and photography, a collection of more than a thousand American paintings that encompass Spanish Colonial, Arts and Crafts and Impressionist styles, as well as fabulous views over Golden Gate Park from its twisting copper tower, the de Young Museum is also well worth a visit. 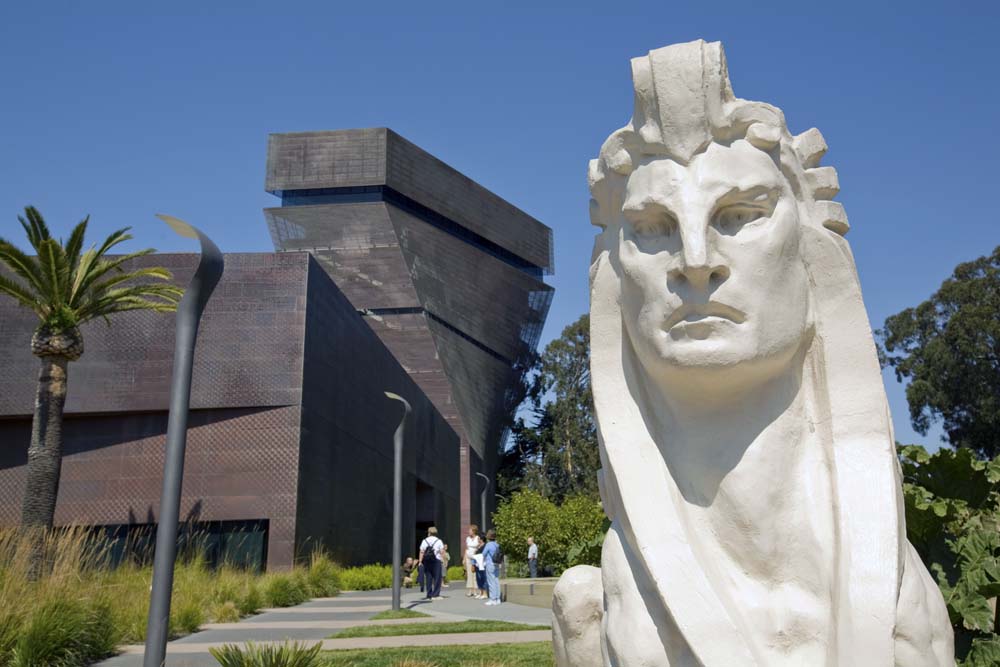 Few neighbourhoods in San Francisco encapsulate the city’s countercultural past more than the neighbourhoods of North Beach and Haight Ashbury. North Beach, historically the heart of the Italian community, became a magnet for the city’s artistic, bohemian and intellectual life during World War II and cemented its literary status with the arrival of the Beats – Kerouac, Ginsberg, Snyder and Meltzer – in the mid 1950s. To absorb North Beach’s eclectic history, have a drink at the Vesuvio Café, a 70-year-old watering hole permeated with jazz, poetry, and the ghosts of its hard-drinking former patrons. Across the street is Lawrence Ferlinghetti’s legendary City Lights Bookstore, where Ginsberg's decade-defining Howl was first published and where the Beat literary phenomenon was born. Nearby, the Beat Museum is a funky little place with a collection that includes a rare copy of Howl, letters from Kerouac to Carolyn Cassady, and an invitation hand-drawn by Charles Bukowski. If you’re in the city in June, don’t miss the North Beach Festival, which has hundreds of arts and crafts booths, live music, food stalls and Italian street painting.

After the Beats came the hippies. Inspired by Timothy Leary to 'turn on, tune in, drop out', the flower children of the counterculture revolution gathered in the neighborhood of Haight Ashbury, where they established communes and grocery store cooperatives, painted stately Victorian homes – and themselves – in fluorescent paint, revelled in free-love and the music of Haight Ashbury residents, Janis Joplin, Jefferson Airplane and the Grateful Dead. The pot smoke may have dissipated, but vestiges of the alternative scene remain here and there in stores such as Relic Vintage, Amoeba Music, and the head shops that pepper the area. Flash back to the neighborhood’s past on walking tours with the Haight Ashbury Flower Power Walking Tour and finish up in Golden Gate Park, site of  the Summer of Love's 'Human Be-In', and now a 1000-acre green space with dozens of things to see, from the Conservatory of Flowers to the Japanese Tea Garden. 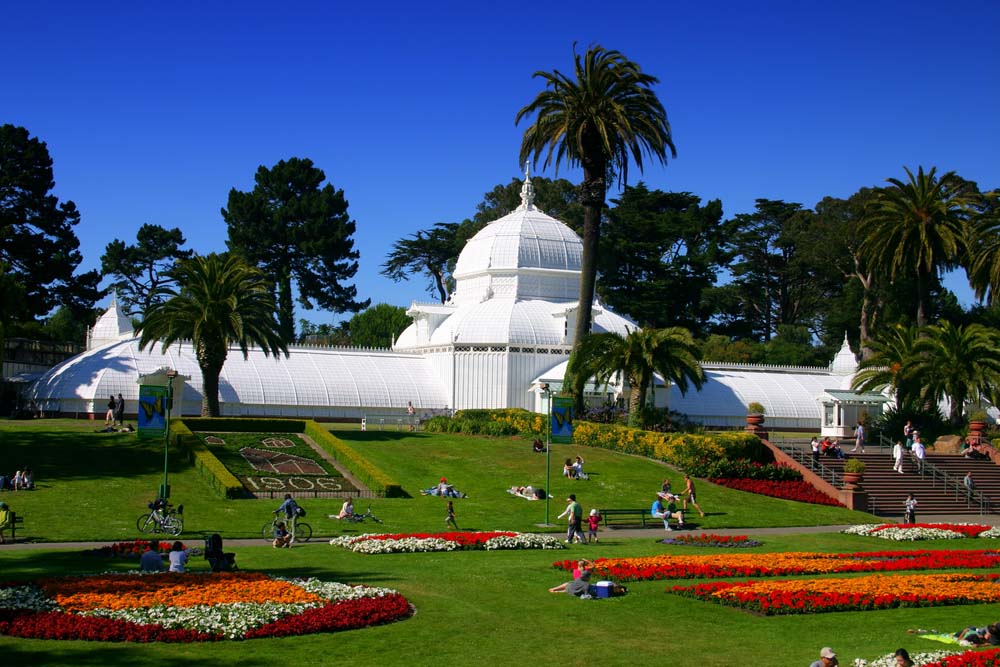 Places to eat in San Francisco

With thousands of places to eat, exceptional ingredients from land and sea, a melting pot of cultures and communities, and some of the most inventive chefs in the world, foodies are spoilt for choice in San Francisco. Whether it’s tasty street food or refined haute cuisine, there is something to satisfy every palate. Fisherman’s Wharf is your best bet for seafood, where Dungeness crab and seafood chowder are local specialities. Scoma’s is a justifiably popular place, serving 'pier-to-plate' Pacific seafood on a menu featuring Dungeness crab thermidor gratinato, Cape Cod clams and oysters 'Rockerfeller'. The SoMa StrEat Food Park is a 'culinary carnival', home to a cluster of food trucks serving everything from eggs Benedict to burgers, burritos and cheese steaks.

Peruvian-Japanese cuisine ('Nikkei') is on the menu at Kaiyo in Cow Hollow, where intriguing dishes such as Hokkaido scallop tiradito marinated in passion fruit leche de tigre, and Bigeye tuna ceviche with watermelon and pickled hearts of palm are served alongside Peruvian pisco sours and Japanese whisky cocktails. For a classic, filling and inexpensive American breakfast – think cornbread with jalapeño jelly, pancakes and eggs any way you can imagine – Dottie’s True Blue Café in Union Square has become a bit of an institution. Get there early to bag one of only 11 tables.

Californian cuisine all began at Alice Waters’ legendary Berkeley restaurant, Chez Panisse, where freshness, simplicity and the now ubiquitous farm-to-fork philosophy is everything. For the ultimate gastronomic experience, a continuation of Alice Waters’ culinary ethos, reserve (well in advance) at Thomas Keller’s three Michelin-starred restaurant in Napa, The French Laundry. 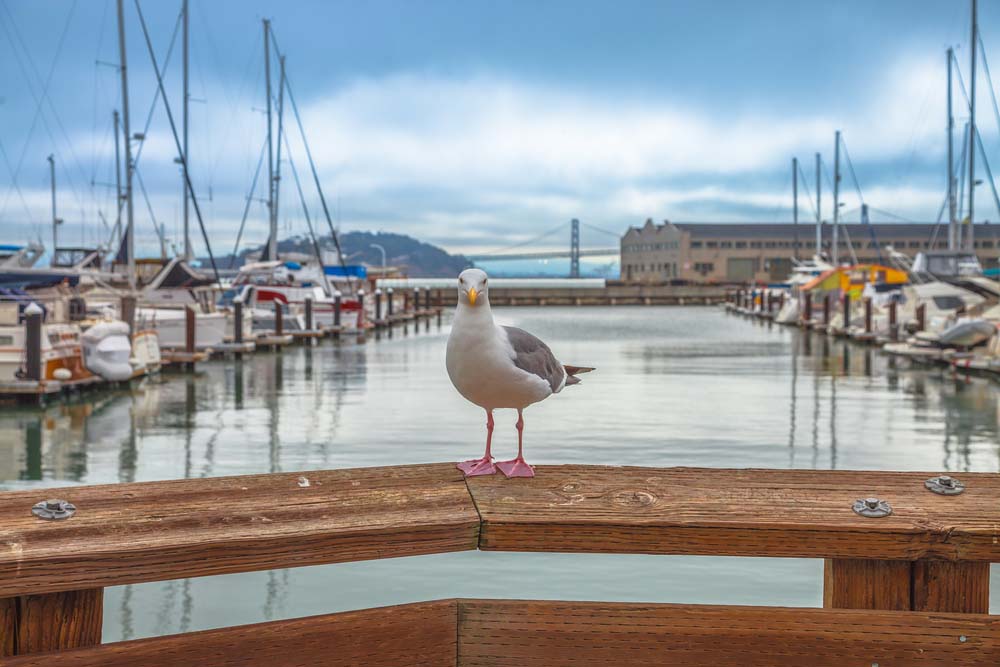 Ready to take a trip to San Francisco?

Our local experts can help you organise and book wonderful tailor-made trips to San Francisco. Simply get in touch letting us know your ideas for the trip and when you would like to travel. We will then prepare an itinerary especially for you, which can be amended until you’re completely happy with every detail before booking.