Planning a city break to San Francisco? Here's how to get away from the crowds to experience the city like a true local 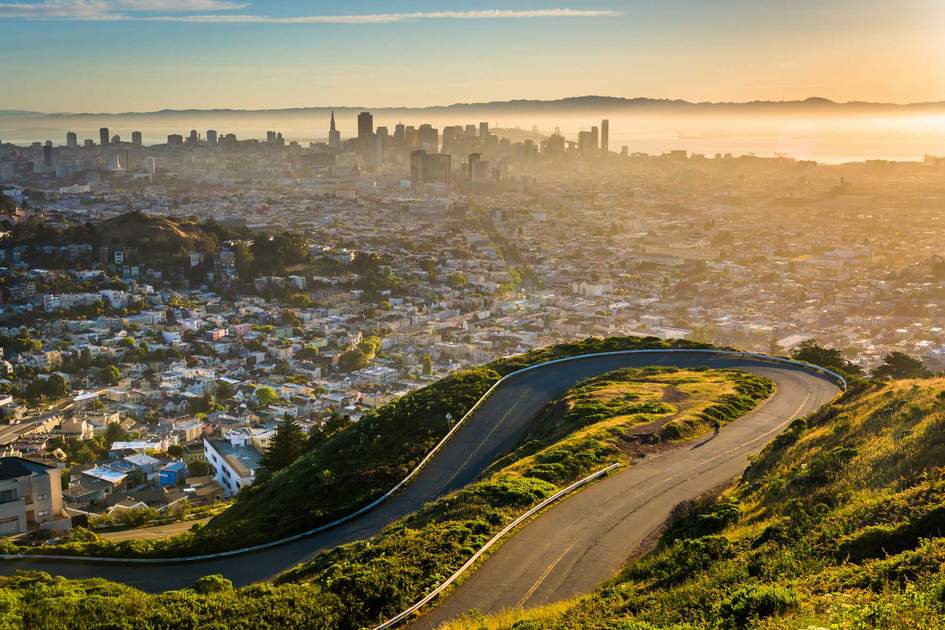 Curvy road and view of downtown at sunrise from Twin Peaks, in San Francisco. Photo: Shutterstock

Extending from the San Francisco Bay in the east to the Pacific Ocean in the west, San Francisco is a city of neighbourhoods, each with distinct personalities. Slicing diagonally across, Market Street divides much of the city by north and south. Here's what to experience in each like a local

1. Swim in the bay at a century-old rowing club, then taste perfection at Gary Danko

In an area that many equate with cheap trinkets and cheesy street art, two rowing clubs are bastions of authenticity that have endured for nearly 150 years. For a refreshing glimpse into the soul of the waterfront and an invigorating workout, the South End Rowing Club is a place where you can chat with salty locals and take a refreshing dip in the bay. Located next to the Hyde Street Pier in an unassuming clapboard building with a multi-million-dollar view, the humble South End was founded in 1873, making it one of the oldest athletic clubs in the western United States.

Next door, the Dolphin Club maintains a fierce yet friendly rivalry with its neighbour, and the two compete in an annual triathlon (rowing, swimming, and running). Though ‘membership only,’ both clubs are open to the public three days a week for a minimal fee. Boats are reserved for members, but visitors can swim (don’t forget the wetsuit!), lift weights, or play handball.

You will want to get in a good workout in preparation for the epic meal that follows. Gary Danko is the ne plus ultra of San Francisco cuisine – with prices to match. The tasting menu allows you to customise your meal: choose from appetisers like lobster salad with avocado and shaved fennel in a Meyer lemon tarragon vinaigrette, and entrees like filet of beef with curried cauliflower, cumin-cilantro, butter and tamarind glaze. The service is as impeccable as the food. 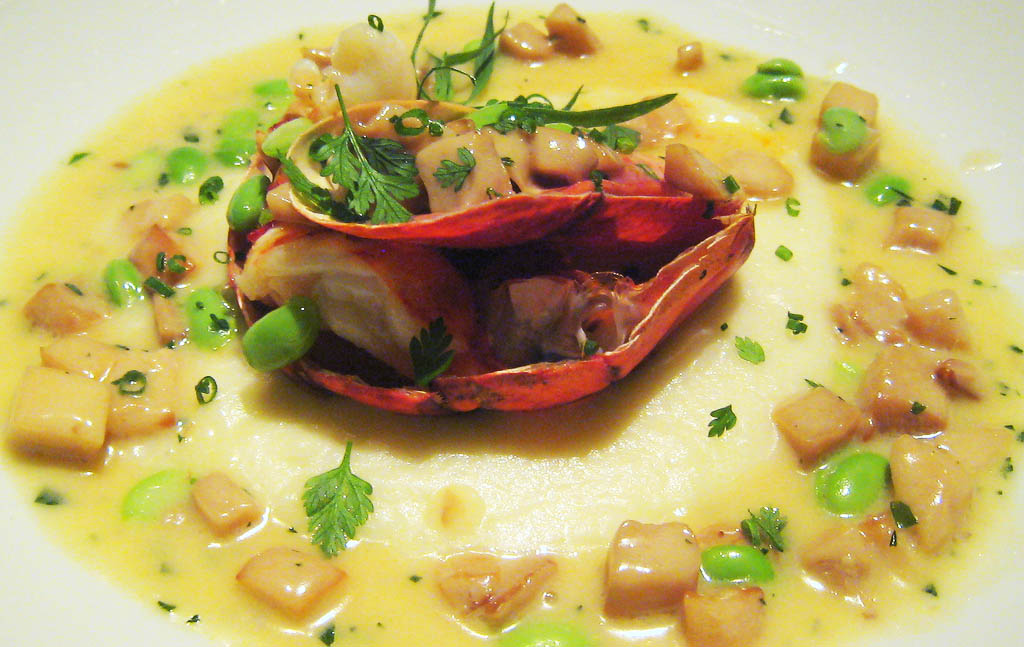 From 1920 to 1933, the sale and consumption of alcohol in the United States was outlawed, and drinking took place secretly in speakeasies. To experience a drink Prohibition-style, time-travel back to the 1920s at Bourbon & Branch, an unmarked bar on a seedy block in the Tenderloin. But it is not as easy as just finding it and showing up.

Once inside, you must abide by the house rules that include no cell-phone use, no photography, and soft voices. The interior is dark and sexy, with bordello-red wallpaper, antique oak tables, tin ceilings, and intimate booths. In the basement are five secret exit tunnels that allowed for a quick escape from the original speakeasy in the event of a raid. Jazz music plays, and the staff dress in keeping with the retro theme.

The bar menu features plenty of throwbacks as well as creative modern drinks and an extensive collection of bourbons and scotch.

A tip – if you don’t have a reservation, ring the buzzer and say ‘books.’ You will be taken to a secret location where you can enjoy a stiff drink, albeit without seating and from a limited menu.

These top things to see and do have been taken from Insight Guides: Experience San Francisco. Find out why you need a copy for your next trip here

3. Get high above Union Square in a glass elevator, then drink in the stars

If you find yourself traipsing around Union Square in need of a change of perspective, head to The Westin St Francis hotel. Cross the lobby to the bank of five glass elevators that cling to the exterior of the Tower Building. Step in and press ‘31.’ Once the elevator clears the hotel building in front, the city panorama unfurls before your eyes. As you catapult higher, your focus changes from peering into office windows, to staring down on little patches of green rooftop gardens, then to downtown high-rises, the bay and Coit Tower in the distance. This whimsical adventure is not ideal for those who have a fear of heights or popping ears, but it is a cool way to view San Francisco from above.

Another funky glass elevator is at the Hyatt Regency at the foot of Market Street. The elevator rises and falls inside a dramatic 17-story atrium lobby, recognised in the Guinness Book of World Records as the largest hotel lobby.

For those who can’t get enough of heights and views but could also use a beverage, The Starlight Room is on the 21st floor of the Sir Francis Drake hotel. Here you can sip a cocktail and drink in the stars during the week or enjoy the sequined spectacle of Sunday’s A Drag Brunch, featuring elaborately-costumed drag and transgender performers.

4. Take a walk on the wild side: cheap eats and urban art on Sixth Street

For an edgier, grittier scene than you’ll find elsewhere in the city, explore mid-Market’s Sixth Street. You will need to steel yourself against the homelessness in this area – it is not overtly dangerous, but the poverty can be overwhelming. Keep your wits about you as you explore this burgeoning counterculture, reminiscent of New York’s Lower East Side.

Start at 1:AM, a hip gallery dedicated to street art culture. Check out an exhibition, buy a cool hoodie, urban art print, set of spray paints, or sign up for a graffiti tour. It’s all about freedom of speech.

Before heading out to the clubs, you’ll want to stop for a bite, and gird yourself for a late night. Tu Lan is a cramped, hole-in-the-wall that serves delicious Vietnamese food. The pho and imperial roll noodle bowl will not disappoint. Or if you’re in a Mexican mood, Taqueria Cancun (1003 Market Street; tel: 415-864- 6773) serves excellent burritos.

Pick up your copy of Insight Guides: Experience San Francisco today. Written by local experts on the ground, it's packed with new ways to discover the world-famous city

5. Revel in expansive views of the city, the bay, and beyond on Twin Peaks

In a city of awe-inspiring vistas, the ultimate money shot goes to the mind-blowing view from Twin Peaks. Close to the geographical centre of San Francisco, Twin Peaks is named for the two summits that at 922ft (281m) are the second-highest peaks after Mount Davidson to the south. There is no public transportation to the top, and the signage to get there is spotty, but the view at the end is worth persevering for – encompassing Mount Diablo to the east, the bay and entire downtown skyline, and a sliver of the Pacific to the northwest.

Nearby you’ll find some other worthy treks with stunning views. Tank Hill, accessed from a small staircase off Twin Peaks Boulevard near Crown Terrace to the south, or at the top of Stanyan Street just beyond Belgrave Avenue to the north, is a rocky outcrop of undeveloped land that once contained a drinking-water storage tank. Small paths among fields of wildflowers lead to the circular imprint of the former tank. This is a cool hike from upper Haight or Cole Valley.

East of Tank Hill on Corona Heights, another magnificent view awaits. Here you will discover a community garden, a children’s playground, and a 60ft (18m) sheer rock wall. Uphill toward the peak, corkscrew around hills that open up to barbeque pits, tennis courts, and breathtaking vistas.

The Randall Museum sits atop this lofty crest and focuses on arts, crafts, sciences, and natural history for children. Exhibits include live animals, an interactive discovery zone, and a fascinating transparent Plexiglas beehive. 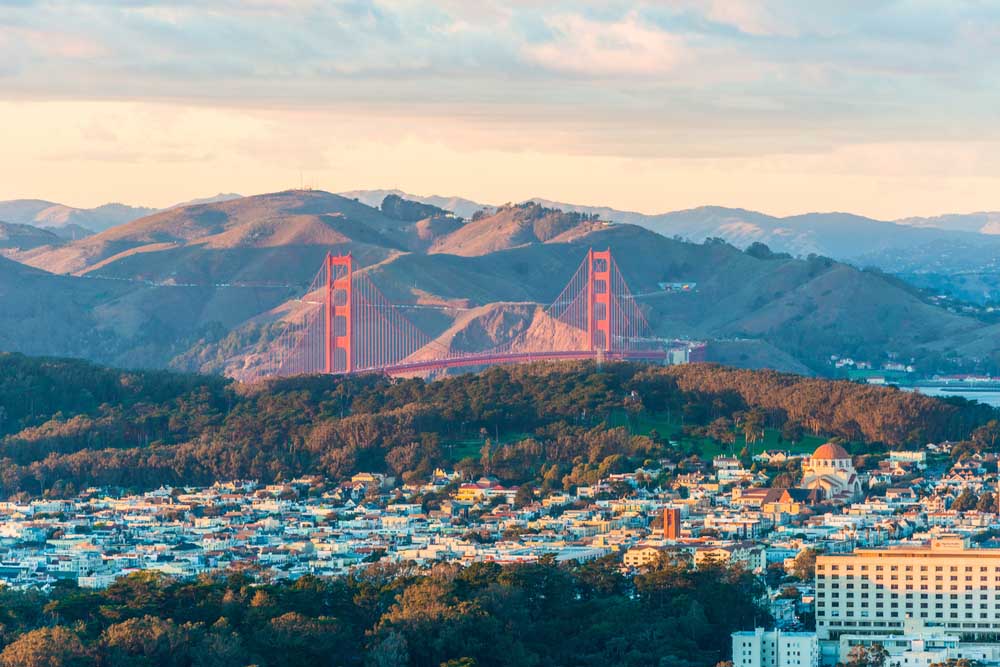 6. Find fresh alternative theatre at The Marsh, a breeding ground for new performance

What Union Square is to mainstream, the Mission has long been to alternative theatre. From one-woman shows to ensemble sketch groups, a few small, unique theatres have pushed the envelope, taking risks and reaping rewards.

One such risk-taker, The Marsh, has been a breeding ground for new performance for more than 25 years. Check out intimate local plays, works in progress, and youth performances here. Stand-up comic and media personality Brian Copeland workshopped his autobiographical Not a Genuine Black Man at The Marsh before taking it to LA and off-Broadway.

Another niche theatre, Brava! for Women in the Arts offers thought-provoking theater, music, and educational programs intended to celebrate feminism and multiculturalism – though not all of their productions ascribe to that agenda. Productions range from a one-man show probing questions of race, ethnicity, and homosexuality in hip-hop culture to a dark musical spoof on beauty, superficiality, and a youth-obsessed world.

Z Space has been around for more than 20 years producing a full season of work from a variety of disciplines including theatre, dance, music, performance art, and new media but it wasn’t until 2009 that they nailed down their own theatre space.

Established in 2011, Stage Werx has nurtured and produced eclectic and daring performance from circus acts and rock operas to stand-up and storytelling. If you’re looking for something a little different, you found it.

Looking for a little-more inspiration?

San Francisco Bay makes one of our five unmissable sightseeing cruises; find out why here

Alternative city breaks: what to do in NYC to experience it like a local