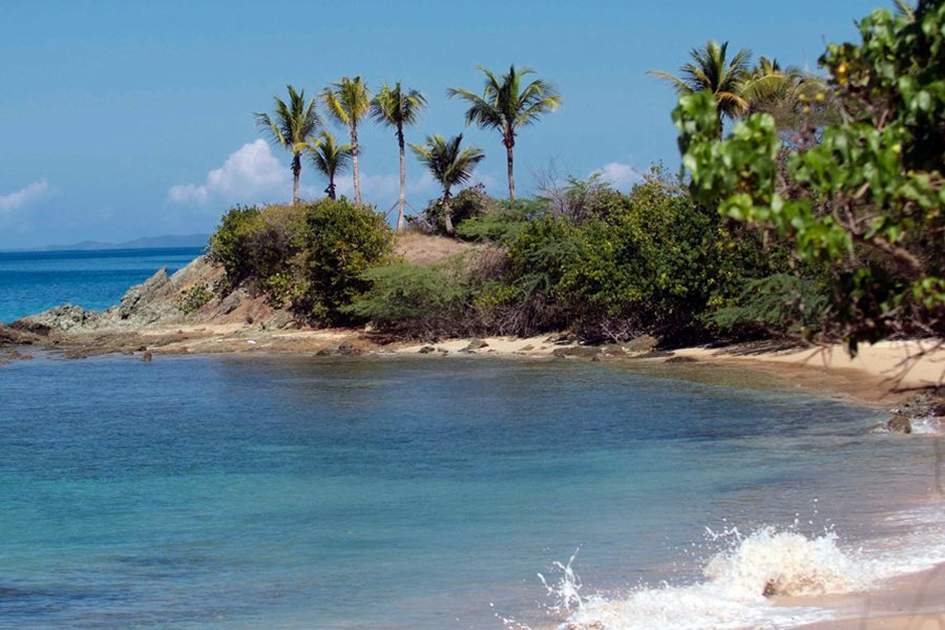 Said Voltaire of the Caribbean, “You go to heaven if you want, I’d rather stay here”. Owning a private island is the ultimate fantasy, best embodied by Necker Island, a millionaire’s playground in the British Virgin Islands. Richard Branson, founder of Virgin, bought it in 1979 for personal use, but now accepts paying guests, including Stephen Spielberg and George Michael. The island, a smooth green lump ringed with sand, is designed as an exclusive Balinese-style estate. A constant supply of bands, butlers and speedboats ensures that guests are happy.

Cruise passengers are tempted to think that they, too, can enjoy a private island for a day, but it is shared with thousands of others.

Celebrity hideaways couldn’t be further removed from the cheerful inclusiveness of the cruise lines’ private ports of call. Each island has its own fashionable following, with Mustique, St-Barths and Barbados among the most select. Mustique, put on the map by the late Princess Margaret in the 1960s, has been offering sanctuary to the stars ever since. From David Bowie and Mick Jagger to David Beckham and Tommy Hilfiger, celebrities appreciate the privacy symbolized by a secluded -pastel-pink villa and manicured lawns.

St-Barths is where the rich like to play poor, but vintage Veuve Cliquot may well accompany the baguette on the beach. The pared-down chic of St-Barths has much to do with the cheek of the French in daring to transform this arid rock into St Tropez. As a haunt of Rockefellers and Rothschilds, European royalty and international celebrities, St-Barths feels more Côte d’Azur than Caribbean. When you’re in port, play the mega-yacht game. Check out the vast private yachts, some so huge they can’t fit into Gustavia’s harbor, Google them, and then try to spot the famous owners and their glamorous guests.

Barbados, as anglicized as St-Barths is Gallic, represents an equally exclusive haunt for celebrities, who relish the re-creation of a colonial grandeur that never quite existed, typified by the luxurious Sandy Lane Hotel.

Not that these islands have a monopoly. Antigua is home to Eric Clapton, while tiny Barbuda is virtually a fiefdom of Krizia, the Italian fashion designer, who has created the exclusive K-Club for -publicity-shy celebrities. Parrot Cay in the Turks and Caicos is the most over-hyped hideaway, a colonial-style resort framed by coral reefs and cactus groves. Bruce Willis, Barbra Streisand and Britney Spears are all fans. There have been reports that the actor Leonardo DiCaprio has bought part of the tiny island of Blackadore Caye. The island, which is a short boat ride from the Belize barrier reef, is slated for development as an exclusive eco-resort. Meanwhile, Nicholas Cage, Johnny Depp and Julia Roberts all allegedly own islands in the Bahamas, as do Lenny Kravitz, Faith Hill and Jim McGraw.

Jamaica has its fans, too. After being “discovered” by Noël Coward, Jamaica appealed to Ivor Novello and Charlie Chaplin, Clark Gable and Errol Flynn. Ian Fleming, creator of James Bond, built Goldeneye, his winter retreat, here. Now owned by Chris Blackwell, the founder of Island Records, it remains a bolthole for stars such as Michael Caine and Harrison Ford, Pierce Brosnan and Sting, who penned Every Breath You Take while ensconced on the bamboo sofa.

Discover more with Insight and Berlitz