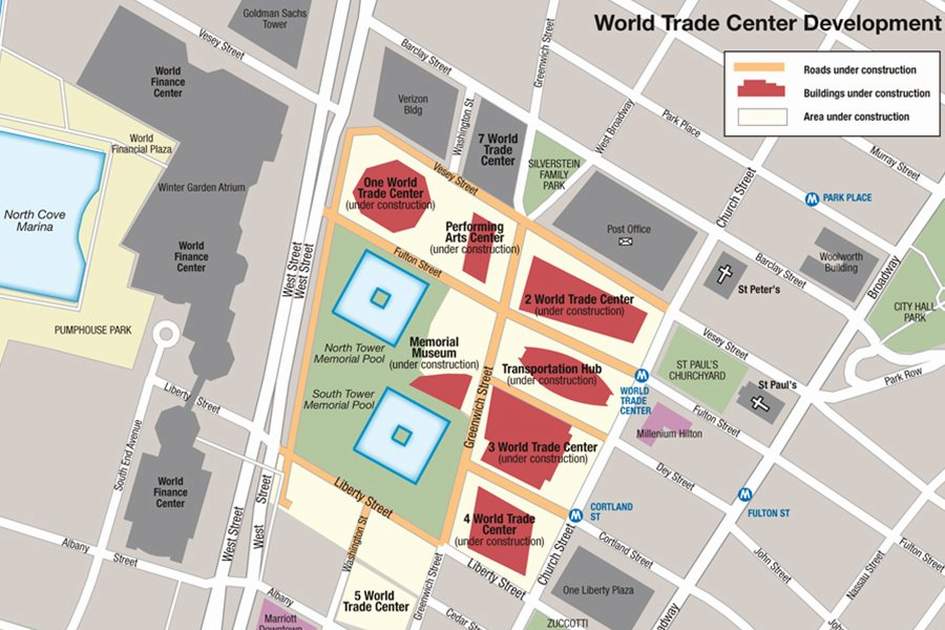 Since the horrendous events eleven years ago, the city of New York has been working on creating a re-imagined World Trade Center, mixing both the business demands for the land and the need for a permanent memorial for the 2,977 lives lost.

Gradually it is starting to to take shape.

The main focus for many is the skyscraper steadily rising into the skies above the former footprints of the Twin Towers. It had been dubbed the 'Freedom Tower' during the planning stages, and remains so to many despite its official (and slightly officious) title 'One World Trade Center'. It is now visible for miles around, and is starting to settle into the skyline where once the Twin Towers iconically stood.

The glass-and-steel structure currently rises to about 416 meters with an estimated completion date early in 2014, by which time it will have become the tallest skyscraper in New York and, depending on the official decision over the classification of the radio antenna on top, possibly the tallest in the Western Hemisphere.

The other structures under construction in the $15 billion project are facing mixed progress. The economic reality has taken its toll and plans have been changed time and again, meaning completion targets have spiralled backwards.

The current status of the project's main structures is as follows:

When complete, the new World Trade Center will be a more welcoming environment for its workers and visitors with much more space to walk and relax than in the earlier version. The large memorial gardens will remain a key feature at the heart of the district and have already welcomed 4.5 million visitors in their first year.

Obviously there is still some way to go and plans remain fluid but it seems that NYC will soon finally have a revitalised financial district.