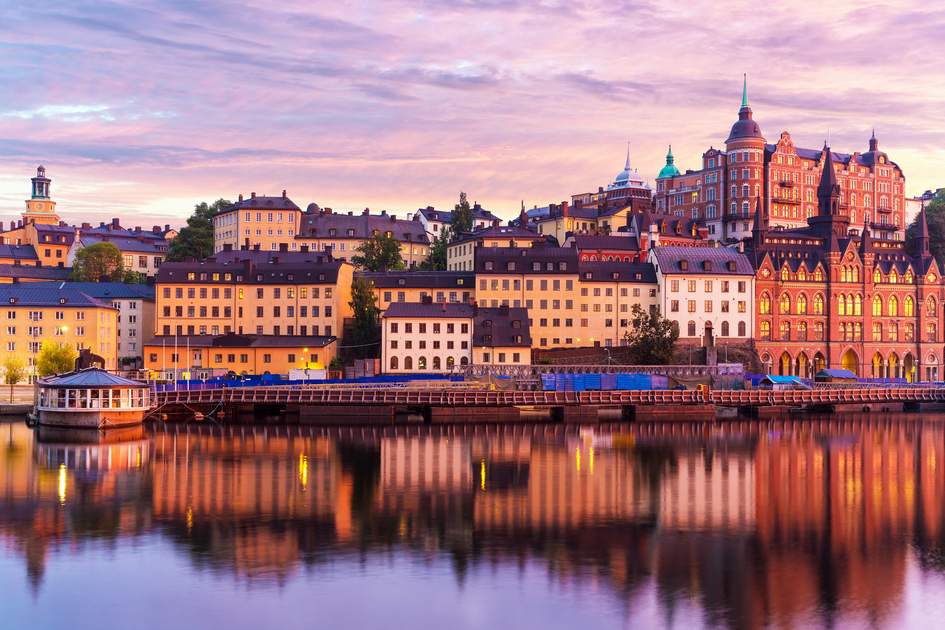 Scandinavia is our Destination of the Month and has a big presence on the big screen (and the small screen too!) that is attracting more and more visitors to the places featured in productions as varied as The Empire Strikes Back and Borgen. From glaciers to palaces to tattoo parlours, film critic and blogger Scott Jordan Harris takes a look at some of the best film locations to visit in Norway, Sweden and Denmark.

Location scouts for The Empire Strikes Back had a difficult task. For the alien ice world Hoth they needed a place that looked as if it existed a long time ago in a galaxy far, far away and as if its temperatures rarely rose above freezing point. What’s more, while the location had to seem like the most inhospitable place in the universe when it was on screen, in reality it had to be accessible enough to support the filming of a major movie.

They found what they needed in the Arctic climate of Finse, known as ‘The Roof of Norway’ and situated between Oslo and Bergen. The film’s battle between the heroic Rebel Alliance and the evil Imperial Death Squadron was shot on the beautiful but unforgiving expanse of the Härdangerjøkulen Glacier. For fans who would like to visit it, perhaps the best place to stay is the Hotell Finse 1222, where the cast and crew lodged during the production. Most of the Hoth locations are close to the hotel because temperatures were so cold the actors needed to be able to sprint back inside to warm up between takes.

Find out more about Norway.

The Girl with the Dragon Tattoo

Director David Fincher filmed extensively in Sweden’s capital, Stockholm, for his 2011 adaptation of The Girl with the Dragon Tattoo. The apartment occupied by computer hacker Lisbeth Salander is Brännkyrkagatan 68 in the island district of Södermalm, which is also home to the apartment belonging to the other main character, journalist Mikael Blomkvist. Blomkvist’s apartment can be found at Bellmansgatan 6 while the premises of the publication he works for, the fictional Millennium Magazine, can be seen at Hälsingegatan 34-38 in the central Vastastan district

To truly feel part of the Girl with the Dragon Tattoo experience, visitors should pause for a coffee at Vasatan’s Mellqvist Kaffebar (Rörstrandsgatan 4), which was the favourite hangout of both Mikael Blomkvist and Stieg Larsson, the real-life writer who wrote the bestselling novel on which the film is based. Should any fans want to commemorate their trip to Stockholm with a dragon tattoo of their own, they can visit Salvation Tattoo (Sankt Paulsgatan 14, Södermalm), which features in the film.

Find out more about Sweden.

The Heroes of Telemark

The Heroes of Telemark tells the true story of “the Norwegian Heavy Water Sabotage”, which took place during the Second World War. Kirk Douglas and Richard Harris lead a taskforce of saboteurs who infiltrate the Vemork Norsk Hydro plant, where Nazi scientists are developing heavy water, an important component of nuclear weapons. The plant is in the town of Rjukan in the county of Telemark, which as the title suggests features prominently in the film. Although the hydro plant still stands, it is no longer in operation. Since 1988 it has been the Norwegian Industrial Workers Museum, meaning the site is considerably easier for fans of the film to get into than it was for the film’s characters. For those who’d like to visit another place of historical interest in the area, Telemark’s Dalen Hotel is an idea place to stay. The impressive structure was built in 1894 to house the guests who began arriving because of the recently opened Telemark Canal.

Find out more about Norway.

Borgen, The Killing and The Bridge

The recent international success of Scandinavian television dramas has attracted many tourists to the locations featured in them. And no Scandinavian TV dramas are more successful than Borgen and The Killing. While the central character in Borgen is Birgitte Nyborg, Denmark’s first female Prime Minister, the title character is the building where she works. “Borgen” means “The Castle”, the informal name given to Copenhagen’s Christianborg Palace, which houses the Danish parliament as well as the Prime Minister’s office and the Supreme Court. While the TV show does not use the building’s interiors, every Borgen fan will recognise its unmistakable exterior. Visitors who want to eat like a head of state while in Copenhagen should try to get a table at Noma, which was voted the best restaurant in the world by Restaurant Magazine in 2010, 2011 and 2012.

Addictive murder mystery The Killing makes fine use of some of Copenhagen’s lesser-known sights as well as a few famous ones. Politician Troels Hartmann works in the ornate surroundings of Copenhagen City Hall (which is also used as the offices of the Moderate Party in Borgen) while the Birk Larsen family live in one of the Humleby district’s Carlsberg houses, which were built to home workers at the nearby Carlsberg factory. Tourists who want to make their own inspection of The Killing’s murder scene will need to head out to Pentecost Forest, which is close to Katstrup Airport.

Although Borgen and The Killing are the most famous Scandinavian dramas on our televisions, another murder mystery, the Swedish-Danish co-production The Bridge, has attracted a significant following since debuting in 2011. Anyone travelling to both Denmark and Sweden might want to make the journey between the two over øresund Bridge, which connects Copenhagen with Malmo. The øresund, which can be crossed by either road or rail, plays a large part in The Bridge: it gives the show its title and is the site of the grisly discovery that kick-starts the story in the opening episode.

Find out more about Denmark and Sweden.