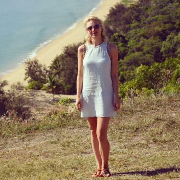 In the Pacific Northwest, New York’s hip little brother, Seattle is forward-thinking, open minded and constantly evolving. Businesses such as Amazon and Starbucks have made it their founding city bringing huge investment. Check out our guide to why Seattle is a top destination in 2018. 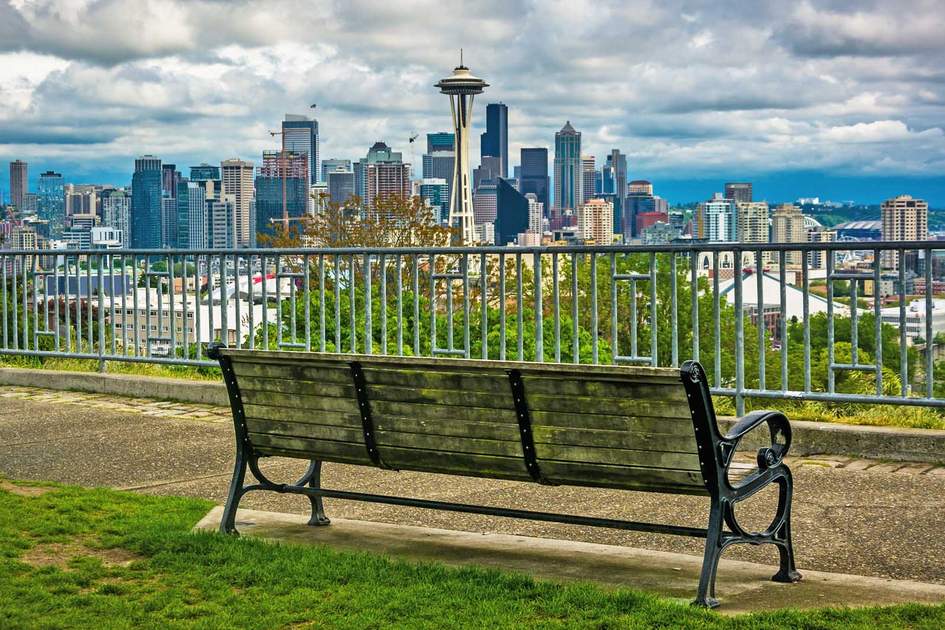 The futuristic sounding Space Needle is the centrepoint of the iconic Seattle skyline. Enhancing already impressive 360 degree views over the city, the towering landmark’s ongoing renovation means it now boasts glass floors in its restaurant and full length glass panels on its observation deck. Become part of the skyline with the needle as your backdrop, or travel the 520 feet up to the deck to take in panoramic views over the city.

Looking for something a little more off the beaten track? Or maybe even under the beaten track? The 18 foot high Fremont Troll sculpture sits beneath the Aurora bridge and is great fun to climb with a group. Built in true 1990s spirit by a group of local artists, the troll offers the perfect opportunity to let your inner child come out. 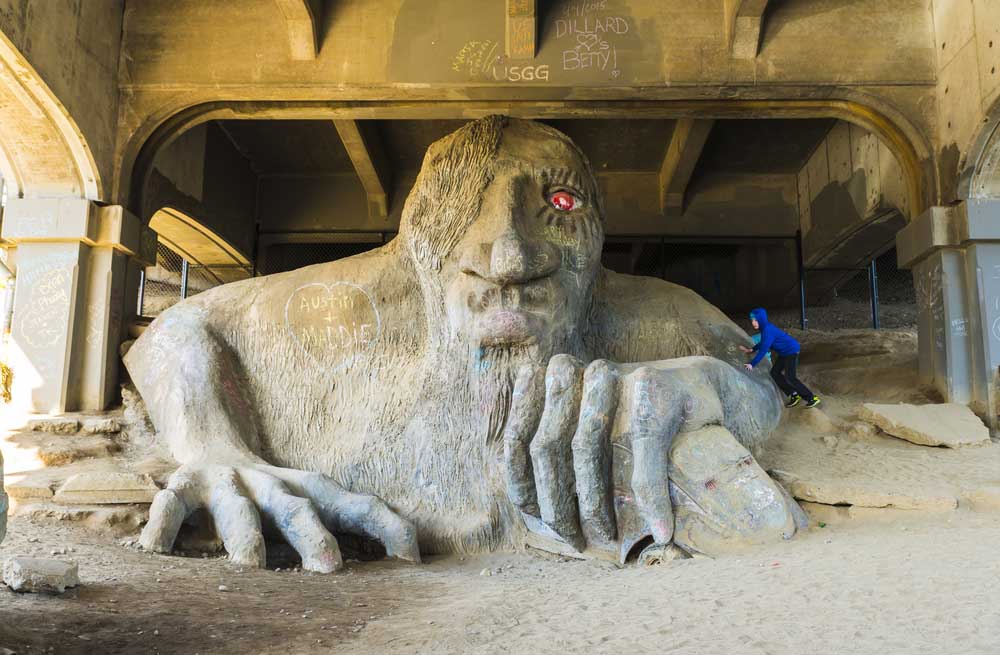 The cultural heart of America

Seattle has a neighbourhood to suit every taste, and all are easily navigable from Downtown. The city’s central financial district, Downtown is also home to many of the Seattle’s major attractions so makes a good base for newcomers to the city.

First on the list should be Capitol Hill (just Northeast of Downtown), which is where to head for if you’re in search of vibrant nightlife culture and entertainment. Kick off your visit with a trip to Bar Vacilando for eclectic small plates in an airy and refined setting. This stylish bar also offers creative cocktails, which you can savour in the leafy courtyard.

For unique and quirky, head just south of Downtown to Pioneer Square which stakes its claim as Seattle’s ‘first neighbourhood’ and is the seed from which culture has grown over time. Central Saloon, the city’s oldest saloon, hosts live rock shows seven nights a week. Since first opening its doors 125 years ago, it has fed and watered miners and sailors, and hosted live acts from Jimi Hendrix to Nirvana and Soundgarden. The relaxed saloon bar continues to stage a broad programme of up-and-coming bands.

No cosmopolitan city would be complete without an art scene, of course. Take the Gum Wall, located in an alley running under Pike Place Market, which positions itself as ‘collective art’. Coated in pieces of multicoloured chewed gum, the draw of the wall is perhaps that anyone can contribute to it! Nearby, Seattle Art Museum hosts exhibitions taken from its collections of Pacific, Native American and Modern American works, as well as international touring shows. On the first Thursday of every month, you can take advantage of free admission, but on every other day being part of the art scene will set you back US$19.95. Well worth it for the scale of exhibits, despite the relatively compact size of the space.

The food and drink

Visiting the birthplace of Starbucks, you won’t have to look hard to find your next caffeine fix! It’s said that there are 23 Starbucks shops to every 100,000 residents here. You can sip your cappuccino in the second café they built, just off Pike Place (the original was located at 2000 Western Avenue but moved to Pike Place) or find one of the new cosmopolitan coffee shops that pride themselves on serving ethical coffee in arty surroundings.

Pike Place Market has been a staple part of the Seattle scene from 1907. With a backdrop of the Elliot Bay waterfront, this landmark farmer’s market is a firm favourite whatever you’re looking for. With enough energy, you could easily spend a day browsing the nine acres it covers. Open all week, a visit here is a great way to sample the true character of the local community. 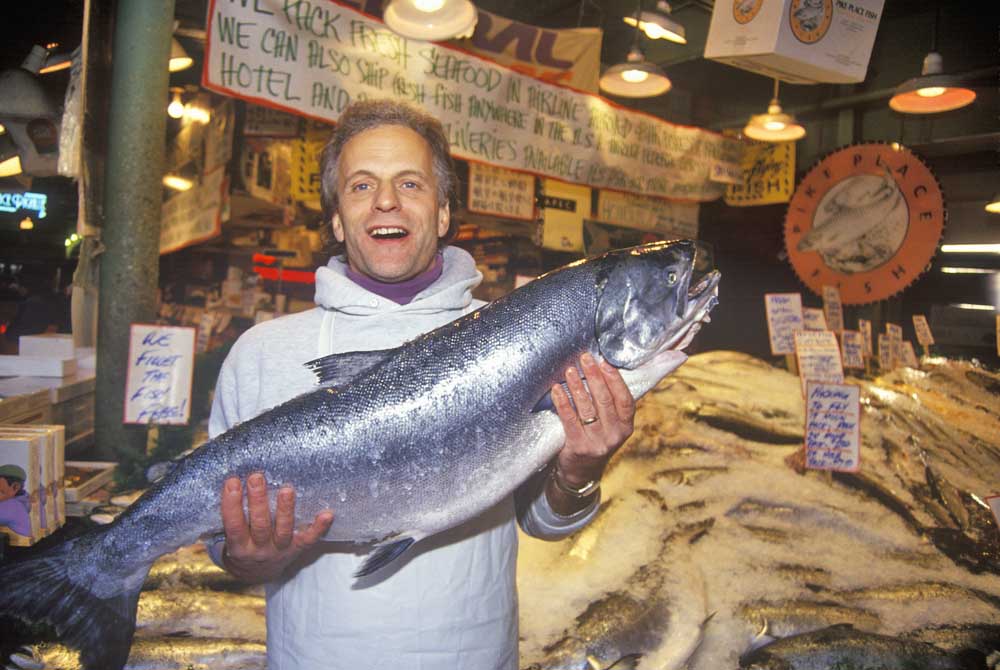 Not just a cityscape, Seattle also offers a rich natural landscape. They don’t call it the Emerald City for nothing! The best time to visit is between March and October, when the rain eases a little and you can see the results of all nature’s watering. This is also the best time for whale watching, which can be organised with a tour or as your own adventure. Three lakes lie within Seattle, so watersports are also a big deal in the summer months.

Kerry Park in the Queen Anne district offers spectacular views back over the city, and is a lovely spot to just sit and soak it all up. If you’re craving something even more cut off from the rest of the world, Waterfall Garden Park tucked-away to the south of Downtown, is a beautiful little oasis with a 22-foot waterfall. Lake Union (where Sleepless in Seattle’s father and son duo Sam and Jonah have their boathouse) is a great vantage point for the Seattle skyline. Seaplanes and pleasure boats offer exciting ways to it view it from differing perspectives. 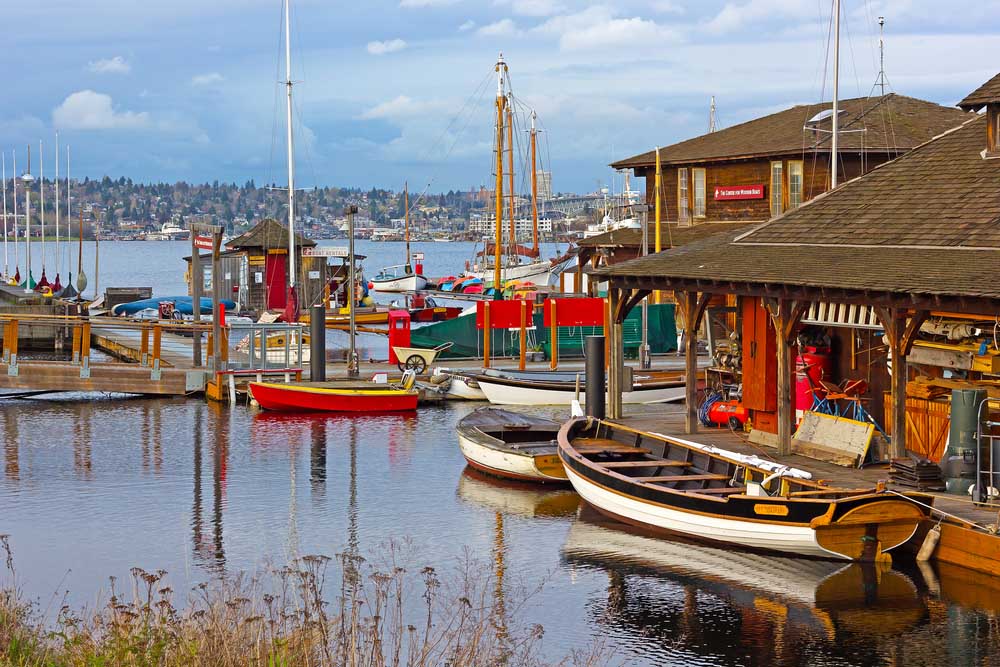