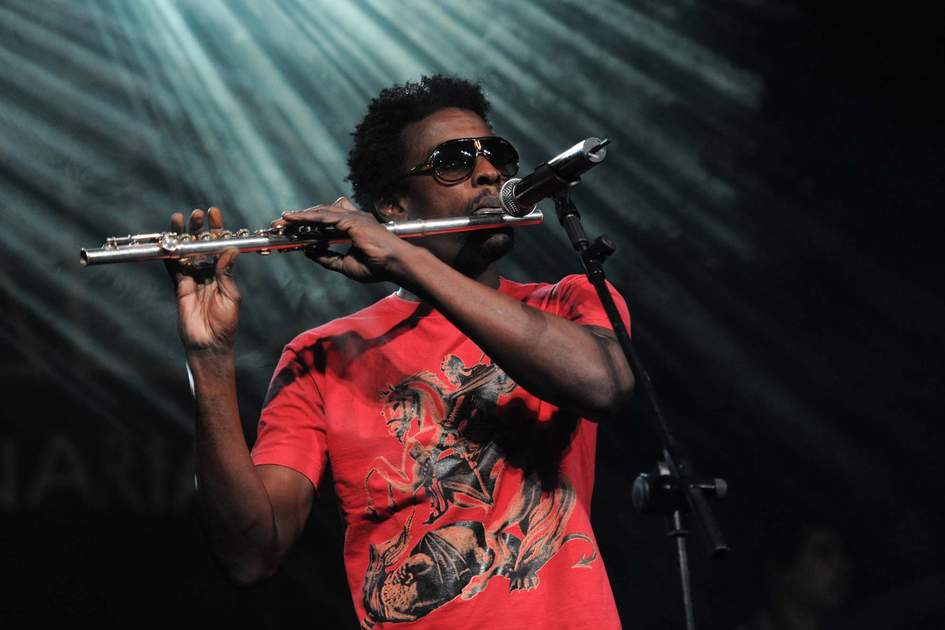 The shockingly realistic film Cidade de Deus (City of God), released in 2003 and nominated for four Oscars, was set in one of Rio’s most violent favelas (shantytowns), many of which are just yards from the most famous beaches in the world. The film launched one of Brazil’s most talented and now best-known singers and actors, Seu Jorge, who played Knockout Ned. The role was conceived for the lanky singer/songwriter by the co-director, Fernando Meirelles.

Jorge had grown up in a favela like the one in the film, but escaped its poverty and the usual short lifespan through music and community theatre after spending several tough teenage years on the streets busking. As that film demonstrated, Jorge is a talented actor as well as a singer, and he has become an icon in his native Rio, committed to using his work to transform life in the favelas.

Seu Jorge was already a key player on Rio’s exploding new music scene by the time he was cast for the film. Meirelles knew of his first group, Farofa Carioca, which played electronic versions of the catchy funk-sambas created in the late 1960s hits by Jorge Ben Jor.

Jorge went solo with his album Samba Esporte Fino (released internationally as Carolina), a collaboration with Beastie Boys producer Mario Caldato. The title song was an international club hit and appeared on several compilations released in Europe, which contributed to the interest in the new generation of Brazilian artists, and Seu Jorge in particular.

Songs for a Barbecue

Through Meirelles, Jorge was invited by Wes Anderson to appear in his 2004 film The Life Aquaticwith Steve Zissou, alongside Bill Murray, Anjelica Houston, and Willem Dafoe. Every reviewer mentioned the elusive black guy in the red beanie hat who sang bizarre Portuguese versions of the David Bowie hits Rebel, Rebel, Rock’n’Roll Suicide, Life on Mars, and Starman.

During filming, Jorge recorded his second solo album, Cru, in Paris, produced by Gringo de Parada of the Favela Chic club. A collection of guitar-backed songs, it opens with a small samba guitar (cavaquinho), light and jangly against the jumpy samba rhythm that threads through the whole album. Squeaky cuíca drums converse with the voice, and earth-shaking beats of a surdo (big Carnival bass drum) drive you to dance.

Jorge, who performed at the closing ceremony of the 2012 London Olympics, is part of the new generation of Brazilian performers who are willing to tour outside of Brazil to develop new fans and satisfy their existing overseas fan base. His extensive América-Brasil tour, CD and DVD produced his biggest hits to date, Burguesinha, Mina do Condominio and Trabalhador. He also found time to perform and record a hit album, Ana e Jorge, with another contemporary Brazilian star, Ana Carolina, and released a CD of his show at the 2005 Montreux Jazz Festival.

In 2010 he released Seu Jorge and Almaz, a quirky collection of covers of musicians he admires, from Roy Ayres to Michael Jackson and Kraftwerk, and in late 2011 released the monster hit album, Músicas para Churrasco Vol.1 (Songs for a Barbecue), that contained a number of hits. A DVD of the live show was released in 2012.

Seu Jorge continues to act and has performed in a number of films since The Life Aquatic with Steve Zissou, with a leading role in José Padilha’s Tropa de Elite 2 (Elite Squad 2), which was released at the end of 2010. He is currently filming of the motion picture Pele, a biopic of one of Brazil's greatest football players.