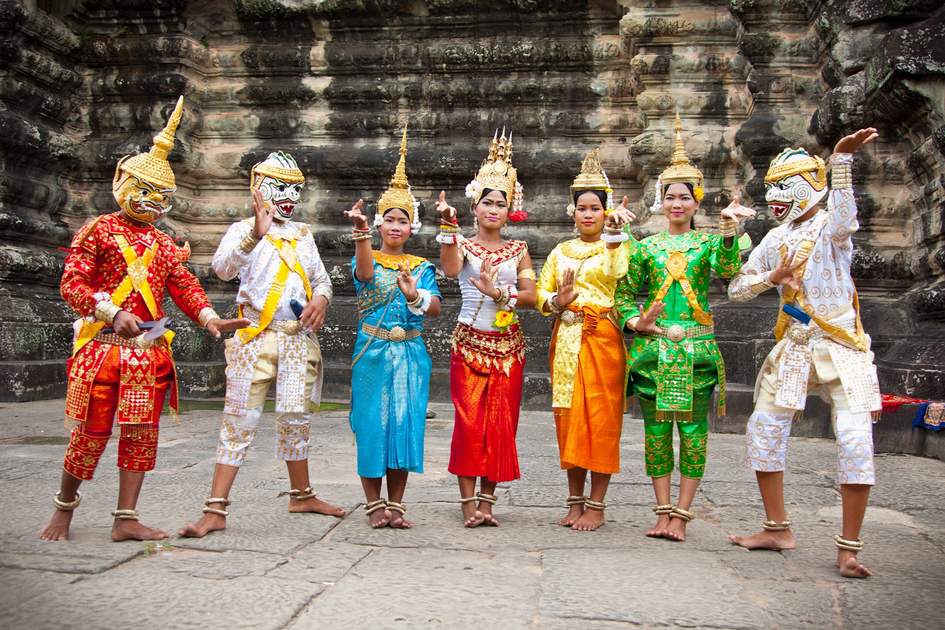 The tradition of royal dancing in Cambodia is at least 1,000 years old. Inscriptions indicate that the kings of Angkor maintained hundreds of dancers at their royal courts. The celebrated temple of Ta Prohm, endowed by Jayavarman VII in 1186, maintained no fewer than 615 dancers. The origins of Cambodian dance are not hard to discern – like so much in Khmer culture, they are rooted in Indic tradition, especially that of the Ramayana, though a great deal of cultural exchange has also taken place between the royal courts of Phnom Penh and Bangkok.

Cambodian mythology and, more particularly, Cambodian temples are both richly endowed with bas-reliefs and murals of apsara or celestial dancing girls. These nymphs are graceful, sensuous females who dance to please the gods and to keep the cosmos moving in an orderly fashion. In technical parlance, the term apsara refers to celestial females who dance or fly, while their sisters who merely stand, albeit with amazing grace, are called devata or “angels”. Almost every temple has its quota of apsara, but it is generally agreed that the finest examples are to be found in the bas-reliefs at Angkor, and that the best apsara are in the “Churning of the Ocean of Milk” in Angkor Wat’s East Gallery. In this epic scene from the Bhagavad-Gita, gods are encouraged in their creative endeavours by beautiful apsara flying above them. 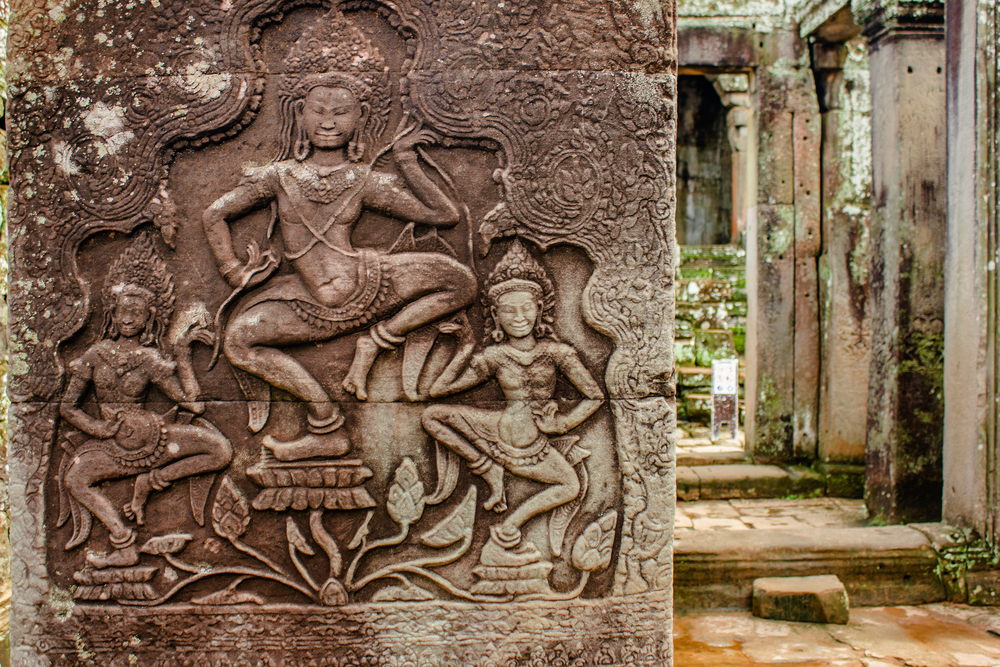 The Royal Ballet suffered particularly badly during the vicious years of Khmer Rouge rule, when Pol Pot – who had relatives who danced in the company – attempted to crush the tradition completely. Fortunately a handful of dancers survived, either in hiding in Cambodia or in exile in France, and today the ancient tradition is being carefully revived. There are currently around 50 teachers of classical dance and between 300 and 400 students at the School of Fine Arts in Phnom Penh, and another school has been established at Siem Reap near Angkor. To catch a traditional show, see ourtrips pages for inspiration.

I turned back home last Saturday after a honeymoon in Thailand. I had a beautiful and very interesting tour from Bangkok to Mae Hong Son and then I spent the last days in Koh Samui enjoying the peace and quietness and the beauty of the sea. I really want to express my thanks and my satisfaction to your company and in particular to our guide. He is a helpful, honest, kind and funny man. He has a great passion and love for his country and this thing helped us to love and appreciate Thailand more than we could do. It was a unforgettable experience! I did not find a way to do it when I was in Thailand so I’ve decided to write this email because I think it’s important for you to know the opinion of your costumer. Kind regards.