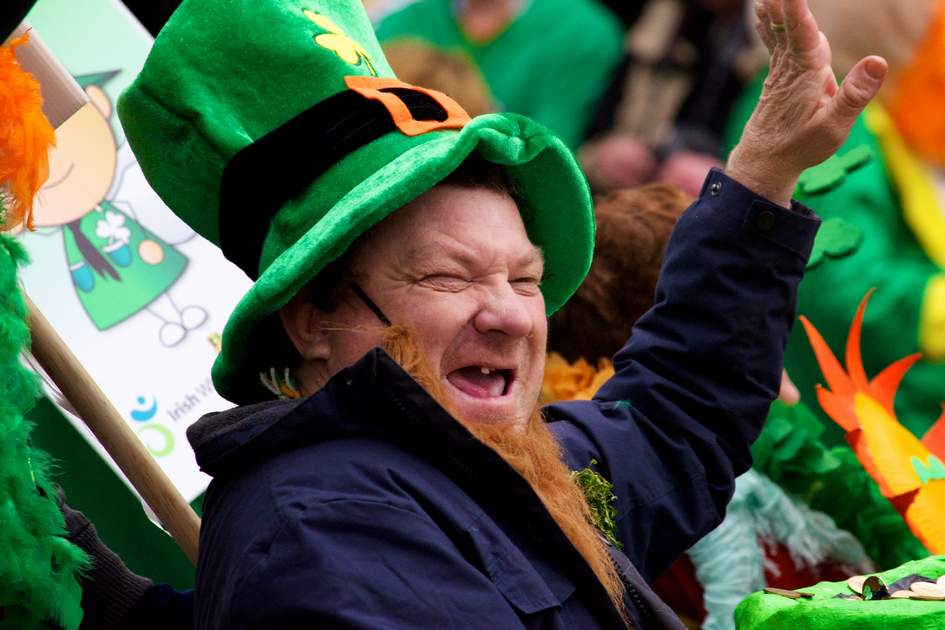 This Sunday, 17th of March is St. Patrick's Day - Ireland's beloved national holiday. It is well known that this is a day of celebration and partying around the world, with crowded parades, green beer and other beverages and thousands decked out in green, but some may not know the story behind it all...

It is called St. Patrick's Day after Ireland's patron saint who was bought to Ireland as a slave in the early 5th century only to later escape and leave the country and come back as a missionary, bringing with him Christianity, and, as legend has it, banishing all snakes (to be believed or not - the only snakes in Ireland today are imported ones!).

The shamrock is also associated with the day, and many people wear it pinned to their chest, or have it emblazoned across hats and T-shirts! This is because St Patrick used it (quite successfully it would appear since the country is very much Christian today) to explain God to the pagans, with the three leaves of the shamrock representing the Holy Trinity.

It is celebrated on the 17th of March, as this is the day that St Patrick is believed to have died.

The Pubs of Ireland

There can be no better place to celebrate on the day itself than in that most joyous of locations, one of Ireland's pubs. Economists have long been predicting the downfall of the Irish pub, and many smaller rural pubs have indeed been forced out of business. But the country still supports 10,000 pubs (8,500 in the Republic; 1,500 in Northern Ireland), and the rural pubs that have survived remain the epicentre of small towns where the community still comes together for its social and neighbourhood business. The paint may be peeling in some, but traditionally, they have been places where people meet, not just to drink and hold parties or wakes, but to gossip, talk football, solve the world’s political problems, try to pick a winner in the 2.30 Leopardstown race meeting, tell tall tales or simply céilí the night away. 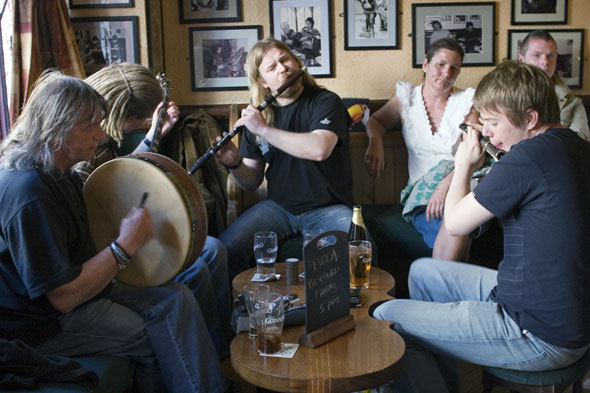 These traditions survive. From the regular sessions of the seanchaí (storyteller) in the Red House in Lismore, west Waterford, to Osbourne’s pub in Clongeall, south Carlow; from O Loclainn’s in Ballyvaughan, Co. Clare, to Kate Lavin’s in Boyle, Co. Roscommon; and from Blakes of the Hollow in Enniskillen, Co. Fermanagh, to Frawley’s pub in Lahinch, the customs and atmosphere – like the best whiskey – remain undiluted.

Many bars – especially the part-grocery/part-pub ones – are family-owned and can trace their longevity back several generations, although only about 200 pubs have been in one family for at least 100 years. Some commentators have pointed out that if such a lack of stability of ownership was to be found in farming, it would be declared a national scandal. Fortunately the days of the characterful country pubs with a thatched roof and turf fire have still not disappeared, although many don’t open until early evening as there are fewer daytime customers. 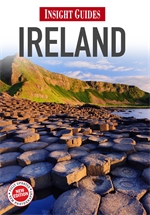 For more on Irish history, culture and craic, pick up an Insight Guide to Ireland and visit the country in all its splendour.