Street art in the time of coronavirus

This month, cities around the world are beginning their slow road to recovery, gradually lifting their coronavirus lockdown restrictions. Urban residents everywhere are opening their shutters on a Brave New World, decorated with a raft of brave, new art. 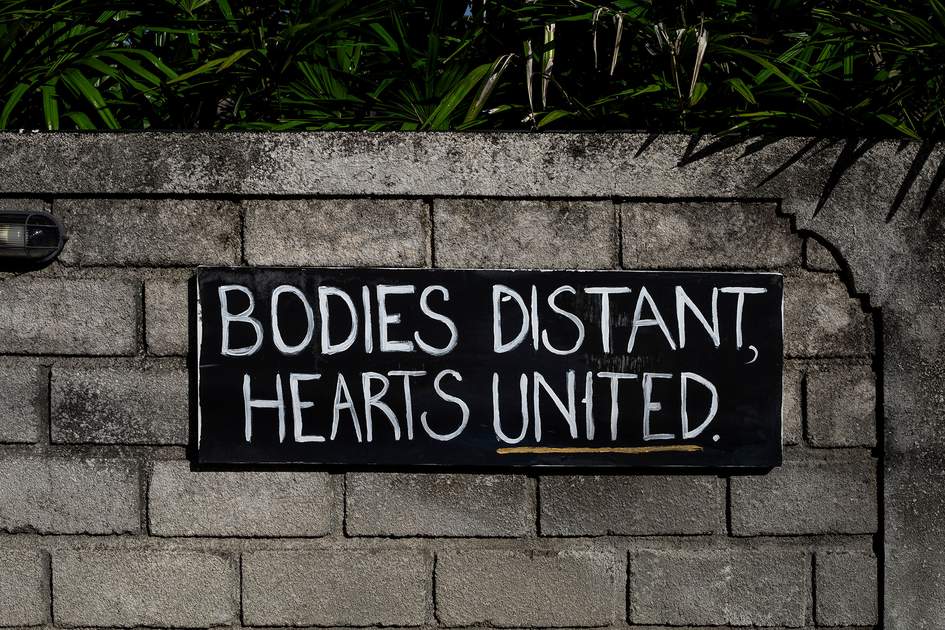 The epidemic of covid19, art 2020. Writting on the wall in Indonesia. Photo: vergor/Shutterstock

Street art has long been an important form of artistic expression, and not just for fun – graffiti is frequently used to depict pressing political and social issues, often at the hand of marginalised communities struggling to make their voices heard. With the biggest public-heath crisis of our generation, it comes as no surprised that graffiti and murals across the globe have sprung up, offering messages of support and community, but also dissent. From a psychedelic coronavirus cell splashed across a wall in Dublin to Gollum from Lord of the Rings worshipping a toilet roll in Berlin and a San Francisco fence adorned with Trump sprouting the virus, the murals are bright, bold, political – and funny. Closer to home, world-famous street artist Banksy – who heralds from the home-turf of Bristol – has picked up the spray can too, with artworks showing rats running riot in a bathroom to a moving tribute to the NHS.

It seems fitting that a global crisis of epic proportions should be met with a public art form, despite lockdown restrictions making street murals harder to create. Never before has government policy affected our public spaces in this way, with rules on where we can go – and for what reasons. And it’s not just about the restrictions: the pandemic has exposed vast inequality and thrown up an array of social issues, too.

The coronavirus is far more likely to be fatal for ethnic minorities, and also exposes divisions in access and wealth. It is also deeply worrying for those with less money – people with no savings to shore up against unemployment and cut salaries, with no help paying rent. In addition, poorer areas are likely to be more crowded, increasing the risk of spreading the disease. These social issues are gravely concerning, while lockdown restrictions have also been used by some nations to crack down on protest movements. As usual, street art is fighting back.

Street art gives a meaningful voice to urban communities that frequently lack representation in the corridors of power. Here are some new Covid-19 artworks to look out for in five countries around the world.

In a country overseen by one of the most controversial presidents in the world, with one of the most controversial Covid-19 policies in the world, it follows that some of the best corona street art is found in the mighty US of A. From a piece by Pony Wave showing people kissing in floral masks on Venice Beach to a San Francisco fence adorned with Trump as the virus and a mural of Cardi B updated to don a facemask in San Antonio, there’s plenty to marvel at.

Berlin’s grit and glamour – and its anti-establishment credentials – make it a prime canvas for graffiti. And the city’s relationship with street art goes back a long way, too: the Berlin Wall – morphed into the current East Side Gallery – speaks volumes, adorned with a collection of pertinent, moving and defiant murals. Today, one of the best corona artworks depicts Gollum from Lord of the Rings, obsessed with a roll of toilet paper.

Italy has some fabulous al-fresco street art on show, too. In Catania, you’ll find a piece paying homage to one of the country’s most famous cultural icons: Mona Lisa sporting a facemask. Meanwhile on a Bergamo hospital, a frontline medical worker cradles Italy like a baby in her arms. The accompanying message of gratitude reads “A Tutti Voi… Grazie!” (“To All of You… Thank you!”).

In the UK, street art has sprung up the length and breadth of the country paying tribute to the grand old NHS. Artworks from Pontefract to the East End emblazon NHS workers with the Superman logo. Banksy has joined the chorus, with a moving depiction of a child choosing a nurse toy over Batman and Spiderman – while Jamie Wardley in West Yorkshire painted a 100-metre wide “Thank you” tribute to the NHS across a field, opting for the bigger is better approach. Several artworks have also been spotted that pay tribute to Captain Tom Moore, who raised more than £1.5 million for the NHS shortly before his 100th birthday by walking laps of his garden.

Over in Senegal, where only half the population is literate, street art is being used as an essential means of keeping its citizens safe. Here, murals are being harnessed as a tool for spreading awareness of Covid-19 restrictions, and to encourage people to stay safe and at home. Colourful murals extol the virtues of hand sanitiser and facemasks, as well as providing simple information about how the virus is spread.

The use of graffiti on the streets of Senegal once again demonstrates the art form’s levelling appeal and ability to speak to the masses. Versatile, pertinent and political, street art reflects time and place with powerful immediacy.