Swanning about on the Thames 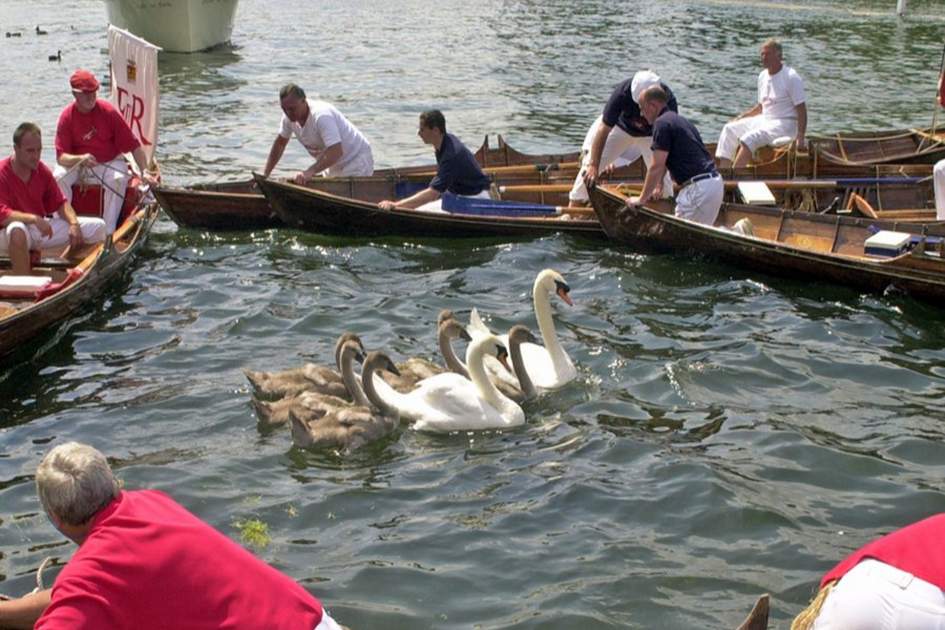 Swan Upping on the Thames

Swans on the Thames

Be it due to centuries of rigid social structure, a regal influence or even the ever-changing weather, it seems eccentricity has nested firmly in the heart of the British Isles. In day-to-day life it doesn’t take long to stumble across something that can baffle, amuse or confuse and this week sees the hosting of one such event.

The annual Swan Upping upon the River Thames begins tomorrow (a day later than planned due to flooding). This long standing task, dating from the 12th century, sees a small flotilla of boats set course upstream from the leafy western suburbs of the city towards the edges of Oxford. Its purpose? Counting swans.

Swans have a strong link to royalty in the British Isles with a tradition that states that all mute swans on open water are owned by The Crown; the ‘Upping’ event being conduct as census. These days it is less about ensuring a fully stocked larder (swan being a spectacular feature of many past Royal banquets) and more for the study and preservation of these magnificent birds.

The task falls to David Barber, The Queen’s Swan Marker who, with a uniformed team (including representatives of two other owners of swans on the river, the Vintners and the Dyers) slowly heads upstream in search of the swans. Once a family group is located, the boats slowly surround, capture the swans and take them ashore to be examined and marked. When the traditional marking of their beaks became undesirable, the Uppers turned to the more acceptable method of ringing the birds' legs. The only birds ringed however are the Vintners’ and Dyres’ as The Crown's swans are left unmarked (but still logged).

The event begins Tuesday 17th July 2012 at Eton Bridge at 9.00 am and ends in Abingdon, Oxfordshire 5 days later. 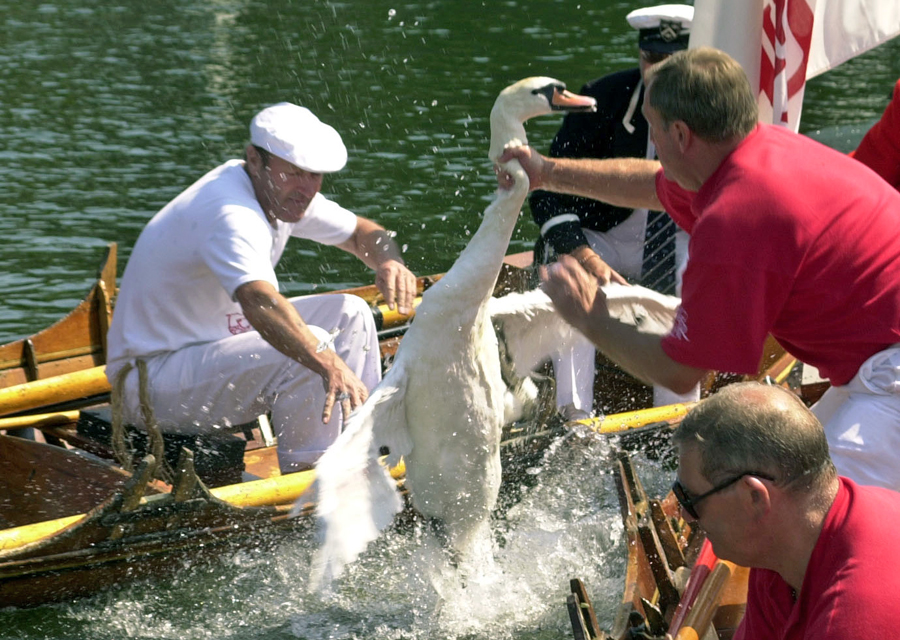 Although it looks harmful,  great care is taken over the birds.

Further downstream there lies an opportunity to observe a very different type of bird. London is home to an increasing number of Peregrine falcons, who find the pigeons that fill the city a wonderful source of food. The falcons can be spotted over the city in flight or resting perched upon tall office blocks and buildings.

From now till the 9th September the RSPB (Royal Society for the Protection of Birds) sets up a stand at the Tate Modern. This tall, repurposed power station’s chimney has been a great place to spot the falcons and the Society encourages everybody to get acquainted with the birds, with the aid of field glasses and spotter scopes.

There are also regular sightings at the London Wetland Centre in Barnes, West London, where the birds occasionally feed upon the visiting ducks, much to the mixed appreciation of the ornithological visitors. 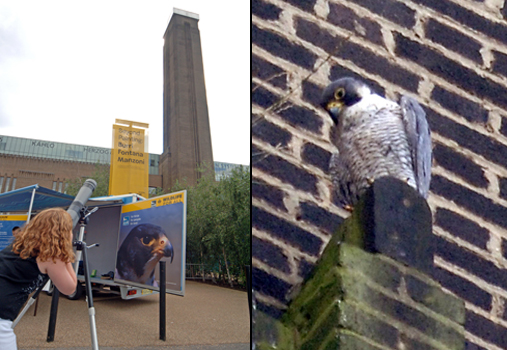 The Peregrines of Tate Modern