The 7 coolest castles in Europe

Europe encompasses a wealth of architectural masterpieces, including imposing fortresses that were hugely important medieval buildings, each with its own story. From fairytale fantasies to intimidating strongholds and royal residences, here is our guide to the coolest castles in Europe. 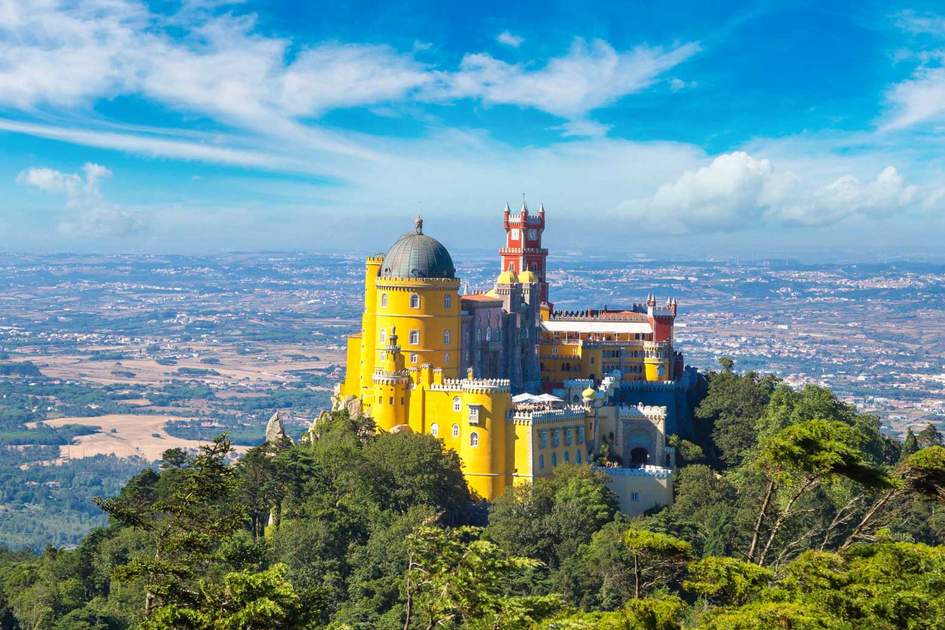 Looking for a fairytale escape? Thinking of staging your own Game of Thrones re-enactment? Or just wanting to live out your own medieval fantasy? Either way, there’s nowhere more splendid to make your dream a reality than in an ancient castle. Here is our pick of some of the best in Europe.

Now a national monument in Portugal, the Palace of Pena originated in the Middle Ages as a tiny chapel perched on top of a craggy peak in the Sintra hills outside Lisbon. It later became a monastery, but having been ruined by an earthquake in 1755, it was gloriously reimagined and extended by King Ferdinand II in 1842 as a Romantic-style summer palace, complete with battlements, watchtowers, Moorish arches and a drawbridge. 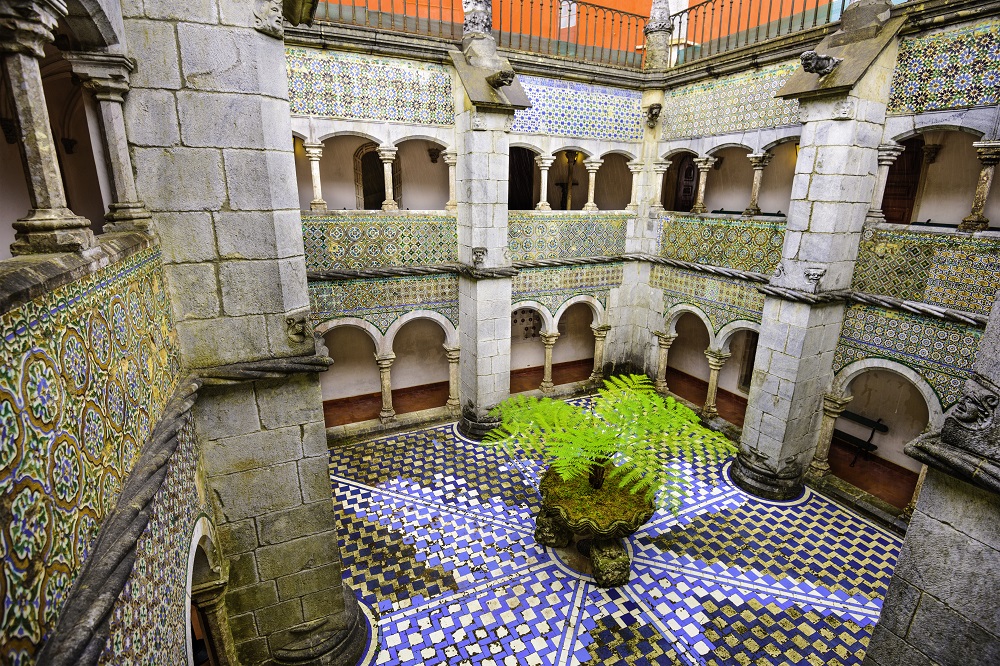 Built atop a limestone precipice in Brecon Beacons National Park in 1197, Carreg Cennen has roots dating back to prehistoric times. It’s thought the site was used as an Iron Age hill fort and Roman coins have been found here. The remains standing today date from the 13th century, the castle having been reduced to ruins by hundreds of Yorkists in 1462 during the War of the Roses when it was being used as a Lancastrian stronghold. The sheer cliff faces on all sides had previously made Carreg Cennen pretty much impenetrable to invaders.

The classic mossy, moody castle, Eilean Donan was founded in the 13th century on a tiny tidal island where three lochs meet on Scotland's northwest coast, and it is said that Robert the Bruce sought shelter here in 1306. After a series of Jacobite risings in the 18th century, the castle was left dilapidated until restoration began in 1917. Since then, the fully renovated Eilean Donan has had starring appearances in movies including Highlander and The World is Not Enough, and daily tours with audio guides are available to visitors. 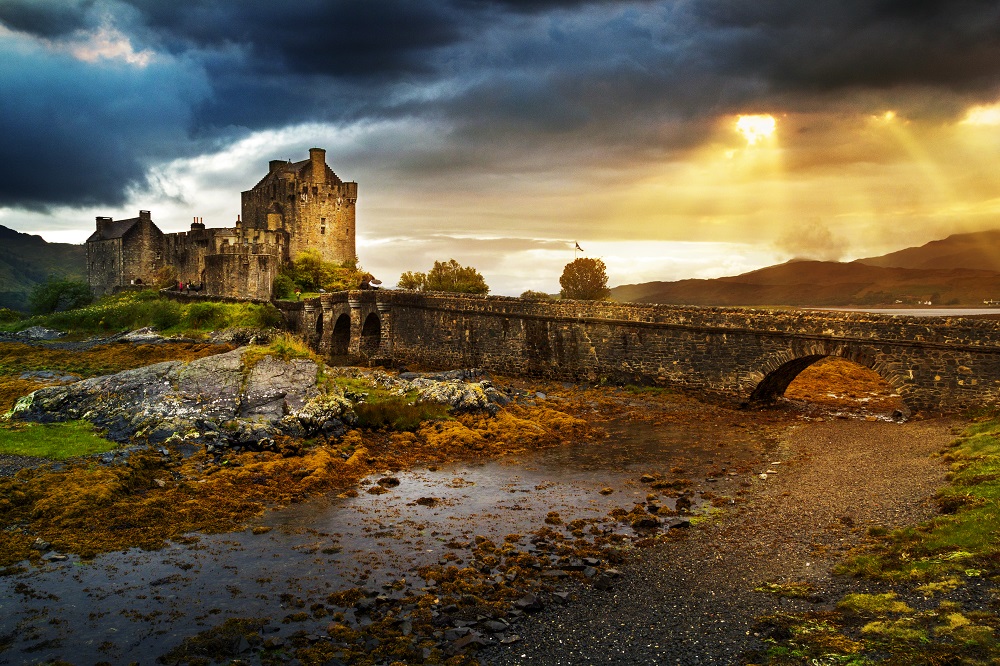 One for wine buffs, the fortified Château du Haut-Kœnigsbourg overlooks the gorgeous Alsace Wine Route, meaning you can indulge in some serious refreshment once you’ve taken in the incredible views across Alsace (and on a clear day, Germany’s Black Forest and the Swiss Alps). Dating from the 12th century, the pink sandstone mountain fortress was destroyed for a second time in 1633 and lay desolate for 200 years before finally beginning an extended restoration process in 1900. The fully restored structure represents an authentic mountain fortress as it might have been during the Middle Ages, with richly decorated interiors housing a notable collection of 16th- and 17th-century furniture and weapons. 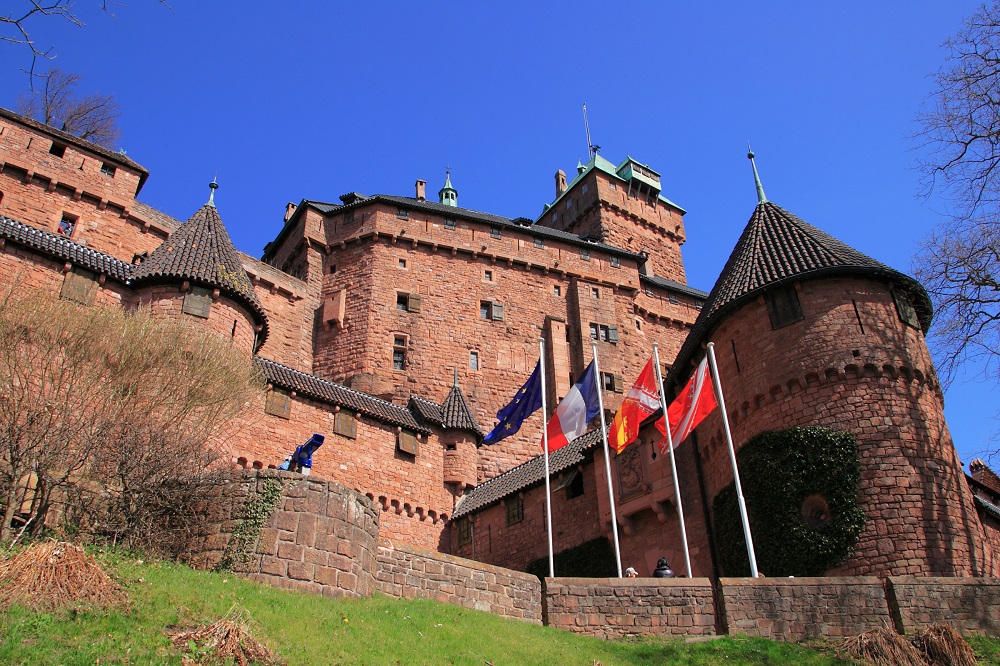 A huge and spectacular Rennaissance-Gothic style construction, Corvin Castle was built over a former fortification on a rock rising above the Zlaști River. An imposing edifice with multiple bastions and towers, it features numerous carved stone balconies and windows. Having served as a fortress until the mid-14th century, it later became the residence of Transylvania’s governor John Hunyadi and was subsequently transformed into a magnificent castle with high buttresses, inner courtyards and dozens of rooms hung with medieval art. Legend has it that Vlad the Impaler was imprisoned here, and it is also reputed to have been the inspiration for the castle in Bram Stoker’s Gothic novel Dracula. 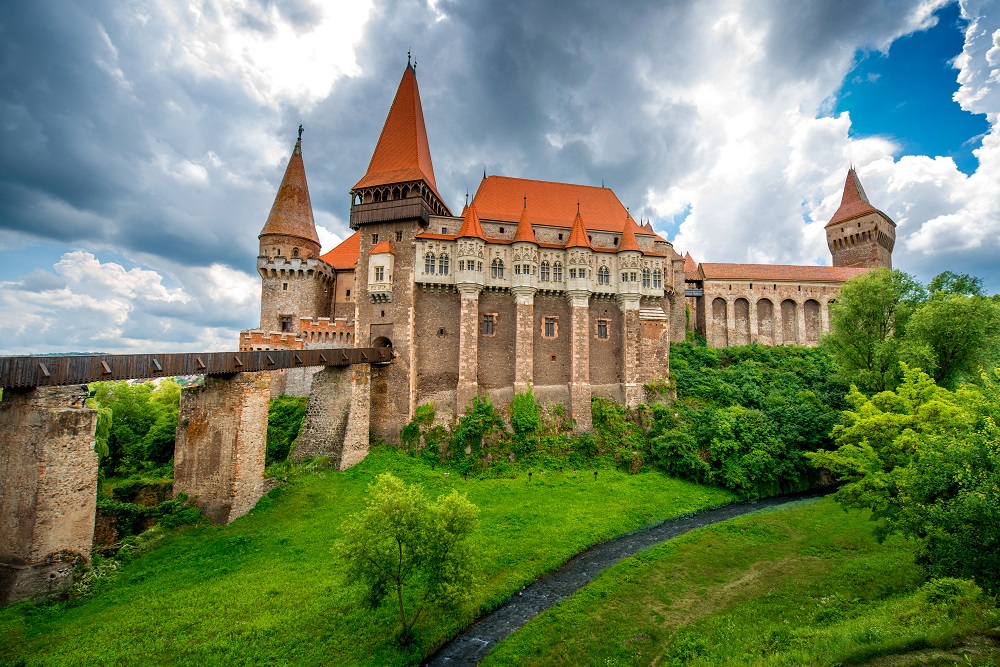 Here it is: the world’s greatest fairytale castle, inspiration for Disney’s Sleeping Beauty and more. Built as a hilltop retreat in the late 19th century, turreted Neuschwanstein Castle was commissioned by Ludwig II, also known as 'The Fairytale King' and, less generously, as 'Mad King Ludwig'. Construction began in 1868, but was not completed until 1892, six years after his death. Extravagantly decorated interiors feature picture cycles inspired by the medieval legends that informed the operas of German composer Richard Wagner, to whom King Ludwig dedicated the castle. Take a guided tour by all means, but be sure to also head out into the forest to take in the breathtaking views of the castle. 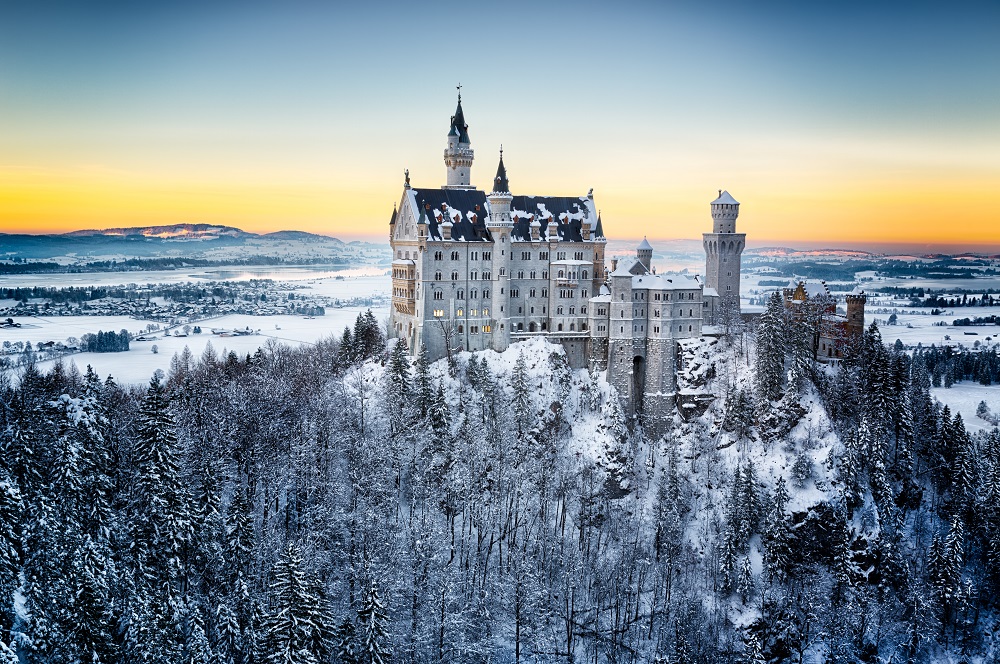 How could we skip England’s most famous castle on a list like this? Queen Elizabeth’s favourite Royal residence, Windsor Castle is the world's largest and oldest occupied castle, and a truly stunning sight – vast, immaculate and classically elegant. Nearly a million tourists flock to the castle every year, and its many attractions include extravagantly furnished and decorated State Apartments, and the Royal art collection. Also of note: nearby water turbines on the River Thames provide hydroelectric power to the estate. Truly, a castle for the ages. 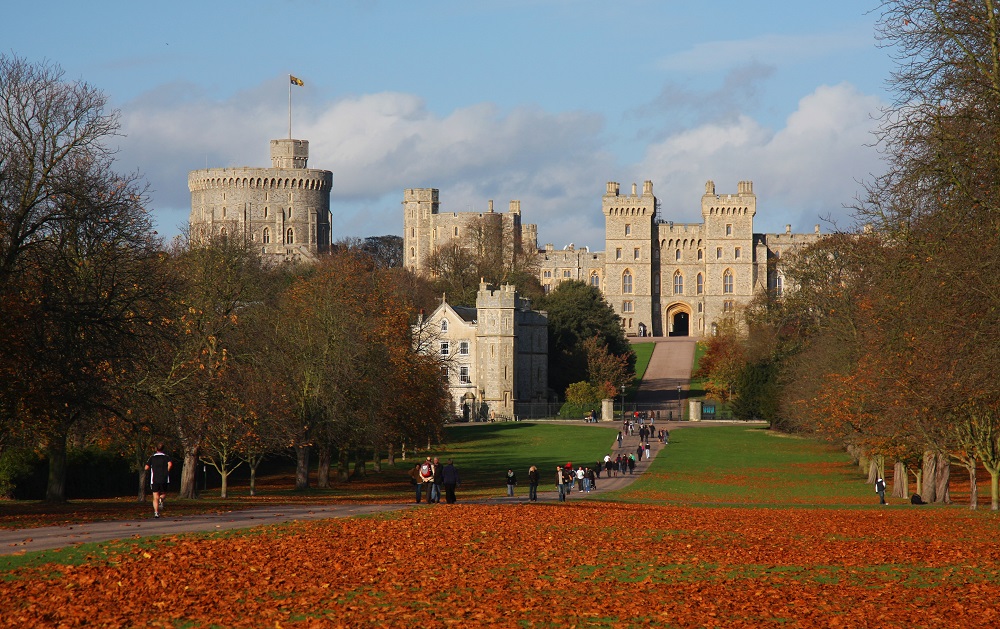 Ready to visit some of Europe's coolest castles?

Our local experts can plan fascinating trips around Europe for you. Simply get in touch, telling us your ideas for the trip and when you'd like to travel. We will then create a personalised itinerary for you, which you can amend until you're totally happy with every detail before booking.

I would give this 6 stars if the ratings went that high! This really was one of the highlights of our vacation. Due to scheduling issues, we ended up with a separate private tour for my family of 5, which was great given how small the boulangerie was.... Read more