The best art galleries in Madrid

Since the world-famous Prado Museum first opened its doors 200 years ago, Madrid has evolved into one of the world’s most celebrated cities for art. You’ll only skim the surface on a weekend city break, so start planning for your trip with our guide to the best art galleries in Madrid. 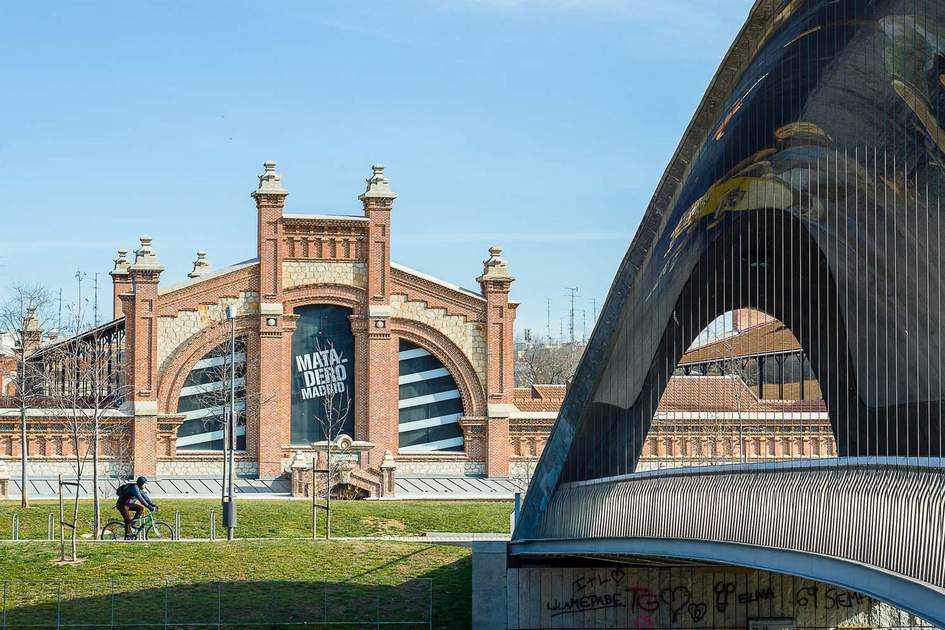 The first stop for any art-lover in Madrid has to be the ‘Golden Triangle of Art’. The broad tree-lined Paseo del Prado boulevard is home to three of Spain’s most important cultural institutions. Number one is the national museum, the Prado, housed in a grand 18th-century neoclassical building built for King Carlos III. Its vast collection features around 20,000 works of Spanish, Italian and Flemish art. In 2019, the museum celebrates its bicentenary with a packed programme of temporary exhibitions. Book in advance to avoid the queues and set aside at least two hours to do the museum justice.

Across the road, the Museo Nacional Thyssen-Bornemisza houses the world’s largest private art collection in the gorgeously renovated Villahermosa Palace, featuring works by just about every famous name in Western art dating from the 13th to the 20th centuries. Amassed by Baron Heinrich Thyssen-Bornemisza, his wife Carmen and son Hans Heinrich, the comprehensive collection ranges from old masters including Dürer, Rafael and Rubens, to the Impressionists, American works and modern art by Picasso, Hopper and Rothko.

The Museo Nacional Centro de Arte Reina Sofía completes the art triangle. Take the exterior glass lift to the top floor of the museum and work your way down through the white-walled galleries of this former hospital. Its collections of 20th-century contemporary art are some of the largest in the world, featuring works by Spanish and international artists, including Dalí, Miró, Kandinsky, Klee and Man Ray. The showstopper here is Picasso’s Guernica, a huge and powerful canvas that is the artist’s seething response to the horrific Nazi bombing of a Basque town during World War II. 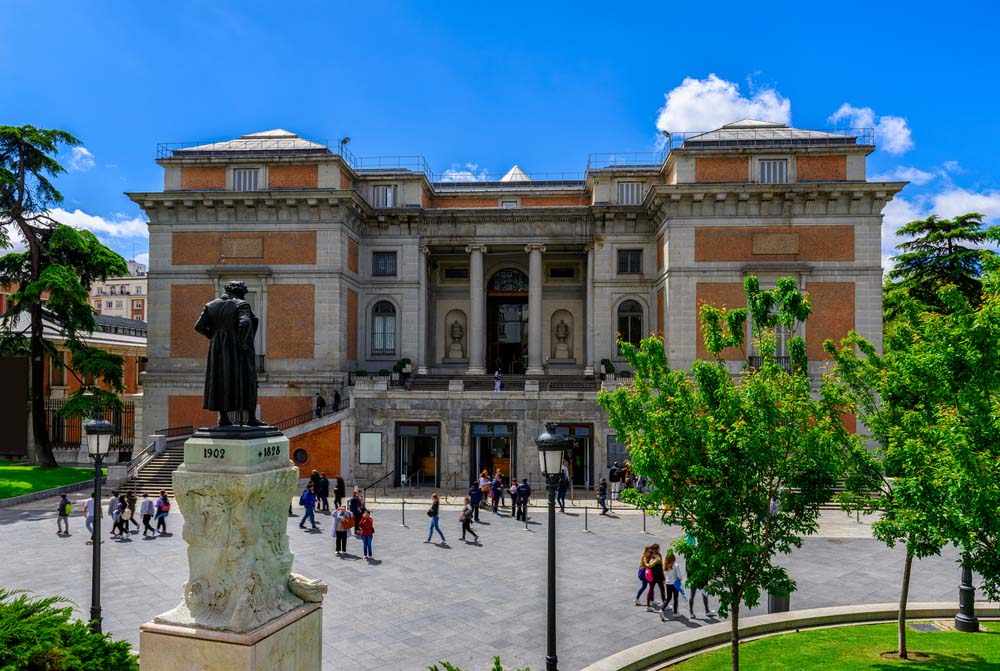 The Palacio Real, the official Royal residence, is one of Madrid’s cultural highlights. A superb collection of royal art is housed within its thousands of lavish rooms, highlights of which include four Goya masterpieces, as well as frescoes by Caravaggio, Velázquez and Tiepolo.

The Real Academia de Bellas Artes is one of Spain’s most important fine art galleries. An impressive list of great artists, including Picasso and Dalí, were students at this academy. Among the 1,600 paintings, 600 sculptures and 15,000 drawings making up its collections, there are Spanish, Italian and Flemish masterpieces dating from the 16th–19th centuries. Look out for the outstanding portrait of Fray Pedro Machado by Zurbarán.

Tucked away near the Plaza del Sol, the Monasterio de los Descalzas Reales (Monastery of the Barefoot Royals), is a Franciscan convent that is surprisingly packed full of art treasures. Artworks on display range from intricate Brussels’ tapestries based on sketches by Rubens, to a ceiling vault painted by Claudio Coello, one of Madrid’s most important 17th-century artists.

The dome of the neoclassical San Antonio de la Florida Chapel is adorned with some of Goya’s most impressive frescos, while the Buen Retiro Palace – part of the Prado museum within the Retiro Park – boasts a magnificent 1697 ceiling fresco by Luca Giordano, as well as the Prado’s extensive art library. 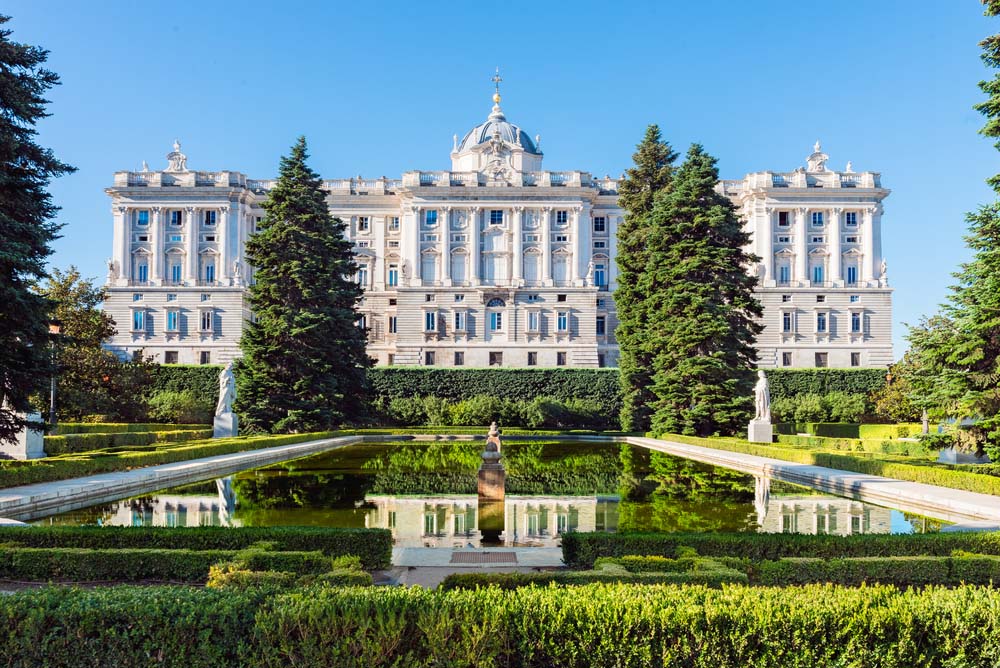 Royal Palace in Madrid, as seen from the Sabatini Gardens. Photo: photoeventis/Shutterstock

The Sorolla Museum is the beautiful former home of the Impressionist artist Joaquín Sorolla y Bastida. This oasis in the Chamberi district showcases the artist’s brilliant light-filled paintings throughout his studio and the family’s former living quarters.

The Museo Lázaro Galdiano displays some of the vast private collection of 19th-century publisher and businessman Jose Lázaro Galdiano. This fascinating trove on display across the four floors of his former palatial home features art and objets d’art through the ages, from archeological treasures and medieval Limoges enamels to masterpieces by El Greco, Esteban Murillo and John Constable.

The National Museum of Romanticism recreates a typical upper class home as it would have been during the late-Romantic era. The converted palace is brimming with 19th-century paintings, furniture, decorative art and ephemera, including the pistol that satirist Mariano José de Larra used to shoot himself. 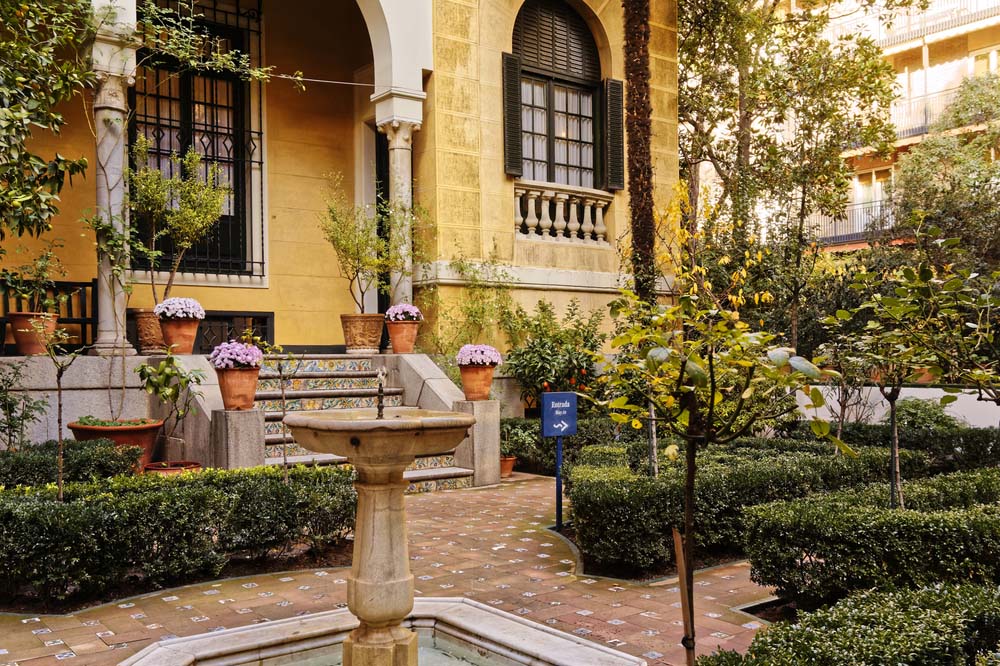 While the Reina Sofía leads the way, the contemporary art scene thrives throughout the city. The top spot is the CaixaForum, an innovative arts centre housed in an extraordinary building on the Paseo del Prado. A former industrial power station, radically redesigned by architects Herzog and de Meuron, it now hovers above the ground next to a ‘vertical garden’, designed by Patrick Blanc. Permanent exhibitions on display feature works from the collections that Caixa Bank has been amassing since the 1980s.

The Matadero is one of the most exciting developments to open in recent years. This former slaughterhouse-turned-arts centre presents a cutting-edge programme of visual and performing arts, cinema, music and design. Expect a regularly changing schedule of (often free) avant-garde exhibitions inside the centre's industrial red-brick warehouses.

Also not-to-be-missed: the galleries in the Retiro Park – the stunning Glass Palace and the Velázquez Palace – host regular temporary art exhibitions run by the Reina Sofía, while the Fundación Mapfre host exhibitions that focus on the early years of contemporary art. 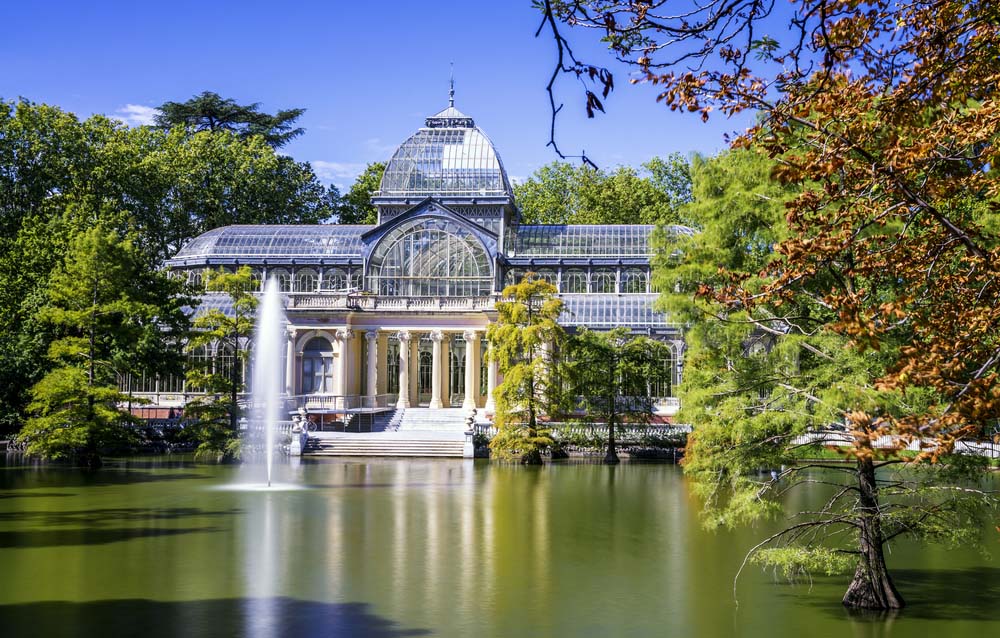 Ready to take a trip to Madrid?

Insight Guides can help you plan and book fantastic trips to Madrid and other cities in Spain. Simply get in touch with us to share your ideas for the trip and let us know when you would like to travel. Our local experts will then create a personalised itinerary to your specific requirements, which you can amend until it's exactly how you want it before booking. You can browse our existing itineraries for inspiration, and keep in mind that they can all be tailored to suit your needs.

Our trip was fantastic! Transportation, accommodations, guides - all were well chosen! The hotels were well situated, well appointed and had helpful, friendly staff. All of the guides we had were very knowledgeable, patient, and flexible with our varied interests in the different sites. We particularly enjoyed the side trip to Tangier! Well done! The itinerary you arranged for us allowed maximum coverage of the country with time in each city for seeing the important places - and inspiring us to return for more extended visits in the future.

A culinary experience in Seville