The Brazilian passion for soccer 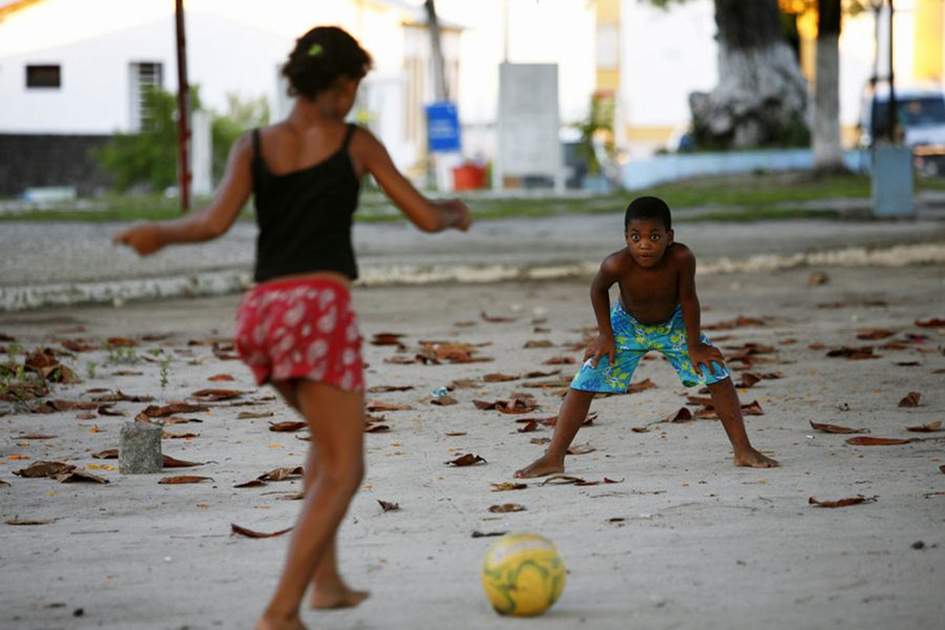 Kids kicking a ball around in Arraial d'Ajuda, Bahia

As the head honchos of football gather at the Soccerex conference in Rio de Janeiro this week to discuss goal-line technology, the international transfer market and, above all, the coming World Cup in 2014, we explore the host nation's passion for futebol, their preparations for the ultimate championship in two years' time and how you can experience soccer in Brazil in the meantime.

A passion for soccer

Brazilians did not invent soccer, they just perfected it. Today Brazil is as well known around the world for its unique style of soccer as it is for its coffee or Carnival.

Every four years, when the World Cup is being played, factory managers and shopkeepers install television sets in the workplace in a mostly futile effort to keep absenteeism to a minimum on the days when the Brazilian squad is playing. In fact, most businesses simply close at game time and let their employees watch the matches – and then join the frenzied celebrations when the team wins, which is most of the time. One can only guess what will happen when the World Cup is played in Brazil in 2014.

One of the reasons for soccer’s popularity is that it is readily accessible to all; no expensive equipment is required, and makeshift pitches can be set up anywhere. The game has attracted many players from the slums, who see soccer as a ticket out of poverty, and indeed there are a number of rags-to-riches tales of shanty-town kids who have excelled at the game, even at international level. The dream of millions of today’s Brazilian youths is to follow Pelé’s and Garrincha’s example and play for one of the large metropolitan clubs. And the ultimate honor is to be picked for the national squad.

Preparing for the FIFA World Cup 2014

Brazil has won an unprecedented five FIFA World Cup titles, a clear demonstration of the effectiveness of the unique style that has developed in the country, and the constant emergence of talented players. Brazil is the only nation that has qualified to play in every World Cup tournament since the event was created and first played in Uruguay in 1930.

Brazil hosted the fifth World Cup in 1950, the first tournament to be played after World War II, and on 30 October 2007 was selected to host the 20th FIFA World Cup in 2014. Thirty-two teams are expected to play in Brazil between 13 June and 13 July 2014. FIFA has allowed Brazil to nominate 12 cities to host games, the most ever. In 1950, just 13 teams took part and the games were played in six Brazilian cities, all of which will host games in 2014.

Brazil is building new stadiums in Cuiabá, Manaus, Natal, Recife, Salvador and São Paulo, while six existing stadiums will be completely upgraded for the grand tournament. More than US$1.1 billion has been budgeted to build and upgrade the existing stadiums. The final game will be played at the most famous stadium of them all, the giant Maracanã Stadium in Rio de Janeiro.

The 2014 World Cup will be the first to be held in South America since Argentina hosted in 1978. Following on from South Africa, it will also be the first time that consecutive World Cups have been staged in the Southern Hemisphere. Expectations are high for Brazil to deliver the greatest World Cup ever. Certainly the global anticipation from the fans is already there and many people are planning to spend the entire month in Brazil because if their team doesn’t win they want to be there when Brazil does.

If you're not fortunate enough to be visiting Brazil during the World Cup, then a great alternative is to catch a soccer league match, such as the classic Flamengo versus Vasco da Gama or Fluminense (the “Fla-Flu”) in Rio’s Maracanã Stadium. Even if the game itself is dull, the spectacle of the fans is worth the price of admission: at a big match, the fans are as much a part of the action as are the players.

All the major cities have popular football teams and big stadiums, and most Brazilians will know what the week’s big games are. Due to the climate, games are normally played late afternoon at the weekend, Sunday being the main match day, while during the week the games will kick off between 7.30 and 9.30pm.

From football to Carnival, you can discover more about this vibrant country's passions in our online guide to Brazil, or for the complete picture you can buy our Insight Guide Brazil book or eBook.