How to live like the Great Gatsby in New York 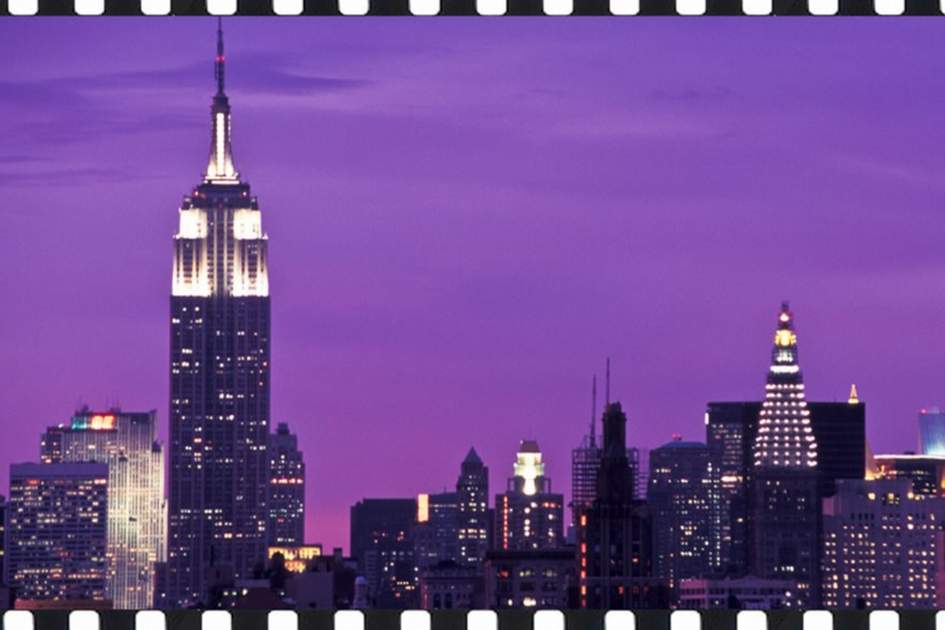 The 2013 Cannes Film Festival begins today, with Baz Luhrmann's The Great Gatsby opening the 11-day spectacular. Considered one of the great American novels of the 20th century, the story concerns the extravagant exploits of Jay Gatsby and Daisy Buchanan in glamorous New York and Long Island in the 1920s. The film is the latest in a long line to place New York on centre stage; over 200 films are made in the city each year.

Ever since The Lights of New York was released in 1927, the city and its landmarks have been illuminating the big screens of the world’s celluloid consciousness. King Kong atop the Empire State Building is an enduring image – although the 1976 remake was a disaster. Peter Jackson’s 2005 resurrection of the title with Naomi Watts fared better.

The Empire struck back when New York writer-director Nora Ephron made Sleepless in Seattle, itself a pastiche of the 1957 three-hankie weepie An Affair to Remember. Director Spike Lee portrayed life uptown in Mo’ Better Blues and across the East River in Crooklyn. The city was turned into a maze of paranoia and hallucination in Darren Aronofsky's Black Swan.

Fonda and Redford went Barefoot in the Park, and Scorsese’s Raging Bull rampaged around Greenwich Village, too. How to Marry a Millionaire was set in the apartment of sassy dames Monroe, Grable, and Bacall at 36 Sutton Place South. Oliver Stone has visited World Trade Center, as well as Wall Street not once, but twice. And Woody Allen may be filming in Barcelona and Paris these days, but his decades of celebrating the Upper East Side are a vital part of cinematic history.

Some would have you believe that everyone in Manhattan owns a house in the Hamptons, and come summertime they all scoot off on the weekends for beachside parties at the mansions. For a select group of the wealthy, this may be true, but the majority of New Yorkers only pop in for an occasional visit or weekly house rental.

Most know that the Hamptons are located on the southern shores of Long Island, but their exact borders can be a bone of contention. The most liberal interpretation has them stretching from the relatively humble hamlet of Westhampton, 80 miles (129km) west of the city, all the way to lovely Montauk, 50 more miles to the east at the island's tip, and from the sandy Atlantic coast to the northern bays near preppySag Harbor. The towns of Southampton and East Hampton, and the hamlets and villages contained within the center of each, make up what everyone would agree is the heart of the region, and this is where you'll find the majority of inns, restaurants, and high-end shopping that distract visitors when they're not sunbathing. 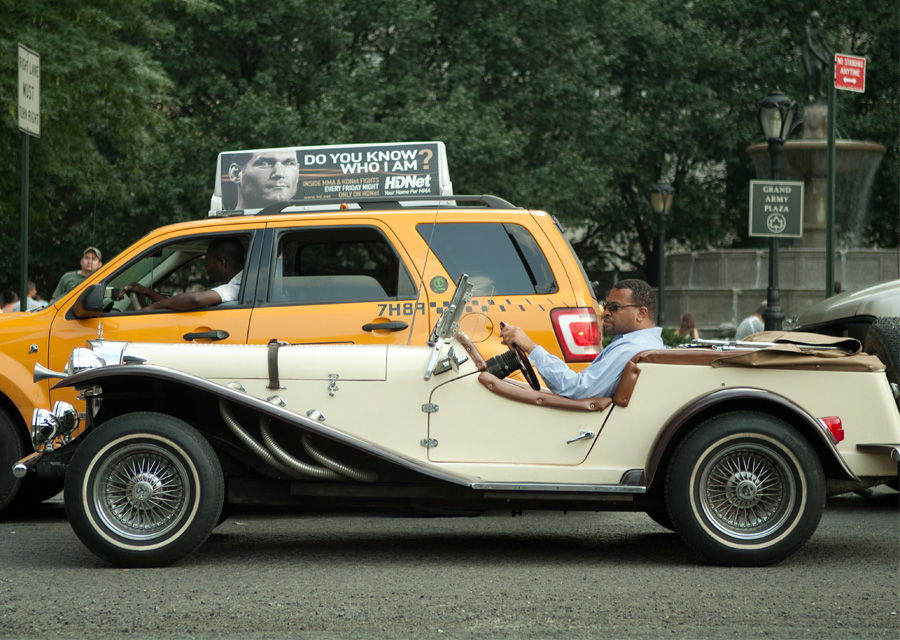 Locals have a love-hate relationship with summer denizens. On one hand, visitors provide a well-needed jolt to the local economy. On the other, they transform these sleepy places into raucous playgrounds for the privileged. The debate is somewhat pointless. With white sand beaches this alluring, it would be impossible to keep them away. The beaches are the natural attraction, of course, and Coopers Beachin Southampton Village is among the best patches of sand and celebrities, while Hither Hills showcases the windswept beauty and seaside wildlife of Montauk. Historical and cultural attractions are lower on the totem pole, but a visit to the Pollock Krasner House & Study Center in East Hampton is a must for any student of art history. This is where, from 1946–52, Jackson Pollock created many of his masterpieces.

Getting to the Hamptons from New York City

The easiest way to get to any major town in Long Island is to catch a Long Island Railroad (aka LIRR) train out of Penn Station. The Hamptons are serviced by the Montauk Branch, and each of the seven Hampton stations is within a few miles of the nearest beach. There are only three or four departures daily and trains can be packed on weekends, so plan ahead and arrive early. Many New Yorkers, especially young ones, choose to ride the HamptonJitney instead. It's a bus – albeit a comfortable one deemed worthy by picky Upper East Siders – that stops along Lexington Avenue between 80th and 40th streets, runs out to Queens, and then moves onto the Hamptons. The advantage: it departs daily, at least once an hour. The disadvantage: it costs more than the train and is subject to traffic jams. 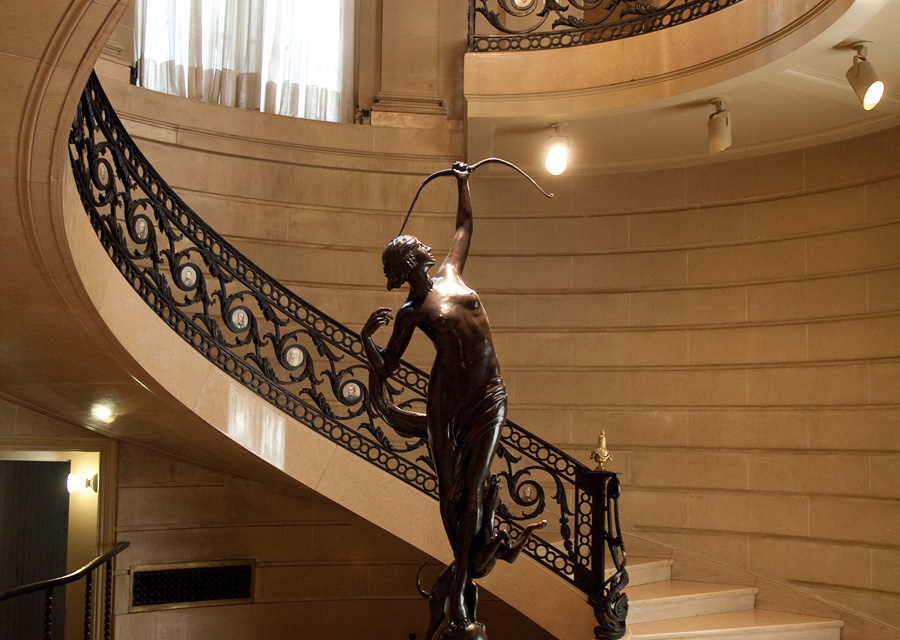 Explore the following places for some 1920s American glamour:

Art Deco architecture and a great restaurant on the third floor.

Original wooden escalators and a wonderful food court in the basement.

At 40 W 40th Street in midtown Manhattan, The Bryant Park Hotel is a luxury designer hotel.

At 145 W Broadway, the Odeon restaurant serves French comfort food in an intimate setting. Tribeca's most beloved bistro menu and an atmosphere that benefits from the intersection of early 20th century aesthetic sensibilities.

The Art Deco Society of New York can also give lots of tips on where to head to.

This May we're exploring the Italian Lakes as our destination of the month. For more updates keep following the Insight blog, or check us out on Twitter @InsightGuides or on our Insight Facebook page, or why not look at some lovely travel photography on Pinterest.
What our customers say