The best views in the Italian Lakes – a photographer's take 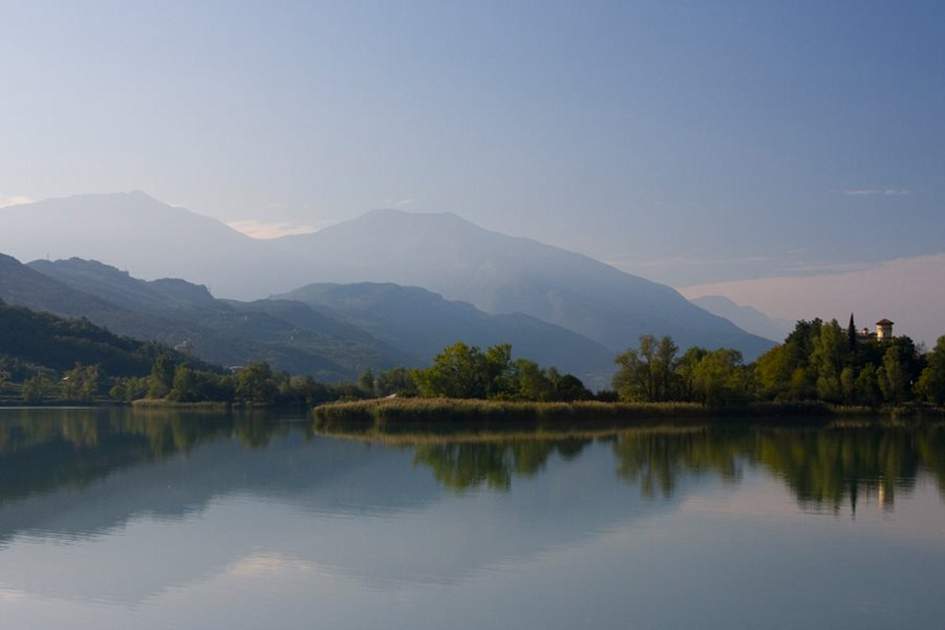 The scenery around the Italian Lakes makes for a jaw-dropping photograph. We asked Neil Buchan-Grant, our photographer for our Italian Lakes travel guide, to tell us the story behind his favourite snaps in the book.

There were so many beautiful sights to photograph in the Italian Lakes, I had to go over to Italy for two separate two-week trips. It was a tough job, but someone had to do it.

The first fortnight focussed around Lake Garda in the east while the second took me over to Lake Como in the west. 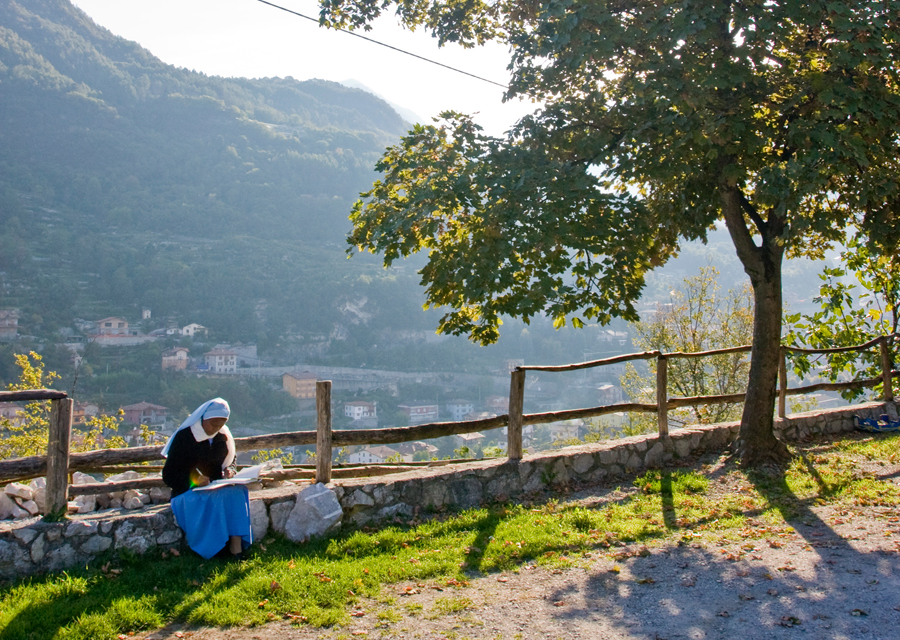 This shot shot was taken in Cerveno when shooting the massive golden statue of Christ at Santuario di Via Crucis. I was walking around the site and saw this nun doing some needlework on the wall.

The light was perfect, once I had positioned myself behind the tree and out of the direct rays of the sun. It was a sweet scene and she seemed quite oblivious to my shooting it, absorbed in her craft. 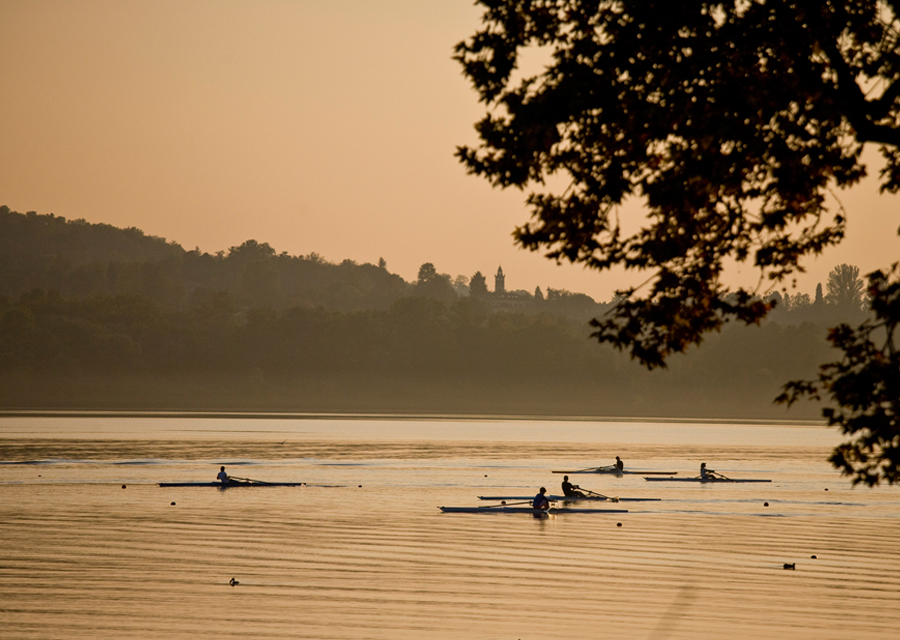 This shot was taken on Lake Varese in the late evening sun. It was a lucky break that the rowing team just happened to come along at the right time. The entire scene took on a golden hue which I just knew was going to look special, but then the rowers came along and totally made the shot. 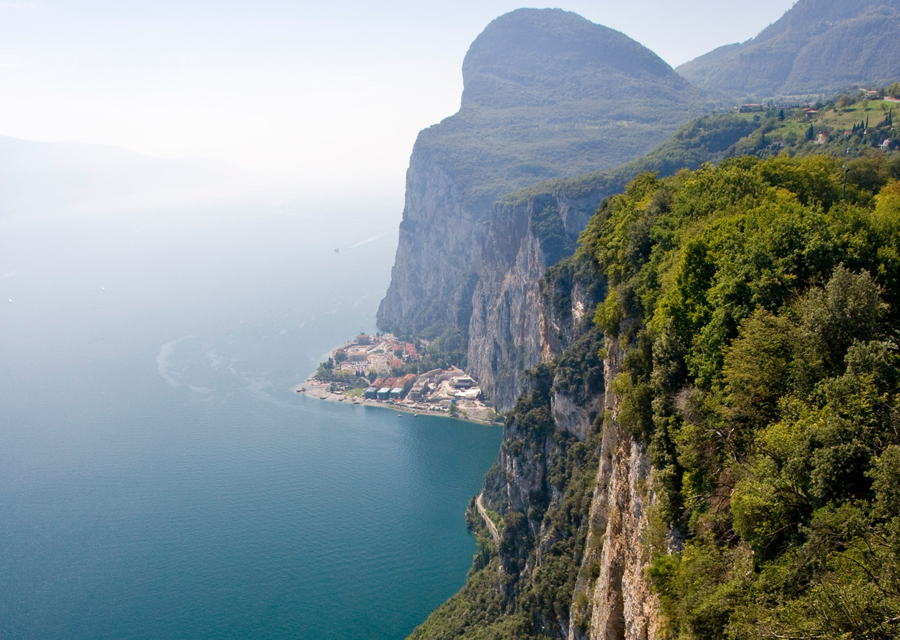 I discovered this spot when walking in to a restaurant for lunch. Of course it wasn't a complete surprise that there would be a bit of a view there, but the restaurant had a viewing platform, which offered the truly stunning view.

It was shot on the steepest part of the western shore of Lake Garda above Tignale and shows the incredible roads which hug the contours of the lake. On roads like these, even my humble VW polo (with the window open) felt a bit like an Alpha Romeo Spider! 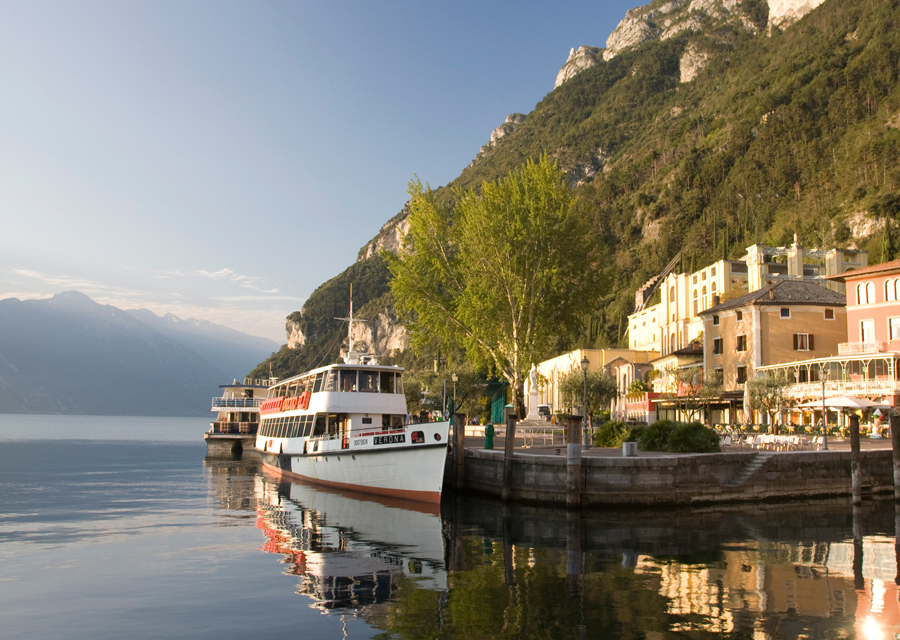 This shot was taken one morning in the implausibly beautiful Garda town of Riva del Garda. Nestled below cliffs this busy little resort offered many incredible vistas. This shot was a simple capture of a tourist boat waiting for the first of the day's customers to board, the cool and still morning water offering a nice reflection of the boat. 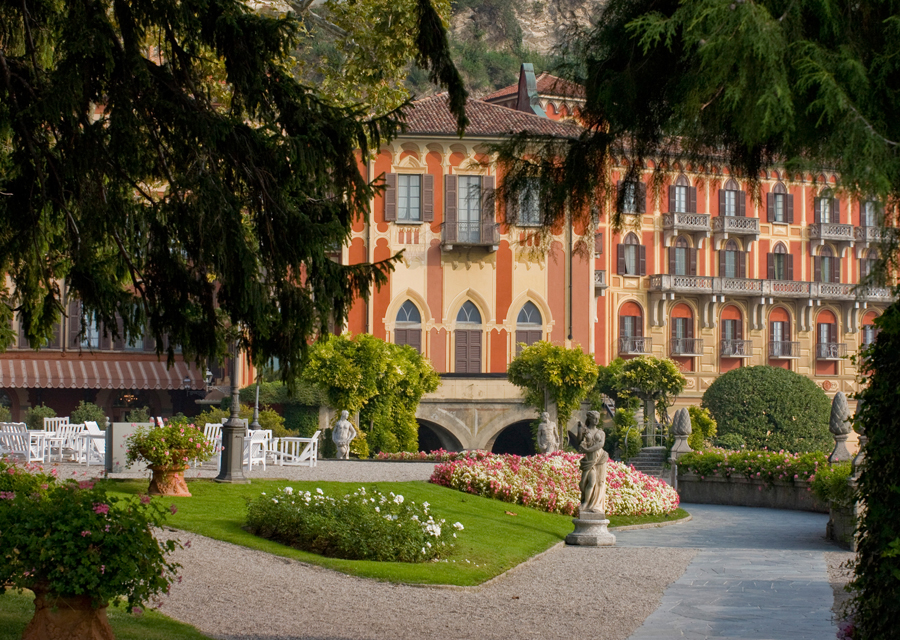 This grand hotel provides a simple enough shot; the symmetry of the manicured trees and detailed ornamental buildings are so impressive they have to be captured. 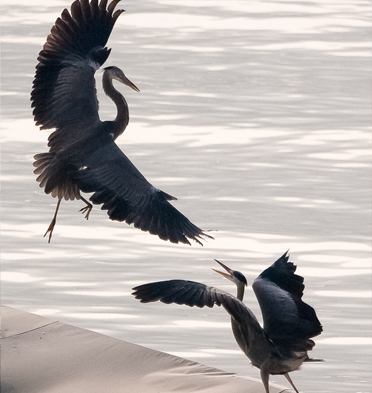 I was lucky enough to stay there for one night during my trip and it was quite an experience. The most peaceful lakeside setting one could imagine. One morning whilst strolling around the grounds I heard an almighty squawking sound and turned to catch these two herons having a small dispute.

I have to say that of the many parts of Italy I have now travelled, the great lakes were the most fun and offered the most beautiful and varied landscapes – from high mountain passes to cosmopolitan resorts.

Como was my favourite of the two large lakes; it has a more stylish feeling than Garda. But Lake Garda has its own charm and many great hotels too.

But my favourite lake for sheer aesthetic value had to be the one I discovered as I was driving northwest of Lake Garda. The tiny Lake Toblino would surely only be called a big pond if it were not for its beautiful appearance. A strip of land juts out in the middle of it, upon which is situated the impossibly romantic Castel di Toblino – a fine restaurant where private functions are held. I was fortunate to pass early one morning when the light was perfect and gave this place a magical atmosphere.

Plan your trip to the Italian Lakes

To read more about what to see in the Italian Lakes, visit our online guide. See also our recommended top attractions, our guide to exploring Lake Garda by ferry, boat or dinghy, and the Italian Lakes for kids...

Or choose from one of the fantastic book and ebook guides below...

This May we're exploring the Italian Lakes as our destination of the month. For more updates keep following the Insight blog, or check us out on Twitter @InsightGuides or on our Insight Facebook page, or why not look at some lovely travel photography on Pinterest.