The Music of Brazil: Bossa Nova 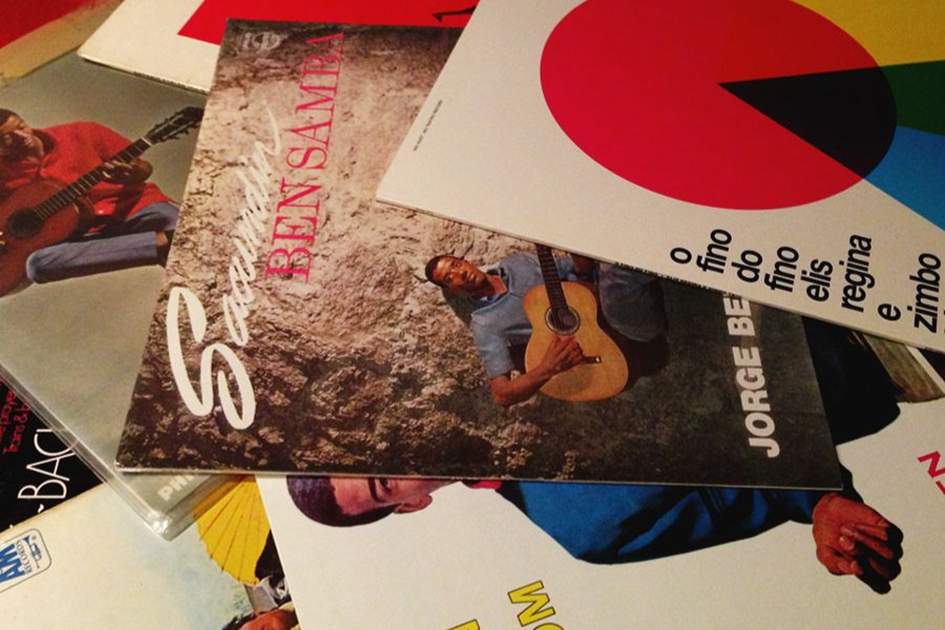 Samba is traditionally the voice of black Brazilians and forever associated with Carnival. But bossa nova (new wave) is also synonymous with Brazil, and its birthplace – Rio. Bossa nova exploded onto the world scene in 1964, when the classically trained pianist and composer Antonio Carlos 'Tom' Jobim, the shy young guitarist João Gilberto, and his sultry-voiced wife Astrud, held New York’s Carnegie Hall in thrall to Garota de Ipanema (The Girl from Ipanema), Desafinado (Out of Tune), and Samba de uma nota só (One Note Samba). Bossa nova had taken shape several years earlier in Rio, the outcome of a quest by Jobim and other young carioca intellectuals for a calmer samba, in response to America’s West Coast cool jazz scene led by Stan Getz and Charlie Byrd. Bossa nova would bewitch the world, and inspired scores of schmaltzy covers.

In reaction to the cool of bossa nova, the late 1960s saw a very different revolution, born under increasing political turmoil and the impact of Beatles songs and West Coast American rock. Tropicalia was seeded in Salvador, where a group of students, besotted with local folk music and Beatles songs, included guitarists and songwriters Gilberto Gil and Caetano Veloso, the avant-garde composer Tom Zé, and ex-bossa nova singer Gal Costa. The clan migrated to São Paulo, then the hub of an explosive new arts scene, and Gil’s collaborations with the whacky, musically brilliant trio Os Mutantes (The Mutants) led to their anthemic psychedelic song, Domingo no Parque (Sunday in the Park). With Veloso’s 'Alegria, Alegria' (Joy, Joy), they launched an era with loud, irreverent songs and Dadaist performances on live TV Globo, shocking the traditionalists but delighting young hippie fans. The song lyrics strikingly juxtaposed concrete poetry with images from pop culture, but pushed the buttons of the establishment, until the military government in 1969 arrested and imprisoned Veloso and Gil, and forced them into exile; they chose to live in London. By the time of their return in 1972, Tropicalia had unified the young generation, and every group was electric – and Tropicalist.

More than 40 years on, the Tropicalia pioneers still carry musical clout: Caetano Veloso, with his sinuous melodies and poetic wit; Gil, until recently the minister of culture, still playful, rhythmic and mesmerizing, and carrying the torch for Bob Marley’s songs. The third significant musician of that generation, Chico Buarque, was never a Tropicalia member but a politically active poet, writer and singer. Today he is still adored and as popular as ever.

Many of these artists still produce significant work more than 40 years after Tropicalia’s heyday, and in interesting collaborations with the 'novo tropicalismo', electronica generation.

Musical changes still reflect regional differences but, increasingly, in the age of the internet, São Paulo has returned as the hub of a musical revolution, through the proliferation of hip-hop and electronic music. But most challenging to its status is Pernambuco and its capital city, Recife, where Chico Science’s Nacao Zumbi, the singer Otto, and DJ Dolores are based.

During the 1970s and 1980s the sounds of bossa nova began to drift into the realms of 'Muzak', more commonly heard piped into shopping malls across the globe than on a record or in concert. Despite the perceived damage that albums such as Beatles, Bach & Bacharach Go Bossa had on the music's reputation to the young, the mid-1990s saw an international interest swing back to the rhythms and styles of the 1960s. Artists and bands such as Beck, the Beastie Boys and NYC's Smokie & Miho brought respectful interpretations of the sound which was also being sampled by DJs and electronic musicians.

Occupying a space outside both the electronic dance scene and the post-Tropicalia clan are the Brazilian rockers, who always possessed a certain sweetness: from the teenaged, mini-skirted girls in the mid-1960s; to the innovative 1980s rockers, whose direct, urban and often mocking or humorous songs were a far cry from traditional romanticism; to 1990s rappers, who continue in this vein by tingeing their diatribes with humor.

The early noughties craze for New Rave and the mostly girl group, Cansei de Ser Sexy (CSS), which translates as 'Tired of Being Sexy', marked a nostalgic return to 1970s post-punk LA girl groups who reject the clichés of girls in rock, and add copious measures of kitsch that Carmen Miranda would surely envy.

For more on Brazilian music head to the music chapter in the Insight Guide to Brazil, or if you're planning to visit Brazil take a look at our online Brazil guide...

I just wanted to thank you for the great organization during my trip to South America. I came back today and it is my first day in the office after the trip. It was really great, the guides were perfect, the trips, the transportation, everything… Thank... Read more

I just wanted to thank you for the great organization during my trip to South America. I came back today and it is my first day in the office after the trip. It was really great, the guides were perfect, the trips, the transportation, everything… Thank you very much for the opportunity to see so many beautiful places and to find out their history…