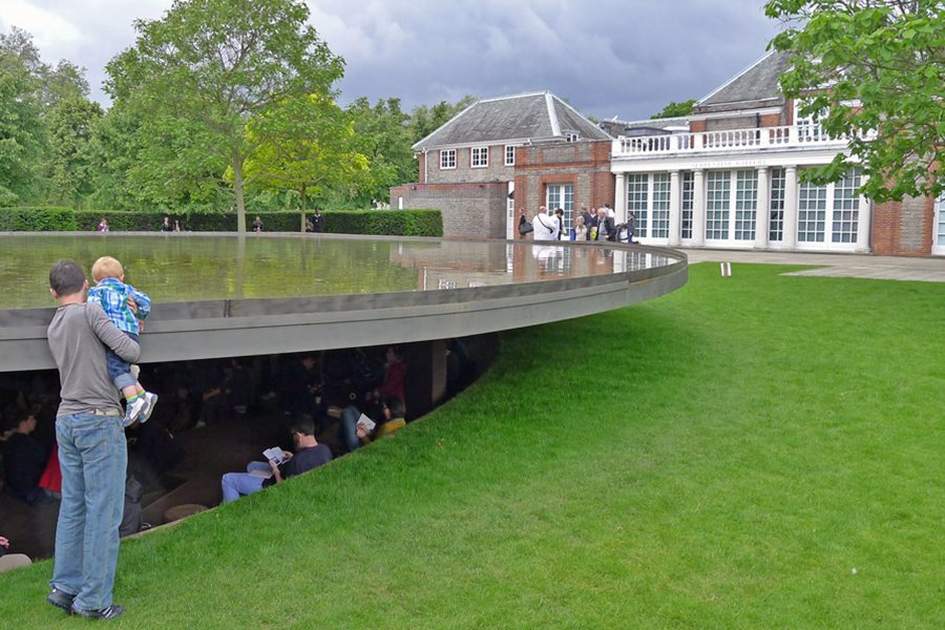 Every year since 2000 the Serpentine Gallery in Kensington Gardens has been presenting a magnificent array of commissioned temporary pavilions to host a number of events over the summer months. Icons of architecture such as Frank Gehry, Kjetil Thorsen and Oscar Niemeyer have all been involved in projects over the past twelve years and the annual unveiling of the next designer (and the structure itself) is a highlight of the gallery’s year.

This year sees a joint project by Herzog & de Meuron and Ai Weiwei, the team who put together the Olympic stadium in Beijing in 2008 and who have now created a piece for the 2012 Olympic city.

A public space beneath a canopy is formed of cork and the 12 supporting pillars represent the 12 former pavilions on the site. A café has been set up adjacent to it, where you can purchase drinks and sandwiches to enjoy, hidden from either the sun or, more likely, the rain beneath the water-topped roof. It shall close and be dismantled in October.

Currently on display within the gallery itself is a retrospective of Yoko Ono entitled “To the Light”. The high profile artist has taken over the inside and outside of the gallery with conceptual and interactive pieces such as #smilesfilm, fly and Amaze. Busy at the weekends and late in the day, it is always good to arrive early to make the most of the gallery. Entry is free and runs until September the 9th.