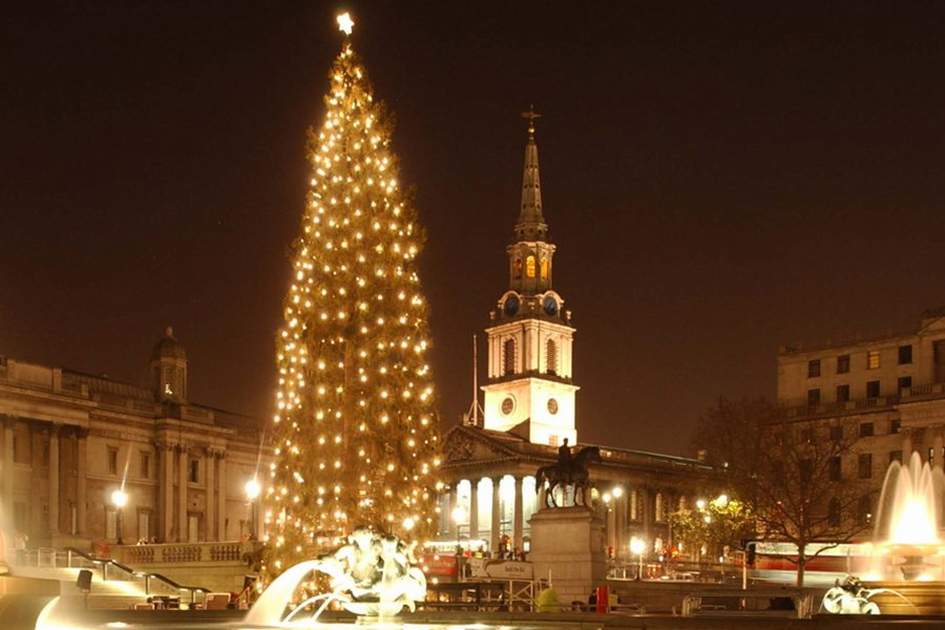 Usually the main focus point of London's Trafalgar Square is Nelson’s Column, the 51.6m tall monument to Horatio Nelson, who stares diligently down Whitehall toward the heart of British government. During the Christmas period however, the square is home to another icon: the Trafalgar Square Christmas tree.

Since 1947 the tree gracing the centre of the square has been a gift from the city of Oslo, an offering to honour the support provided to the country of Norway by the British military during the Second World War. This is the 66th year the tree has made the journey.

The trees are large, usually over 20m tall, and are chosen and cut in a ceremony attended by the mayor of Oslo and a number of British dignitaries before beginning the 1,100km journey to their new London home. The Norwegian spruce crosses the North Sea, reaching the docks of the East of England, where it is loaded upon a truck to make its way to the heart of the city, eventually being winched into place by a crane in the early hours of a morning in early December.

On the first Thursday of advent the tree is illuminated in a ceremony that sees hymns and carols and raises money for charitable foundations.  The tree remains in place standing over the National Gallery throughout the Christmas festivities.

On the 4th of January, when the streets are quietening down from the madness of New Years Eve and the first days of the January Sales, the tree shall be winched out of place, removed and shredded, becoming a somewhat fancy compost.

This year's lighting of the Christmas tree takes place at 18:00 on the 6th of December.

Discover London's top attractions here or why not take a look at our London travel guide app for iPad / iPhone...

This December we're taking a themed approach to our destination of the month and looking at the world's best winter wonderlands. For more updates keep following the Insight blog, or check us out on Twitter @InsightGuides or on our Insight Facebook page, or why not look at some lovely travel photography on Pinterest.