The View from The Shard

View From The Shard

One of the fantastic things about working in London Bridge is our proximity to so many of London’s landmarks and there are none so prominent as The Shard. So naturally, when myself and two colleagues were invited to visit this epic monument to modern architecture, we jumped at the chance.
The entrance to The Shard is curiously understated – industrial-looking gates beneath London Bridge station lead up to a sleek entrance lobby. A video montage blending images of London’s most famous buildings with Renzo Piano’s original blueprints greets visitors as they enter and beyond that we are led past a gallery of 140 famous London figures featuring, amongst others, fashion icon Mary Quant, Will and Kate as a Pearly King and Queen, and those infamous Wimbledon recyclers, The Wombles.

Lift to the skies

After being vertically propelled by lift at a speed of 6 metres per second, we are delivered to Level 69 and the first, enclosed, viewing platform. As we take in the vast scale of the view before us, details begin to emerge as if from a sheet of photographic paper. All of London's major buildings can be seen, but the fun of spotting sights – whether it be the gigantic dome of St Paul’s Cathedral, the Crystal Palace transmitter jutting up from South London or the listed building wedged incongruously amidst the railway lines crossing Borough Market – soon gives way to a sense of awe. 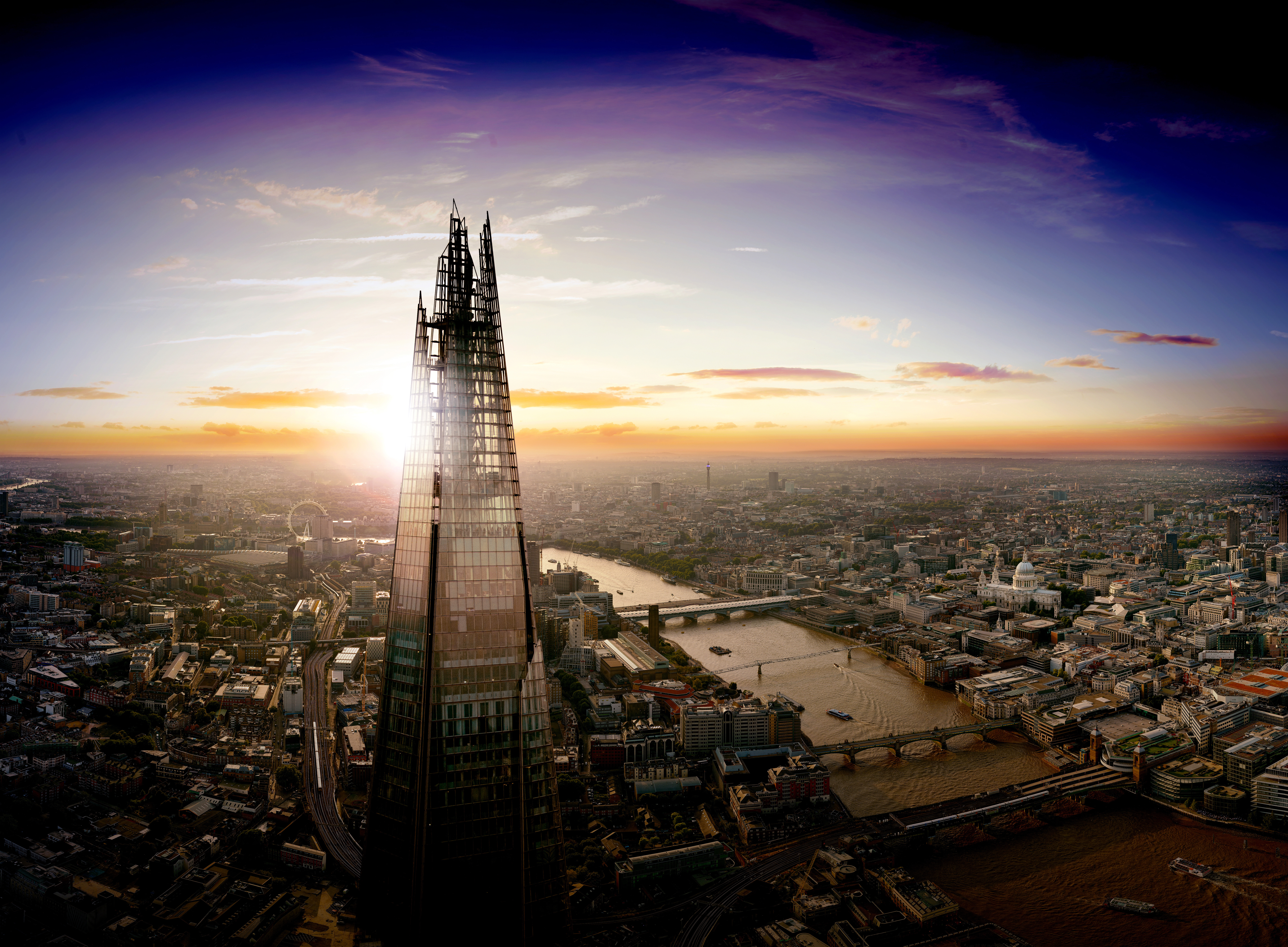 Enhanced by the ethereal background music, composed and performed by the London Symphony Orchestra and The Joyful Company of Singers, the atmosphere on Level 72 is unexpectedly serene. For a brief moment, it is as if time in this frenetic, buzzing city has slowed to reveal an elegance and beauty in the crowded conurbation below. Traffic crawls silently across the bridges spanning the Thames, while long trains glide gracefully out of London Bridge station.
As planes and helicopters pass by just above, a gentle breeze drifts in over the angular gaps in the sheer glass and steel walls, and there is not a tremor of movement as we gaze towards the misty horizon. It’s hard to believe that we are 244 metres (800ft) above the ground. It’s no surprise to learn that you can hire The View from The Shard as a party venue (for a mere £15,000), but I hadn’t expected to hear that it also hosts yoga classes and silent discos. Mind you, it’s hard to think of anything that wouldn’t seem extraordinary at this height. Furthermore, it has to be said that The Shard wins the Best View from the Loo contest hands down!

Once we’ve had a go on the incredibly powerful telescopes (complete with sunrise and night-time options) dotted around the viewing platform, we reluctantly make our way back inside and begin our descent back to normality. We can’t resist a quick peek in the gift shop, which is full of Shard-themed merchandise, including a cuddly toy version of Romeo the fox who was found wandering the upper levels of The Shard during its construction.
Having watched The Shard emerge bit by bit from this historic part of London, it is quite something to finally stand hundreds of feet above the ground and look down on one of the most exciting cities in the world.