The Whirling Dervishes of Turkey 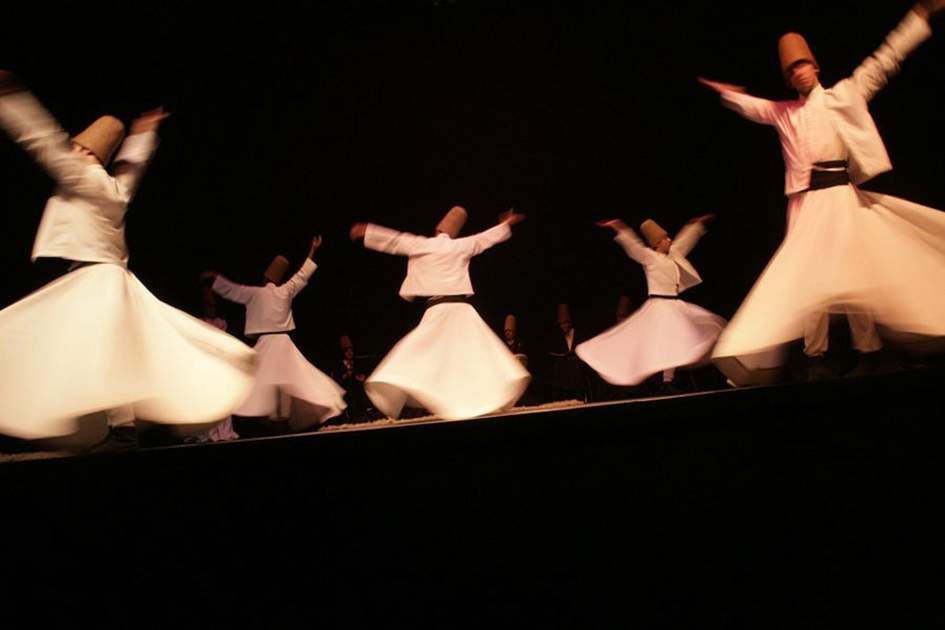 There was a time when visitors to Turkey could only hope to see the famous whirling dervishes going through their paces in mid-December when they were permitted to perform in Konya. These days, however, it would be hard to visit the country and not come across whirling dervishes of varying degrees of authenticity. If you want to be guaranteed an authentic experience, however, there is never a better time to explore the region of Konya than December.

The dervish order was originally founded by Jelaleddin Rumi (1207–73), better known in the West as Mevlana, who was born in what is now Afghanistan but travelled to Konya with his family. Once there, he developed his philosophy of all-enveloping tolerance, at odds in many ways with the modern-day city that houses his shrine. It was Mevlana’s vision that gave rise to the idea that, by rotating their bodies over a prolonged period of time, individuals could be brought closer to Allah, and it was during his lifetime that the costume associated with the dervishes, in which white robes represent shrouds and tall conical caps tombstones, evolved.

In 1925 Atatürk abolished all the dervish orders as a potential threat to his secular state, and it is only in recent years that they have started to flourish again. While in Konya you should certainly visit the site of Mevlana’s tomb, but it’s also well worth attending a proper sema (dervish ceremony) if you get the opportunity.