Top 10 things to do in Cornwall 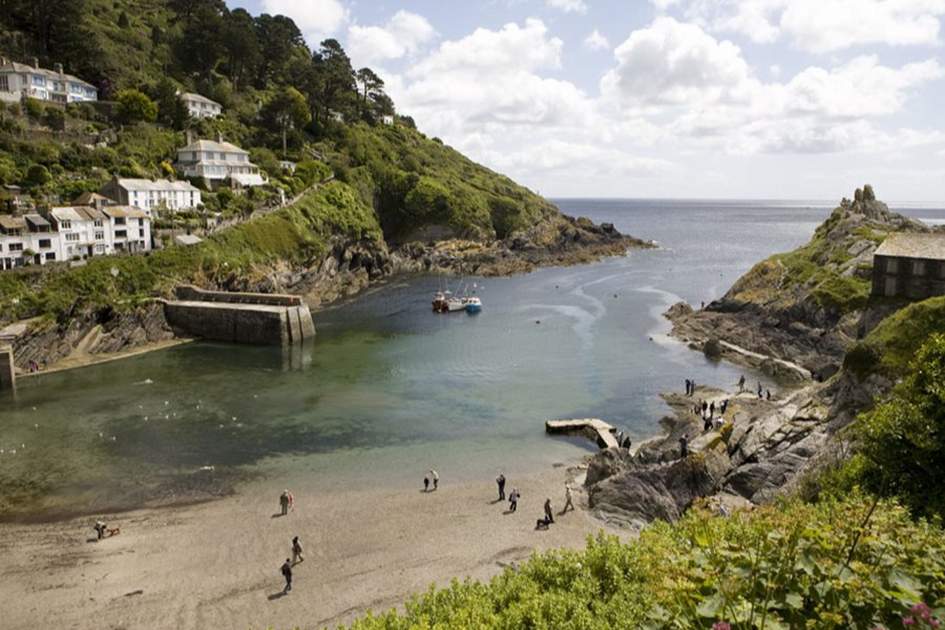 Many miles of wonderful coastal scenery, spectacular beaches, wild moorlands and great gardens make Cornwall, in southwest England, a fantastic place to visit. Here are our favourite top 10 things to do on your trip.

Cornwall has its own major art gallery in Tate St Ives. It holds only a small permanent collection of works by St Ives painters, instead presenting changing displays from the main Tate Collection, with a focus on works connected with Cornwall, and temporary exhibitions of works by other artists. The building is a delight in itself, as is its position, opposite Porthmeor beach: the view from the restaurant and upper terrace is like a spectacular painting.

An integral part of the Tate is the Barbara Hepworth Museum in Trewyn Studio on Barnoon Hill. Hepworth's vital spirit is much in evidence in her studio and sculpture garden. 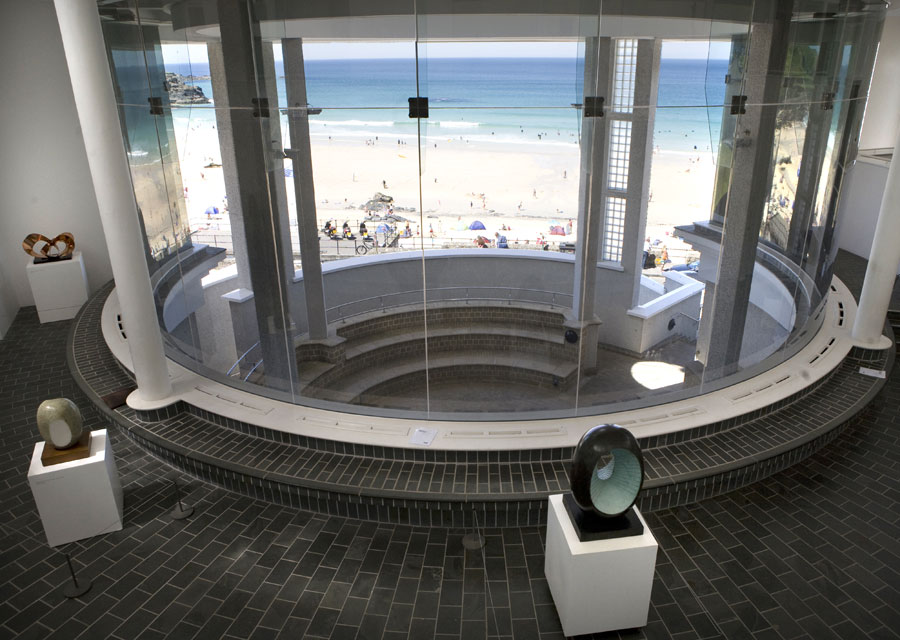 Newquay is the biggest and brashest resort on the north Cornish coast and a magnet for serious surfers. Fistral Bay is the biggest of the town's three beaches and where the major surfing championships and events are held. 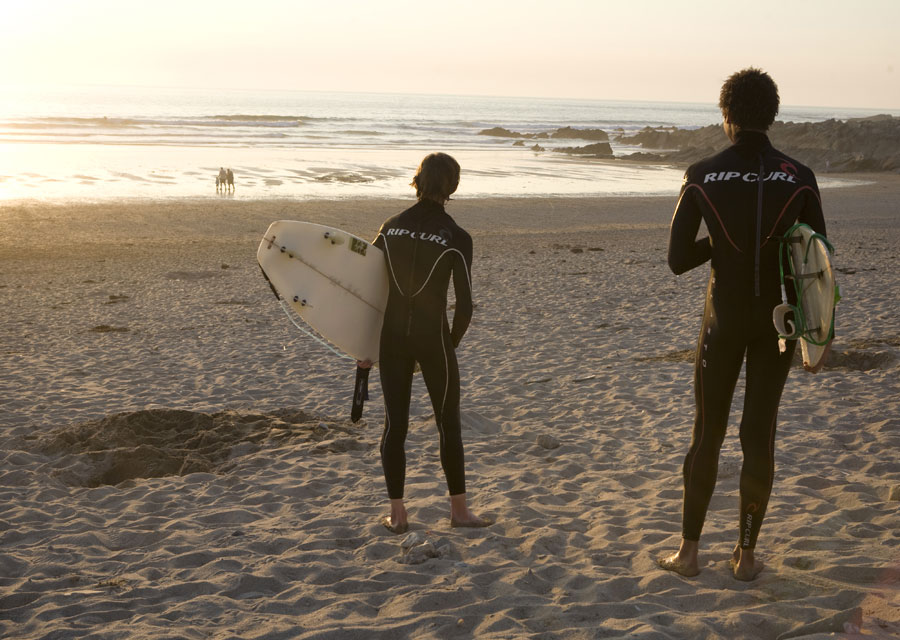 3. Learn about biodiversity at the Eden Project

The Eden Project is Cornwall's most popular attraction. The project, a 35-acre site in a disused clay pit, has transformed one of the few unattractive areas of Cornwall into a place everybody wants to visit. It is a vast global garden, incorporating huge dome-shaped biomes that resemble a surreal space station made of bubble wrap, containing a staggering variety of plants. It's a place with serious environmental ambitions and there's a strong emphasis on education and engaging children. 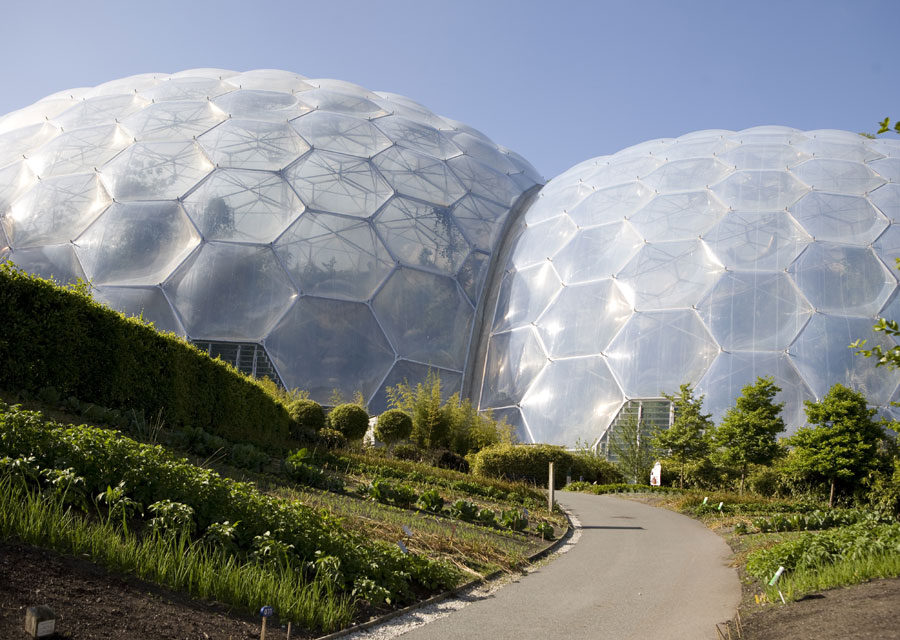 4. Get historical at Tintagel Castle

Tintagel, suffused with Arthurian legend, is hugely popular so don't go looking for mystical tranquility. As you enter the village, King Arthur's Great Halls offer a crash course in the Arthurian Experience. Tintagel Castle is a short walk from the village. The site, accessible only by a footbridge, is set in a coastline of dramatic black and craggy cliffs, exposed to the fury of the Atlantic. Once the site was occupied by Celts, Romans and Normans. In the 13th century, Henry III's brother Richard, Earl of Cornwall, instigated the castle's construction. 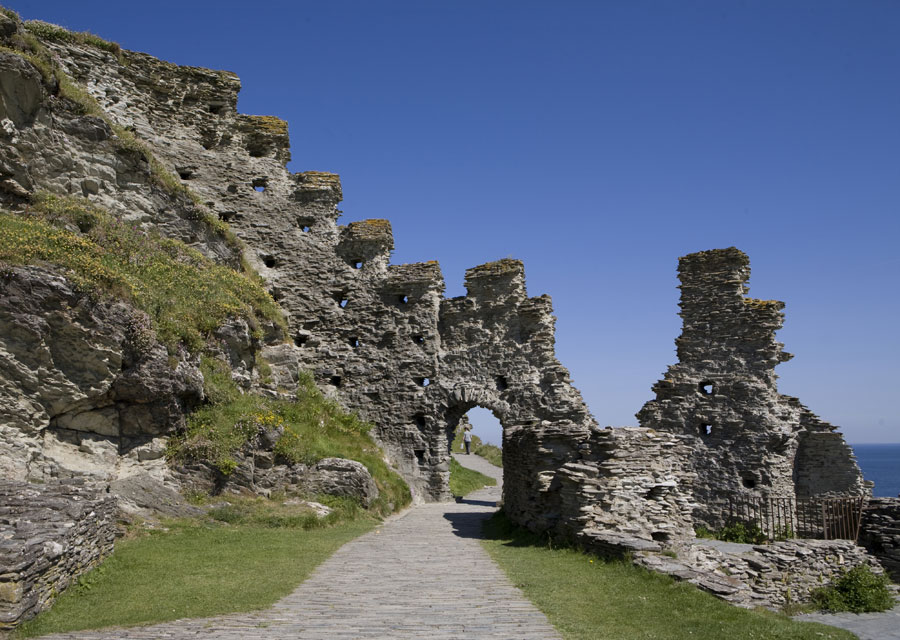 5. Take in the view at Polperro

Polperro lives up to its reputation as Cornwall's most picturesque fishing village and though it never produced a recognised artists' colony, thousands of amateur artists come here to paint. Colour-washed cottages, some more than 300 years old, crowd the steep hillsides, converging on a brook that flows fast through the village, under stone bridges into the tiny harbour. Cars are banished to the car park near the entrance to the village. Take a path up the hillside to enjoy the splendid views. 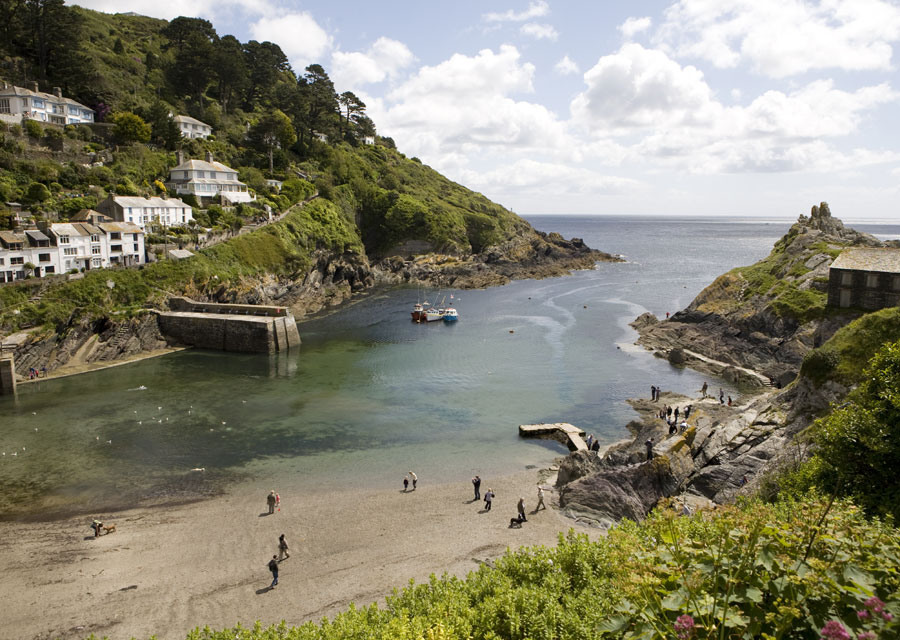 Covering Cornwall's backbone in a granite blanket, Bodmin Moor was home and shelter to the country's earliest inhabitants, and everywhere on the rock-strewn uplands are prehistoric stone circles, huts, barrows and medieval fields. Here you can see St Neot's church, with some of the finest stained glass in England, and Dozmary Pool, where, according to Alfred Lord Tennyson's poetic vision, King Arthur's sword was consigned to the waters after his death. 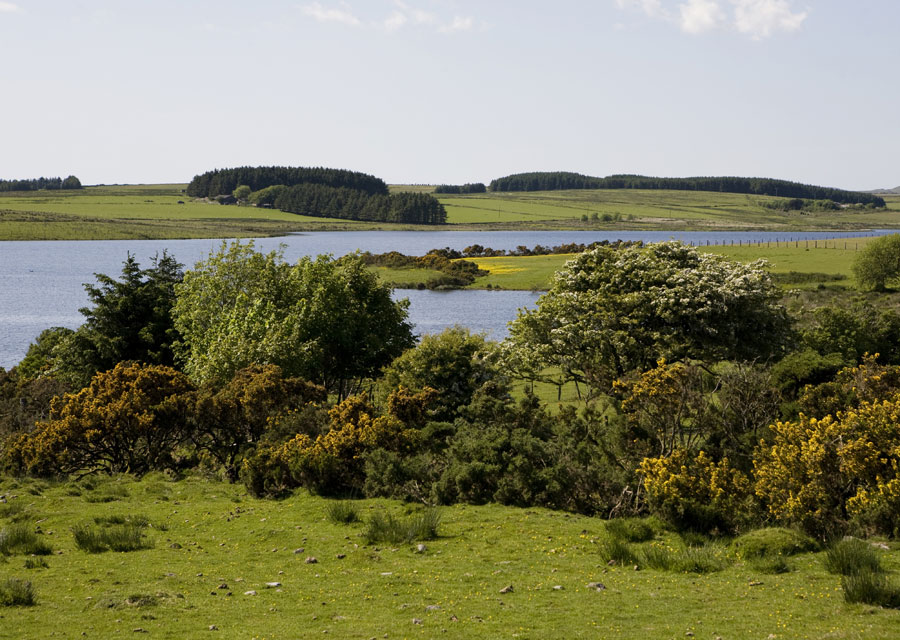 Falmouth started as a twinkle in Sir Walter Raleigh's eye. In the late 16th century, he decided it would make a good harbour and developed a village that by 1663 had become Falmouth. The arrival of the railway in 1863 to serve the new docks heralded the town's development as a holiday resort. Between the beaches and the station, quiet roads are lined with hotels, guesthouses, villas and gardens, the most lovely of which are Gyllyngdune Gardens. Falmouth Art Gallery and the stunning National Maritime Museum Cornwall, which dominates the waterfront, are both well worth a visit. 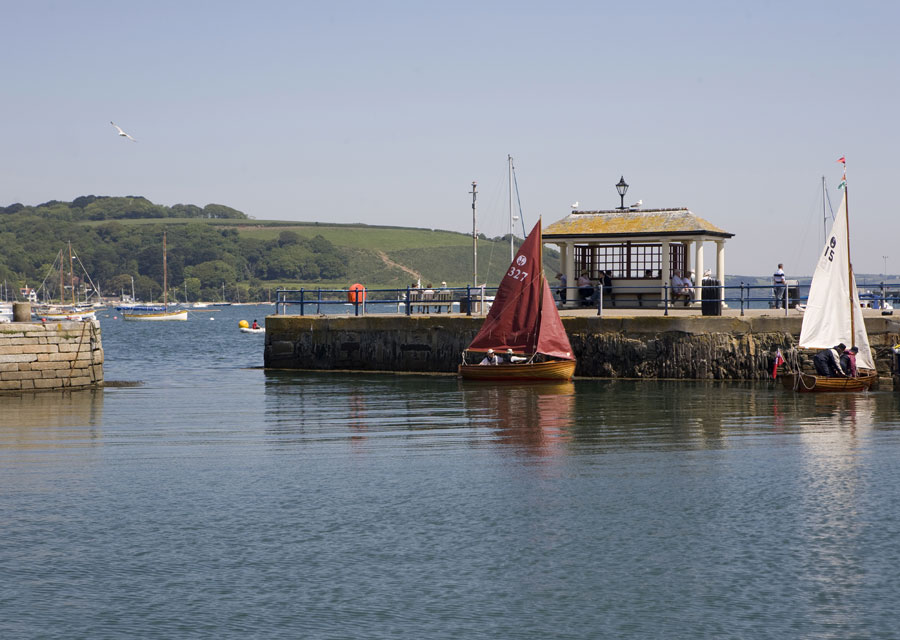 8. Feel the drama at the Minack Theatre

Summer brings actors to Porthcurno and the Minack Theatre. This cliff-edge amphitheatre, constructed in the 1930s, was the vision of one woman, the remarkable Rowena Cade. The name means 'rocky place' in Cornish and the views are simply spectacular. 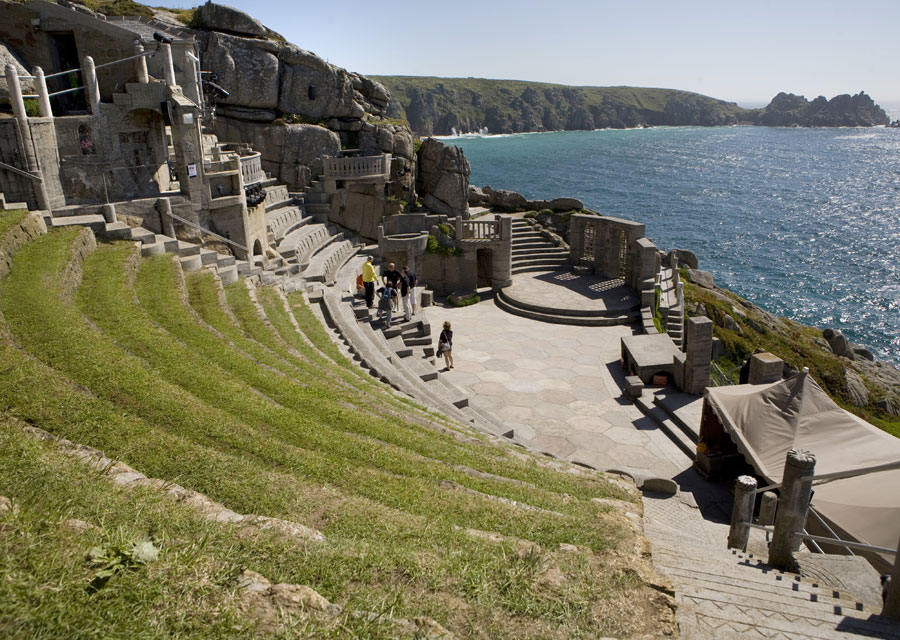 At Padstow quay visitors enjoy themselves admiring the harbour views and frequenting the small shops, cafes and restaurants that cater to all tastes and pockets - although Rick Stein's impact has raised the culinary tone of the town. 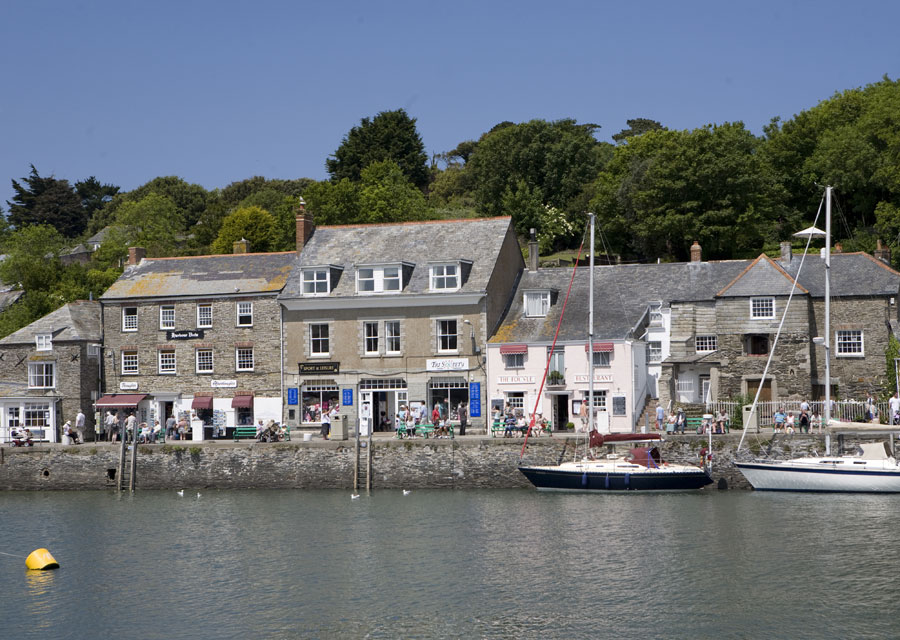 10. Stand at the edge of England at Land's End

Land's End is England's most westerly point. Nothing except the Isles of Scilly lies between here and America. The Land's End Visitor Centre is a fun family day out in a complex that embraces a hotel, cafes, interactive attractions, birdwatching, speciality shopping and, of course - the famous Land's End signpost. 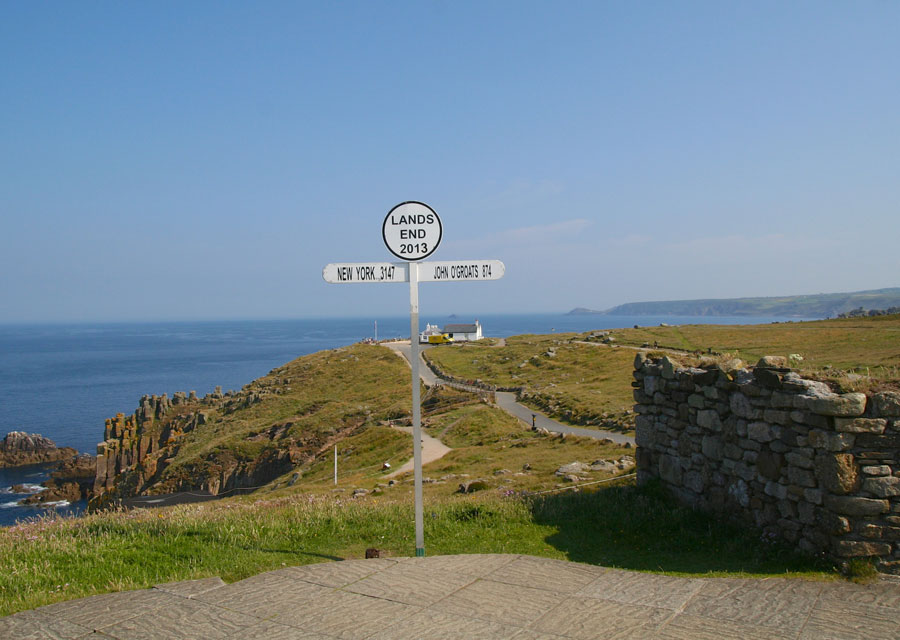 Take a Cornwall guide with you.