Things to do in Sarajevo, Bosnia and Herzegovina

In 2020, it will be 25 years since the Bosnian War ended, and high time to explore Bosnia and Herzegovina’s capital Sarajevo. Intriguing culture, stunning architecture and tempting cuisine all contribute to the city’s allure. Here is our look at the best things to do in Sarajevo and nearby Mostar. 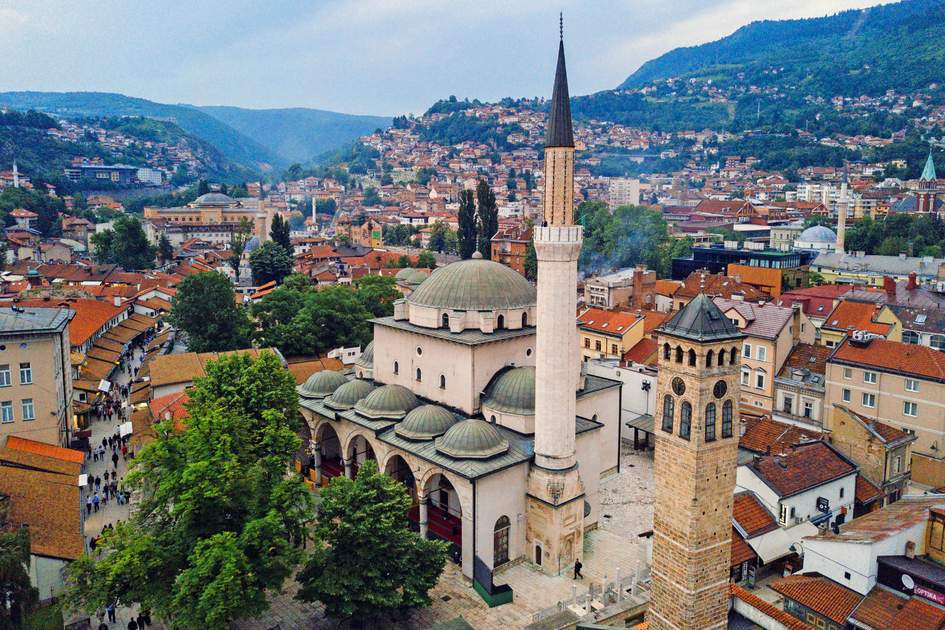 FlyBosnia airline now offer three direct flights a week from London to Sarajevo – the first direct flights from the UK since 2008. So it's easy to travel to Sarajevo to discover the best of this fascinating European capital and the nearby city of Mostar.

To really understand the tragic history of the Siege of Sarajevo, a visit to the Tunnel Museum is a must. In 1992, locals hand-dug an 800-meter long tunnel which became an essential part of survival for residents. It acted as a pathway to obtain food, aid and war supplies. Today, visitors can enter a 20-meter section of the tunnel for themselves. It may not be suitable for claustrophobic explorers though – the tunnel is approximately 1.5 meters high and 1 meter wide. With insightful displays and video footage, you can get a feel for what life was like during this troubled period in the city's history. With tour guides available, you can also hear their moving stories first-hand.

Sarajevo is tucked away in the valley of the Miljacka River and so offers dramatic backdrops and soaring skylines. To make the most of the views, glide through the air on Sarajevo Cable Car from the foot of Mount Trebević. This spot was home to some of the 1984 Winter Olympics events, and the original toboggan run can still be found close by. The cable car reopened in 2018 and allows you to shoot up 1,100 meters in just 7 minutes. Enjoy views of Catholic church towers piercing the horizon, dramatic minarets and striking terra-cotta roofs while watching the city stretch out below. 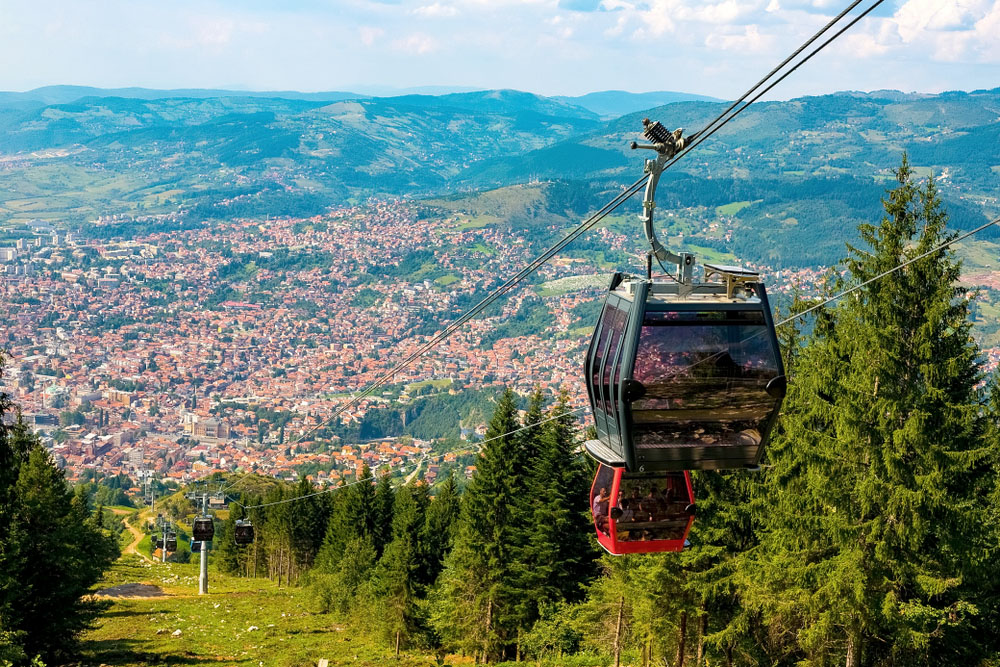 No visit to Sarajevo is complete without a wander around Baščaršija, the city’s 15th-century old town. Hear coppersmiths chipping away at an array of hand-made goods from bookmarks to jewellery and marvel at multicoloured traditional kilim rugs. The aroma of coffee hits you as you explore the cobbled Baščaršija lane, while you stroll past locals chatting and enjoying a pop of Turkish delight. Enjoy the incredible mix of architecture in the area, too. Soviet-style towers stand tall while dark Ottoman wooden buildings overlook the winding streets. The Gazi Husrev-beg Mosque in the area is well worth a visit. Built in 1532, it is the largest mosque in the entire country. Visitors are very welcome here and can take in the typical Ottoman architecture of onion-shaped domes and fine Islamic designs around the mosque's entrances.

From grilled cevapi kebabs to flaky burek pastry, served with meat, cheese or spinach, Bosnia is one for comforting cuisine. With similarities to Turkish and Mediterranean food, you can find a wonderful variety of dishes to try. Bosnia is vegetarian-friendly with dishes such as dolma – vegetables stuffed with rice, to tuck into. Vegans can delight in a range of restaurants dotted around Sarajevo. Halal-friendly eateries are also numerous, so much so that the Sarajevo Halal Fair takes place each year at the end of September, bringing members of the halal food industry together. Halal-friendly accommodation is also popular, Swissôtel does it exceptionally well, providing stylish and comfortable accommodation. 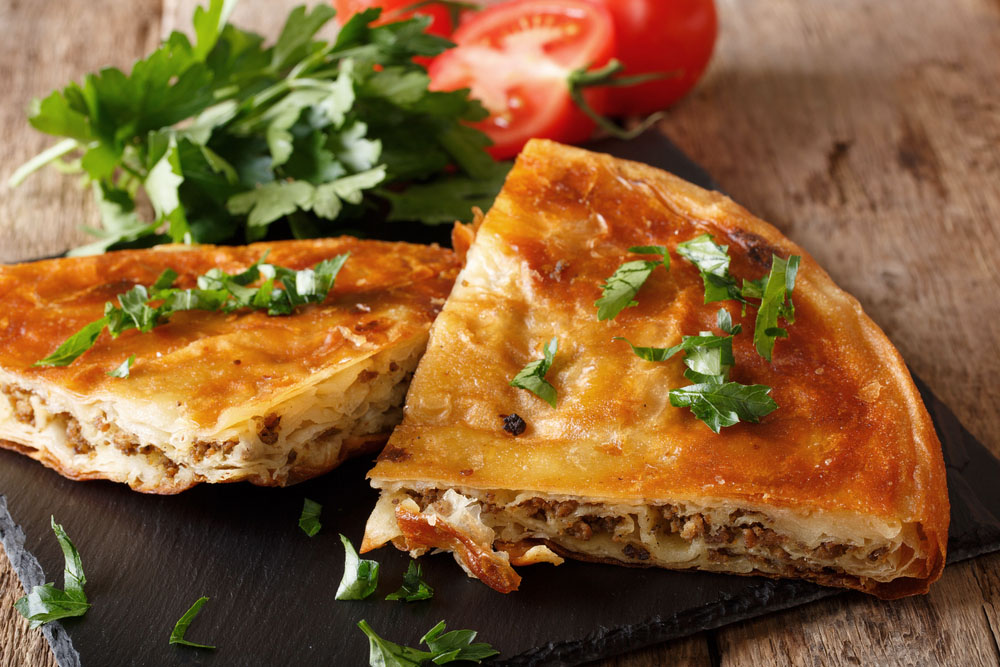 Take a day trip to Mostar

Mostar, the official capital of Herzegovina, is just over a two-hour drive away and well worth a day trip from Sarajevo. The must-see sight is the compelling Stari Most, a 16th-century Ottoman bridge. It was destroyed during the Croat-Bosniak War, but later reconstructed to reopen in 2004. Home to an impressive diving spectacle, you can witness brave locals walking (with no safety equipment!) along the edge of the bridge to collect money from passers-by, before plunging into the shallow waters of the River Neretva below. The divers casually resurface to applause from spectators, and the whole show starts again. The city's enthusiasm for diving is borne out by it being one of the stops on the annual Red Bull Cliff Diving World Series. 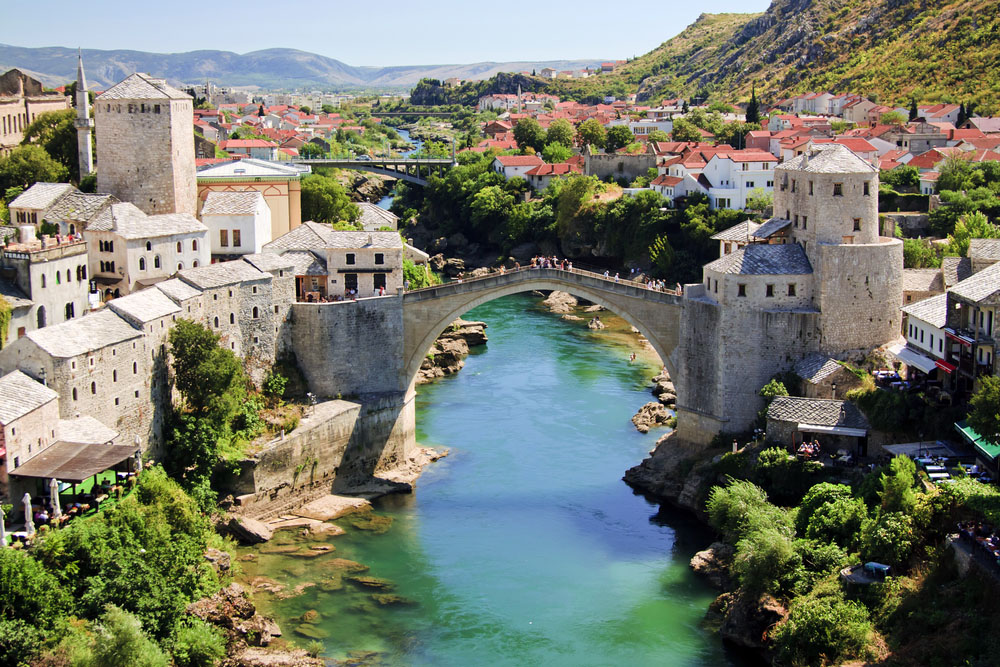 Muslibegović House, formerly home to the noble and influential Muslibegović family in Mostar during the late 17th century, is a classic example of Ottoman architecture. Today, the house functions as a museum where you can view traditional Bosnian crafts, precious manuscripts and artefacts. From the courtyard, head upstairs to lavishly decorated rooms furnished with antiques and hung with Anatolian kilim rugs. From the top floor, you can take in sweeping views of Mostar and the surrounding mountainous scenery. If you would like to extend your visit, reserve an Ottoman-style room and stay overnight – the property also operates as an upscale heritage hotel.

Away from the crowds of diving spectators, a quieter Mostar bridge is Kriva Cuprija. Also known as the Crooked Bridge, it was once destroyed by flooding, but with the help of Unesco, it was reconstructed and reopened in 2001. The small arched bridge cuts across Rabobolja Creek and the Neretva River and provides stunning views of the surrounding stone-built houses, minarets and the encirling mountains. 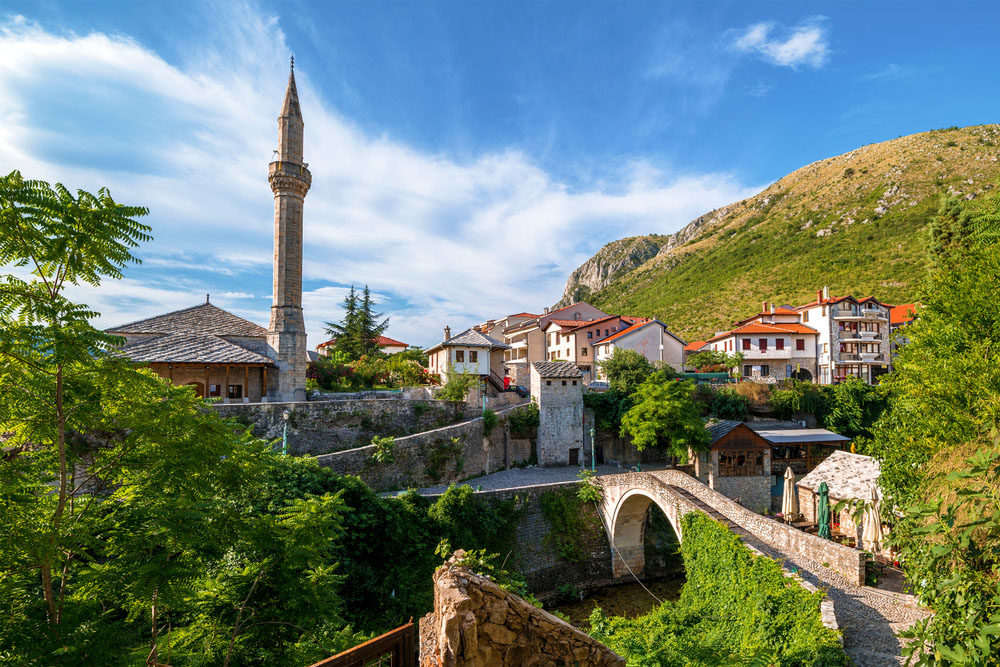 Ready to take a trip to Bosnia and Herzegovina?

Insight Guides can help you plan and book wonderful trips in Bosnia and Herzegovina. Simply get in touch to let us know your ideas for the trip and when you would like to travel. Our local experts will then prepare a personalized itinerary especially, which you can amend until you’re completely happy with every detail before booking.

It was a very good trip! Sofija organised it well, right from the airport pickup to the hotel, food, etc. The guide was a wonderful person with good English and a lot of knowledge about the country's history.

We are having a wonderful time in beautiful Croatia and our guide, Marin, is fantastic! He makes our trip unforgettable and magical!

Your local travel organizer for Bosnia and Herzegovina