Top 3 ski resorts in the Alps 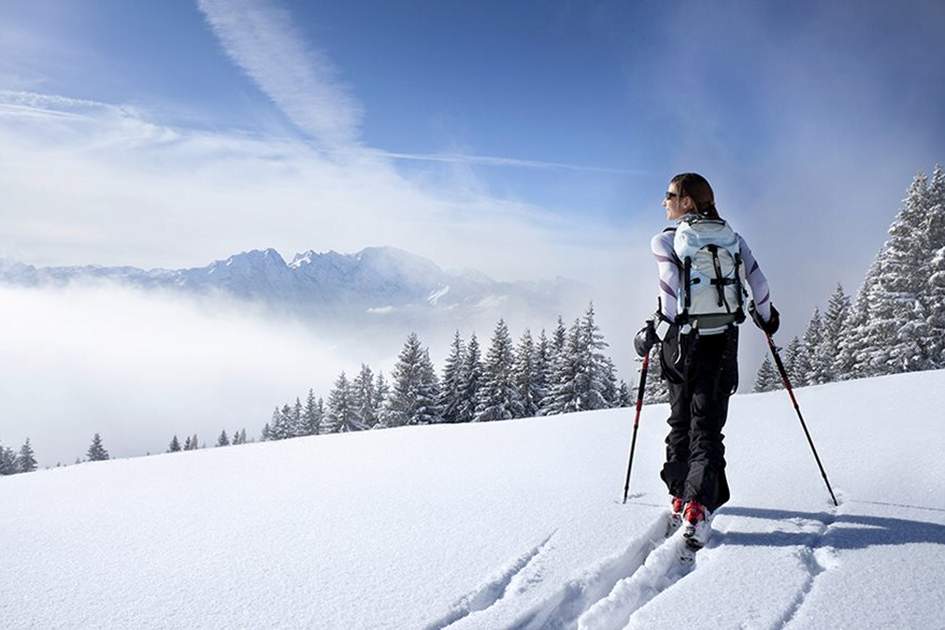 Backcountry skiing in the Austrian Alps on a beautiful, sunny winter day

Stretching over 1,000 miles through 5 different countries, the Alps are an integral part of mainland Europe, in terms of geography, culture and history. Geographically, the Alps occupy 11% of mainland Europe and have a huge effect on European climate, acting as a barrier for the Mediterranean and creating stable and drier temperatures for countries to the south. Historically, the Alps have also been ever-present in European history, standing in the way of Roman expansion from the south, and more recently, housing Adolf Hitler’s exclusive residency; the Eagle’s Nest at Berchtesgaden.

Furthermore to these characteristics, one activity defines the Alps more than anything else: Skiing.

With such a rich and varied geographical make-up, there is something for skiers of all ages and abilities to be found in the Alps. The cold weather in the U.K., which seemingly goes hand-in-hand with the annual tabloid come-harbinger-of-doom predictions of the impending ‘big freeze’ and ‘the coldest winter since U.K. records began’, has inspired us to embrace the cold and take a look at the three best resorts to visit in the Alps this winter:

Largely undiscovered by the tourist population en masse, the picture-perfect, romantic village of Mürren is tucked away in a remote corner of Switzerland. The village, which is car-free and only accessible by train or cable car, boasts stunning views of the surrounding Eiger, Mönch and Jungfrau mountain glaciers. Mürren is also home to the famous Schilthorn run, which is comprised of 1300m of challenging terrain and obstacles set against the beautiful backdrop of the Alps; pure bliss for skiers and snowboarders alike. With 33 miles of surrounding slopes to entertain yourself with during the day, you’ll be hungry by the evening, so head to Piz Gloria, the rotating restaurant featured in the James Bond film, On Her Majesty’s Secret Service. If you fancy a drink after, be sure to head to Gondel Bar, which operates out of a single, grounded cable car at Hotel Jungfrau. Mürren is the ideal place to come for a quiet ski break, as the village begins to wind down early.

Mürren also lays claim to being the birthplace of skiing as we know it today; in 1910, Sir Henry Lunn convinced locals to open the railway during winter in order to boost tourism, before his son, Arnold, organized the first ever slalom race in Mürren in 1922. Arnold’s son, Peter, was a frequent visitor to Mürren for 95 years, until his death in 2011.

The Holy Grail for skiers and snowboarders; Chamonix is perhaps the most obvious inclusion on this list and firmly merits its own presence. Chamonix was the scene of the first ever Winter Olympics in 1924, and Mont Blanc, the tallest mountain in the Alps, can be accessed from Chamonix. The Aiguille du Midi cable car takes skiers over 9,000 feet from its base at Cham Sud, before taking them to the Aiguille and the foothills of Mont Blanc. If you ski all the way to the floor of the valley from the top of the slope, you will have travelled over 10,000 vertical feet!

Don’t be put off by this huge slope though; Chamonix offers much, much more. The geological make-up of the valley facilitates a comprehensive range of different slopes for skiers of all abilities, from beginner to expert. Smart Guides’ Miles and Liz Smart are just two of many fully certified UIAGM instructors who know the valley inside out.

As you may expect, such a varied and famous location attracts plenty of visitors during peak months. The result of this is a thriving resort town and nightlife, with plenty of accommodation, restaurants and bars to choose from, which is just as well as you will have earned a nice glass of hot, mulled wine after a day on Chamonix’s slopes! The delicious Papillon Restaurant serves a range of international cuisines and has recently been awarded the Trip Advisor certificate of excellence for 2014 if you’re in the mood for something hearty.

Perhaps the most family friendly resort on this list, Alpbach sits at 3,000 feet above sea level in the Austrian Alps and has recently been voted the prettiest village in Austria, and it’s not hard to see why. A relatively small community, Alpbach is home to around 2,500 people and some truly beautiful wooden chalets to stay in, with a few bigger, luxurious hotels appearing in recent years.

There are only 2 slopes accessible from Alpbach, both of which are suitable for beginners, commending Alpbach’s suitability as a family or beginner’s location. There are also instructors available for a range of ages and abilities. If this isn’t enough for you, don't be put off, as there is a much bigger choice of slopes at neighbouring Inneralpbach, which is a short bus ride away. Back at Alpbach, there are also sleigh rides available through the surrounding woods and plenty of walks if you’ve had enough of skiing.

There is a small selection of quality restaurants and quiet bars in the town, which looks equally spectacular under a blanket of stars and the night sky as it does during the day. Head to the critically acclaimed Gasthof Zirmalm if you fancy sampling some traditional Austrian food, served in a quiet and relaxed environment.