Top 5 Christmassy things to do in New York 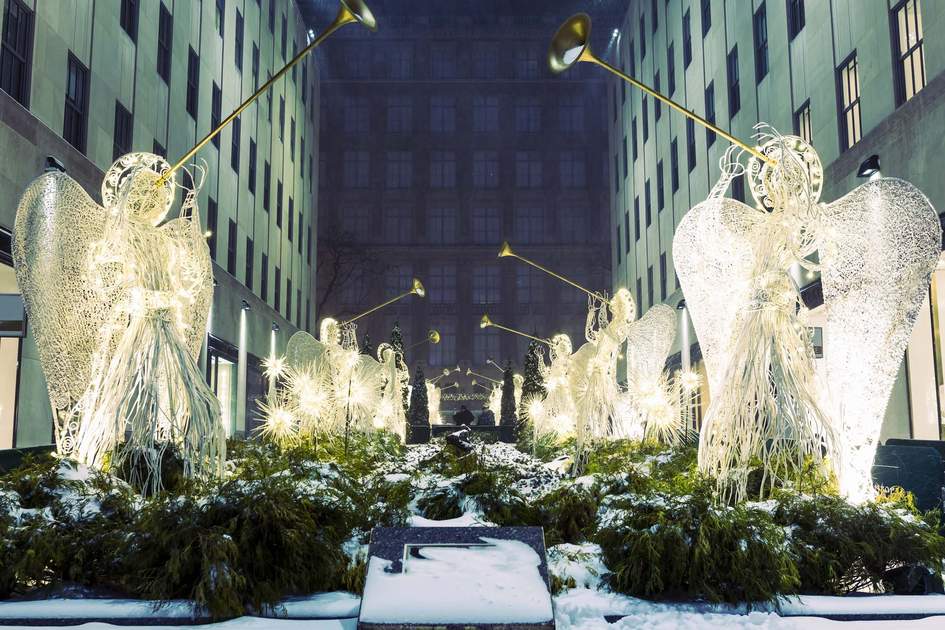 Blame it on the movies perhaps, but Christmas in New York conjures up a host of instant images – the huge tree at Rockefeller Center, twinking lights decorating the stores, ice-skating and snowy scenes in Central Park…all set to the soundtrack of a classic American holiday song – Have Yourself a Merry Little Christmas, perhaps, or Winter Wonderland.

New York is a fabulous year-round destination, but there’s no denying the romance of a trip to the Big Apple over the Christmas period. The busy streets take on a soft-focus glow with millions of fairy lights and decorations adorning the main shopping avenues, while Salvation Army volunteers ring bells on street corners. The good news is that you don’t need to visit New York right over the festive period to get a taste of this – it officially becomes the holiday season right after Thanksgiving (the last Thursday in November) and the Rockefeller Center’s tree lighting happens in the first week of December. Here is Insight’s pick of the most Christmassy things to do in New York this month.

For more than 75 years, the Radio City Rockettes have performed in their palace, the last word in Art Deco extravagance and the world’s largest indoor theatre, located in the Rockefeller Center. Their Radio City Christmas Spectacular show is an American institution and draws an annual audience of over 1 million. Proficiency in jazz and tap dancing are requirements for ensemble dancers, who make this a truly festive, high-kicking extravaganza.

Midtown’s array of department stores really put on the sparkle for the holiday season, and simply wandering down Fifth Avenue or around Herald Square when the Christmas lights are out is an experience in itself, even if you aren't the sort whose credit card starts twitching in anticipation. For the most immersive experience, head to Macy’s Santaland, where you can take kids to an audience with “the man himself”. 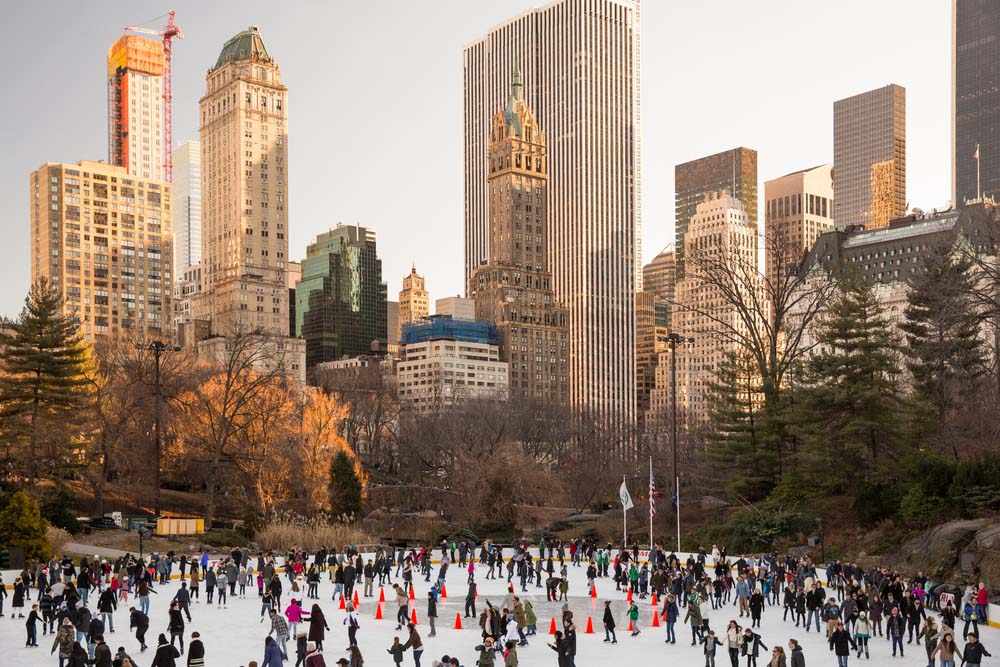 The hugely-popular ice-skating rink at Rockefeller Center, under the big tree, is perhaps the most iconic place to take a spin (or a fall), but if you can’t get a ticket, try Bryant Park. The Winter Village here features more than 125 boutique shops – ideal for gift-shopping – while the ice rink offers free admission. Rental skates are also available. Finally, the Wollman Rink in Central Park provides classes and the most picturesque backdrop for skating on offer.

Get cosy while it's cold outside

New York in winter can be pretty bitter – all those icy winds whistling down grid-layout streets – but its bars and coffee houses are as warm and inviting as you could ask for. Hole up downtown in Greenwich Village, Meatpacking or Flatiron, and watch the world go by while you sup an artisan coffee or hot cider.

Whether your Christmas favourite is Miracle on 34th Street, Home Alone 2 or Elf, it’s easy to feel yourself on-set in the city, which has been immortalised many times on film. Head to the most cinematic destinations – the top of the Empire State Building, Central Park, the Brooklyn Bridge...and don't forget FAO Schwartz for a chance to pay tribute to that Big piano dance!

Inspired to go? Read more about New York or buy one of our New York travel guides.

Or read our top Christmassy things to do in London.