Top 5 things to do in Durdle Door

Dorset's Jurassic Coast is popular, and for good reason. Among those reasons is Durdle Door, a gorgeous natural arch. Here are the top 5 things to do in Durdle Door. 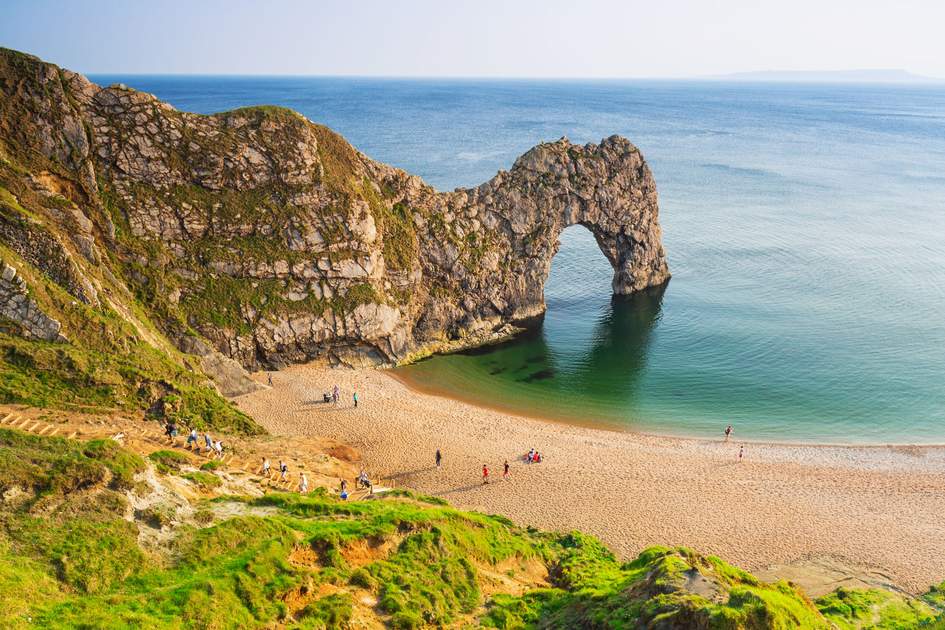 Durdle Door at the beach on the Jurassic Coast of Dorset, UK. Photo: Patryk Kosmider/Shutterstock

With international travel being subject to tedious restrictions, UK travellers are looking to explore destinations closer to home. Seeing our own country with a fresh, new insight has inspired a range of staycations. On the Dorset coastline you’ll find one of the most stand-out icons of Britain – Durdle Door, a jagged limestone arch rising out of the crashing sea. The surrounding area, picturesque and quaint, offers plenty of outdoor activities to keep you going. Here is our guide to the top 5 things to do in Durdle Door.

How to get to Durdle Door

England’s Durdle Door can be accessed in a range of ways. Don’t be put off by hopping on and off different modes of transport, it just adds to the scenic journey as you rush past lush fields and meander through winding lanes.

West Lulworth is only a half an hour walk to Durdle Door and a splendid spot to stay in for your break. Take a three-hour coach from London Victoria to Poole, and then a twenty minute train ride to Wool and a short bus ride on the number 30 from Wool to West Lulworth. This can take around three and a half hours in total. You can also take the X54 bus from Poole straight to Durdle Door, which takes about one hour and twenty minutes.

Alternatively, board a train from London Waterloo station to Bournemouth, then hop on another train to Wool and then take the 30 bus. The whole journey takes about four hours.

Getting to Durdle Door from London with a car will take you around three hours. 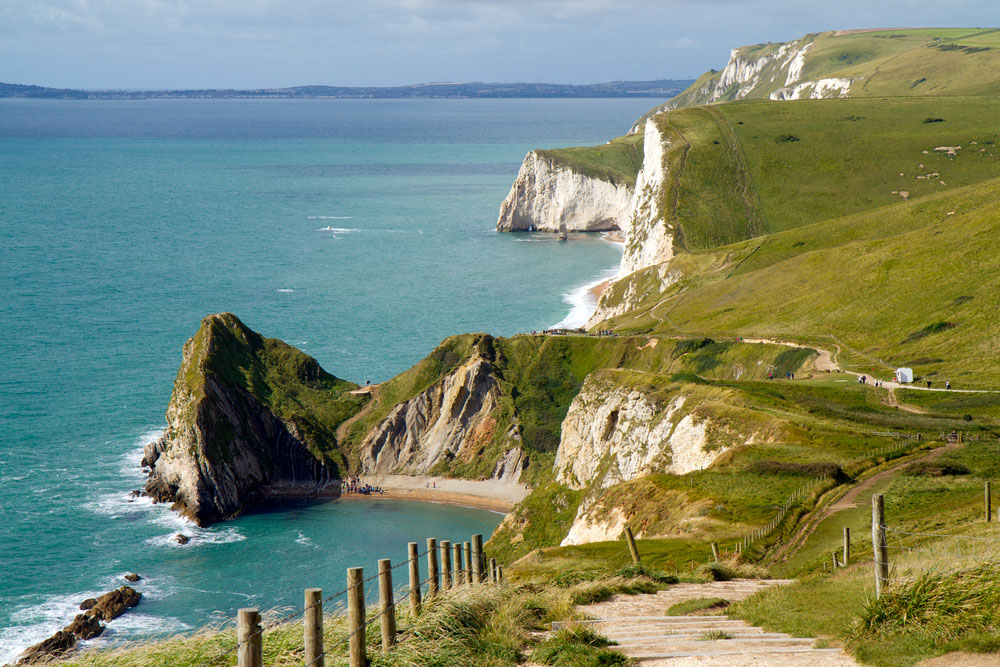 What to do in Durdle Door

The cragged limestone arch of Durdle Door on the Jurassic Coast plasters endless brochures of the country. Watch the water thrash the caramel-coloured rock, with lush grass to-ing and fro-ing in the gusty wind. Set up base on Durdle Door’s shingle beach, and trace the layers in the rock – imaginative folk might even spot some faces in the stone. Otherwise coo at the fluffy pooches who bound across the beach, popping in and out of family photographs. Sun-bathers can deck out and enjoy the southern sun, while confident swimmers can take to the clear, fresh waters. Under no circumstances is the Durdle Door cliff suitable for diving. This very point has been featured in recent news headlines: a diver jumped off into the surrounding water; he thankfully survived but not without serious injury.

Monkey World provides plenty of fun moments – especially if you’ve got kids in tow. This spacious monkey and ape rescue centre, found near Wool, is perfect for anyone interested in the primate world and animal rights. There are around 20 species of monkey represented here, individuals that have been saved from various illegal set-ups, such as a laboratory in Chile and a pet zoo in Turkey. The newest resident may just be the 37-year-old chimp called Kazu from a South African stud farm. 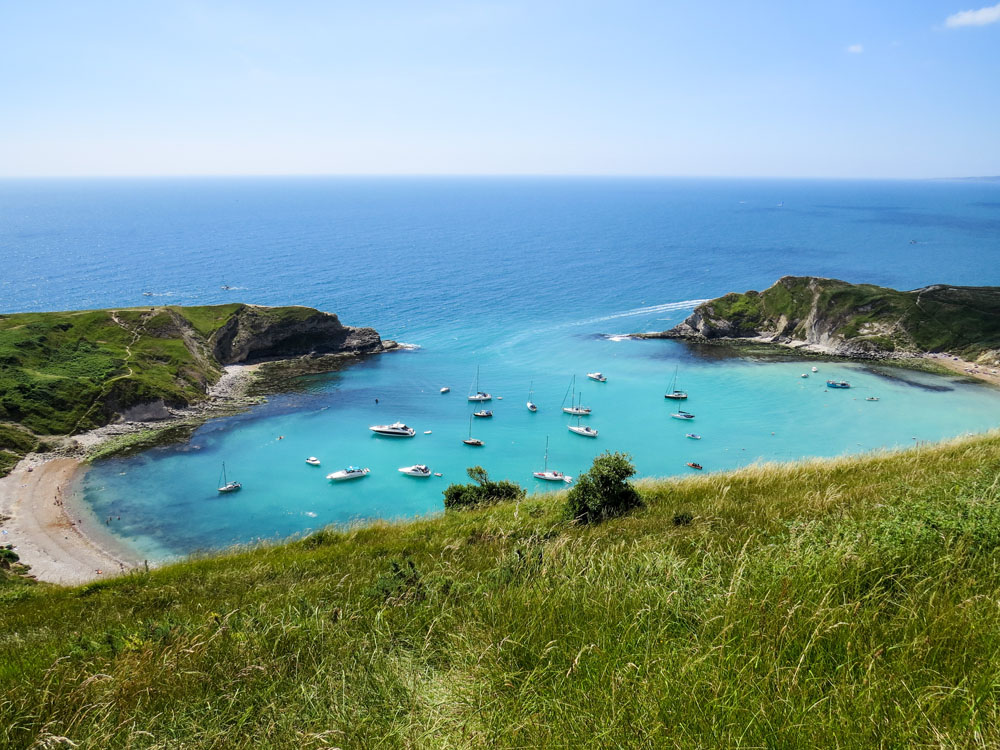 West Lulworth is dotted with cute thatched cottages and stoney winding streets which eventually lead onto Lulworth Cove. This was formed when the sea pushed through a weak spot in the cliffs and fell to leave a bay snuggled by sandstone cliffs. Here you will also find Stair Hole, a sea cave with a series of arches jutting out into the air. The whole area provides spectacular views of the thundering water below, hovering boats in the distance and plenty of crumbling rock to cast your eye over.

The soaring 17th-century Lulworth Castle is like something straight out of a fairytale. It was once a hunting lodge for members of the royal family, but was later damaged in a huge fire in 1929. Thankfully English Heritage partnered with the castle to partially restore the space. After learning more about the impressive history of the castle inside with videos and plenty of informative displays, head outdoors to enjoy its rolling grounds. Wander through the woodland walks and spread out on the greenery to tuck into a picnic. Little ones will enjoy exploring the children’s playground, while grown ups grab takeaway drinks and nibbles from the Castle Tearoom. 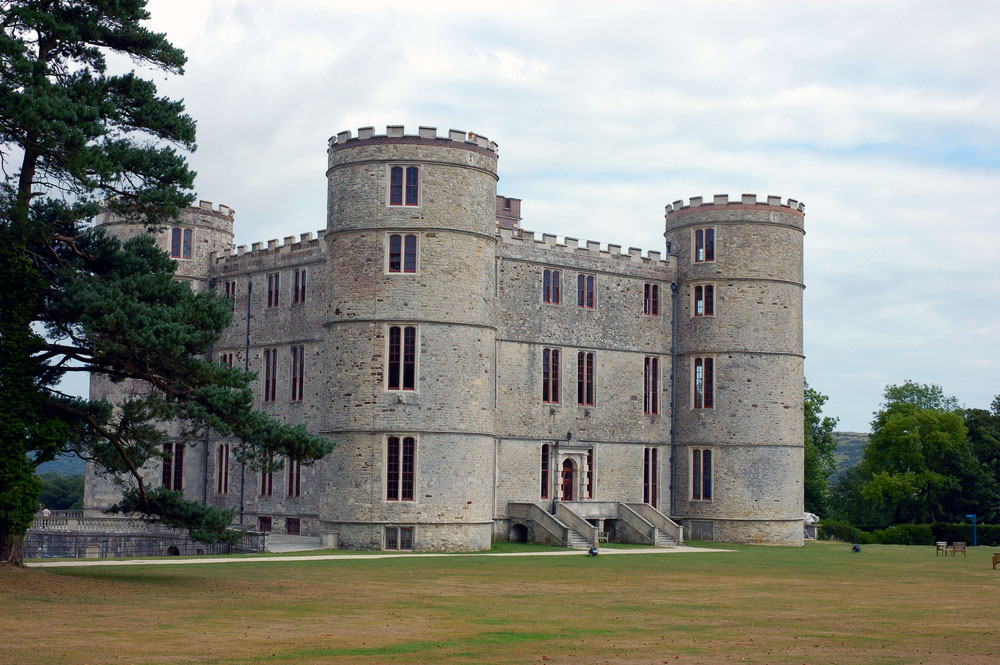 5. Indulge in the local cuisine

Being so close to the coast, it’s unsurprising that seafood features heavily on every menu. Think succulent Dorset crab, moule frites in a garlic-butter sauce and flaky sea bass. There is of course fish and chips to be had with all the usual condiments. It’s not all sea produce though; the Castle Inn serves hearty roasts and the most giant Yorkshire puddings outside the north. Vegetarians and vegans are also catered for, with nut roasts, baked aubergines and plenty of fresh zingy salads and aromatic curries in town. 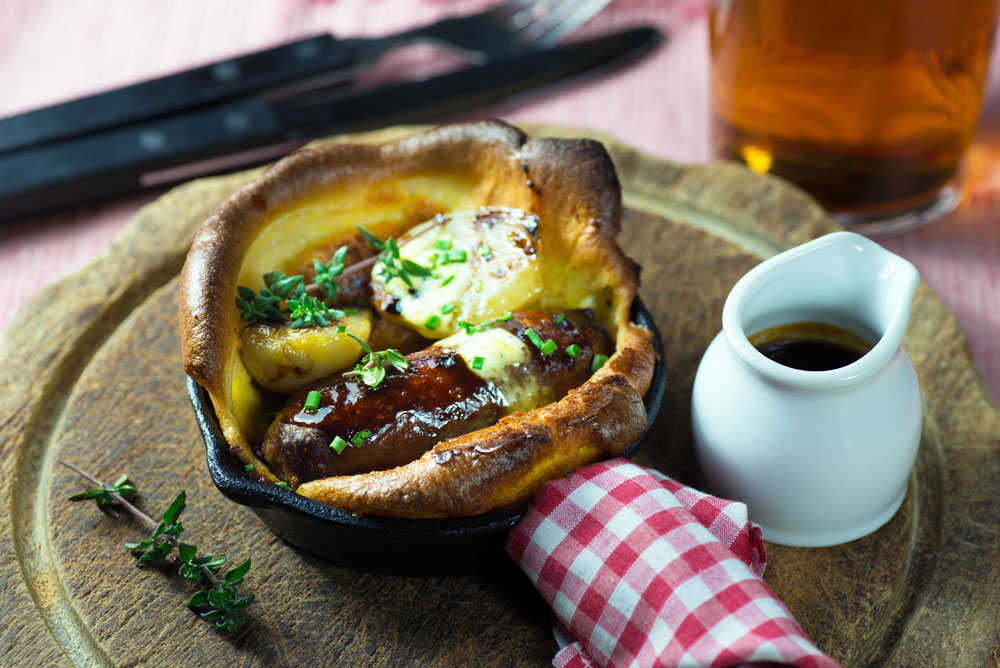 For a weekend by the sea in the UK, Durdle Door is most certainly at the top of the list. With plenty of outdoor attractions for curious travellers, beach babies and families (and dogs!), the whole surrounding area has heaps of appeal. International travel restrictions may just be a blessing in disguise.