Top things to do in Taipei, Taiwan

Taiwan’s capital Taipei is an absolute hidden gem. And the city’s famously warm and friendly people are more than happy to share their cultural blend of Chinese, Japanese and Southeast Asian influences with visitors. Here is our guide to the top things to do in Taipei. 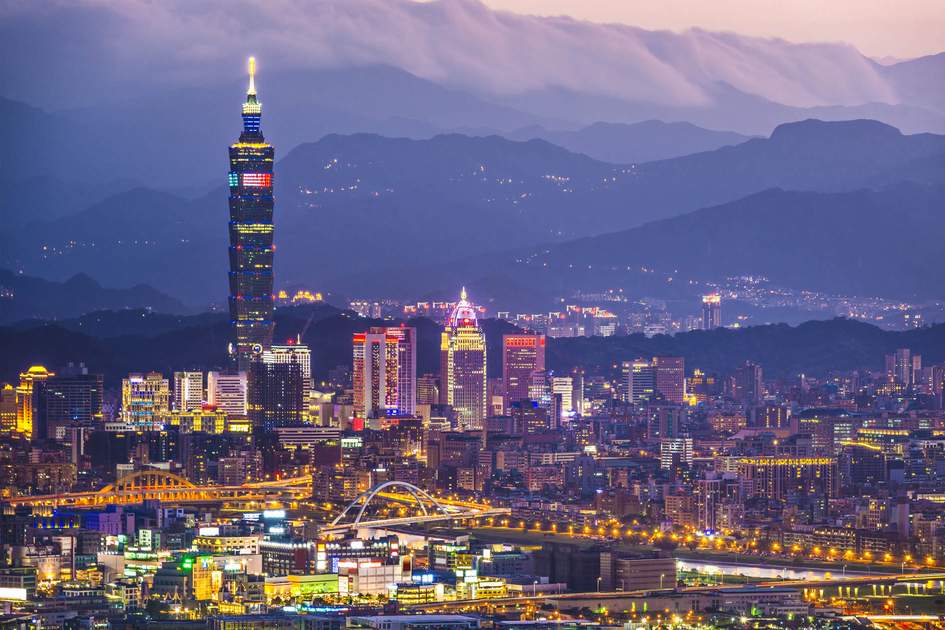 A dynamic metropolis packed with steely skyscrapers, animated temples, rooftop bars, riverside bike routes, and jostling night markets, Taipei is also known for its sulfurous natural hot springs and abundant hiking routes in the surrounding forested hills. Read on to discover the 7 most unmissable things to do in Taipei.

Taipei 101 is to Taipei what the Eiffel Tower is to Paris. But it’s taller – a good 200 meters taller! This bamboo-shaped skyscraper offers teetering views of the city from its 89th floor observation deck. In the summer of 2019, the building opened its 101st floor to visitors for the first time, while its Skyline 460 is the world's highest outdoor platform (at 460 meters). Arrive early in the morning or late in the evening to avoid long queues, and keep in mind that both are only worth climbing up to on clear days.

2. See Taipei’s changing of the guards

The elaborate mini-military parade of Taipei’s changing of the guards happens at three locations, so you can take your pick: National Chiang Kai-shek Memorial Hall (the most central), National Dr. Sun-yat Sen Memorial Hall (the location with the nicest parkland), and the National Revolutionary Martyr’s Shrine (the most elaborate). Whichever one you choose to see, it's a nice little pocket of pomp and circumstance in the city and an opportunity to take some great photos. Changing of the guards happens at each location on the hour, every hour, from 9am to 5pm. 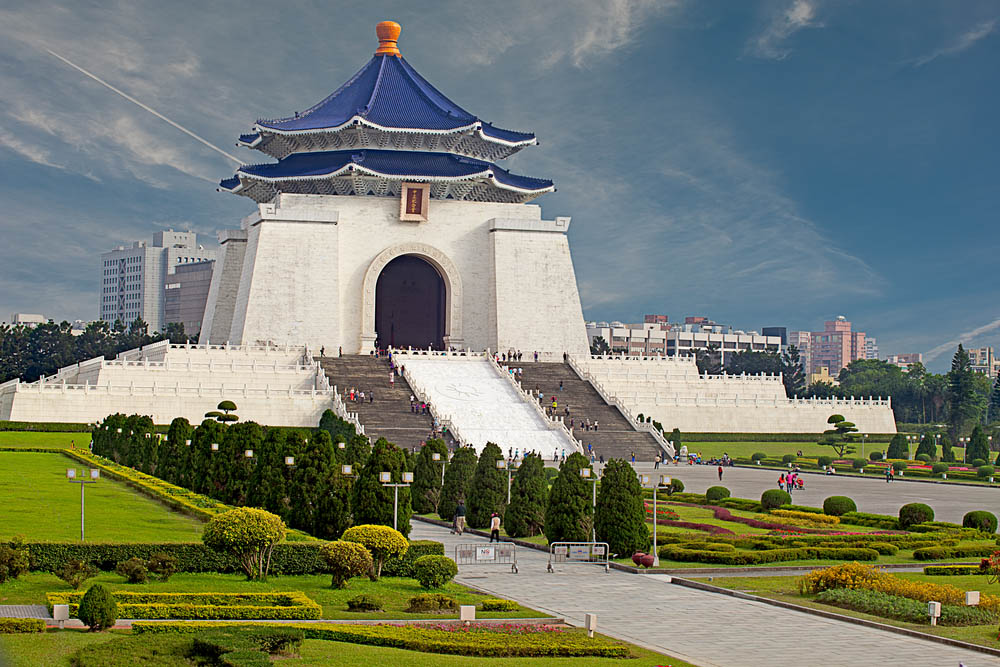 3. Snack at one of Taipei’s night markets

Taiwan’s night markets are world famous, and even more so since the Netflix show, Street Food, featured roadside recipes from here in its 2019 first season. It’s not just the list of favorite dishes that appeal – meat buns, noodle soup, oyster omelettes and stinky tofu – it’s also the atmosphere – the sizzling dishes, steam and aromas, with families, excited kids, and friends enjoying the scene. Tucked in-between among the food stands are games, souvenirs and fortune tellers' stalls. The markets all have their own charms, but if you have time to visit only one, try Raohe Night Market in the Songshan District. It’s set right next to the riverside where you can enjoy a leisurely stroll after eating. 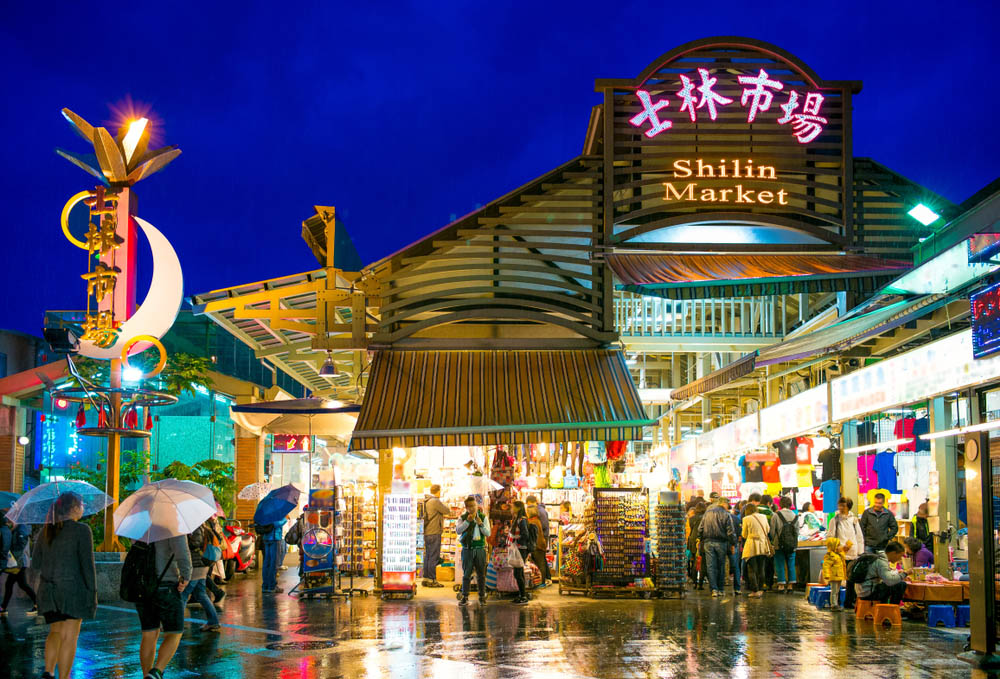 4. Relax in a Beitou hot spring

How many cities in the world can boast hot springs that are easily accessible by its metro system? Taipei's Beitou District – near Xinbeitou MRT station, half an hour from downtown – has scores of pools, resorts and spas where you can soothe aching feet and revive tired muscles. Villa 32 is a long-established upmarket option; SweetMe HotSpring Resort across the road from the MRT station is a stylish private spa; or for public outdoor bathing for little more than a dollar, try the government-run Millennium Hot Spring at the far end of the park from the MRT station. Against a backdrop of forested hills, a cluster of old museums and a small Japanese temple, the area offers the opportunity to feel like you’re on a retreat without having to do any of the usual traveling.

5. Toast Taipei with a craft beer

Craft beer has taken the world by storm and thankfully Taiwan has been swept up by it too. There are many established microbreweries in the city, several of which have their own taprooms – perfect spots to sample a tea- or fruit-infused IPA. Four of the big names to look out for are: Taiwan Head, Red Point, Taihu and Zhang Men. Take advantage of happy hours (usually before 8pm) as drinking out in Taipei is not cheap. Head to Zhang Men's Xinyi District rooftop location for a refreshing brew while taking in the magnificent vista of Taipei 101.

6. Take a hike for a new perspective on Taipei

You can savor sweeping views over Taipei by taking one of the numerous hiking trails in the hills that ring the city, many of which are a short walk from an MRT station and give excellent views of Taipei 101. The most famous is Elephant Mountain (Xiangshan MRT), but better (as in less crowded) in our opinion are: Jiantan Mountain (Jiantan MRT), Xianjiyan Trail (Jingmei MRT) and Tiger Mountain (Houshanpi or Yongchun MRTs). The hiking routes all offer observation points, rest areas, temples, and the opportunity to spot lots of lizards! Take your own water. 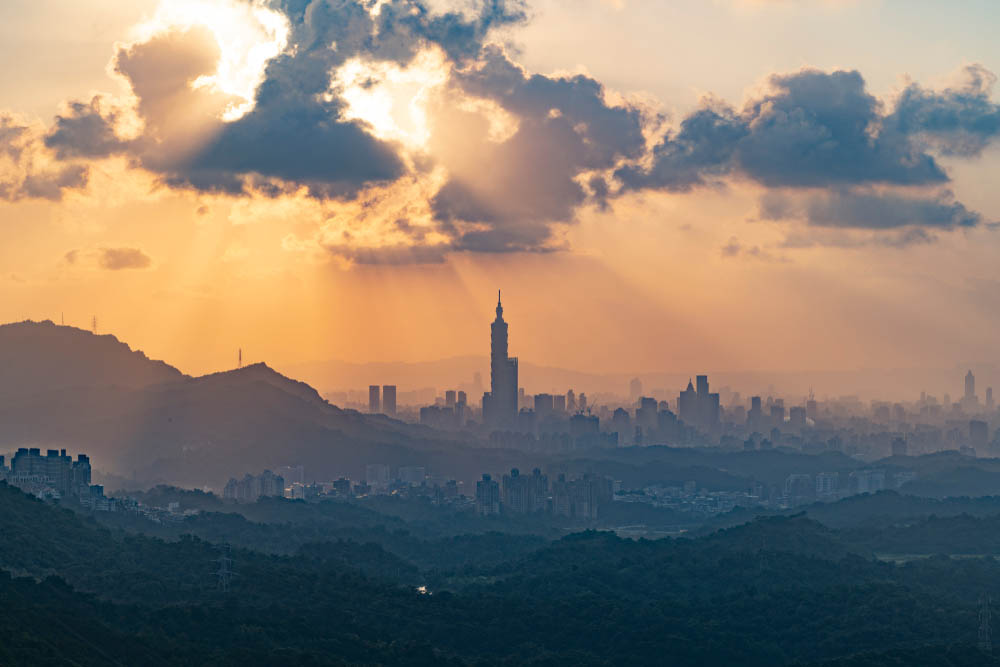 7. Discover your future at a Taipei temple

Whether or not you’re a skeptic, there is certainly some fun to be had in finding out your fortune. In Taipei, a soothsayer can read your face or palm, count rice grains or use astrological charts to predict what’s in store for you in love, work and family life. The most accessible place for foreigners to discover their future is in the underpass next to the Xingtian Temple in the Zhongshan District. Those seers who can speak English advertise with a sign. Alternatively, head to the Longshan Temple in the Wanhua District, grab a pair of red-painted moon blocks, pay your respects to the deity of choice, pose a yes–no question and then throw the blocks. You will get a ‘yes’ answer to your question if one block lands flat side up, and the other, rounded side up. 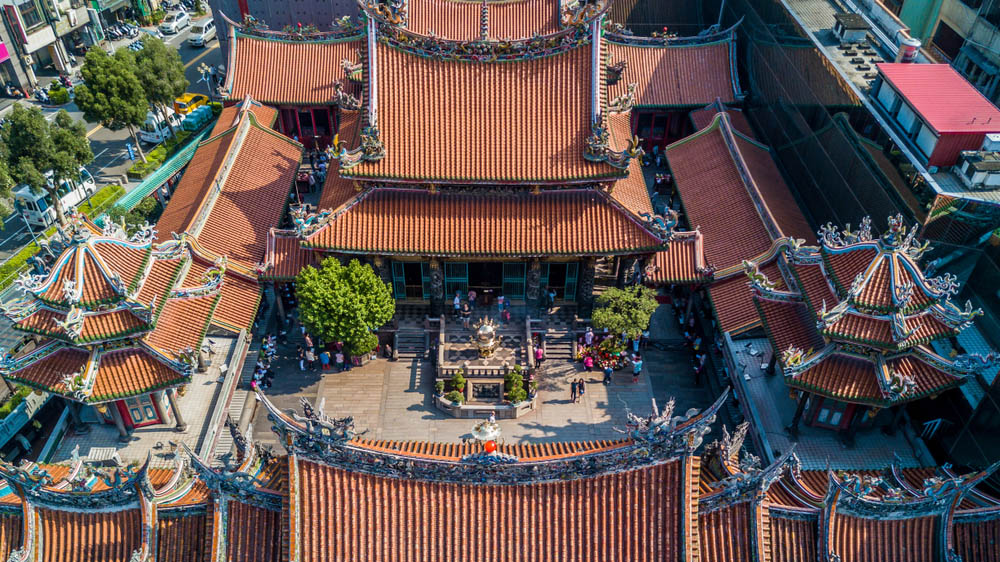 Ready to book a trip to Taiwan?

Insight Guides can help you plan and book wonderful trips in Taiwan. Simply get in touch to let us know your ideas for the trip and when you would like to travel. Our local experts will then prepare a personalized itinerary especially, which you can amend until you’re completely happy with every detail before booking.

The hotels that were selected were perfect. We had such an incredible time.

We would definitely recommend them to our friends!

Your local travel organizer for Taiwan