Travel around the world with these 8 tea ceremonies

You might think that tea is just the UK's favourite brew, but you'd be wrong. Here, we uncover 8 countries around the world with exquisite tea ceremonies. 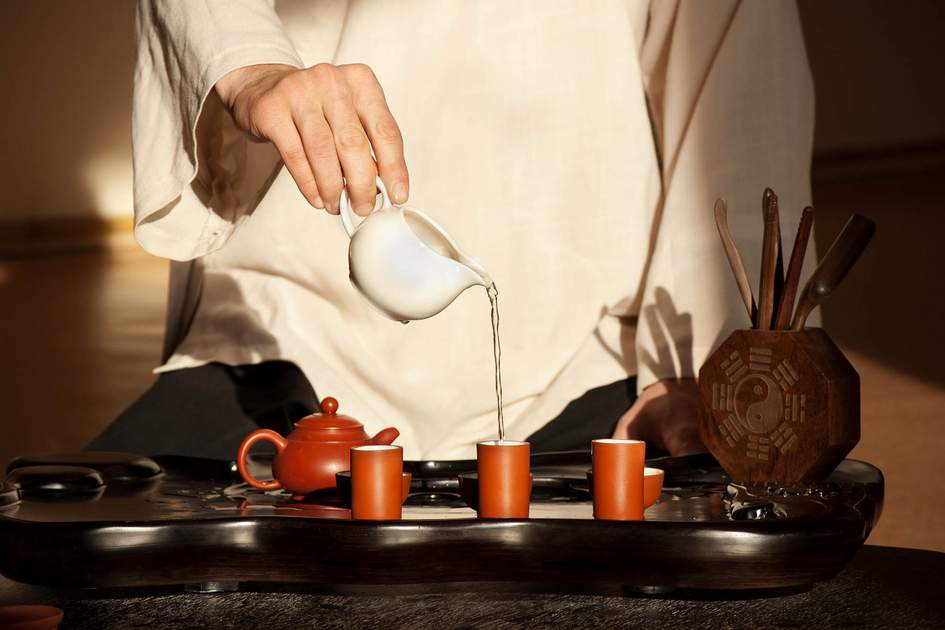 Believe it or not, tea has been around for a whopping 5,000 years. From its humble origins in southwest China, the drink has become the most consumed on the planet. But that’s not to say it tastes the same the world over: unique variations are created by different leaves, flavours and brewing methods. Here, we take you on a trip around the world with 8 tea ceremonies from far and wide.

Starting at the very beginning is usually a very good place to start. China is the birthplace of tea; today, there are literally hundreds of different varieties grown around the country, from jasmine tea to oolong, gunpowder tea to kombucha (a cool, fermented tea). Tea ceremonies originated in China’s Buddhist monasteries, gradually spreading to all levels of society, who now enjoy brews with their meals and throughout the day. The Chinese even have a name for the art of making tea (Cha Dao): it’s all about creating balance and harmony. 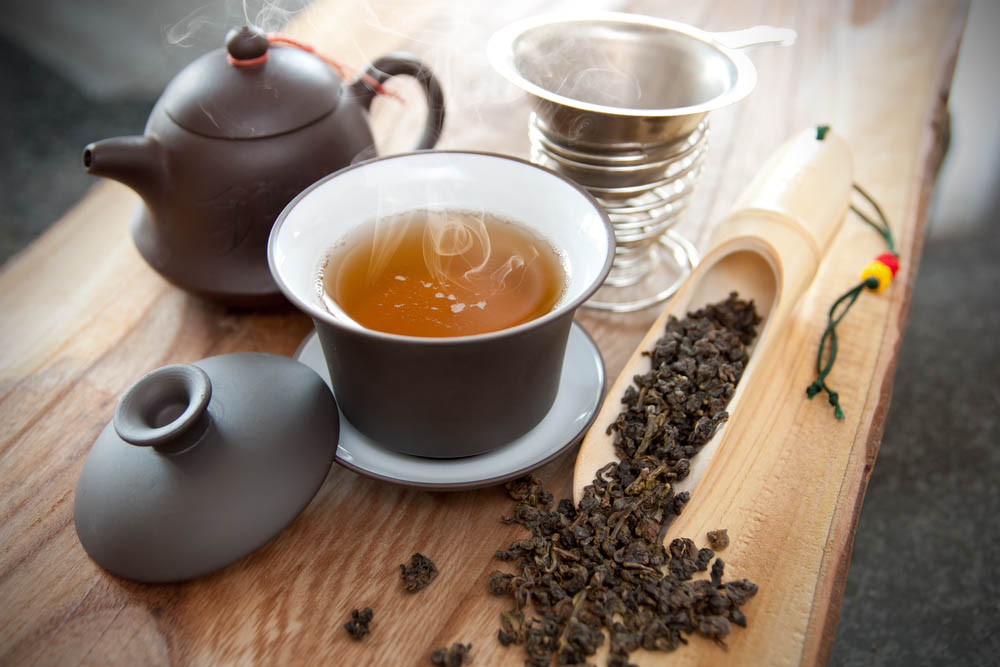 Intimately tied to the idea of hospitality, Morocco – along with several other North African nations – is famed for its mint tea. Served in delicate, small glasses, the sweetened brew is a mixture of green tea and mint leaves. In a country that largely abstains from drinking alcohol, sharing tea is an important social ritual – be sure to treat it (and your host) with the respect this merits. 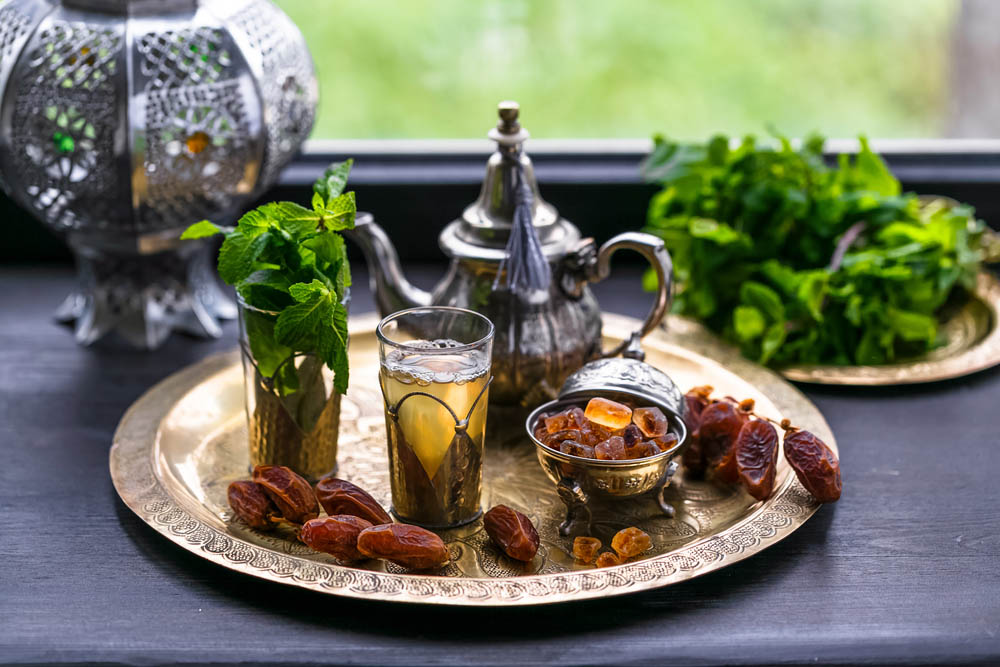 The English apparently have the solution to any problem, big or small: a nice cuppa tea. Though there are many varieties available, the traditional “Builder’s” is served strong, with milk and – usually – a couple of spoons of sugar (hey, it helps the medicine go down). You’ll find refined afternoon teas – served with a selection of posh sandwiches and cakes – offered by hotels and restaurants the length and breadth of the country.

Indian “chai” – which is actually just the Hindi word for “tea” – is infused with an array of spices (think: cardamom, ginger, cinnamon, cloves and fennel). Served sweetened with lashings of sugar, India’s national drink isn’t reserved for fancy afternoon teas or for welcoming guests – chai wallahs flog the stuff everywhere, from street corners to backalleys and train cars. And as anyone who’s ridden India’s railways knows, the sight of a chai wallah walking through your carriage after a bumpy night’s sleep is a godsend. 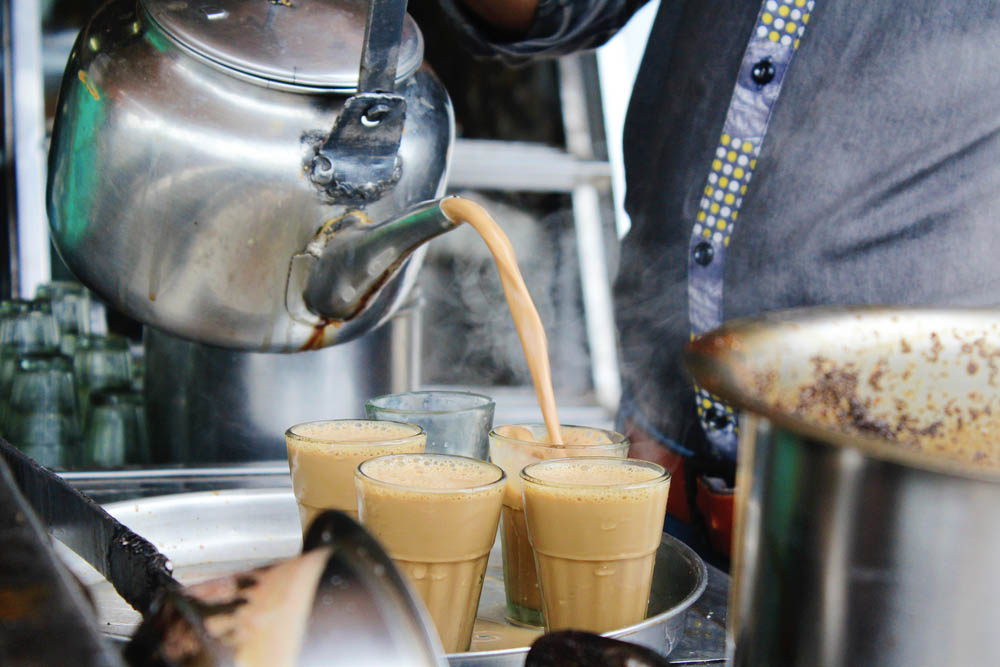 Pouring a cup of Indian chai on the street. Photo: Avinash patel/Shutterstock

The thought of adding butter to a brew is enough to send shivers down the spine of many a tea drinker. But deep in the Himalayas of Tibet, Po cha is indeed the drink of choice – high in fats and nutrients, and with energy-giving properties, this butter tea is well suited for the challenges of mountain life. You’ll also find it drunk in Nepal, Bhutan, Indian and western China. 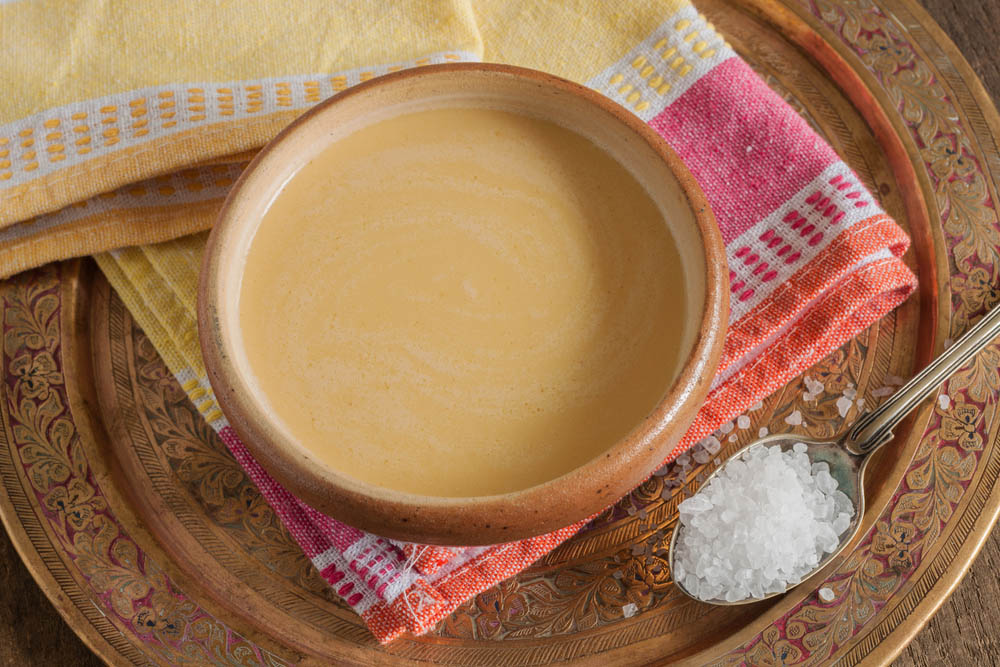 Bubble tea has become a phenomenon not only in Taiwan, where it originates, but also in countries across Europe and the Americas, where the sight of teenagers queuing down the street for the stuff is not abnormal. The bubbles are made of small tapioca balls, added to iced tea mixed with sugar syrup and powdered milk. A relatively newcomer to the scene, bubble tea was invented in the 1980s – today you’ll find the brew in a variety of flavours, from matcha to lychee, banoffee pie to yuzu. 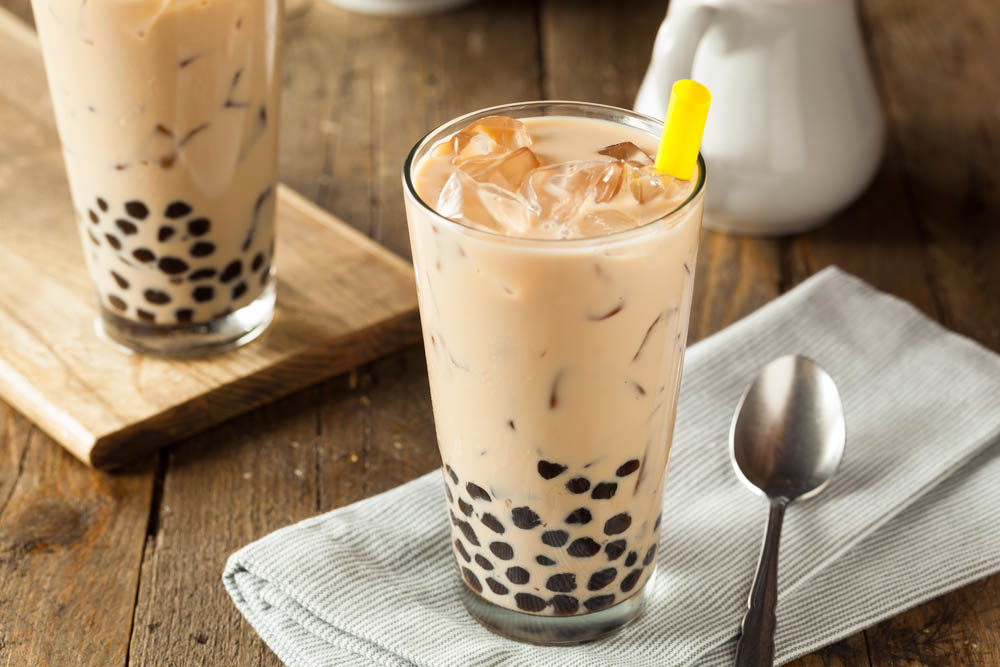 Turkey usually goes under the radar when it comes to tea, but it’s actually one of the biggest producers in the world. Perhaps that’s because most of the tea grown in Turkey stays at home, consumed by the country’s many tea drinkers. As in Morocco, tea is an important part of daily life and is served in delicate tulip-shaped glasses, which you hold at the top. Making traditional Turkish tea requires two kettles, which are stacked on top of one another. 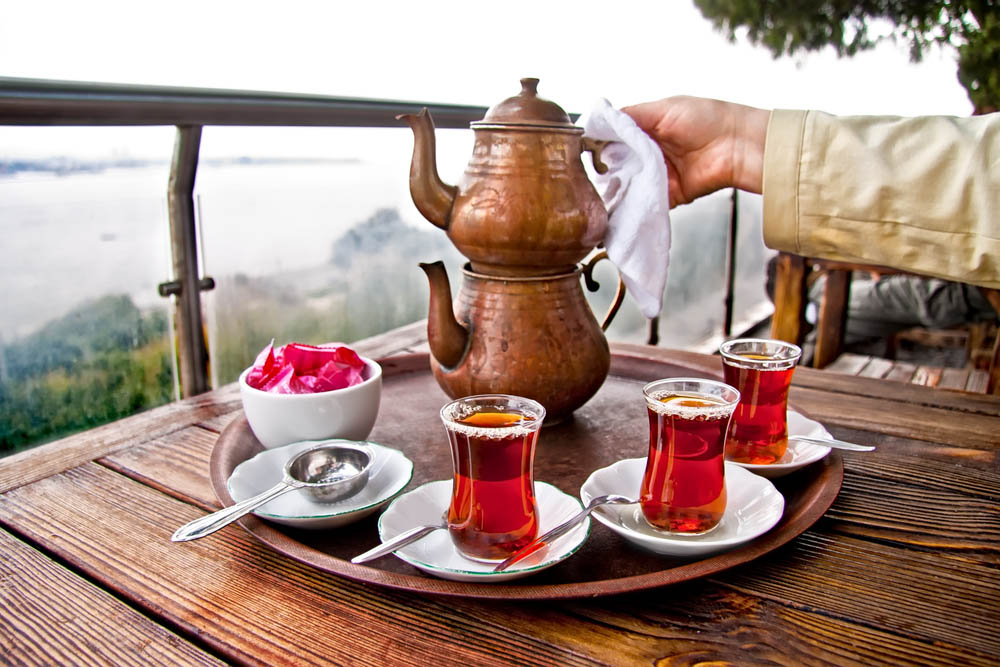 Yerba mate might not officially be a tea, but there’s nothing more Argentinian than this caffeinated drink (expect for maybe the tango). Made from dried leaves of the eponymous plant, it’s drunk through a metal straw called a bombilla. It’s full of vitamins, minerals and antioxidants, and is known for its energy-boosting and stimulating properties. Initially drunk by indigenous populations for its medicinal traits, herbalists still prescribe the brew to treat a range of ailments. 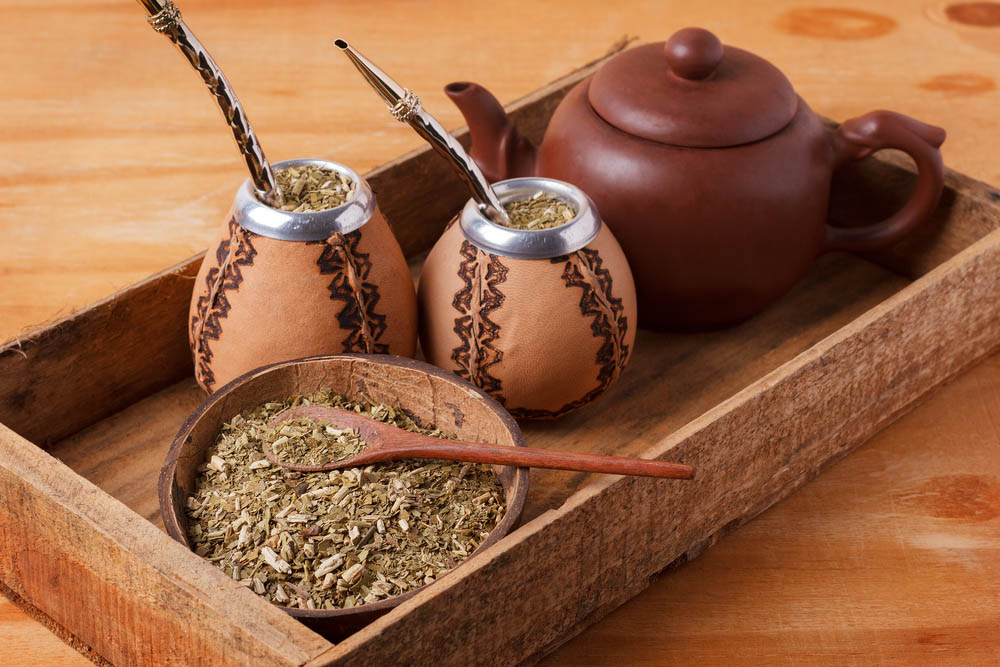