Under the Caribbean Sea 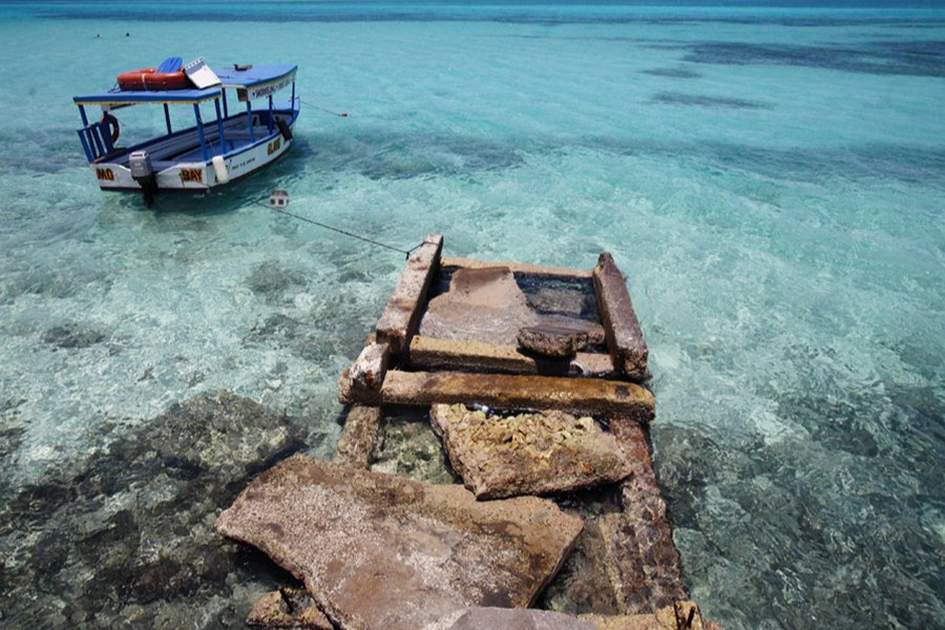 Splendors of the Deep

The dramatic seascape of the Caribbean is still a largely unexplored realm of beauty, even though generations of settlers have changed the landscape. Tourism has set off the spirits of invention: more and more tiny submarines seating about 20 or so passengers are being launched throughout the region to give the ordinary visitor a chance of sharing the kind of underwater experience previously only available to the rapidly growing crowd of scuba divers.

The pool is open

With its warm and shallow waters, 75°F (24°C) being the average temperature, the Caribbean Sea is an ideal spot to learn to scuba dive. Hundreds of dive shops certify beginners after four or five days of theory and practice in shallow waters  (PADI, NAUI courses). More advanced divers and budding marine biologists will also meet instructors to help them find the best sites and produce exquisite underwater photography.

Some of the most beautiful dive sites are located in protected marine areas. The boom in tourism – more fish to be caught, more sewage water to be disposed of, more beach pollution and reef damage from ships’ anchors – has severely endangered the fragile and highly complex reef ecosystem. The tiny island of Bonaire was the first to protect the coastal waters around the island as a marine park; others such as Saba and the British Virgin Islands followed suit. Jacques Yves Cousteau initiated a marine park on the western shore of Guadeloupe; St Eustatius protects its historic treasures below the water line, and most islands now have protected marine areas.

Recaptured by the Sea

Off the western shores of Aruba, around 33ft (10 meters) below land, are the remnants of a tanker, the Pedernales, torpedoed during World War II. It is only one of a growing number of wrecks attracting divers close to the island. Aruba is the westernmost island of the Netherlands Antilles, offering an assortment of underwater wrecks, including planes. At 460ft (140 meters) long the Antilla, off the coast of Aruba, is the biggest wreck in the Caribbean and living proof of nature’s rapid move to integrate: corals, sponges, anemones, and other invertebrates have attached themselves to the huge hull and transformed it into a multicolored patchwork, where Spotlight parrotfish and Queen angelfish enhance the dazzling scene. Its storage room in the bow is as big as a church. There are plenty of books on each island documenting their shipwrecks and other man-made sites. Old anchors can be found around St Eustatius, and you can explore the shipwreck Proselyte in Great Bay (St Maarten) or the RMS Rhone in the Rhone Marine Park, off Tortola, or investigate a load of old cars, which tumbled from a barge off Vaersenbaai, Curaçao.

The Caribbean islands have established a number of marine parks, from the Cayman Islands to Bonaire, all swarming with rainbow shoals of wrasse, grouper, snapper, angelfish and barracuda. Sea turtles, sting-rays, mantas, reef sharks and even whale sharks also lurk in these waters. Most cruise lines organize marine-life excursions, from snorkeling or scuba trips and submarine voyages to big-game fishing and whale and dolphin safaris.

Excursions involving frolics with dolphins are a feature of the Mexican and Costa Maya itineraries, as well as off the coasts of St Lucia and Dominica. Bottle-nosed dolphins surf the seas in search of food, leaping out of the waves like faulty torpedoes. Six dorsal fins may swim into view before the dolphins arch out of the water, dancing backwards on their tails, spinning into the distance. These boisterous, inquisitive creatures love games and attention, so greet every new cruise-load of passengers with unabated affection.

From scuba dives to submersibles

If serious diving appeals, then the Cayman Islands, Grenada, Tobago and Bonaire represent some of the best sites in the Caribbean. Exhilarating dives visit historic shipwrecks or dramatic drop-offs encrusted with colourful corals or sponges. The 1977 film The Deep was shot around the wreck of the Rhone off the British Virgin Islands. Today, the wreck, which sank in 1867, is part of a marine park, home to a kaleidoscope of tropical fish, as well as pods of humpback whales, who calf here between January and March. Several islands offer submarine (or semi-submersible) trips to explore marine life: Aruba, Curaçao, Barbados and Grand Cayman are popular destinations. St Thomas provides a memorable marine experience: Delicate corals and rainbow-coloured fish are visible from a submarine and an underwater observatory.

As for sharks, they received unequivocal support from Jean-Michel Cousteau, son of the late Jacques Cousteau, during a visit to the British Virgin Islands. In his capacity as trustee of the marine park, Cousteau defended the killers: “Sharks have been around for 360 million years and humans for 3 million. The sharks’ job is to clean up the seas of sick and wounded marine life”, and should not be blamed for “mistakenly identifying a flapping white human for food”. So there: Simply accept your place in the great food chain of life.

When Jacques-Yves Cousteau (1910–97) was filming his award-winning film Le Monde du Silence (1955) at Ilets de Pigeon, he discovered what he considered to be one of the best dive sites in the world. As a result of the enthusiasm of this French underwater explorer and cameraman extraordinaire, the Réserve Cousteau, a large 2,471-acre (1,000-hectare) submarine park was set up around the tiny islands off Malendure on the western coast of Basse-Terre. The reason this site is so much more beautiful than most others is because the hot volcanic springs around the islands have created a wonderful warm environment for a much wider variety of sea life than other Caribbean coasts. Forests of hard and soft corals and large communities of magnificent tube and barrel sea sponges in violets, yellows, flaming red, and greens give shelter to a universe of fish in all shapes, sizes, and color schemes. Gorgonias gently sway in the silvery gentle sea in temperatures of around 82°F (28°C), and the visibility is still perfect at depths of 65–130ft (20–40 meters).