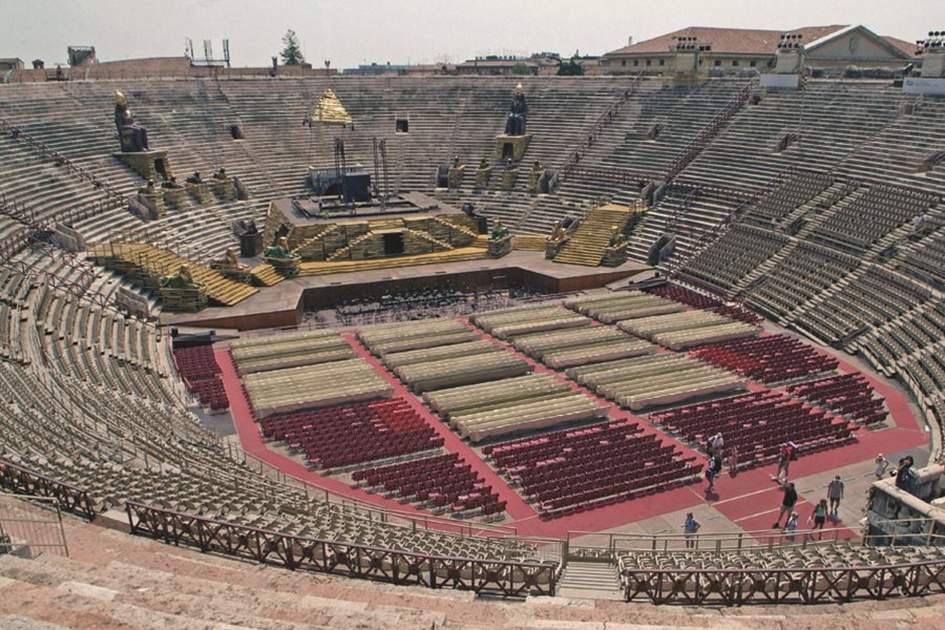 Today is the first day of the Festival del Centenario at the spellbinding Arena di Verona. The festival runs until the 8th September 2013 and marks 100 years since Aida was performed at the venue in 1913 - an event that made the Arena di Verona the first open-air opera house in Italy and the largest in the world, a record that still stands today. The arena has hosted an opera festival annually since 1913 but this year the festival will welcome many international guests from the world of opera to the city of Verona for 58 special performances of 6 seminal operas, including Aida.

Find out more about the festival and buy tickets here. 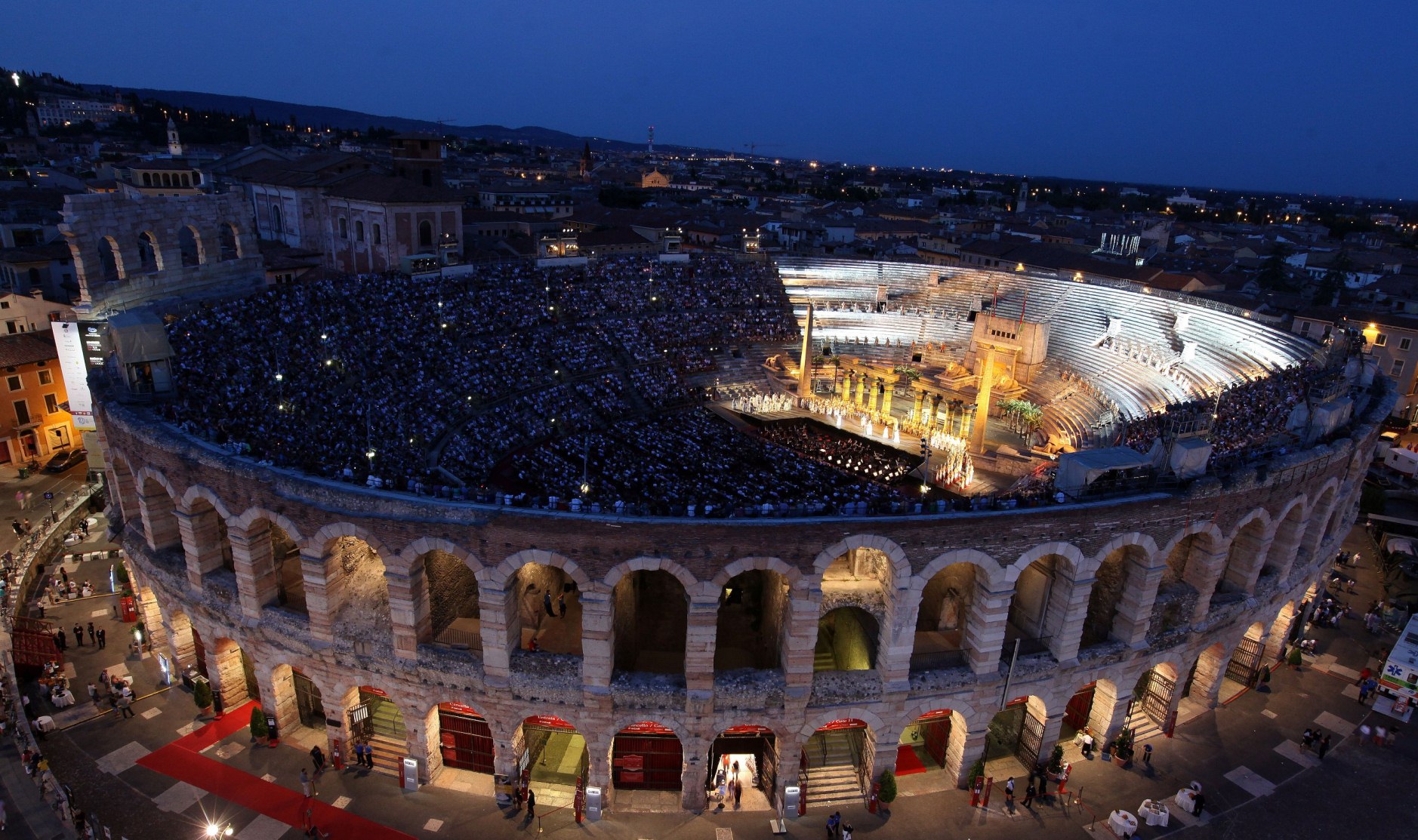 Built in the early 1st century AD, this amphitheatre was designed to seat 22,000 – the city’s whole population at the time. It is the third-largest in Italy (after the Colosseum and Capua), an ellipse measuring 152 metres (500ft) by 123 metres (400ft), and one of the best-preserved in the world, with two of its three rings of arches intact. Only the topmost tiers of seats have vanished into history, destroyed by a series of earthquakes in the 12th century, leaving the 31 metres (100ft) high “Ala” (wing), a series of four arches to show how it would have looked.

Unlike many, this amphitheatre has been used as a place of entertainment throughout its life, but the type of entertainment has been extremely varied, from gladiatorial combat in ancient Rome to trial by ordeal and public executions during the early Middle Ages – nearly 200 heretic Paterines were burned at the stake here in 1278. In 1276, an act was passed making it the city brothel for nearly 250 years, but by 1580 it was being used for tournaments. The last of these was held in 1716, and after that there was a parade of circus and comedy, theatre and dance, horse racing and gymnastics, and even hot-air balloon flights and Buffalo Bill’s Wild West Show. 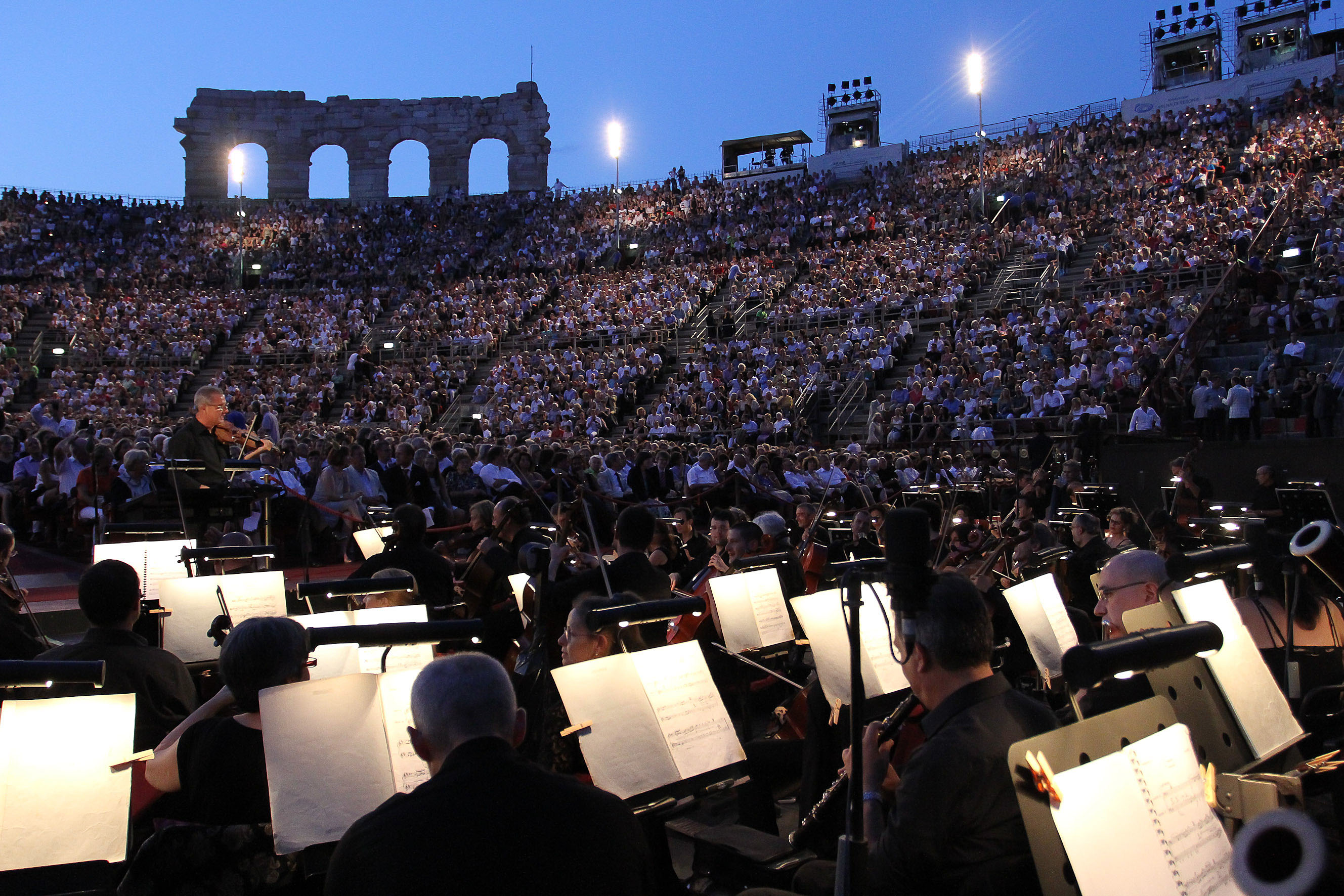 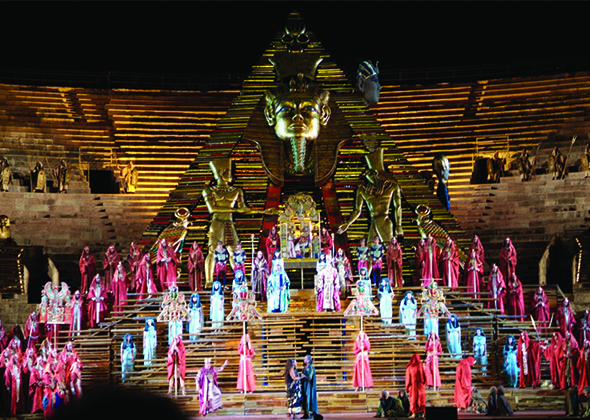 WHAT TO SEE IN VERONA

From its grand Roman amphitheatre to its elegant medieval and Renaissance palaces, Verona is an enticing city, with some of the finest piazzas and monuments in Italy, and great dining and nightlife. Here is our selection of some of the best things to see and do.

Read tips for what else to do in Verona this summer from our Italy writer, Lisa Gerard-Sharp or explore northeast Italy with our guide to the region.

Get romantic in the home of the star-crossed lovers

As the setting for Shakespeare’s Romeo and Juliet, Verona continues to attract lovers, unconcerned about the level of fiction in the story. There were no Montagues and Capulets, but there were Montecchi and Capuleti. Some say that the Montecchi supported the Guelphs (Pope) and the Capuleti the Ghibellines (Holy Roman Emperor) in the violent civil war during the 14th century; others say that they all got on perfectly well. Whatever the case, they are as close as anyone can come to a real-life prototype for Romeo and Juliet. In 1935, Antonio Avena, then director of the city’s museums, realised that the city could be on to a good thing, following the success of the new Hollywood blockbuster version of the story, and doctored up the Capuleti House as the Casa di Giulietta, furnishing the house, adding a fake balcony (actually an old sarcophagus) and a bronze statue of Juliet by Nereo Costantini. It is eccentric to say the least – for some reason, it has become customary to rub Juliet’s right breast if you are wishing for a new lover – and she is very shiny! The walls are covered in graffiti declarations of love and the courtyard is heaving with people.

You can also visit Juliet's tomb, set in the 13th-century convent of San Francesco al Corso. It is here, according to legend, that the lovers were secretly married by Friar Lawrence. Today, romantics come to lay flowers, throw coins into the empty fountain, flowers into an empty grave, and sometimes to get married. 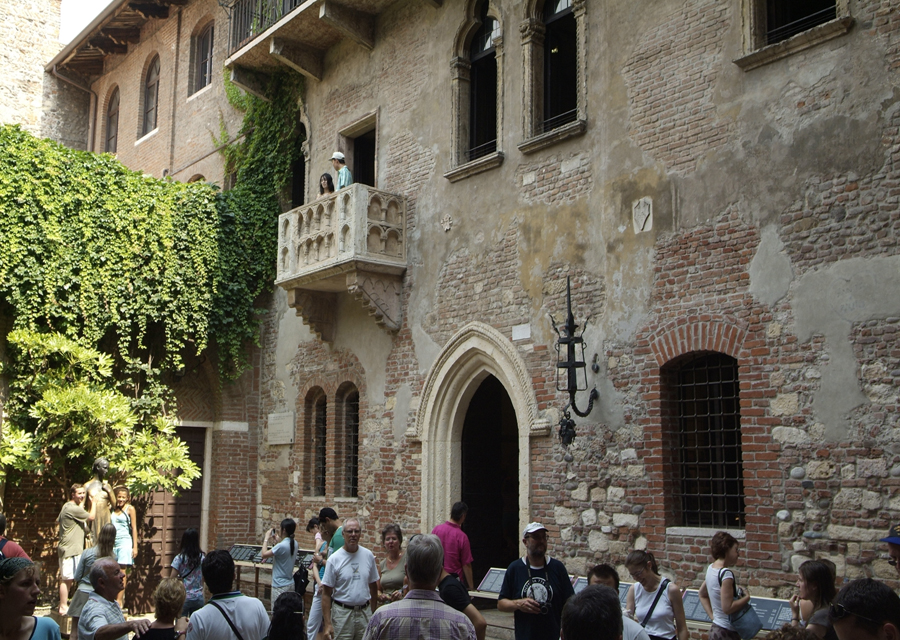 See stunning views at the top of Torre del Lamberti

First built in 1172, the brick-and-tufa Torre dei Lamberti was struck by lightning in 1403 and restored between 1448 and 1464. Two bells were later added – one as a fire alarm, the other for calling meetings of the city council. The clock was added in 1779. You can climb up the stairs (the tower is 84 metres/276ft tall) or do it the easy way and take the lift, only walking the last couple of floors past the bell chamber. The views from the top are magnificent.

Marvel at the artistic wonders at Basilica di Santa Anastasia

Started in 1290 and completed in 1481, this is the largest church in Verona. Its bare facade was never completed, belying the glory of the art inside – each of its 16 chapels are lavishly adorned with fine altarpieces and frescoes, culminating in Pisanello’s fragile fresco of St George Saving the Princess from the Dragon. Look out for the two holy-water stoups just inside the entrance: known as ‘gobbi’ (hunchbacks).

See a concert at the Roman Theatre

The Teatro Romano e Museo Archeologico occupies a pleasing position on the hill. While the Arena was used for games and spectaculars, every Roman city would also have a theatre for plays and other cultural performances. Typically semicircular, they were often built into the hillside to save on the digging, and this one, constructed overlooking the river in the late 1st century BC, is no exception. It was lost under the city for years until a local archaeologist, Andrea Monga, purchased the site in 1830, demolished the houses on it and began the painstaking task of uncovering the Roman splendours beneath. It has now been heavily restored and is back in use, staging concerts and performances during the summer.

Stroll around the beautiful Renaissance gardens

The Giardino Giusti is generally regarded as one of the finest surviving Renaissance gardens in Italy, designed by Agostino Giusti in the late 16th century. Lawns surround the villa, while behind it a great avenue of cypress trees lead up the hill. To one side are wildly romantic woodlands leading to a cliff with mossy caves; on the other the formal bed and fountain pools of the Italian garden, with its panoramic views across the city and plethora of statuary between the flowers.

Inspired to take a trip? Buy one of our travel guides to Verona and the Italian Lakes.