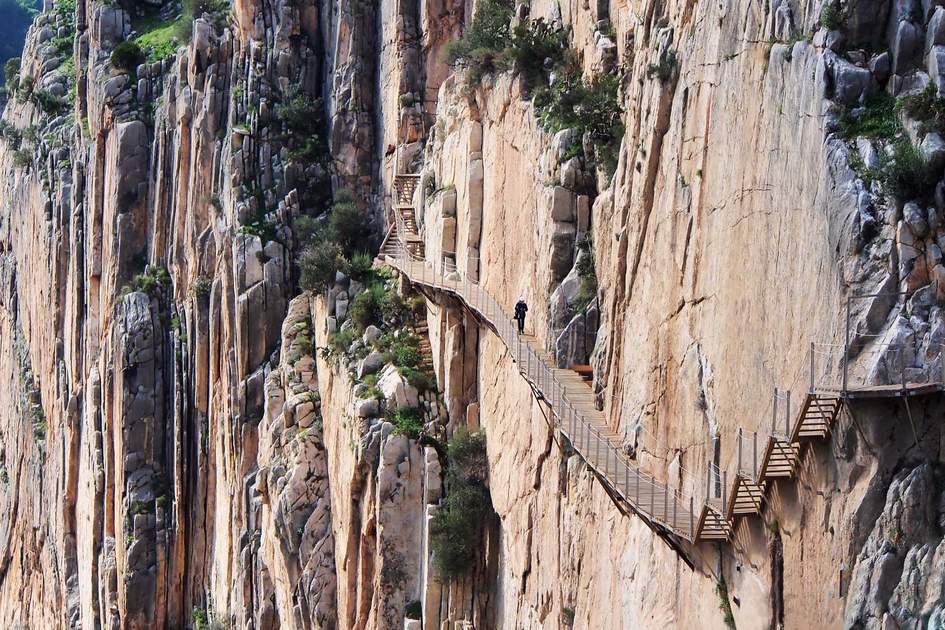 Walking along the El Caminito del Rey in Málaga, Spain, is a spine-tingling experience. Raised 101-metres above ground level, the trail is pinned to the sheer rock face of the narrow El Chorro gorge. The rocks dominate one side of the path with the drop to the river that runs below dominating the other.

Completed in 1905, the path runs 2.9-kilometres between Chorro Falls and Gaitanejo Falls, where hydroelectric plants were being built at the time. El Caminito del Rey was built to facilitate access and movement of materials from one plant to the other. For the inauguration of the dam, King Alfonso XIII crossed the path giving it the name El Caminito del Rey, which translates to the King’s Pathway.

The path fell into disrepair, resulting in many visitors plunging to their death. Two deaths in short succession between 1999 and 2000 lead to its closure. The local and regional government combined resources, having the path repaired and reopened it in 2015.

Scale over the river with views of El Chorro gorge by adding a stop to Insight Guides' Andalucia Explored trip.