The National Ballet of China, performing in Chengdu, China 25 Oct 2016

Posted on 25 Oct 2016
The National Ballet of China, performing 'The Red Detachment of Women' in Chengdu, China 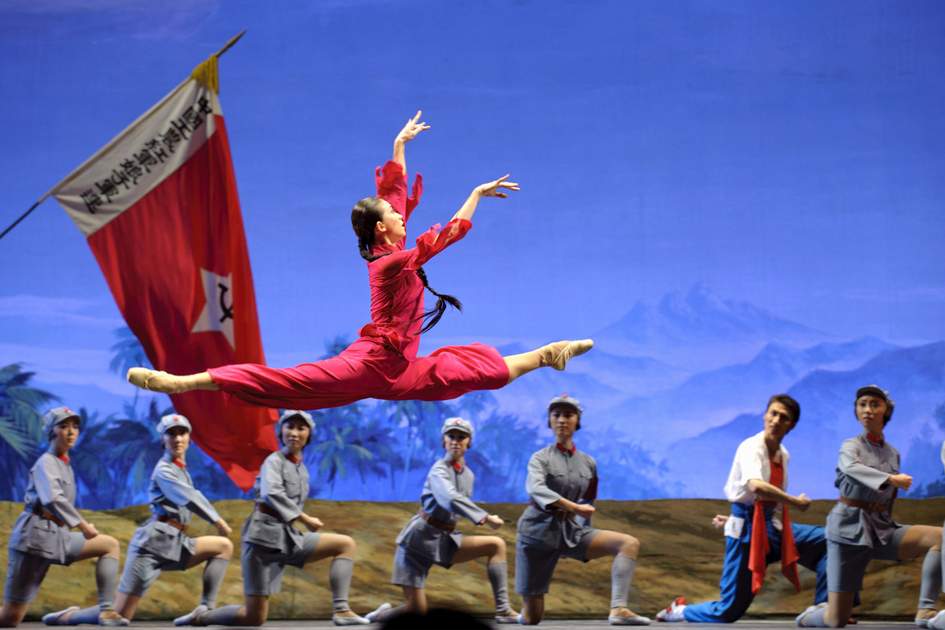 The National Ballet of China, performing 'The Red Detachment of Women' in Chengdu, China

'The Red Detachment of Women' is a Chinese ballet show that is perhaps best-known for being shown to then US President Richard Nixon on a state visit to the country in 1972. The show was adapted from a film that was released in 1961, that was originally adapted from a novel, written in the 1930s.

When it was released, the ballet version was named as one of the 'Eight Model Operas' made during the Cultural Revolution. All three versions tell the story of a peasant girl who escapes Nationalist oppression on Hainan Island and rises through the ranks of the Chinese Communist Party and meets Mao Zedong.

Experience a Chinese Ballet performance for yourself on one of Insight Guides' holidays to China. Simply request our local experts add a show to your itinerary.