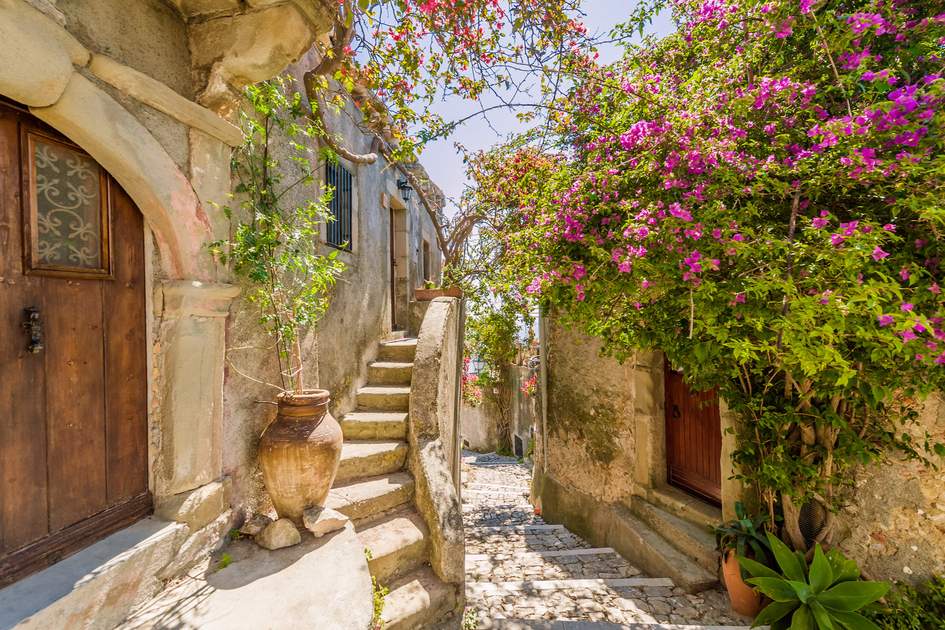 Lipari, in Sicily, is the largest and liveliest island in the Aeolian chain and is the gateway to the archipelago. You can get there by hydrofoil from Milazzo. It is also the most interesting island in terms of history and culture. Part of the appeal of Lipari is also its blinding brightness, contrasting white pumice, black obsidian and the glittering sea, with the seabed scoured white by pumice.

At the 'toe' of Italy's 'boot,' is Sicily, an absolutely divine Mediterranean gem. The island's scenery is all at once dramatic and sometimes even harsh, but that's all part of the charm. Sicily serves as a throwback to ancient Rome, boasting vineyards and citrus groves; soaring mountains and volcanic hills. Its wild beauty is a force all its own.

Mount Etna, nestled in between Messina and Catania, hovers majestically above citrus farms and ski slopes. As Europe's highest volcano, Etna kisses the sky at 10,902 feet (3,323m) above sea level. It's considered an extremely volatile natural wonder, but hikes are permitted if conditions are agreeable.

Then there's Taormina, a taste of sophistication and grace that offers up splendid views of Etna herself. The Greek Theatre serves as the perfect setting for summer festivals and outdoor fun, while a cable car connects the town to gorgeous Mazzaro beach. Romantic and commanding, Taormina is a sight indeed.

Taormina may have exquisite nightlife and hotels, but Cefalu (to the west) is a family-oriented alternative that attracts visitors with its peaceful vibe. It's also known the world over for its medieval charms and jaw-dropping Arab-Norman cathedral.

In the buzzing capital of Palermo, Norman palaces and Spanish Baroque facades mesh with the otherwise modern port city. Today it remains a spectacular mix of styles and periods, resulting in what can only be described as beautiful chaos.

As pictured above, the Aeolian Islands are downright lovely. They also offer visitors a spot of adventure. In Milazzo, you'll find volcanic craters and sulphurous baths. Meanwhile, the tiny and exclusive island of Panarea serves as a private getaway of sorts for well-off travelers and luxury yachts. The surrounding waters also make for a diver's paradise, offering up incredible access to exotic marine life.

Wherever you are in Sicily, the cuisine surely won't disappoint. (The desserts are especially mouthwatering; think cannoli, gelato, cassata cakes and fresh fruit delights.)

Overall, Sicily is a traveler's paradise, especially for folks who desire some Mediterranean magic. Top-notch food, unspoilt beaches, charming fishing villages, and unmatched architectural and natural wonders are all on offer. Where will you go first.

Fancy a trip to Europe? Book a French getaway: Customize your own trip to France