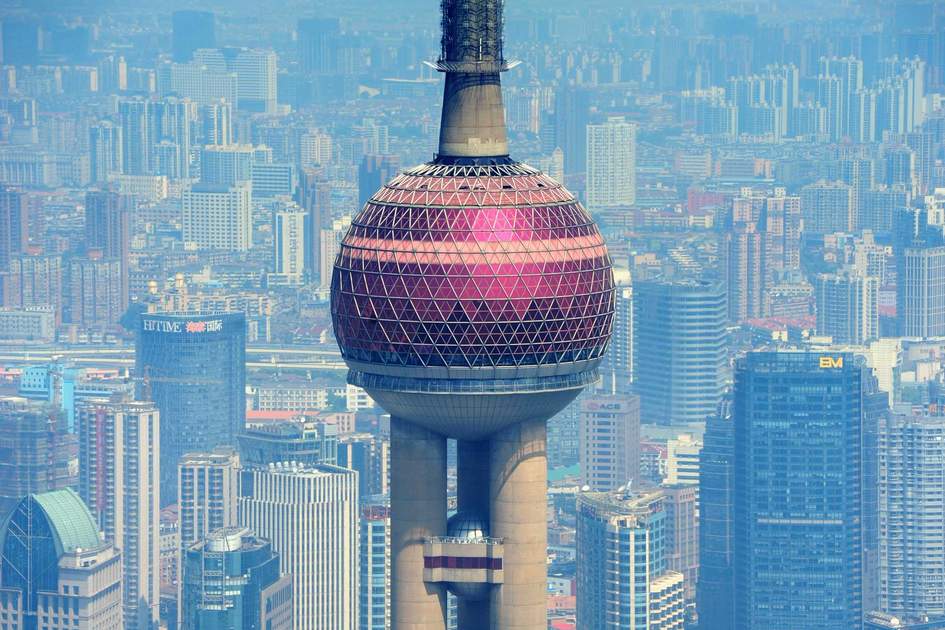 One of three giant steel spheres forming part of the Oriental Pearl Tower, Shanghai. The sphere houses three levels, one with a revolving restaurant and the other two are sightseeing decks, complete with glass floors. Other spheres contain the Municipal History Museum, the Space Module, shops, restaurants and more observation decks.

Five smaller spheres run through three nine-metre wide columns, with a further three small spheres creating the base, entwined in three slanted seven-metre wide columns. Ancient culture runs through the modern architecture of the tower; it is meant to resemble pearls shining on a jade plate (the grass base). This distinct landmark is 468-metres tall, including the antenna spire, which projects nine TV channels and more than 10 radio stations. Light sequences illuminate the tower after dark, drawing attention to the second tallest tower in China, after the Shanghai World Financial centre.

Be dazzled by the city lights in Shanghai on Insight Guides' The Best of China trip.