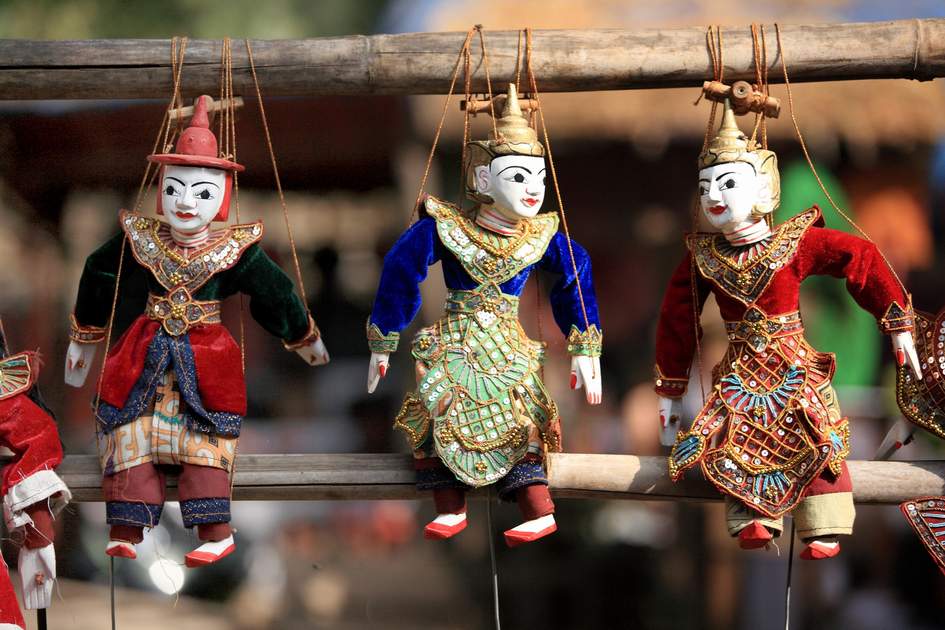 Colourful string puppets are the basis of the Burmese traditional art of puppetry. The art dates back to 1780 in Myanmar when it was introduced as a form of Royal entertainment. It was slowly adapted for the mass market, soon becoming a form of entertainment for the general public. Shows were used to convey political messages and propaganda; the puppets would take on characters of individuals the king chose to reprimand or preserve.

Each puppet has 18 or 19 wires; all are controlled by one person who puts on the voice and character too. Shows were often accompanied by an orchestra. Puppetry saw a decline when the British colonised the country and the performers lost the support they required to run shows. Since the early 1990's puppetry has seen a revival, becoming a major tourist attraction. Experience the unusual shows on any of Insight Guides' trips to Myanmar.

This article was originally published on 13 October, 2015