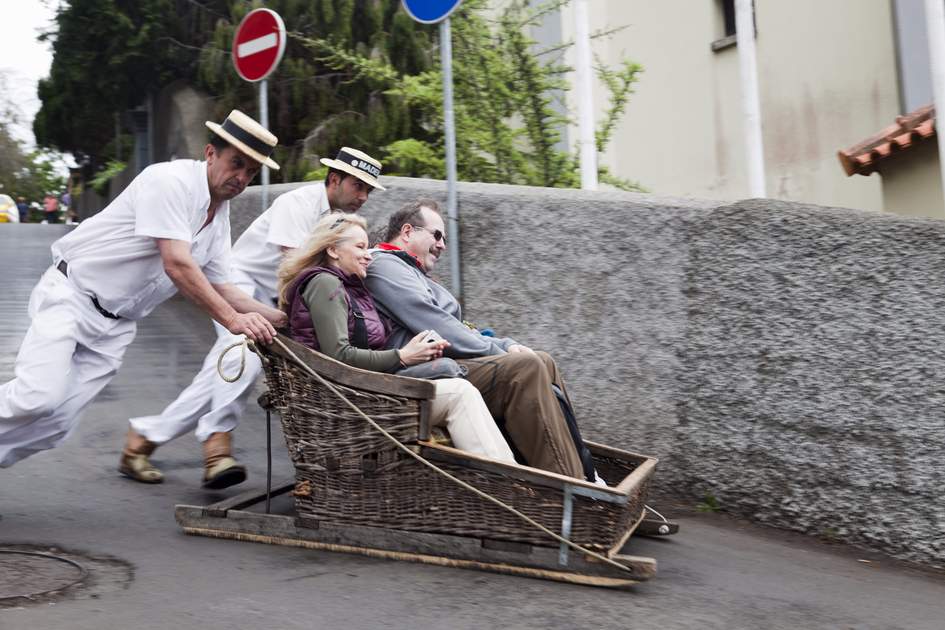 Funchal, the capital city of Madeira, is a major harbour and the only city of any note on the island. It merely hints at Madeira’s riches. The capital’s white houses with tile roofs are clustered on picturesque hills sloping down to a steep bay, which makes for a pretty picture indeed. Meanwhile, its central landmark is a statue of Gonçalves Zarco, the famed Portuguese explorer.

The city can be found at the centre of a wide bay on the island's sunny south side. With wild fennel (also known as funcho) growing on the surrounding plain, the original explorers were inspired to go with the name Funchal.

Just beyond the plain, visitors will be drawn to the gorgeous mountains and cascading hills that protect the island from the ongoing northeasterly wind. They also happen to serve as a breathtaking backdrop to marvel at.

Perhaps the best way to tour Madeira is with a traditional Monte toboggan ride. This begins in Monte, which you can get to by either driving or taking a cable car. Once there, you'll be greeted by the Monte Palace Tropical Gardens. Then it's time to make your descent into the capital city on a carro de cesto, which can only be described as a wicker sofa of sorts that's attached to wooden runners. Two drivers dressed in white flannels and boaters guide the contraption down the steep paths. Bizarre as it may sound, it's a time-honoured tradition in these parts.

Of course there's more to the area than just Funchal and its quirky traditions. Of the islands of the Madeiran archipelago, which lies roughly 378 miles (608km) to the west of Morocco, only two are actually inhabited; one is Madeira, the other is Porto Santo. The rather refined holiday destination of Madeira is often described as tranquil. (With nicknames like 'God's Botanical Gardens' and 'The Floating Flowerpot,' it's little wonder why.)

And then there is the wine. Long ago, during the 18th century, people came to realize that the long voyages at sea actually set up the perfect conditions for the drink to mature. The long, hot journey seemed to improve its overall quality, almost serving as a lengthy maturation process. To recreate the process today, young wine is taken to what's called hothouses for months at a time.

Map it: Bring an Insight Guide Flexi Map with you - the perfect way to map your route around the island.