10 weird New Year's Eve traditions from around the world 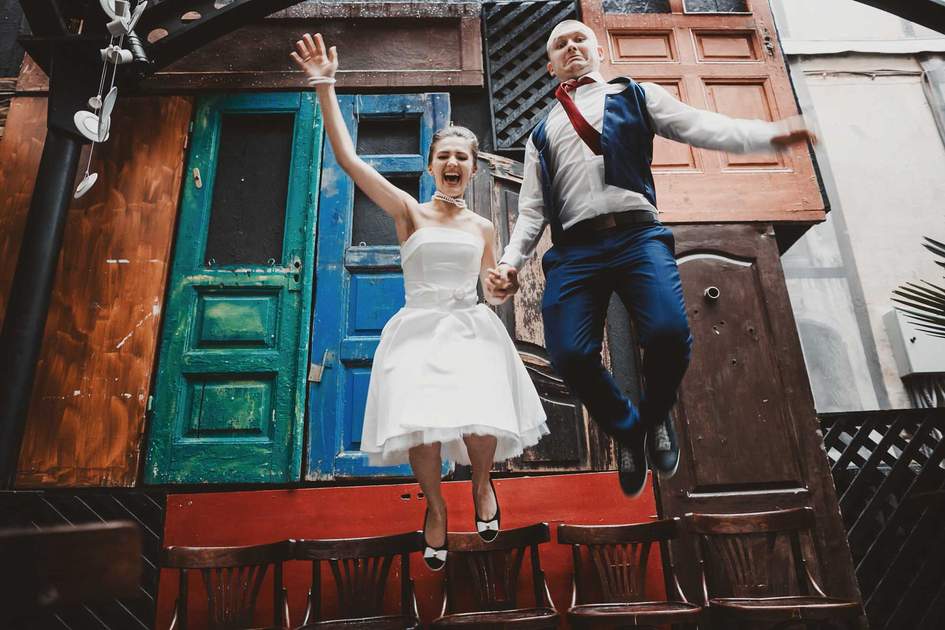 Jumping off the chairs...(illustration) Photo: Shutterstock

Hot on the heels of Christmas, New Year's Eve is just around the corner. And if you fancy bringing in the new year differently, why not take inspiration from these weird and wonderful New Year's traditions from around the world? Disclaimer: Prosperity and/or romance not guaranteed

1. Stuff your face with grapes in Spain

Forget mindless eating – there's nothing absent-minded about this tradition! In Spain, it is customary to try to eat 12 grapes, in time with the tolling of the bell (one for each ring) as the first minute of the new year is counted down. It's surprisingly harder than it sounds! But it's worth it, as the prize for success is good luck for the year ahead. Join in with the challenge on a New Year's trip to the Spanish capital – our Made for Madrid trip is just the ticket.

2. Create a winter wonderland with shredded paper in Argentina

Based in the southern hemisphere and therefore the summer over New Year's, people in Argentina get a little more imaginative in creating a snowy scene. It is traditional to shred papers and documents on December 31st to symbolise leaving the old year behind – and then to throw the resulting confetti from their windows, creating an unconventional winter wonderland.

The Christmas-New Year period is the high season and a great time to visit Argentina. Why not continue the festivities by sampling the incredible wine routes in our Argentina and Chile – Wine Country Explored trip – a perfect blend of culture and wine tasting.

3. Pick some red underwear in Italy

Hoping to attract good luck in the coming year? Then choose red pants in Italy – red is the colour of good fortune. After Christmas, the shops are full of red underwear and the wearing of it is said to bring luck in life and in love. Be sure to pack your coloured underwear on our Florence – A Trip Back in Time city break – a perfect winter adventure, when the crowds are thinner but the city is as beautiful as ever.

4. Listen to the bells toll in Japan

In Buddhism, there are considered to be 108 worldly desires that we are tempted by on earth. Therefore, to bring in the new year in a purified manner, Japanese Buddhist temples ring their bells 107 times before midnight and then once after. It is also thought to be good luck to enter the new year smiling – hopefully not a hard one, unless listening to the bells has given you a headache. 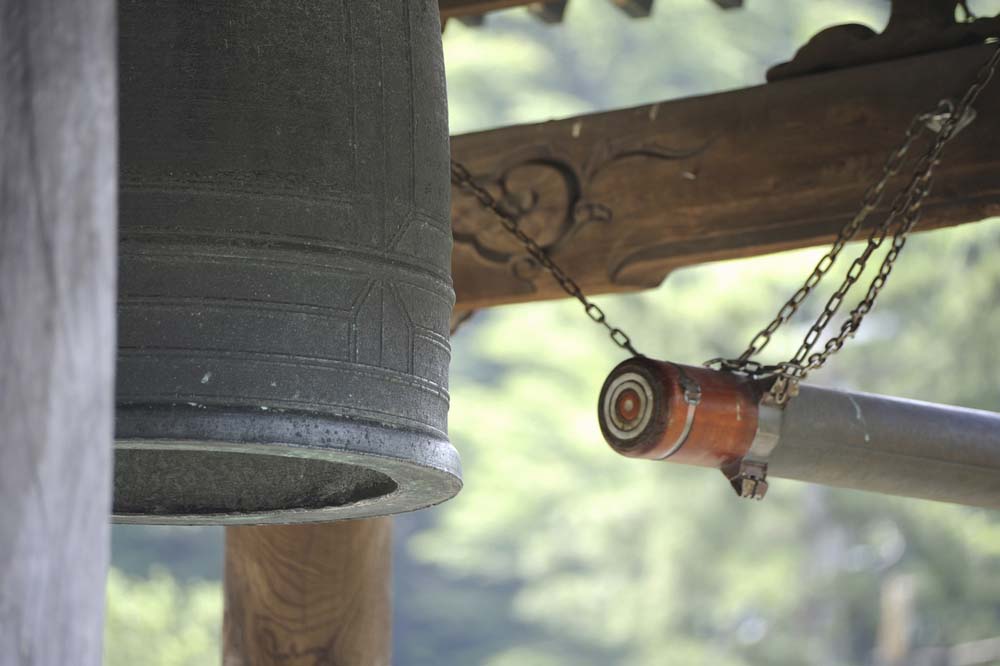 Ecuadorians like to burn effigies of famous politicians, celebrities and other people associated with the previous 12 months (can be disliked people or just well-known ones) at midnight, as they believe this will bring good luck for the next year and forget the bad of the past year. This purification ritual is known as los años viejos (the old years) and a cause for celebration – while elsewhere on the streets, women, or men dressed as women (the "widows" of the effigies burned), ask passing traffic for money. It's light-hearted, but still best to carry change.

For a change of pace after all those festivities, why not book yourself onto our Cruising the Galapagos trip and see the islands' staggering wildlife.

6. Have a party with the deceased in Chile

Unlike many New Year's traditions, this one isn't focused on encouraging luck for the new year, but rather reuniting with the spirits of those who are gone. Families decamp to the graveyard where loved ones are buried to light candles and listen to classical music, with the aim of feeling connected to their deceased relatives and including them in their celebrations.

If graveside partying isn't your thing, the belt-busting traditions of Estonia might be! It was once believed that if a man ate seven full meals on New Year's Day, he could guarantee he would have enough to eat for the rest of the year. So if you are fortunate enough to spend the celebration with an Estonian family, it might be best to wear something stretchy.

8. Throw your furniture out of the window in South Africa

It's probably best to keep away from residential buildings as the clock strikes 12 on New Year's Eve, as one much-loved but somewhat hazardous South African tradition is to throw old items, including appliances and furniture, out of the window to the street below. It is particularly associated with a suburb of Johannesburg and the police are continually trying to crack down on it. But the idea is to rid yourself of unwanted baggage for the start of the new year. Flying microwaves aside, South Africa is a fabulous place to see in the new year, with summer weather and many exuberant events on, due to the tradition of a day of festivities. Join in on our South Africa: Cape Peninsula to Victoria Falls trip, the perfect introduction to this stunning country. 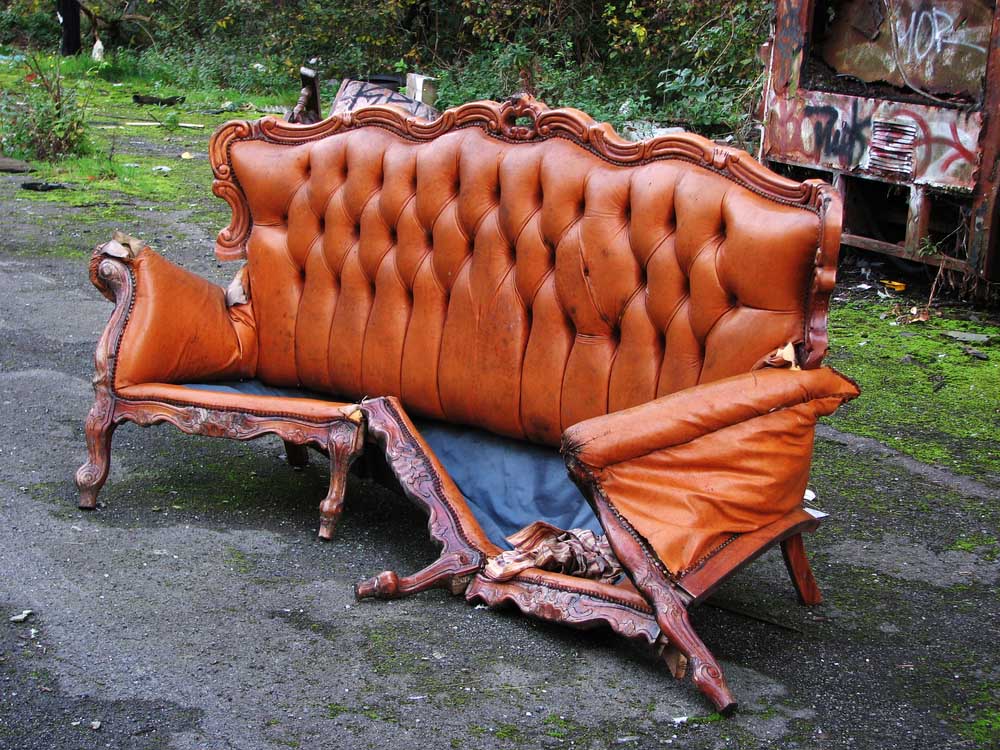 9. Break some plates in Denmark

Many traditions in Europe cross borders, but this one seems to be uniquely Danish. It is traditional to smash crockery against friends' doors as a sign of everlasting friendship. Danes keep their unwanted and chipped crockery through the year just for this purpose – and a large pile of smashed plates by your front door is a symbol of your popularity. Also, Danes like to "jump into the new year" quite literally – by jumping off chairs at midnight.

Colombia is a major up-and-coming destination – and one of our big recommendations for an adventurous holiday for 2018 – see our Discover Colombia trip, which explores the country's highlights. Fittingly, Colombians also have the best unusual New Year's Eve tradition. They believe that if you want to travel in the upcoming year, you should run around your house or street with an empty suitcase just after the clock strikes midnight. This is thought to ensure your future adventures – or you could just submit a trip request today and let our local experts do all the work!

This article was originally published on 27th December, 2016

Happy New Year and all the best for 2018 from all of us at Insight Guides! Here's to a year of happy holidays and worldwide adventures.