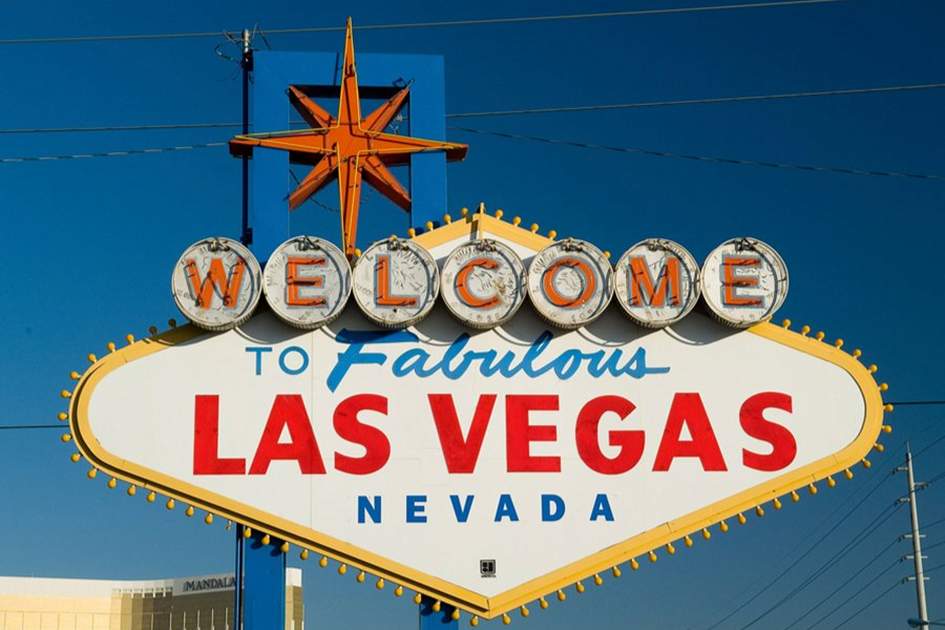 The 8 metre tall Welcome to Fabulous Las Vegas sign was put in place at the southern entrance to the city by the Western Neon company toward the very end of 1959, becoming the icon of the city. This was helped in part by the designer's refusal to copyright the design which has resulted in its use on tourist souvenirs and advertising ever since. The glowing, friendly sign stands happy in the centre of Las Vegas Boulevard, adjacent to the city's main airport, drawing hundreds of people a day for the Las Vegas picture opportunity. There is a problem though, especially for pedestrians - access. There is a small car park in the central reservation that allows drivers heading south to pull in and grab their picture, but until now there has been no safe pedestrian way of getting to the sign, at least until now.

Costs meant that the original plan for a footbridge were scrapped in favour of a crosswalk allowing safe access for pedestrians, several of whom are injured each year dodging traffic on a main road to get up close. Complaints that the disruption to traffic would be too great to allow the project to continue were overturned and works begin soon. The crossing will eventually become a welcome addition for visitors to the 'Welcome to Las Vegas' sign.

A few other famous street crossings

Along with commuters being pushed into over-crowded subway cars, the other great image of 'overcrowded' Tokyo is this diagonal road crossing. The huge numbers of pedestrians appearing to rush toward a collation in the centre of the road are supplied by Shibuya station (the fourth busiest in Japan). The waiting pedestrians are now a captive audience to huge advertising billboards which have sprung up to give the area a frantic, dazzling atmosphere, especially at night. 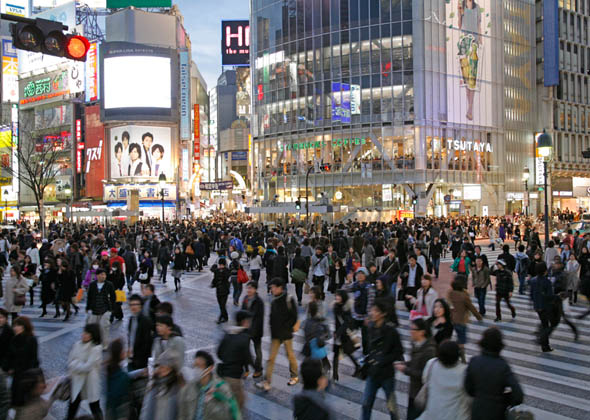 8th August 1969. The date that Iain Macmillan took what would become one of the most famous pictures of a street in history (helped by the inclusion of 4 lads from Liverpool of course). The crossing outside Abbey Road Recording Studios in North London attracts thousands of tourists each year all wanting to recreate the photo, much to the frustration of passing traffic. The opening of a DLR metro station with the same name some 12 km to the east has seen confused Beatles fans emerging to a somewhat quiet industrial and residential area with no Fab Four connection. Signs in the station point the quickest way to the real location (near St Johns Wood). 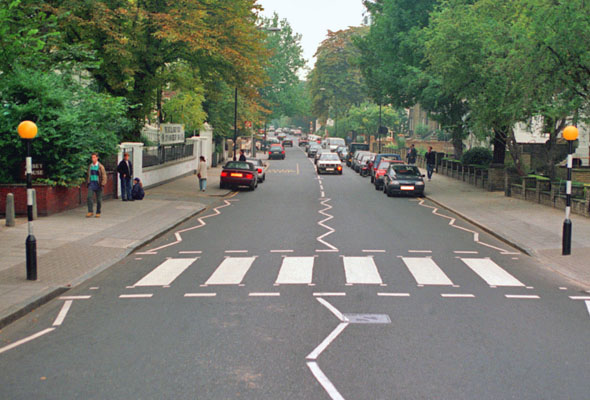 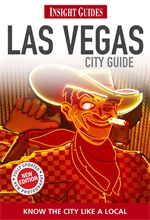