Welcoming the royal baby – 5 places to appreciate the British monarchy 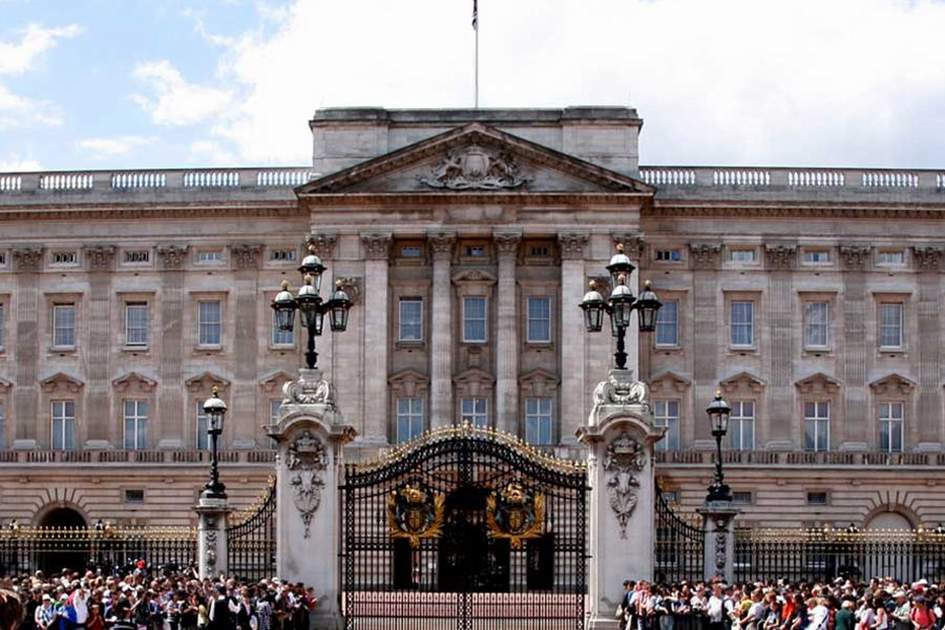 Later this week, or possibly next, a baby will be born who will one day be king or queen of the United Kingdom, carrying on a lineage and tradition that has survived centuries and immense change all around it. Here, we look at the best places to visit in Britain to get a sense of this weight of history.

On 13 July 2013, the Duchess of Cambridge, née Kate Middleton, is due to give birth to her first child with Prince William. Thanks to some timely new equality legislation, their first-born will one day be monarch, regardless of its gender. With interest in the Royal Family at intense levels these days, thanks to Queen Elizabeth II’s Diamond Jubilee last year, the emergence of the younger members as popular personalities and the glamour provided by the Duchess herself, the celebrations surrounding the birth of a new heir will no doubt be immense. Recent opinion polls suggest that the vast majority of Britons do still support the idea of the monarchy – despite the fact that it’s not always easy to square it with the idea of democracy.

But, of course, the Royal Family form an important ingredient in Britain’s self-identity, and in the image of Britain overseas. Nowhere else is there a monarchy as grand, with such a long and colourful history, and that is so conspicuous in the life of the country. Whole eras seem to be defined by the characters of various monarchs, from the swashbuckling “golden age” of Elizabeth I to the wild licentiousness following the restoration of Charles II, or the ascent of middle-class values and industry under Victoria. Today’s royals take a more ambassadorial or patronage-based role than perhaps their predecessors did, reflecting our society back to us rather than setting the tone. Yet history continues to be made, with the new baby just the start of a new act.

To really get a sense of the British monarchy’s status and power through the years, pay a visit to these grand landmarks and institutions, or any of the great palaces and castles around the nation:

Of the Queen’s residences, Buckingham Palace (www.royalcollection.org.uk) in London's St James's area is the most famous. The palace was purchased in 1762 by George III, while his son, George IV, found it less than grand enough and commissioned his favourite architect, John Nash, to rebuild it on a more magnificent scale. It wasn’t occupied as a main residence, however, until Queen Victoria took possession of it in 1837; she complained that it had too few bedrooms, and had another wing built. Visitors today can see the State Rooms in August and September, while the Changing the Guard ceremony takes place outside on alternate days.

Read more about the nation's landmarks in London's St James's...

Located just upriver from London, this magnificent Tudor palace (www.hrp.org.uk/HamptonCourtPalace) was originally built for Cardinal Wolsey, Henry VIII’s chief advisor in the early part of his reign. Aside from its beauty and grandeur, the significance of Hampton Court Palace lies in the symbolism of its history; Henry VIII seized the palace for his own use when Wolsey fell from his favour for failing to secure the divorce the king sought from Katharine of Aragon, which eventually led to the country’s break from Rome and the establishment of the Church of England. As part of this process, Henry VIII dissolved the country’s monasteries and claimed many more places and possessions as his own. Don’t miss the famous maze in the grounds, which was created in the 1690s for William III.

The Royal Botanic Gardens at Kew and royal Richmond Park are other highlights of west London...

There have been 83 royal yachts since the restoration of King Charles II in 1660, and this was the very last. The present Queen launched Britannia in 1953, and witnessed her decommissioning in 1997. She has not been replaced owing to budgetary constraints. During her working life as the royal yacht, Britannia undertook almost 700 official foreign visits, hosted several US presidents, and took Prince Charles and Princess Diana on their honeymoon. Her last foreign trip was to Hong Kong, to convey the colony’s last governor and Prince Charles away after handover to China on 1 July 1997. Today, Britannia is moored at Ocean Terminal in Leith, near Edinburgh, and is open to the public daily (www.royalyachtbritannia.co.uk). Highlights include the State Dining Room and an old Rolls Royce in its own on-board garage. Visitors can now also enjoy refreshments in the recently opened Royal Deck.

Perhaps the most famous of royal treasures are the Crown Jewels. These are guarded by the famous "Beefeaters" at the Tower of London (www.hrp.org.uk/toweroflondon). Among the priceless objects are the coronation regalia – sceptres, orbs, rings, swords, spurs, bracelets and robes which date back centuries. The Imperial State Crown is particularly impressive – encrusted with over 3,000 diamonds, rubies, sapphires and pearls. The First Star of Africa, mounted on top of the Sovereign’s Sceptre, is the largest flawless cut diamond in the world, while the legendary Koh-i-Nur diamond, presented to Queen Victoria in 1850, is now set in the platinum crown made for the late Queen Mother for the 1937 coronation. This diamond, which originally belonged to the early Mughal emperors, is only worn by a queen or queen consort, since it brings bad luck to any man who wears it.

Don't miss St Paul's and the Museum of London if you're visiting the City of London...

For a quick journey through the British Monarchy’s history, there is no better snapshot than the collection of portraiture at the National Portrait Gallery in central London (www.npg.org.uk). Paintings of every king or queen since Henry VII are displayed chronologically, alongside other key figures in the life of the country, such as consorts, advisors and much more. You can even buy chocolates in the gift shop wrapped with images of the portraits of Henry VIII and his six wives! The opinion-dividing portrait of the young royal who fascinates the most, the Duchess of Cambridge, is also on display here.