Whale-Watching in Puerto Rico and the Dominican Republic 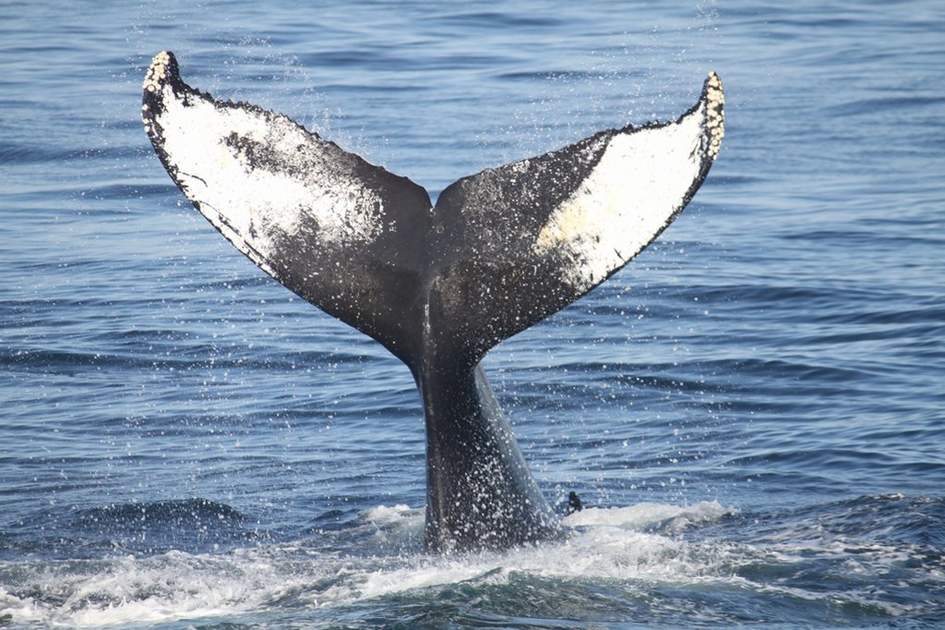 In winter weather, the northwestern coast of Puerto Rico becomes heaven on earth for the Hang Ten set and whale-watchers. The cold fronts blowing southeast from Canada may drop unwelcome snow and ice on New England, but those same weather systems push wind toward the Caribbean. That wind ruffles the Atlantic into waves – big waves – that hit the northwest corner of Puerto Rico and produce the Caribbean’s best surf.

The first place on the island to become a surf mecca was the town of Rincón, a pointy peninsula at the western tip of the island which held its first World Amateur Surfing Competition in 1968. This tropical corner was rapidly colonized by serious surfers, who began opening campsites and bunk-bed accommodations especially for fellow big-wave seekers.

Rincón has continued evolving into a guesthouse and resort town where surfers are still the main – but not the only – avid repeat guests. Several high-end resorts, including the Horned Dorset Primavera, Puerto Rico’s only Relais & Châteaux property, pamper the wealthy, while beach bungalows cater to the bargain hunters among us.

Tourists from the north are not the only ones escaping winter in Rincón. Humpback whales (ballenas corcovadas) are regular visitors from January through March, calving and frolicking in the warm waters. While there is at least one tour operator taking whale-watchers out on boats to get close to the magnificent mammals, most locals prefer not to disturb the animals; they limit themselves to lookout towers along Route 115, to afternoon observations with binoculars at the Punta Higüero lighthouse or hope for random sightings along Sandy Beach.

Around the first half of November each year, thousands of humpback whales make their way from the North Pole to Atlantic waters north of the Dominican Republic to practice their mating rituals. At times they also cross into the Caribbean Sea through Canal de la Mona (La Mona Channel), the deep trench that separates the Dominican Republic from Puerto Rico.

North of Rincón, the towns of Aguadilla and Isabela are following the surf town’s lead. They also have superior surf locations and now more enterprising surfers and hoteliers are opening up businesses to service the growing interest in water sports.

Among the best northwestern surf spots are Tres Palmas (the heaviest spot in the Caribbean), Domes (next to a closed nuclear facility and the lighthouse), and Sandy Beach (beginners) in Rincón; Hawaiian-style Table Rock in Aguada; Gas Chambers, Wilderness, and Pressure Point in Aguadilla; and world-famous Jobos (heavily territorial), left-breaking Golondrines and Salsipuedes (which means “get out if you can”) and not-so-Secret Spot in Isabela. Lock your car and leave nothing attractive inside; these are often isolated places and break-ins do happen.

And all of the towns are playing up their year-round aquatic attributes: windsurfing and kiteboarding are world-class and attract adventurous Europeans who do not mind simple amenities. Reefs just offshore create tranquil pools for swimming, snorkeling, and diving, perfect for beginners – manatees are frequently spotted – while the more expert divers can scuba in the underwater karst caves.

Although there are ever more upscale hotels and restaurants popping up, Puerto Rico’s northwest remains a more rugged destination, with rough winding roads and deserted beaches with few, if any, amenities.

One of the features of Dominica’s underwater landscape is the steep drop-off very close to the shore, which provides deep water and feeding grounds for whales. Dominica is the ideal place to spot pilot whales, pygmy whales, melon-headed whales, false-killer whales, mixed pods of sperm whales and spotted whales, as well as Atlantic spinner, spotted, Rissoís, Fraser, and bottle-nosed dolphins.

Between November and March, a classic whale and dolphin safari offers a 90 percent success rate in spotting whales and dolphins, and the island has become known as the whale watching capital of the Caribbean. While six species are seen on a regular basis, 22 of the 33 species known to frequent Caribbean waters have been spotted off Dominica. Sperm whales are resident in Dominican waters and can be seen at any time of year, although November to March is best, when there are more adult males present. Scotts Head, at the southern tip of the island, is a good place to spot them from land. A bull sperm whale can grow to 67ft (20 meters); it is the largest toothed animal in the world and has the largest brain of any animal. Researchers have monitored the females and young males and have built up a picture of their family life and social interaction. They can recognize individual family members and know how they relate to each other.

The skippers have boats equipped with sonar, backed up by a lookout scanning the surface for telltale signs, including the distinctive musky, oily scent of a sperm whale. The boats head along the west coast, stopping regularly to take soundings and listen for each creature’s signature tune, from the singing of humpbacks and the clicking of sperm whales to the pinging of pilot whales and the whistling of dolphins. The humpback whale is more often heard than seen, but the flipping of any great black fin tail creates a frisson of excitement, particularly as a whale can dive as deep as 6,000ft (2,000 meters). The pilot whale prefers to travel in pods of 60 while the sperm whale might be accompanied by 20ft (6-meter) calves. As for dolphins, acrobatic spotted and spinner dolphins love to surf the wake of the boat and provide ample consolation for any missed whale sightings. You may also see turtles, fish, and lots of seabirds and you get a wonderful view of the rugged beauty of the island, making the boat trip rewarding on many levels.