Where to go in July and August

July and August are choice months for a major getaway. It’s summer sunshine in the northern hemisphere, while destination defines vastly different climates around the planet. Our round-up will help you set your sights on the best places to visit during these months. 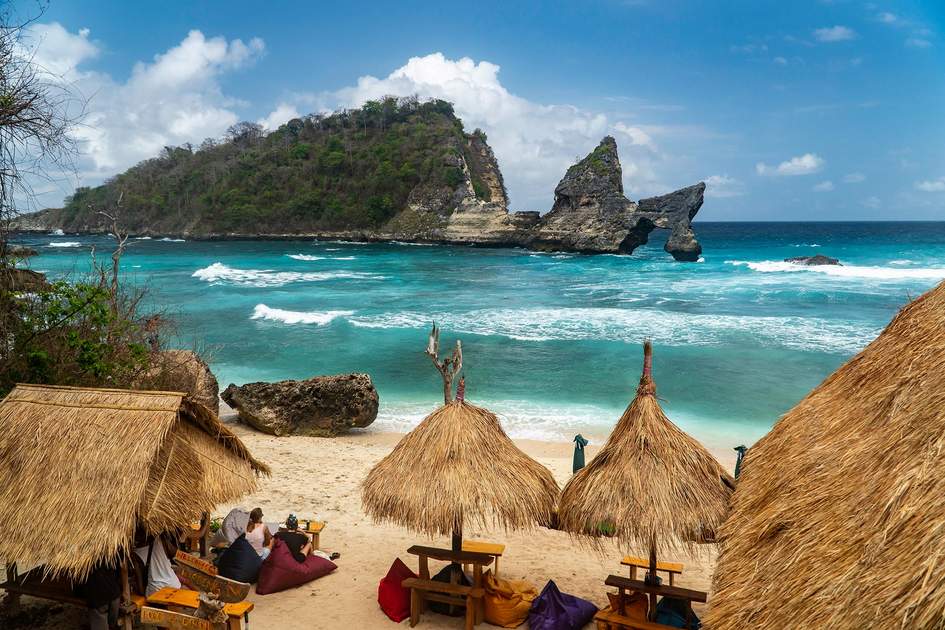 Planning a trip for July or August? From Latin American jungles and African grasslands to Mediterranean coastlines and Asian beaches, we've got you covered with our review of the top destinations to visit.

Where to go in Latin America

August is a wonderful time to visit Medellín, Colombia’s second city, nestled in the rolling green hills of the department of Antioquia. At 1,496 metres (4,900ft), it’s high enough up in the Colombian Andes to enjoy a perpetual spring-like climate with year round temperatures averaging at 22°C. Flowers are always in bloom in the city and the annual Feria de las Flores (Flower Festival) celebrates this during the first two weeks of August (31 July–9 Aug, 2020). Highlights include the Desfile de Silleteros (Flower Parade) when hundreds of harvesters process through the streets carrying extravagant floral displays on their backs, and a classic car parade. Concerts, horse shows and numerous street parties also feature, making this one of the best times of year to experience Medellín’s vibrant culture.

Costa Rica is a spellbinding destination and a natural paradise for travelers. July and August fall in the green (rainy) season, but most mornings are still cloud-free, bright and sunny. There are fewer tourists and you can take advantage of green-season hotel discounts. From palm-fringed beaches to verdant rainforest and steaming volcanoes, there are incredibly varied landscapes in which to experience the country’s biological diversity and abundant wildlife – and many different ways in which to discover them.

Tour the country from the Pacific to the Caribbean, taking in lush jungles, volcanoes and luxurious hot springs on Insight Guides' Costa Rica: Coast to Coast trip. 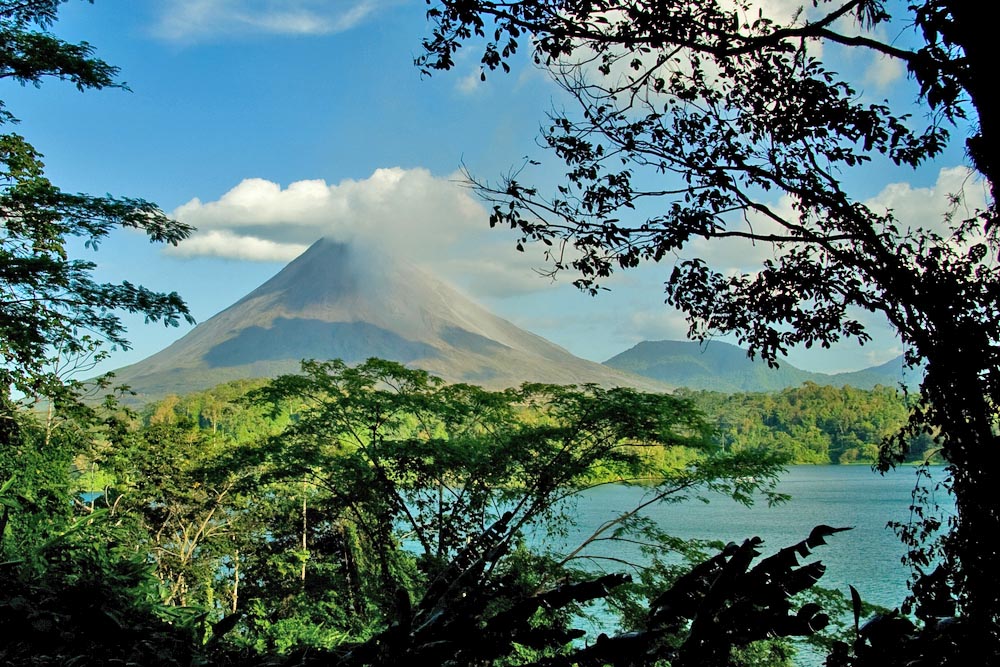 Where to go in Europe

In the UK, summer kicks off with a bang at world-class events and festivals around the nation. Henley Royal Regatta (1–5 July, 2020) attracts an elegant crowd to the banks of the River Thames in Oxfordshire for champagne picnics and to roar on rowing teams, while The Proms (17 July–12 Septw, 2020) hosts the world’s leading orchestras in the plush surroundings of the Royal Albert Hall for very affordable prices. Cambridge Folk Festival (30 July–2 Aug, 2020) offers an eclectic line-up, from world music to American blues, while Notting Hill Carnival (30–31 Aug, 2020) brings spectacular floats, thumping sound systems and a million people to the streets of West London. The capital is also home to the Warner Bros. Studio Tour London, making it the ultimate destination for Harry Potter fans of all ages.

Planning a trip to the UK? Our tailor-made trips service can provide fully personalized itineraries designed especially for you.

Meanwhile, France is an ideal sunny destination for July and August. Expect great weather in general across the country, and fewer crowds if you arrive before the start of the French school holidays in August. In early July, keen cyclists might also be lucky enough to catch the world-renowned Tour de France (27 June–19 July, 2020).

Another must-see event in France is the country’s biggest national holiday – Bastille Day on 14 July. Honoring the 1789 storming of the Bastille prison, which kickstarted the French Revolution, the day features huge celebrations with parades, firework displays and festivities across Paris and the entire country.

Enjoy the best of them while cruising the River Seine as part of Insight Guides' Luxury Paris trip.

In Spain, the summer brings endless sunshine which is best enjoyed near the coast, away from the dry heat of the interior. The southern region of Andalucia offers extraordinarily diverse scenery, as well as art, history and culture in the cities of Granada, Seville and Córdoba, and numerous beaches along sun-drenched stretches of coastline.

July sees the coastal resort town of Benicàssim host the FIB Benicàssim International Festival (16-19 July, 2020) featuring a line-up of top bands and DJs on a shady site moments away from the beach, while the last Wednesday in August (26 Aug, 2020) marks the feisty festival La Tomatina, in the town of Buñol outside nearby Valencia, where revelers pelt each other with truckloads of squishy tomatoes. Just don’t turn up in your best outfit... 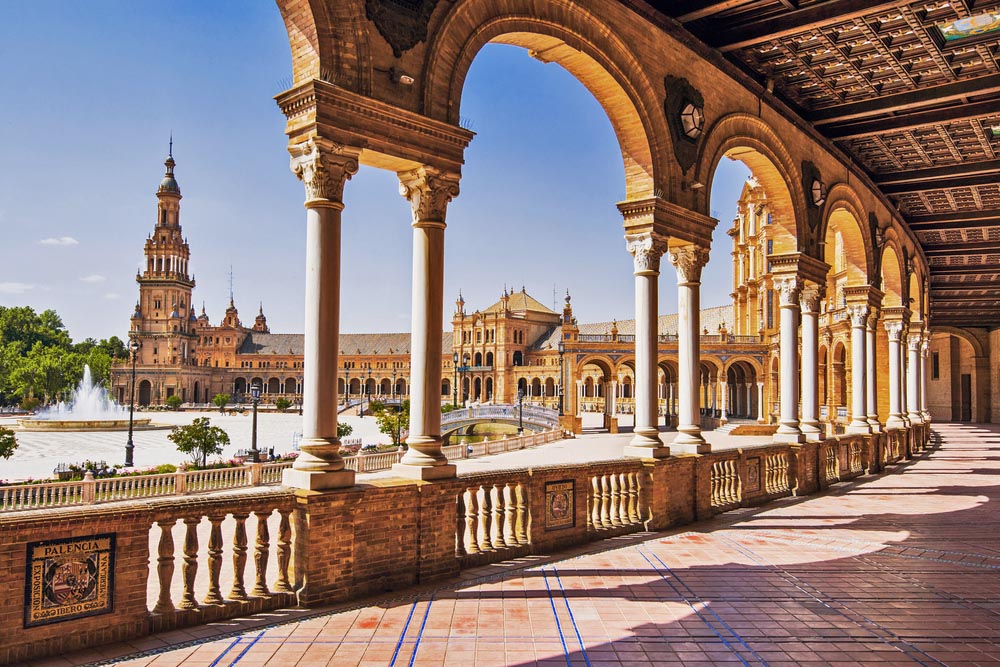 Where to go in North America

1 July marks Canada Day, celebrated nationwide with parades and parties, the largest of which are held in the capital Ottawa. While in the west of the country, July also brings the sound of thundering hooves to Calgary during Canada's most famous annual event, the Calgary Stampede (3–12 July, 2020). Ten days of raucous western showmanship feature major rodeo events and live music. Professional cowboys compete for big prize money in bull-riding, calf roping and steer wrestling contests, while the chuckwagon racing features special wagons pulled by pedigree horses at high speeds.

Where to go in Africa

While other parts of Africa are sweltering, July and August are ideal months to visit Tanzania. The hottest period and rainy season have both passed, and the climate is at its coolest and most pleasant. Serengeti National Park, arguably East Africa’s finest game reserve, is the main setting for the Great Migration, when millions of wildebeest and zebra pound the plains in search of fresh grass, and you are most likely to witness the riveting natural phenomenon of the Mara river crossings from August onwards. July and August are also good months to climb Mount Kilimanjaro, Africa’s tallest peak and one of the highest walkable summits on the planet. However, temperatures can still drop as low as 12°C. 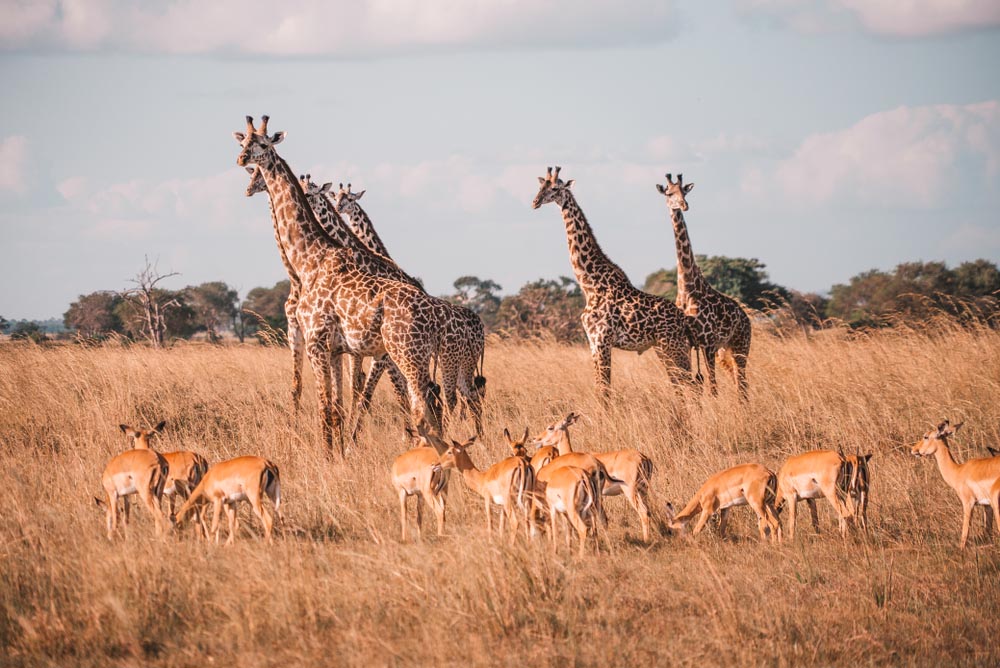 From seeking out the infamous Big Five to sampling the finest wines around the Cape and catching sight of penguins at Boulders Beach, the allure of South Africa is strong – especially for upmarket travel. Plus, with its pleasant subtropical climate and relatively few extremes of hot or cold, South Africa is a fantastic year-round destination. You can explore some of the country's best beaches, spot whales along the Cape Peninsula, discover the breathtaking sights of Cape Town, and snuggle up in a luxury private game reserve at Pilanesberg surrounded by nature's wildest creatures on Insight Guides' Cape Peninsula to Victoria Falls trip, which also includes a visit to the mighty Victoria Falls.

Where to go in Asia

While the majority of the southeast Asian nation of Thailand is swamped by the deluges of the rainy season, the southern Gulf of Thailand coast around Ko Pha Ngan is a little different. The island receives only light, intermittent rain in July and August, meaning you can savor its warm, tropical climate and palm-fringed, soft white sandy beaches with considerably less people than during high season. Apart from when the island’s famous monthly full moon parties take place, that is. These all-night celebrations attract huge crowds of revelers to Haad Rin Beach.

July and August are high season in Bali, when dry air blowing in from Australia’s land mass cools the climate. Head to the relatively undiscovered island of Nusa Penida off Bali’s east coast to savor tropical sun-filled days away from the crowds. Hire scooters to explore its craggy coastline and discover pristine sandy beaches overlooking striking offshore rock formations, secluded picturesque coves, and crystal clear tidal pools that are ideal for snorkeling. 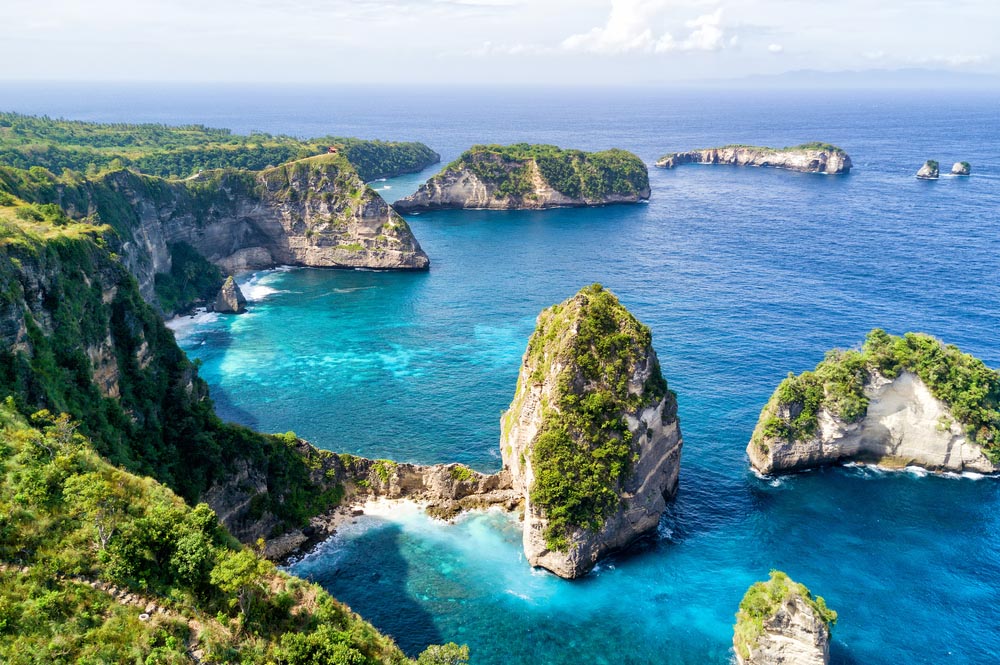 Ready to take a trip in July or August?

Insight Guides can help you organize and book wonderful tailor-made trips to destinations around the world. Simply get in touch to let us know your ideas for the trip and when you would like to travel. We will then prepare a tailor-made itinerary especially, which can be amended until you’re completely happy with every detail before booking.