Where to play golf in Scotland 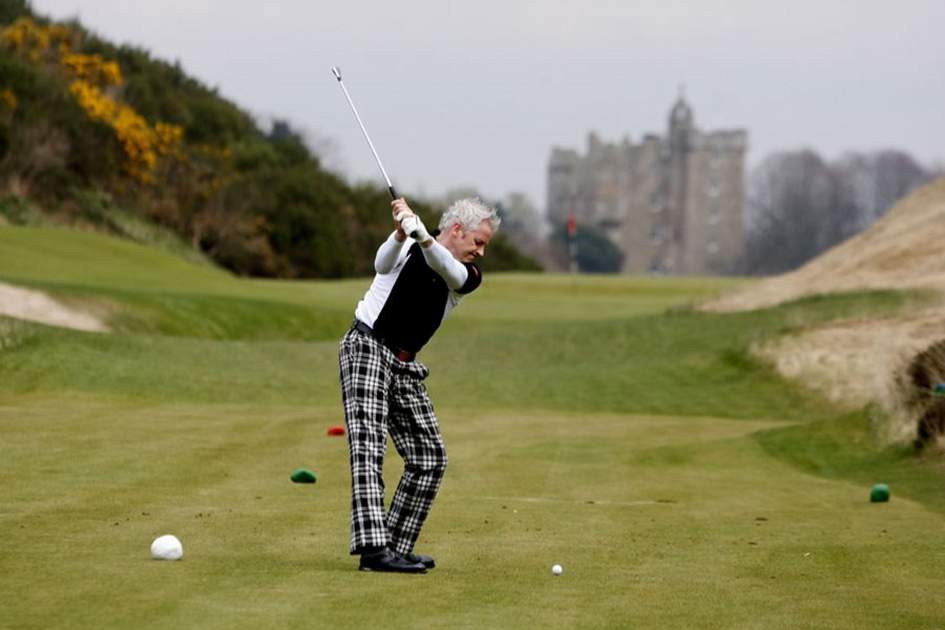 Visit the 19th hole at any of Scotland’s 400 golf courses and you’re almost certain to hear a heated argument as to where the game of golf originated. The discussion doesn’t involve geography but rather topography: the ‘where’ refers to which part of Scotland. All know that, in spite of the Dutch boasting about a few old paintings that depict the game, it began in Scotland centuries ago, when a shepherd swinging with his stick at round stones hit one into a rabbit hole.

This year the Ryder Cup will take place at the Gleneagles Hotel in Perthshire - the first time in over 40 years that the trophy will be contested in Scotland. The tournament runs from 23rd-28th September.

Few courses have the characteristics of the quintessential Scottish course. Such a course, bordering the seashore, is called a links. It is on the links of Muirfield, St Andrews, Troon and Turnberry that the British Open is often played.

The word links refers to that stretch of land that connects the beach with more stable inshore land, and a links course is a sandy, undulating terrain along the shore. One feature of such a course is its ridges and furrows, which result in the ball nestling in an infinite variety of lies. Another feature is the wind, which blows off the sea and which can suddenly whip up with enormous ferocity. A hole which, in the morning, was played with a driver and a nine-iron can, after lunch, demand a driver, a long three-wood and a six-iron. 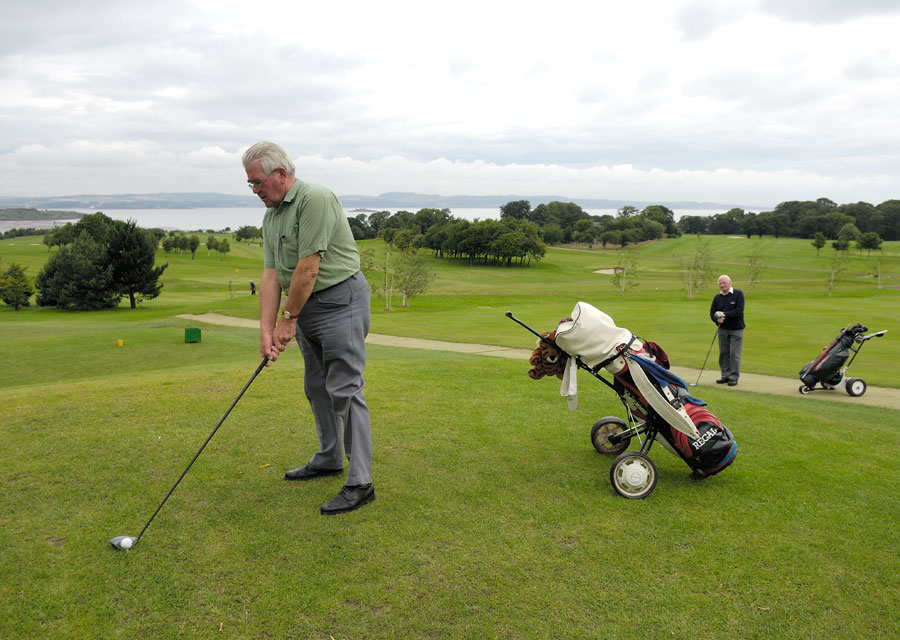 Most golfers will immediately head for St Andrews. They will be surprised to find that the Old Course has two, rather than the customary four, short holes and only 11 greens. Yet it is categorically an 18-hole course: seven greens are shared. This explains the enormous size of the greens, on which you can find yourself facing a putt of almost 100yds/metres.

Ancient as the Royal and Ancient Golf Club of St Andrews is, it must bow to the Honourable Company of Edinburgh Golfers, which was formed in 1774 and is generally accepted as the oldest golf club in the world. Its present Muirfield course – which is at Gullane (pronounced Gillun), 13 miles (21km) east of Edinburgh – is considered to be the ultimate test of golf. The rough here is ferocious with nearly 200 deep pot-bunkers littering the course. 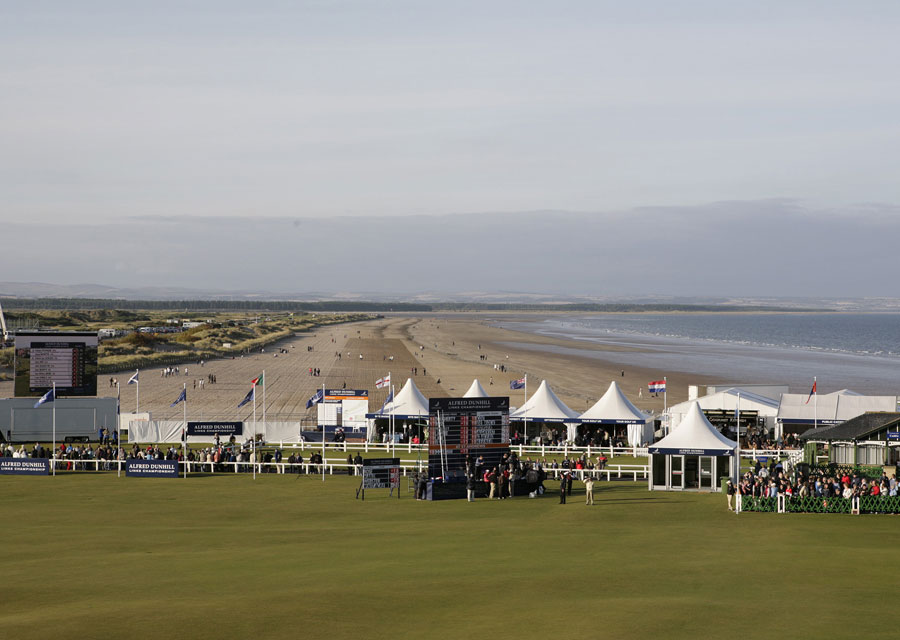 Back in Edinburgh are more than a score of courses, two of which are home to very ancient clubs. The Royal Burgess Golfing Society claims to be even older than the Honorable Company of Edinburgh Golfers, while the neighbouring Bruntsfield Links Golfing Society is only a few years younger.

On the road from Gullane to Edinburgh you pass through Musselburgh, where golf is known to have been played in 1672 and, most probably, even before that.

Glasgow, never to be outdone by Edinburgh, has nearly 30 courses. Outstanding among these are Killermont and Haggs Castle. The latter is less than 3 miles (5km) from the city centre. While golfers thrill over birdies and eagles at Haggs, their non-playing partners can enthuse over the renowned Burrell Collection, which is less than half a mile (1km) away. Even closer to the Burrell is the excellent Pollok course. Further afield at Luss, 23 miles (37km) northwest of the city is a course designed by Tom Weiskopf and Jay Morrish. Ranked in the top 20 courses in Britain, the Loch Lomond Golf Club is renowned worldwide. 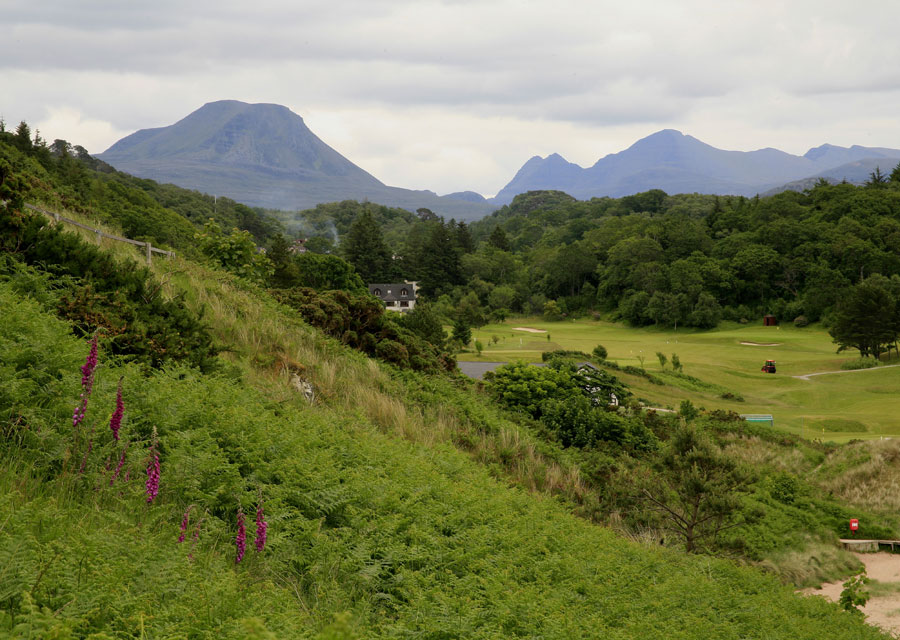 Troon, 30 miles (48km) south of Glasgow and frequently the scene of the Open, is the kingpin in a series of nearly 30 courses bordering the Atlantic rollers. Here, you can play for almost 30 miles (48km). Troon itself has five courses.

To the north is Barassie with one, and Gailes with two courses. South of Troon are three at Prestwick – scene of the first Open in 1860 – and Ayr, also with three courses. Fifteen minutes further down the ‘course’ are the exclusive Arran and Ailsa links of Turnberry. There’s an excellent one at Brunston Castle, just to the southeast.

On the east coast is another remarkable conglomerate of courses, with St Andrews as its kingpin. About 30 miles (48km) to the north, across the Tay Bridge, are the three Carnoustie courses. The Medal course here has been called brutal, evil and monstrous.

Then, 20 miles (32km) south of St Andrews and strung along the north shore of the Firth of Forth, are the Elie, Leven, Lundin Links and Crail golf courses. The Crail course is claimed by golf-storians to be the seventh-oldest in the world.

Other glittering gems are found in the northeast. Here are Balgownie and Murcar, two of Aberdeen’s half a dozen courses; nearby is Cruden Bay; Nairn, which is close to Inverness; and Dornoch, which stands in splendid isolation in the extreme northeast.

Dornoch is, even for a Scottish course, underplayed and may be Britain’s most underrated course. Authorities believe that this course, all of whose holes have a view of the sea, would be on the Open rota if it were closer to a town. 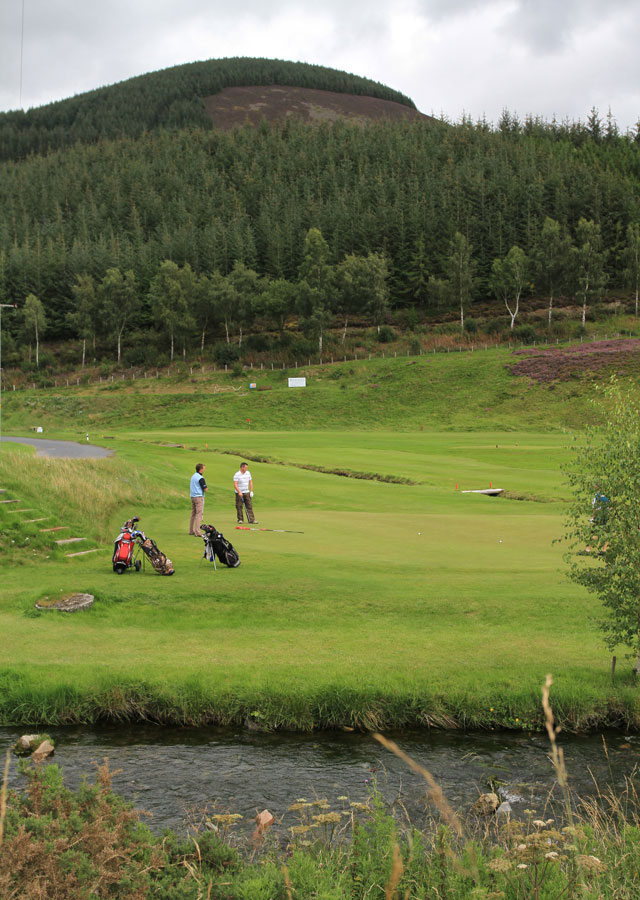 Down at the extreme southwest of the country is Machrihanish, another underrated, underplayed links. Its turf is so naturally perfect that ‘every ball is teed, wherever it is’. And if the views from here, which include Ireland and the Inner Hebrides, seduce you, then you might wish to make your way over the seas to Islay, which is renowned for its Machrie course.

Scotland also has some superb inland courses. Many aficionados consider the King’s at Gleneagles to be the best inland course in Britain. In 1993, it was joined by the PGA Centenary Course, which is from the drawing board of Jack Nicklaus and has the flavour of an American rather than a Scottish course. These are just two of the four courses, which make up the luxurious Gleneagles complex.

A mere 30 miles (48km) to the north is Blairgowrie with its fabled Rosemount course, and new courses are still being created: the 18-hole par 72 Spey Valley Championship Golf Course opened in 2006 in Aviemore and was designed by Ryder Cup player, Dave Thomas, and the American billionaire Donald Trump is attempting to create the Trump International Golf Links north of Aberdeen.

At the majority of Scottish golf courses no formal introduction is necessary: as a visitor, you just stroll up, pay your money and play. Some clubs do ask that you be a member of another club. Others require an introduction by a member, although if you are an overseas visitor this formality is usually waived. And the better courses demand a valid handicap certificate, which usually must be below 20 for men and 30 for women.

Access to the course doesn’t mean you will gain entry to the clubhouse – that remains the private domain of a particular club whose members happen to make use of the adjacent course.

Inspired to go? Buy one of our Scotland guides today.