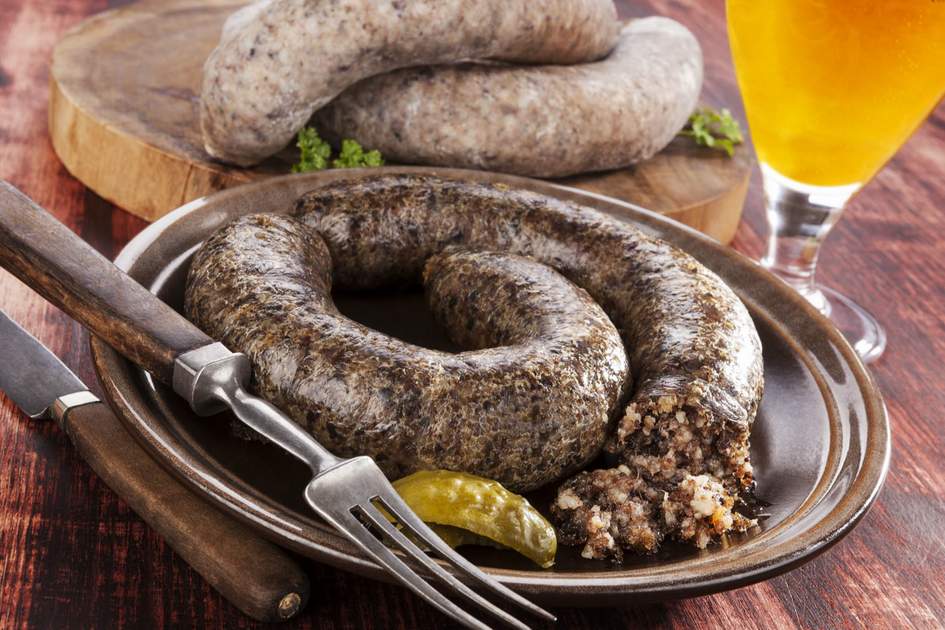 Ever tuck into a plate of fried silk worms, only to find that you actually liked it? When it comes to foreign food, keeping an open mind just might introduce you to incredible cuisine you would have otherwise missed.

"When trying a food that is new to you, remember that cheese is rotten milk; and to the Chinese, salad (raw vegetables) is an abhorrent idea," points out Naomi Tomky of The Gastrognome "When trying new-to-you foods, look for what there is to love in it, not to fear. And no matter how you actually feel about a food, don't yuck someone else's yum."

With that spirit, here's a collection of dishes that many misjudge as gross —when they actually taste good.

"Something that lots of people are super squeamish about eating is blood; in blood sausage particularly," Niamh Shields of Eat Like a Girl tells Insight Guides. "But I love it, and I have had it in so many places. It is almost always good. The only place where it was too much for me was in Jerez where it was served as a solid, chalky blood cake with onions." 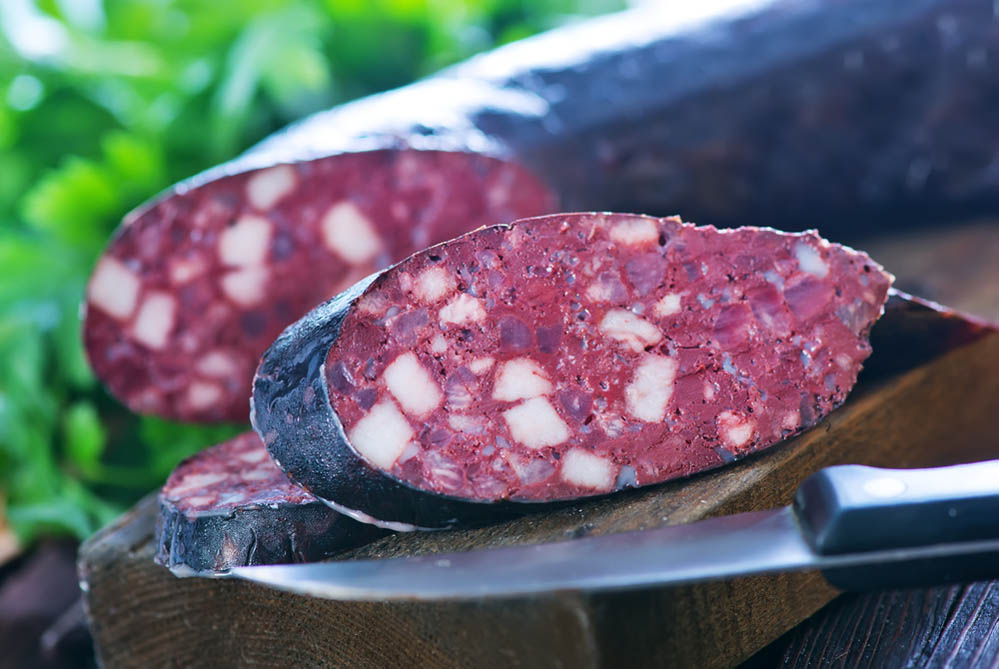 "Most people are worried about trying rambutan, a red fruit with long spiny fronds around its exterior, which makes it look a lot like something one might find on an alien planet," says Akila McConnell, creator of The Road Forks. "The interior isn't much better either, with a white, jelly-like fruit surrounding the bitter pit. But it's surprisingly delicious! Once you get past the slimy texture, the fruit is sweet and very refreshing on hot and muggy Thai afternoons." 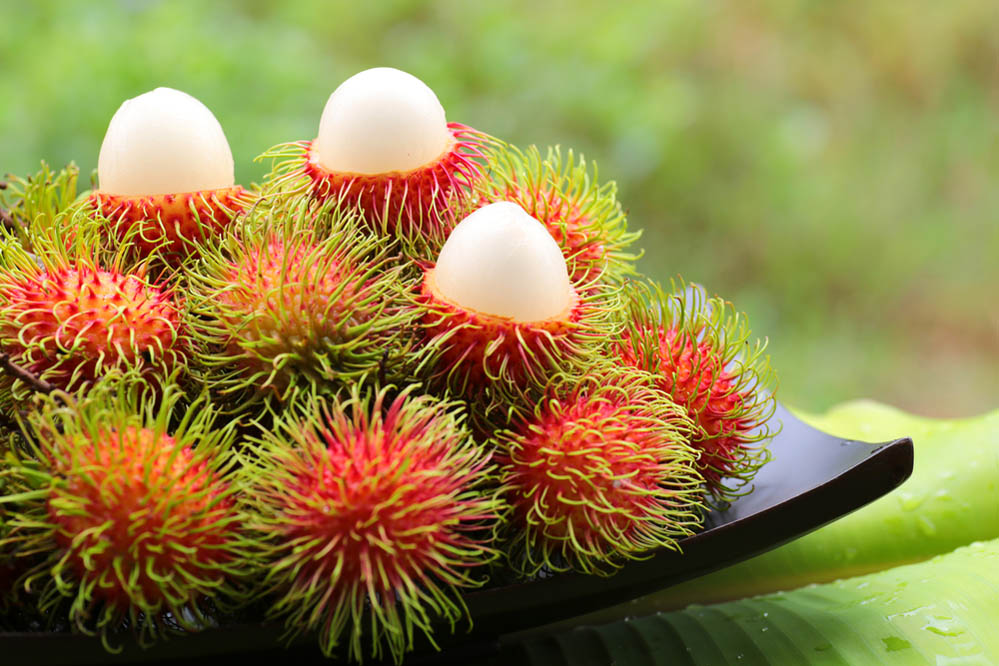 Okay, they're not really one thousand years old, but they might as well be. Also known as pidan, this dish is one of the most popular appetisers in Beijing. These duck eggs start by being packed into a mix of ammonia, chalk and mud—then left to rest for a couple of weeks. When they're ready, they're commonly sprinkled with soy sauce and sesame oil, then served with pickled ginger.

BOOK IT NOW: The Best of China 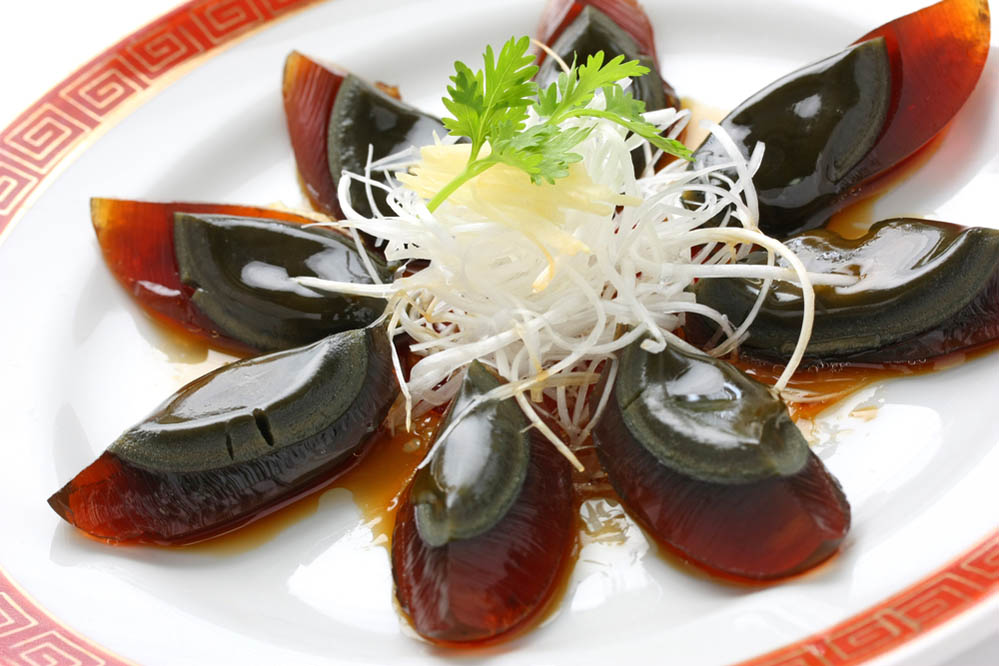 When it comes to strange foreign food, durians definitely top the list. It's really this Asian fruit's distinctive (foul?) smell that makes them stand out. But as Smithsonian Magazine points out, the smell may be awful, "but the taste is heavenly." 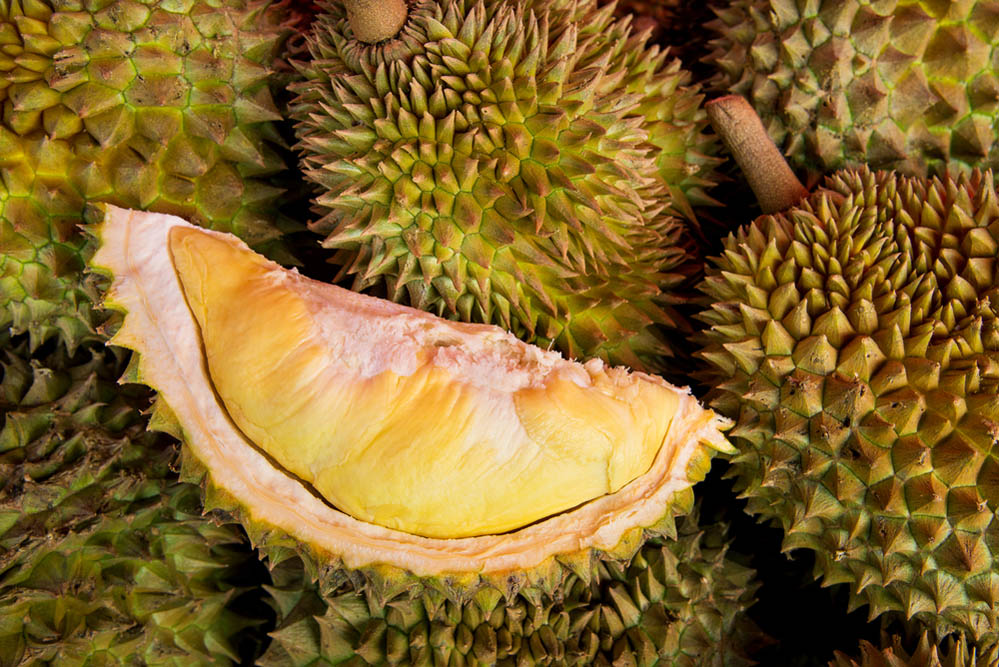 Off the northwest coast of British Columbia, you'll find massive kelp forests growing just below the ocean's surface. Lindsay Anderson , co-creator of FEAST: An Edible Road Trip, came across a company called North Pacific Kelp that harvests it as food. They even sell sheets of the flat, rippling green seaweed as lasagna "noodles."

"We must admit, we were rather skeptical about seaweed as pasta, and assumed it would taste as though our meal had been accidentally dropped overboard, fished out of the water, and placed in our bowls," shares Anderson. "Delightfully, we were wrong. The kelp was the perfect texture, providing structure and salty—but not fishy—flavour to [the chef's] now-famous vegetarian lasagna. We can’t wait to try making it ourselves."

"If you are offered shirako at a Japanese sushi bar, don't be put off by its disgusting appearance," Erin De Santiago of Our Tasty Travels tells Insight Guides. "Shirako is basically the milt, or sperm sac, of a codfish, and has a rather unappetising, milky appearance. If you can get past that, the taste is very mild and almost sweet. One of my favorite ways to end a sushi dinner in Japan!"

We know it's a beverage, not a foreign food, but we couldn't help throwing this Russian drink into the mix. As NPR describes, this tangy, fermented grain drink (made from Russian brown bread) is a popular treat on hot, balmy days. 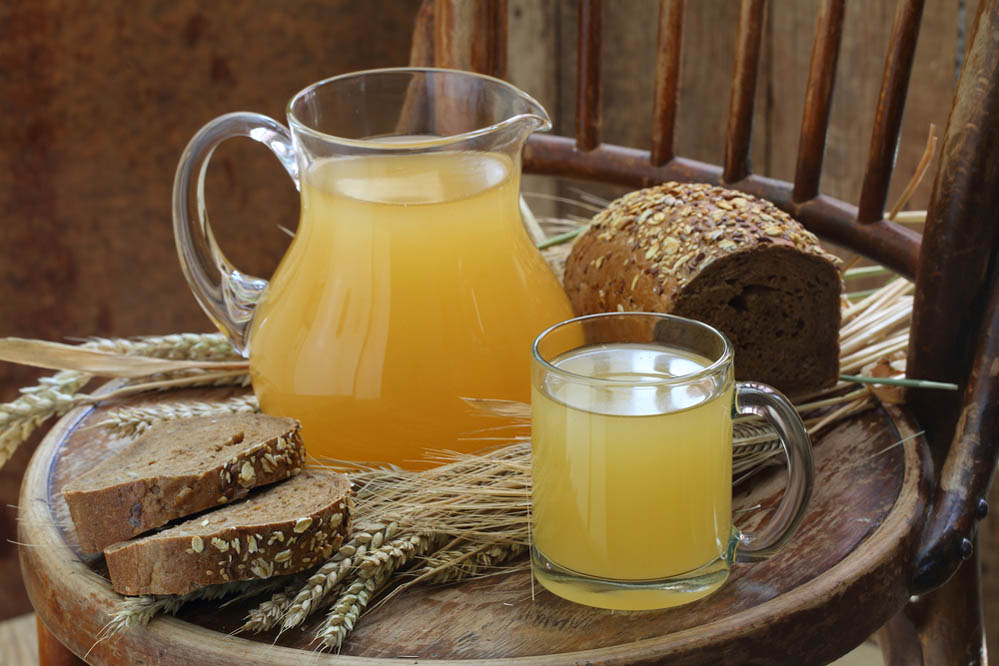 Sweetbreads (of cows, that is)

Another commonly balked-at food is sweetbread that's made from the thymus and pancreas of several animals, usually cow.

"These are so delicious, but their wrinkly, brain-like, spongy appearance—and where they come from—puts people off," adds Shields. "I brought two people out to try them in Argentina and they were really nervous. I ordered the sweetbread of cow, veal and goat. I hadn't noticed them come to the table and one of my dining companions tucked in, then said excitedly, 'What are these? These are some of the best things I have ever eaten?' I explained and they replied, 'What? These are better than bacon fat!' I rest my case." 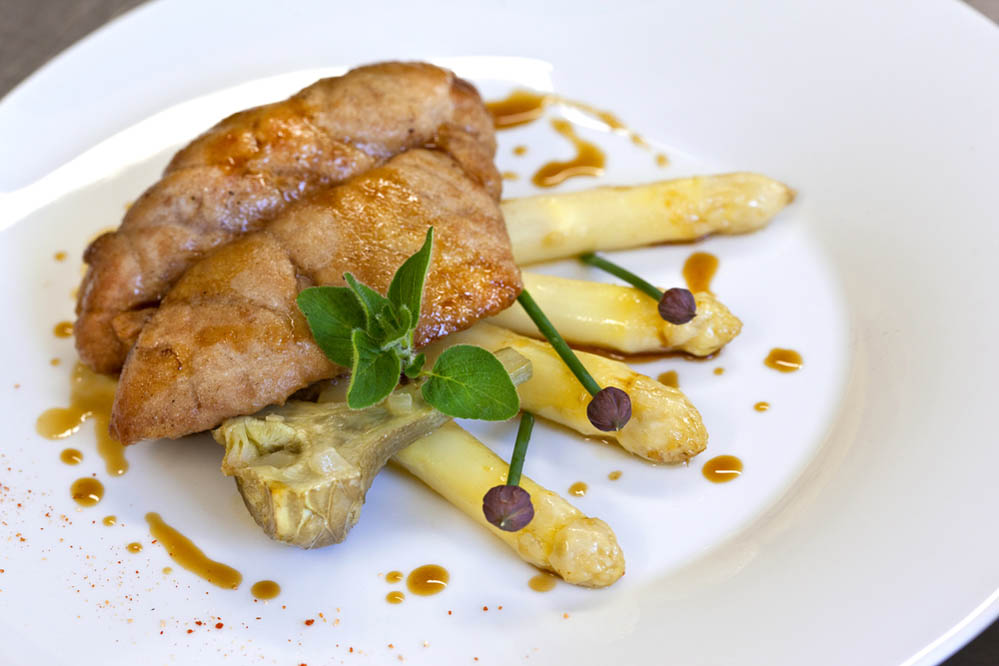 This leafy Indian dish is nothing to look at. Thankfully, its rich flavours and fried paneer cheese make up for it. The ultimate comfort food, saag paneer is a vegetarian delight. 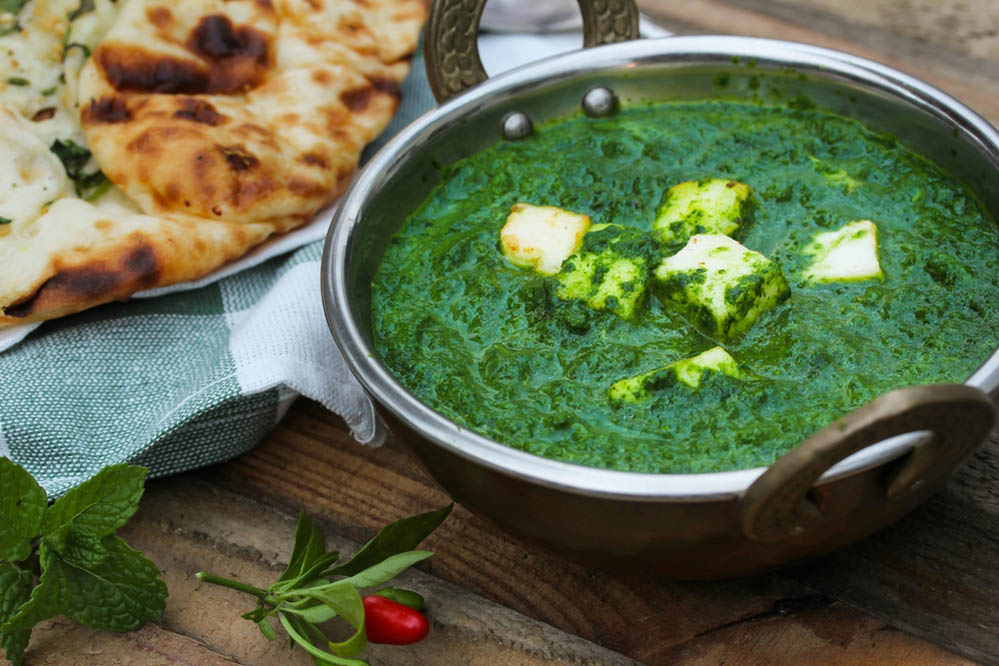 Dinuguan, also known as pork blood stew, is considered a delectable dish in the Philippines. Just don't get too hung up on what's actually in it—meat cooked in pig's blood. Still, the spicy, savory taste might be enough to make you forget. 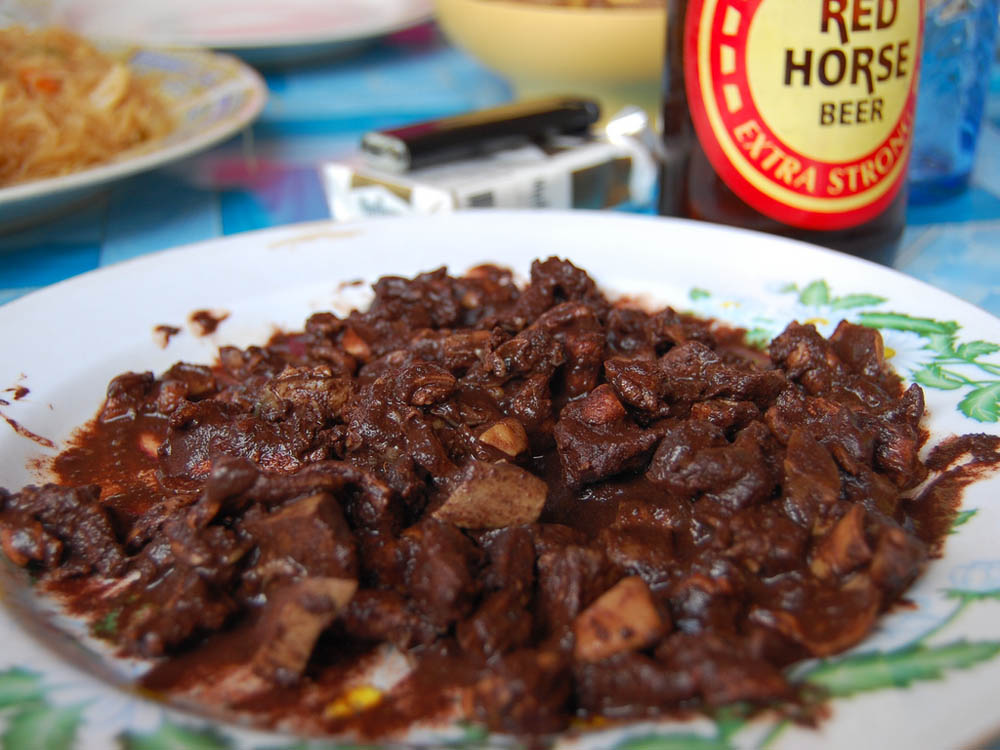 The key ingredients in this Iranian stew are pomegranates and walnuts, but recipes can vary when it comes to additions like meat or chicken. Either way, don't judge this book by its cover; it's actually considered a tasty treat. 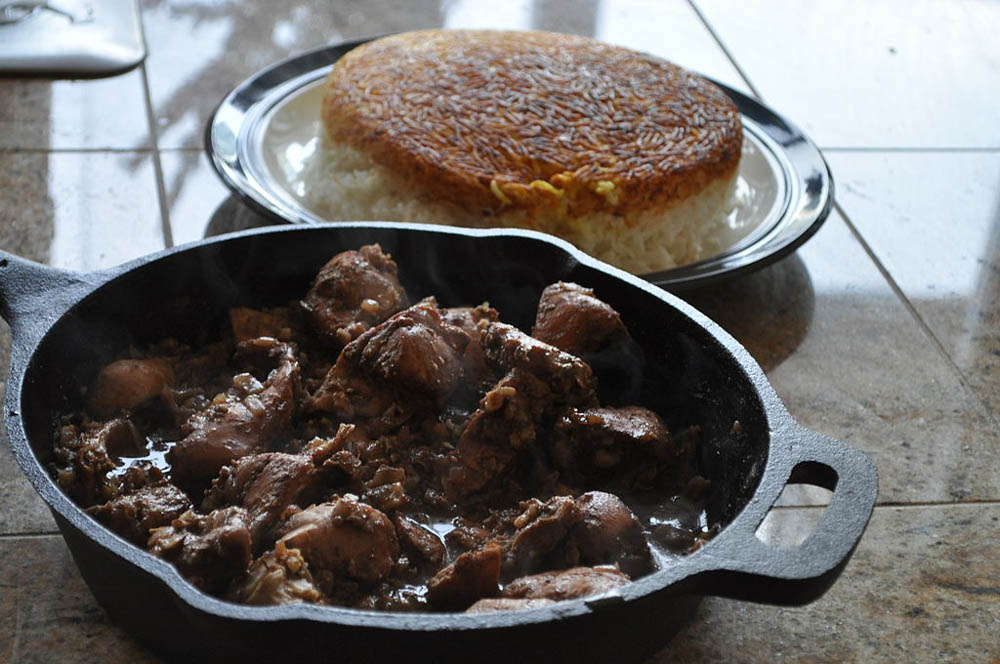 Poutine is really just a fancy name for French fries with gravy. Many recipes also call for cheese curds, which don't exactly make it look appetising. This French Canadian dish, which is said to be quite yummy, is particularly popular in Canada. 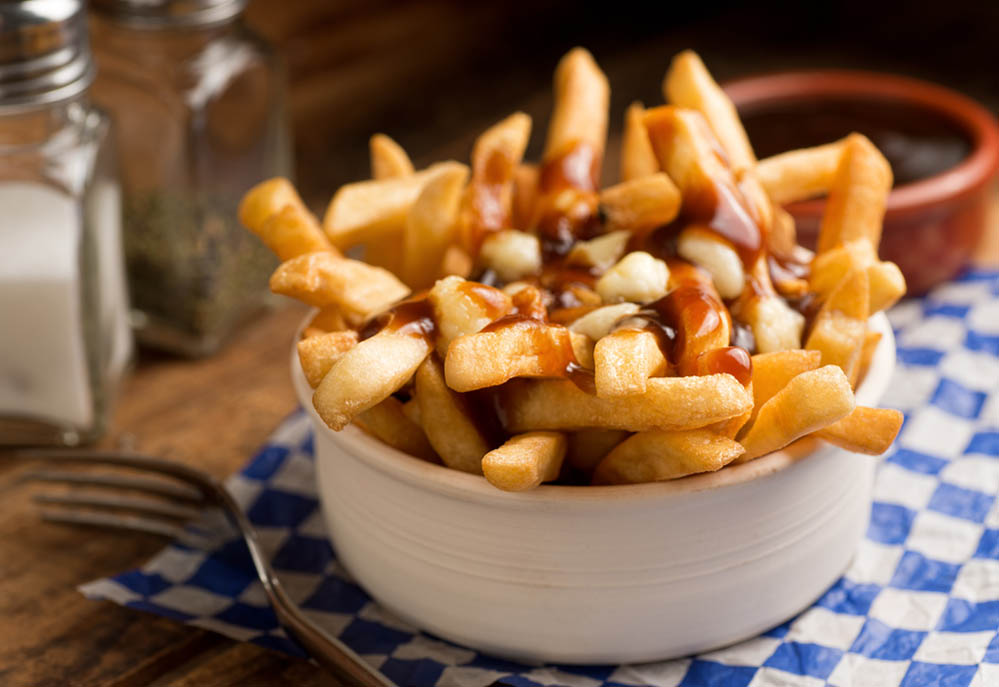