Madagascar’s remote location, moist tropical climate and varied topography have led to it becoming a uniquely rich and rewarding biodiversity hotspot. Exploring this land apart is challenging but the rewards are exhilarating. 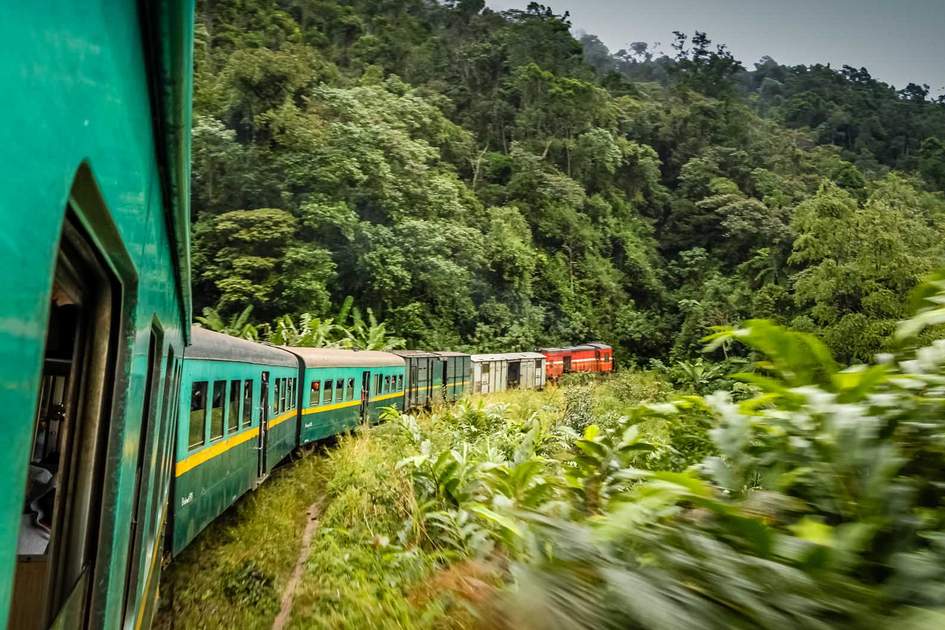 Train going through beautiful lush rainforest between the high plateau city of Fianarantsoa and the port-city of Manakara. Photo: Shutterstock
PrevNext

Tourists flock to Madagascar’s idyllic beaches but there are many more ways to discover its unique charms. Here are our top 5 best outdoor adventures to be had on this wonderful island nation.

1. A train journey on the Fianarantsoa-Côte Est Railway

Navigating more than 100 tunnels and bridges, the narrow-gauge rail descent from Fianarantsoa to Manakara is as scenic as it is unsuited to timetable-focused travellers.

One of Madagascar’s most appealing public transport options, the FCE between Fianarantsoa and Manakara is an ageing but functional colonial relic. The 163km (102 mile) line navigates an incredible 48 tunnels and 65 bridges along its spectacular descent from the highlands to the coast, while passing landscapes embrace rainforest, steep waterfalls, tea plantations and subsistence farmland. Trains also stop at 17 colonial-era railway stations whose platforms transform into impromptu markets for the occasion.

Delays are not so much commonplace as utterly inevitable, so the trip is only worth considering if you’ve a reasonably flexible schedule. Fruit and other snacks can be bought from local vendors en route, but you might prefer to bring your own food, and should carry enough drinking water to last the duration. Tickets can be bought cheaply on the spot and it is emphatically worth paying extra to travel first-class, which won’t be quite what you are used to in Europe or North America, but still beats second-class hands down. 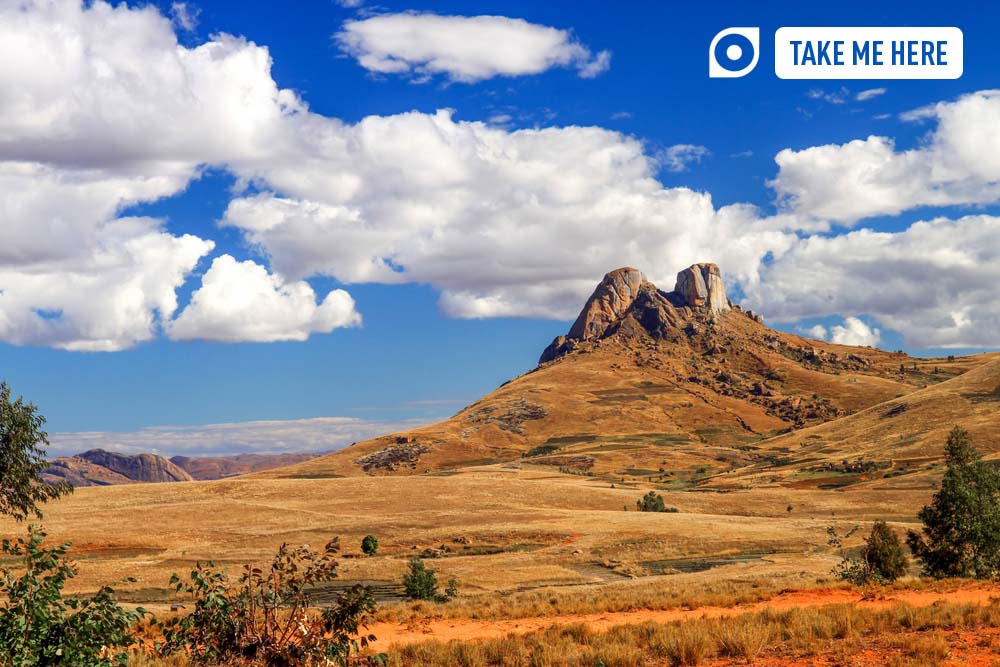 2. Hiking in the Parc National d’Andringitra

Not only does this hiker’s paradise boast the most diverse collection of mammals in Madagascar, it also incorporates the country’s tallest walkable summit in the form of 2,658m (8,720ft) Pic Boby.

The 311 sq km (120 sq mile) Parc National d’Andringitra is a hiker-friendly destination that protects the upper slopes of the eponymous granite massif. More than 50 species of mammals have been recorded here, among them eight carnivore, nine diurnal lemur and five nocturnal lemurs, notably Milne-Edwards sifaka, brown lemur, red-fronted brown lemur and ring-tailed lemur. On top of this there are more than 100 bird, 75 amphibian and 50 reptile species.

Geared mainly towards properly equipped hikers, Andringitra is traversed by five hiking trails that collectively explore all its major habitats. Most challenging and popular with peak-baggers is the Circuit d’Imarivolanitra, a 28km (17 mile) two-day round hike that leads to the 2,658-metre (8,720ft) summit of Pic Boby, a spectacular bare granite prominence that ranks as the country’s second tallest peak (and the highest that can be scaled without specialist climbing gear). The 14km (9 mile), eight-hour Circuit d’Imaitso is the best trail for general lemur viewing and birdwatching, while the 13km (8 mile), 10-hour Circuit de Diavolana leads through high meadows sprinkled with seasonal wildflowers to a rocky moonscape inhabited by a distinct high-altitude morph of ring-tailed lemur. For more reluctant hikers, the relatively undemanding 6km (4 mile), four-hour Circuit d’Asaramanitra, which leads through dense forest past the impressive Riambavy Falls, is worth considering.

3. A boat trip down the Manambolo Gorge

Boat trips down the Manambolo River pass through this stunning gorge flanked by the surreal landscapes of the Tsingy de Bemaraha.

A truly adventurous way to travel partway between Antananarivo and the Morondava region is by local pirogue or motorboat along the Manambolo River from Ankavandra to Bekopaka. This last is the gateway village to the Parc National des Tsingy de Bemaraha. The scenic one-way trip requires the best part of a week. This river trip entails a full day’s drive from Antananarivo and at least three days, preferably five, on the water, setting up overnight camp on the sandbanks. The Manambolo river passes through an imposing eroded sandstone gorge frequented by Decken’s sifaka, and is especially recommended to anyone who plans on visiting Bemaraha. 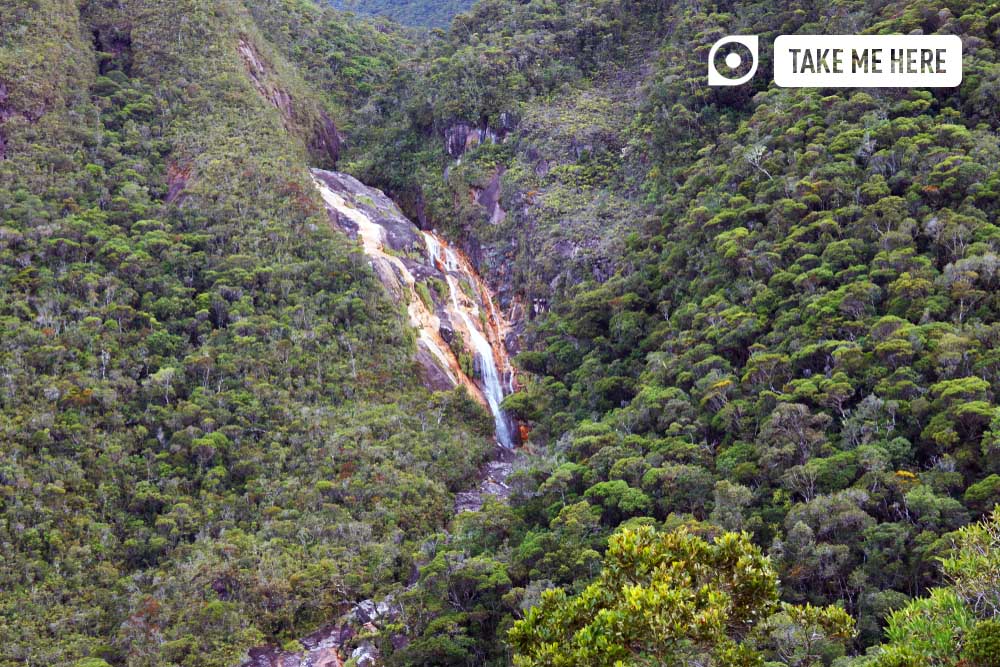 4. A night trek in the Parc National de Marojejy

This top-notch hiking destination protects a rugged forested massif renowned for its diversity of birds, ferns and lemurs, and is best explored on a multiple night trek taking in Mantella, Marojejya and Simpona Camps.

One of the most compelling wildlife attractions, situated inland of Sambava, is the 605 sq km (234 sq mile) Parc National de Marojejy, inscribed as part of the Rainforests of the Atsinanana Unesco World Heritage Site in 2007. The park protects the rugged slopes of the Marojejy Massif, which rises from a base of 75 metres (245 ft) to a maximum elevation of 2,132 metres (6,995 ft), and incorporates a diversity of forested habitats and microclimates. As such, it incorporates a quite astonishing floral diversity, including more than 275 fern and 35 palm species, many of which are endemic to the massif.

Marojejy is equally impressive on the fauna front. The checklist of 118 bird species includes 75 forest-associated species endemic to Madagascar (more than any other protected area), notably the stunning and very localised helmet vanga bird, while the 147 reptile and amphibian species include 18 only found at this one national park. Its mid to upper slopes are also the main stronghold for the critically endangered silky sifaka, a striking all-white lemur listed among the world’s 25 Most Endangered Primates, with a global population estimated at fewer than 1,000. Eleven other primate species occur in the park, among them the diurnal indri, eastern fork-marked lemur, white-fronted brown lemur, red-bellied lemur and eastern lesser bamboo lemur.

5. Snorkelling or diving in the Baie de Ranobe

This marine biodiversity hotspot is protected by a 30km (18-mile) long coral reef shelf up to 10km (6 miles) offshore.

There are two marine protected areas along the reef: the Massif des Roses (also known as the Rose Garden) opposite the Hôtel Solidaire Mangily, and the more remote Ankaranjelita about 30 minutes’ boat ride further north. Both offer great conditions for snorkelling and scuba diving on coral formations inhabited by dense populations of colourful reef fish as well as moray eels, electric rays and marine turtles. Between June and October, boat trips on the Baie de Ranobe offer an opportunity to see migrant humpback and southern right whales. A new protected area called Andabotira has been created to protect the seagrass that attracts feeding turtles close to shore.

Ready to take a trip to Madagascar?

Insight Guides can help you plan and book fantastic trips to Madagascar. Simply get in touch with us to share your ideas for the trip and let us know when you would like to travel. Our local experts will then create a personalised itinerary especially, which you can amend until it's exactly how you want it before booking. You can browse our existing itineraries for inspiration, and keep in mind that they can all be tailored to suit your specific requirements.

We really got to be "on vacation" and just take it all in, knowing that you had everything planned and organised.

We really got to be "on vacation" and just take it all in, knowing that you had everything planned and organised.

Your local travel organizer for Madagascar