Amazing Ecuador wildlife – what to see in the Oriente rainforest 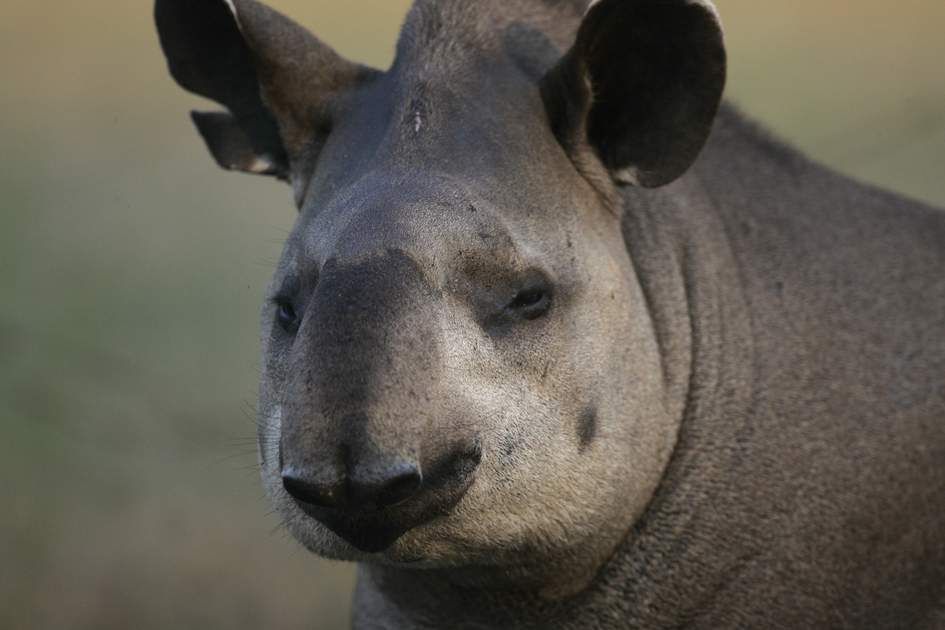 The Oriente rainforest region has such a diverse variety of wildlife that for many people, the chance to see some of it in its natural habitat is reason enough to travel to Ecuador. Whether your interest is in birds, beasts, reptiles, or insects, you will find fascinating species in the Amazonian forest.

Here are some highlights of what you can see:

Some 550 species of birds have been recorded in the Napo region alone, and ornithologists and bird-watchers flock to the area to see species with such exotic names as green and gold tanager, greater yellow-headed vulture, purple-throated fruitcrow, puffbird, and toucan.

One of the highlights in a trip to an Amazon lodge is the opportunity to see birdlife gather at patches of soil – often along riverbanks – laden with mineral salts. At dawn, bird-watchers can witness a magnificent display of hundreds of squawking, squabbling parrots feeding at the saladeros, as the salt licks are known. Species that need the mineral in their diet such as the blue-headed, orange-cheeked, and yellow-crowned parrot as well as the dusky-headed parakeet and scarlet-shouldered parrotlet are amongst the colorful species one can observe. 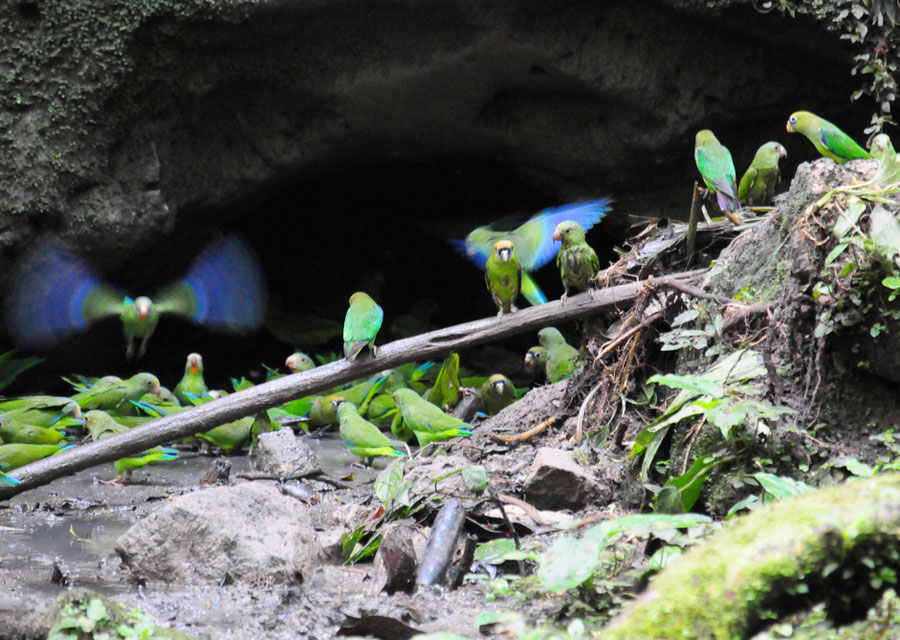 The salt licks also attract a variety of jungle mammals. Most of these feed at night and leave only footprints for the curious visitor to observe in daylight. An adventurous person could spend the night by a salt lick and perhaps be rewarded with moonlit glimpses of a variety of mammals. These may include the nine-banded armadillo, or a rodent called the paca which has spotted fur, weighs up to 9kg (20lb) and is considered excellent food by local hunters. The capybara, the world’s largest rodent, weighing around 64kg (140lb), is another animal that you might see.

Some salt licks attract a huge, strange mammal, the South American tapir. The largest land mammals in Ama­zonia, tapirs can weigh in excess of 270kg (600lb). Their closest relatives are the other odd-toed ungulates, the rhinoceros and the horse.

Members of the tapir family are among the most primitive large mammals in the world and are well adapted to life in the jungle. Their short sturdy legs, thick, strong necks, and barrel-like bodies covered with incredibly tough skin enable them to shove through the dense forest undergrowth like a living tank. One of their strangest features is a short trunk, which gives them an excellent sense of smell and is used to pull leaves off bushes and into their mouths.

The mammals that visitors most often get to see, however, are the monkeys. The most vocal of these is the very aptly named howler monkey. Male howler monkeys have a specialized, hollow, and much enlarged hyoid bone in the throat. Air is passed through the hyoid cavity producing an ear-splitting call, which can easily carry for well over a kilometer in the rainforest. This is an astounding feat when one remembers that the forest vegetation has a damping effect on sound. When heard in the distance, the call has been variously described as sounding like the wind moaning through the trees or like a human baby crying. Close up, the call can be quite terrifying to the uninitiated visitor.

Several other species of monkey are frequently seen, including wooly, squirrel, spider, and tamarin monkeys. Often, the best way to observe monkeys is from a dugout canoe floating down a jungle river. A local, trained guide will spot a troop of monkeys early enough to stop the boat in a position that offers a clear view of the animals foraging in trees along the banks.

The big cat of Amazonia is the jaguar. A fully grown male can reach 113kg (250lb) in weight and, when hungry, will attack almost any large animal it comes across. Jaguars do not roar, as do most other big cats. Instead, they emit a low, coughing grunt, especially when courting. Generally, jaguars are afraid of humans and only the luckiest of visitors catches a glimpse of them in the wild.

You are also unlikely to see another shy resident, the endangered spectacled bear: fewer than 2,000 individuals are thought to exist in the wild. The only bear found in South America, its habitat ranges from 200 meters (660ft) to 4,200 meters (13,800ft) on the heavily forested subtropical slopes. It is mainly vegetarian, often climbing trees in search of succulent fruits. The bear’s habitat is increasingly being encroached upon by colonists, and it is protected by Ecuadorian law.

Beneath your feet – insect life

Many people come to the Oriente hoping to see exotic birds and mammals, while trying to avoid the myriad insects. Yet it is the insects that are the most common and, in many ways, most fascinating creatures of the rainforest. Some are simply beautiful, such as the breathtaking blue morpho butterflies whose huge wings flash a dazzling electric blue. Other species have such complex life cycles that they are still not fully understood by tropical ecologists. Among these are hundreds of ant species, particularly the ubiquitous army and leafcutter ants.

Ecuador's rainforest is fascinating to biologists and tourists alike, and a day with a trained guide will bring to light the habits of the forest’s vast population of creatures great and small.

Book it: Completely Galapagos
Read more: In depth: Life and Lore in the Sierra
Buy a book: Insight Guide Ecuador and the Galápagos