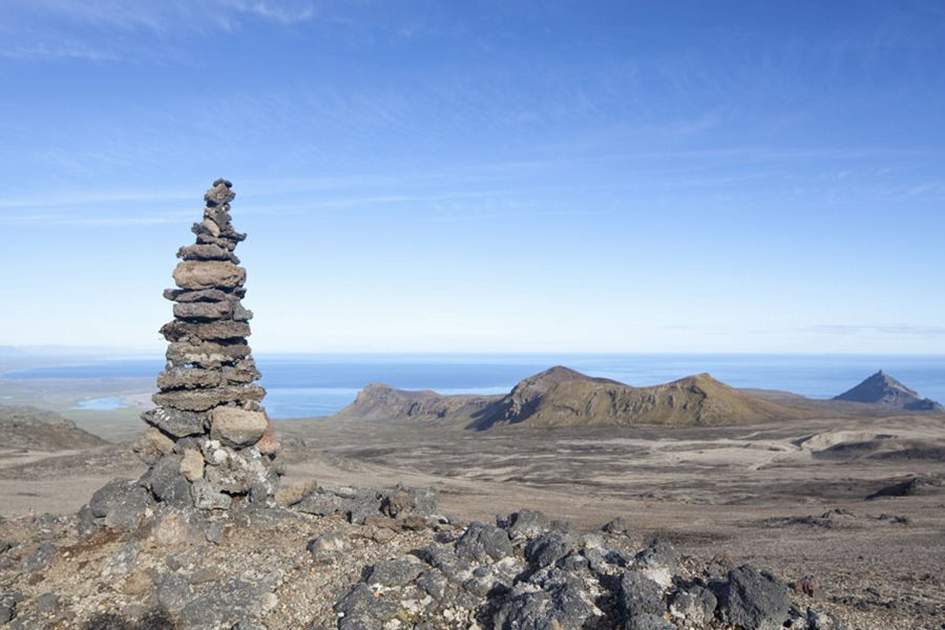 For film fans, the start of a new year brings great anticipation, for the awards season that kicks off as soon as the calendars change and for the movies that will be released in the coming twelve months. We asked film critic Scott Jordan Harris to look ahead to some of 2014’s most anticipated films and take us on a tour of the best international locations they will showcase. He takes us from Biblical epics to science fiction thrillers and from Spanish deserts to Icelandic glaciers.

After decades out of fashion, the Biblical epic will make an emphatic return to cinemas this year as major league directors Darren Aronofsky (The Wrestler, Black Swan) and Ridley Scott (Alien, Blade Runner, Gladiator) both combine Bible stories with the 21st Century blockbuster.

The cast and crew of Scott’s Exodus, which stars Christian Bale as Moses, spent the end of 2013 shooting in Almeria in Andalucia, Spain. Andalucia is an ideal destination for travellers who are also film fans: the autonomous community is hugely popular with tourists (it is, of course, the home of the Costa del Sol) while Almeria, one of its eight provinces, contains the Tabernas desert, which has long been a favourite of film-makers. Europe’s only desert appears in such classics as Sergio Leone’s The Good, The Bad and the Ugly, Steven Spielberg’s Indiana Jones and the Last Crusade, the Oscar-winning Patton and David Lean’s legendary Lawrence of Arabia.

The area was such a popular production site during the spaghetti Western boom of the 1960s and ‘70s that numerous Old West-style towns were erected in Almeria as part of its “Mini Hollywood.” If you want to visit one, head to the Oasys Theme Park, Fort Bravo or Western Leone. Almeria offers a range of accommodation to those who want to see the sites visited on screen by Clint Eastwood and Christian Bale, including golfing resorts, several 2, 3 and 4-star hotels and, for those who really want to embrace the area’s history, a traditional Spanish parador, Mojacar Parador. 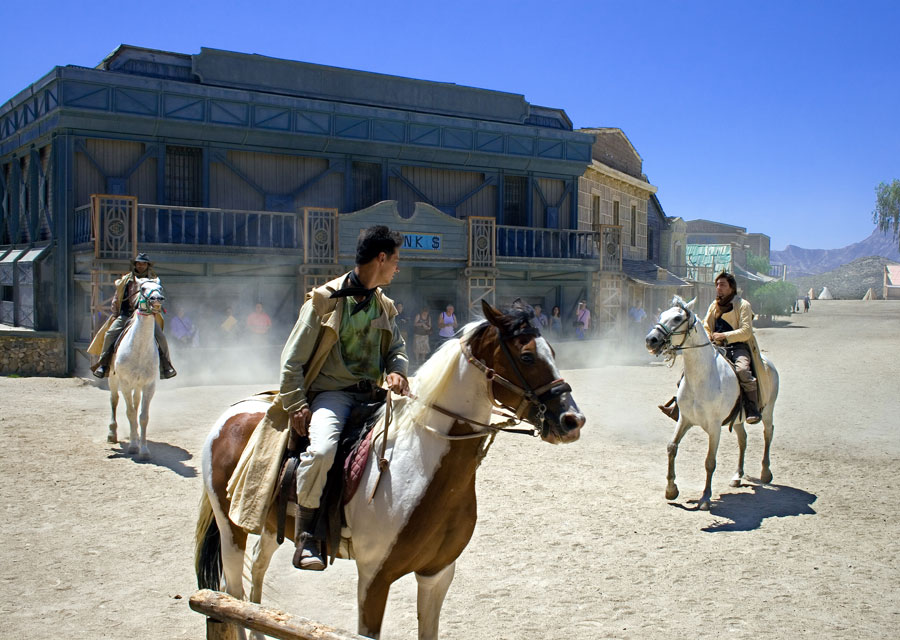 Aronofsky and Russell Crowe have teamed up for Noah, which made headlines for the colossal ark built during production at the Planting Fields Arboretum State Park in Long Island, New York. The park’s “409 acres of greenhouses, rolling lawns, formal gardens, woodland paths, and outstanding plant collections” were, thankfully, not destroyed by the film’s scenes of apocalyptic action and remain perfect for anyone looking to discover America’s answer to a classic British country estate. The Tudor Revival mansion, Coe Hall, is open for self-guided tours, as are its luscious gardens.

As a movie that shows the near-destruction of the entire world, it is fitting that Noah was filmed internationally. Shooting began on Reynisfjara Beach on Iceland’s south coast. Famed for its black sand and imposing rock formations, which are supposedly petrified trolls, Reynisfjara is one of Iceland’s best beaches and offers some of the definitive views of the country. Two of the best ways to see it are to rent yourself a cottage near the beach (check out some of the extraordinary sights they can afford a guest here) or to book a place on one of many tours of southern Iceland available to travellers.

Iceland was also a shooting location for Interstellar, which film journalist Ethan Anderton chose as the most-anticipated film of 2014. The sci-fi extravaganza is the latest movie from master director Christopher Nolan (known for Inception and his Batman trilogy) and will apparently follow intergalactic explorers Matthew McConaughey and Anne Hathaway as they travel through a wormhole in outer space.

Though you can’t quite pilot a space ship through a wormhole in Iceland, you can visit Snæfellsjökull, the 700,000-year-old volcano, to see the glacier where filming took place. You can also visit another picturesque shooting location, the small village of Kirkjubæjarklaustur – which is, mercifully for those of us who struggle with Icelandic pronunciation, commonly known as Klaustur. Klaustur, in south east Iceland, is “the warmest place in Iceland” and a popular short break destination for natives of the country’s capital, Reykjavik, many of whom own weekend huts by Lake Systravatn. Visitors from farther away should base themselves at the Icelandair Hotel Klaustur, from which they can easily visit attractions from the small, such as Klaustur Chapel, to the colossal, such as the nearby Vatnajökull National Park, which is the second-biggest national park in Europe.

Snæfellsjökull gives its names to another national park, the Snæfellsjökull National Park in western Iceland. In Jules Verne’s classic novel Journey to the Centre of the Earth, it houses the entrance to the tunnel to the middle of the planet. In reality, the park houses the spectacular Saxholl volcano crater and Djúpalónssandur Beach besides, of course, the famous glacier atop Snæfellsjökull volcano. National parks are free to enter in Iceland, making both Vatnajökull and Snæfellsjökull cost effective additions to any travel itinerary.

Interstellar will be released on 7th November 2014.

Italy's most famous volcanic eruption gets the Hollywood treatment this year. The story follows a gladiator racing to save his true love as Mount Vesuvius destroys Pompeii. Released 21st February 2014.

Wes Anderson's latest film follows the exploits of the concierge at a famous Eastern European hotel in the inter-war period. It's sure to feature fine images of Eastern European beauty and grandeur. Released 7th March 2014.

Based on a true story, this historical drama follows a man's attempt to track down those responsible for his torture in Myanmar during the Second World War. Released on 10th January 2014.