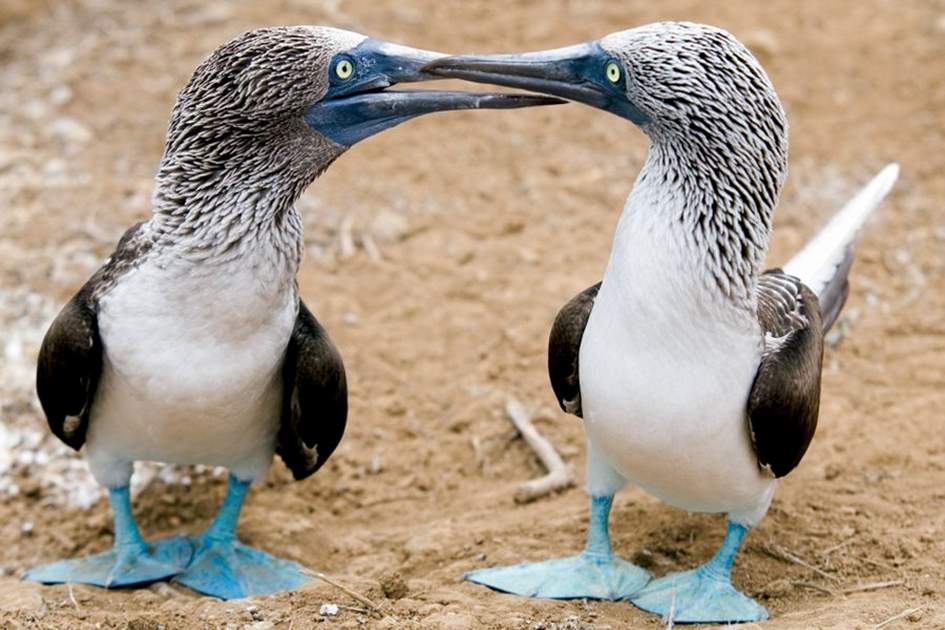 Ecuador is a bird-watcher’s paradise, with a wider range of bird species than any other country in the Americas.

One of the most remarkable things about Ecuador is its incredible biodiversity. Its varied habitats, from tropical rainforests to windswept highlands, and mangrove swamps to hilly forests, are home to more than 1,500 bird species, twice as many as in the US and Canada combined.

In the páramo (high-altitude plateau) habitat of Cotopaxi National Park, one of the most surprising sights is a tiny hummingbird, the Andean hillstar, which survives the freezing nights by lowering its body temperature from about 40°C (104°F) in the daytime to about 15°C (59°F) at night, a remarkable feat for a warm-blooded creature. At the other end of the size scale is the Andean condor, which, with its 3-meter (10ft) wing span, is one of the largest flying birds in the world.

Other páramo species include the carunculated caracara, Andean lapwing, Andean gull, páramo pipit, great thrush, and bar-winged cinclodes. If you camp out, you may hear the loud hoot of the great horned owl as it searches for prey, or the eerie drumming of the Andean snipe’s outer wing feathers as it careens by in the dark.

The Andes of Ecuador are split into two ranges between which lies the temperate central valley. The less extreme elevation of 2,800 meters (9,200ft) ensures a pleasant climate and attracts a variety of fascinating birds. Hummingbirds are great favorites.

They begin to increase in number as the elevation drops and the climate becomes milder. More than one-fifth of Ecuador’s 120 or so species of hummers are found in the central valley, and one of the best places to see them is the Pasochoa Nature Reserve, which is run by the Fundación Natura, Ecuador’s leading conservation agency. In one of the last original stands of temperate forest in the central valley, 11 hummingbird species, plus a variety of doves, furnarids, tapaculos, tyrant flycatchers, honeycreepers, and tanagers can all be seen, just one hour’s drive from the capital.

Where else to see Ecuador's birdlife

Spend a couple of days driving to Mindo down the Chiriboga and Nono roads, heading toward the western lowlands, looking for the cock-of-the-rock, plate-billed mountain toucans, and mountain tanagers.

On the eastern Andean slopes, the road to Coca takes you over the Papallacta Pass through the páramo, dropping down through cloud forest, with its barred fruit eaters and gray-breasted mountain toucans, into the Amazon basin.

Once there, birdwatching can get a little tricky as the lush vegetation hides a huge diversity of birds. You will need considerable patience and experience if you are to see them. Many people find that the best strategy is to take an organized tour or have a guide to point out some of the 550 bird species found in the area.

Parrots, toucans, macaws, vultures, kingfishers, puffbirds, antbirds, herons, and hummingbirds are all there, waiting for the patient bird-watcher. Kapawi Lodge, Sacha Lodge and Napo Wildlife Center are some of the best options if you are looking for experienced guides.

It seems fitting that with the history of the development of Dawin's theory based on finches on these islands, this is a great place for bird-watching beginners to cut their teeth. Here, the 25 endemic species are relatively easy to spot, and there are many other fascinating species to interest even the most inexperienced twitcher.

All November, we'll be posting fascinating articles on Ecuador. Check out our posts on top 10 things to do in Quito, traditional Ecuadorian clothing and the country's impressive volcanoes.