Sartorial delights in Ecuador: Panama hats and colours to dye for 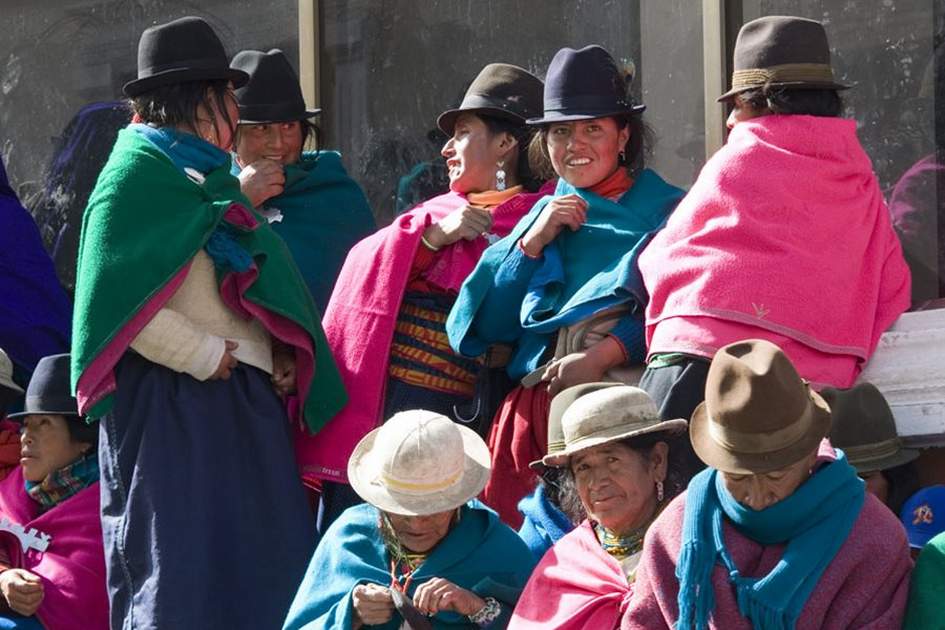 Visitors to Ecuador will undoubtedly notice the vivid colours of the clothes worn by the local people; less ostentatious but just as fine a tradition are Panama hats, made in Montecristi on the Pacific Coast.

Montecristi is the capital of Panama hat-making. For 150 years the best superfinos have been woven in this peaceful, nondescript town, and it is here that tourists come to buy the genuine article directly from the weavers’ hands.

Why are these world-famous sombreros called Panama hats if they come from Montecristi? A mistake, apparently, attributed to some 19th-century gold-miners who forgot where they bought them.

The Panama hat production trail begins in the low hills west of Guayaquil, a region cooled by the sea breezes of the Humboldt Current, and where rainfall is plentiful but not excessive. In these conditions, the Carludovica palmata plant thrives. It can grow as high as 6 meters (20ft), but it is the material inside the stalks, the new shoots containing dozens of very fine fronds, each about a meter long, that is used. These fronds are boiled in water for an hour and sun-dried for a day. The procedure is repeated to ensure maximum strength when woven. 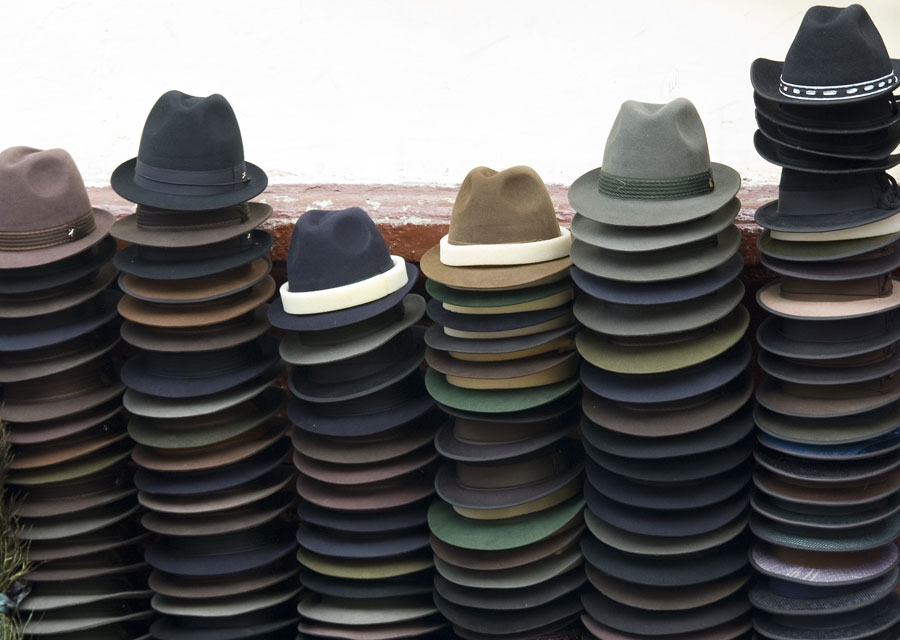 These hats are works of art. The finest weaving is done at night or on dull days, as direct sunlight makes the fronds too brittle, and hot sweaty hands don’t produce tight weaves. Women and children make the best hats, because their fingers, being smaller, are more agile. A superfino – as the best hats are called, those most tightly woven with the thinnest, lightest straw – takes up to three months to complete. The test of a true superfino is that it should, when turned upside down, hold water without any leakage. It should also fold up to fit neatly in a top pocket without creasing.

The hats first hit Europe in 1855 at the World Exposition in Paris, and, as illustrated by many of Renoir’s paintings, they soon became a debonair item of contemporary fashion. In the Spanish-American War of 1898, when the hats were considered ideal headgear for soldiers, the export market to the US really took off.

America fell in love with the Panama, and for the next 50 years kept the industry going. The gangsters of the Prohibition period took such a shine to them that the manufacturers still call the wide-brimmed variety El Capone.

The industry peaked in 1946, when 5 million hats were exported, constituting 20 percent of Ecuador’s annual export earnings. In those days every household in Montecristi produced top-quality Panamas, but numbers have sadly now dwindled to a handful. 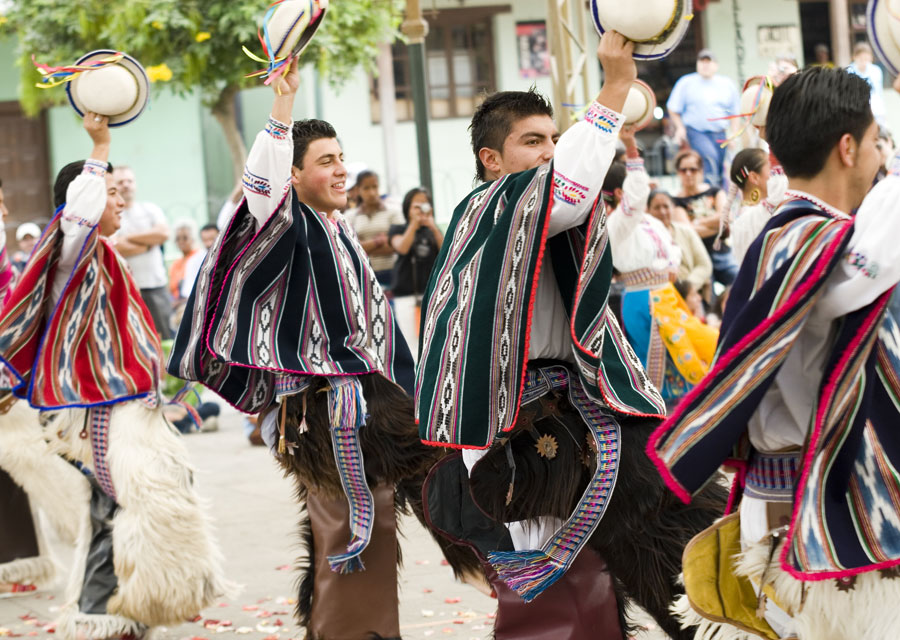 The rich, vibrant colours of the ponchos, shawls, and scarves are the most striking thing about the dress of indigenous Ecuadorians.

The diversity of native dress in Ecuador reflects the strong sense of identity that the various groups have retained throughout the centuries. Some of the clothes that the indígenas wear so proudly today are in fact adaptations of the 16th-century Spanish-style costumes that were once a kind of uniform, indicating which hacienda they belonged to. How they manage to balance their hats on their heads with such elegance is a mystery. 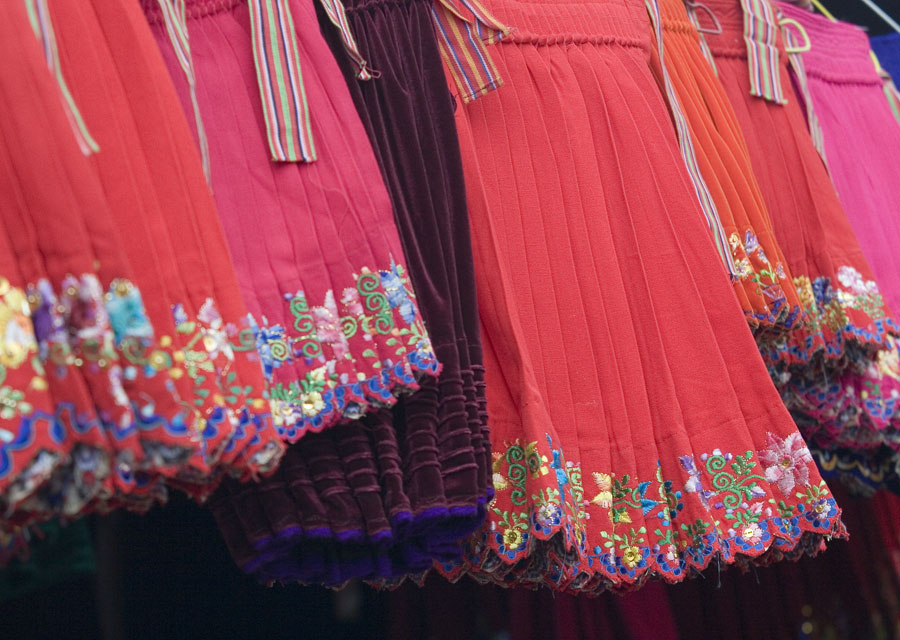 Traveling around the many markets in Ecuador, you are bound to notice the wide variety of colours and styles of shawls, ponchos, and macanas, the carrying cloths that are used to transport various essential items, from kindling to babies.

Many of the shades come from natural dyes: the deep indigo blue worn by the Saraguro comes from the Indigofera, a tropical bean-producing plant; and the rich red of the scarves and wraps worn by indígenas of Salasaca is produced from cochineal, which is extracted from the crushed bodies of female insects (Dactylopius coccus) which live on the Opuntia cactus.

Ikat textiles – made into ponchos, shawls and belts – are also richly coloured. They are created by a process of tying and dyeing before the garment is woven. The indigo-dyed cotton shawls are called paños, or macanas, which are made in towns like Gualaceo, and are the best known of the ikat products. The process of making them is so complicated that the number of practitioners of the craft had almost dwindled into non-existence, but today they are experiencing a slight revival. 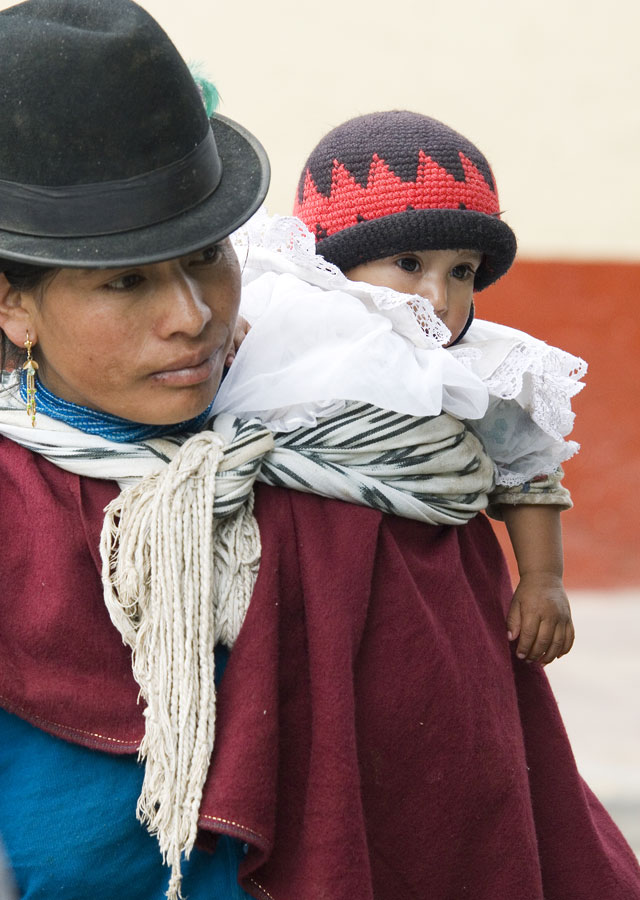 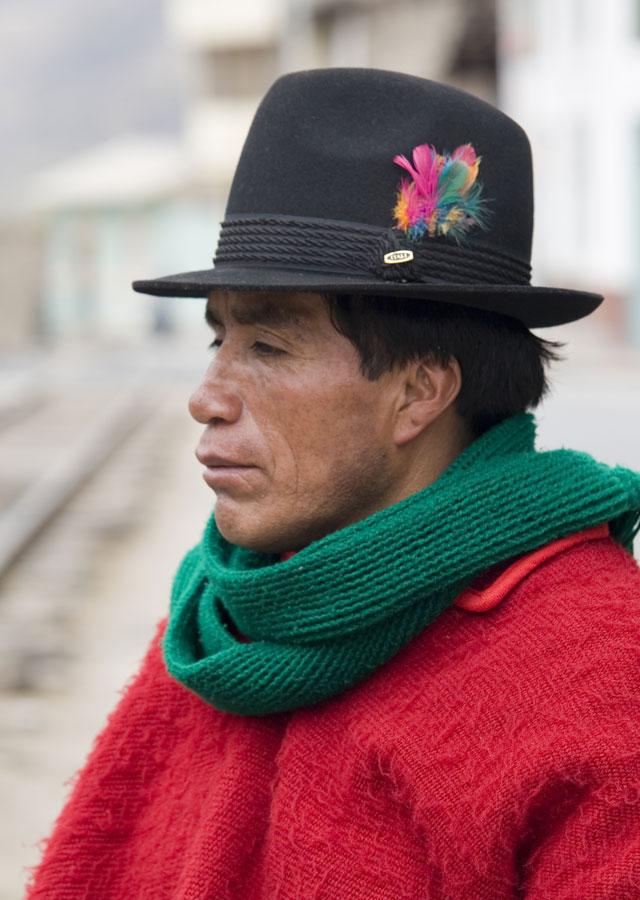 Inspired to go? Discover more about Ecuador here, buy our Ecuador travel guide, or read our top 10 things to see and do in Quito...