From the buskers and street dancers of La Boca to the glitzy dinner shows of San Telmo, tango is as popular as ever in Buenos Aires. Here's what you need to know before your trip to Argentina, and how to experience it for yourself 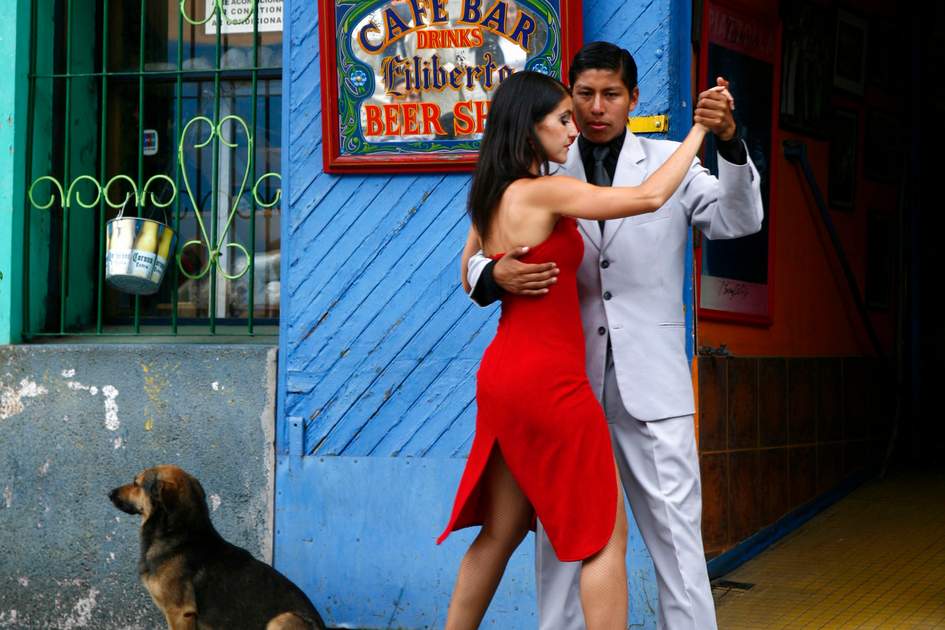 The tango dance was born in the port of Buenos Aires more than a hundred years ago. Nobody is sure of its origins: its rhythms are a mixture of Spanish, African, Cuban, and indigenous Argentine dances

For many years it was banned from polite society in Argentina, because it was a product of the brothels and other low dives of the port area. Only when it became all the rage in France just before World War I was it taken up by everyone in Argentine society.

Close in spirit to jazz and the blues, tango has been in and out of fashion over the past 90 years, but has always survived and been taken up by another generation of young Argentines who recognise it as a true expression of their emotions. Argentines argue as passionately about their favourite tango orchestras and eras as they do about their football teams. Some say that tango should be danced to and not sung; others argue that tango reaches its highest expression when the nostalgia and longing of the music are put into words. One tango writer has called its rhythms “sadness you can dance to,” but the intricate steps and subtle interplay between the two partners is exhilarating – and incredibly good exercise!

Experience it for yourself at a tango show on Insight Guides' Argentina: Tango and Glaciers tour.

The language of love

Many of the songs played by tango orchestras are written in the slang of the Buenos Aires port area known as lunfardo. This is thought to have originated in Genoa, where many of the Italian immigrants to Argentina came from. However, words from Spanish and Portuguese (from the indigenous Indians of the pampas), as well as words of backslang (in which, for example, the word “tango” becomes “gotan”), have been added to the mix. As with the tango itself, lunfardo began in the poorest areas of the port on the margins of respectable society, but over the years, many new words and expressions have been added. Some of them, such as mina (a girl or woman) or gil (a stupid idiot), have passed into everyday language. The tangos of the 1930s and 1940s are full of lunfardo lines and images, which are often impenetrable to other Spanish-speaking Latin Americans. The ability to speak lunfardo (the word itself is thought to mean “outside the law”) is proof that you are a genuine porteño (someone from the port of Buenos Aires), and it continues to thrive. Nowadays there are even lunfardo hip-hop artists proudly making up fresh lunfardo verses.

Ready to take your trip to Buenos Aires?

What you need to know: Argentinian wine

A history of gauchos: Argentina's cowboys

The best way to order a steak in Argentina