Cambodian food is as eclectic as it is distinctive, with influences from as close as Thailand and China, and as far away as France and Portugal. Discover the real taste of Cambodia with our top 5 food experiences 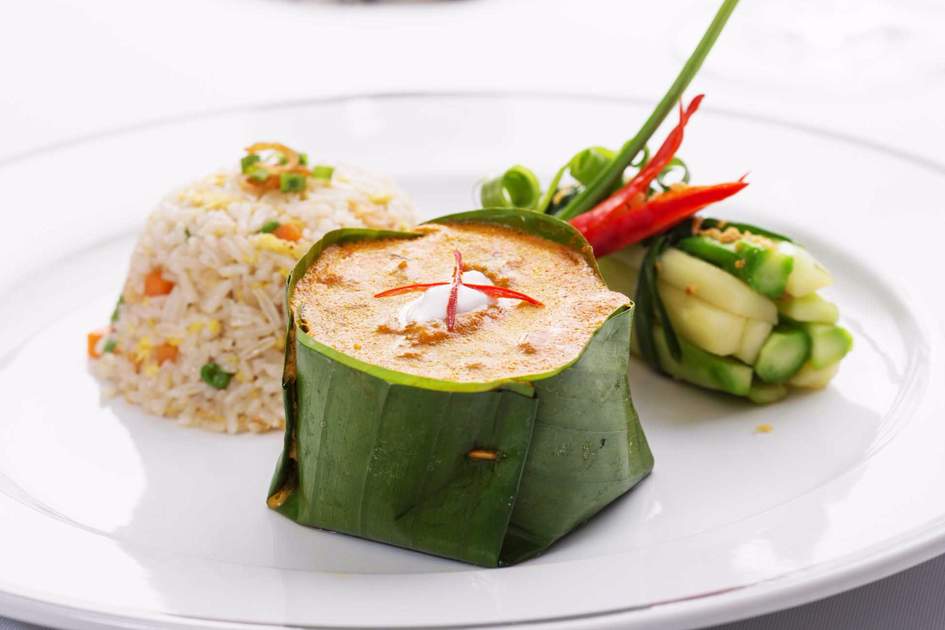 Cambodian Amok is a must-try dish on your holiday. Photo: Shutterstock

Unsurprisingly, rice is a staple of Cambodian food and features in almost every dish. Due to the country’s extensive network of rivers and lakes, freshwater fish is also a regular choice, along with chicken and pork. Popular spices and flavours include galangal (a milder version of ginger), kaffir lime, lemongrass, tamarind, kroeung (a curry paste that forms the base of many Cambodian dishes) and turmeric.

In Cambodia, chillies are used as more of a supplementary side dish, or even a sauce, as opposed to being part of the main dish. This is because Khmer food was already well established and developed long before the Portuguese colonialists arrived, bringing with them chilli peppers. As a result, Cambodian food is less spicy than other regional cuisines, including Thai. French colonial interests arrived well over half a century later than the Portuguese, bringing with them, among other things, baguettes, which still form part of the popular Cambodian diet today.

The nation’s favourite dish is amok, a coconut-based Khmer fish curry, steamed in a banana leaf. Although amok is traditionally made using fish – usually a kind of catfish – it can also be made using pork or chicken. Amok chouk is a French take on the classic, using snails boiled in their shells as a substitute for fish or meat.

This hidden gem, located about 2 miles from the centre of Siem Reap, is one of the best places around to eat authentic Khmer barbeque food. The restaurant is owned and run by husband and wife, Sobey and Touich, and serves traditional dishes made from family recipes, handed down through generations. Favourites include tenderloin beef with Kampot pepper sauce and barbequed red snapper. Portions are large and ideal for sharing. A trip to Touich Restaurant is included with Insight Guides’ Cambodian Family Adventure trip.

2. Learn to cook with Kathana Dunnet

Learn to cook high-quality Khmer cuisine with Kathana Dunnet, a renowned Cambodian chef who founded the Sugar Palm restaurant, which has locations in both Siem Reap and Phnom Penh. During this half-day course, which is also included on Insight Guides’ Cambodian Family Adventure trip, Kathana will teach you how to cook traditional Khmer food and about the different ingredients. She will also tell you which of the exotic ingredients can be substituted for easier off-the-shelf ingredients, allowing you to cook fine Cambodian food in the comfort of your own home. 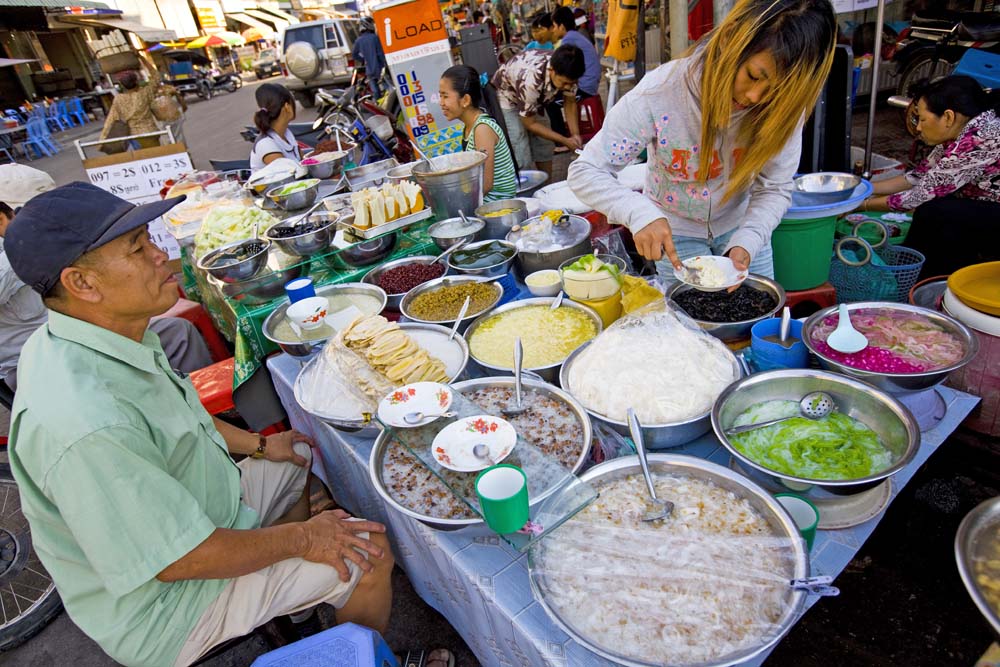 Overlooking the Tonlé Sap River, just along from its confluence with the Mekong, the Foreign Correspondents’ Club occupies pride of place in downtown Phnom Penh. This three-story colonial building is one of the most popular places to eat in the city, and is included in Insight Guides’ Unseen Cambodia trip. The menu showcases the country’s rich and varied culinary palette, including local favourites such as amok and beef lok lak, alongside international dishes such as beer-battered fish and jerk chicken.

Street food plays an important role in Cambodian life, and the street is often the best place to eat. Whether you find yourself in one of Cambodia's big cities, or out in the rural countryside, street food vendors are everywhere; so don’t be afraid to get stuck in! Tasty street food dishes to try include chicken satay, twa kho (Cambodian sausage) and samlor (a traditional Cambodian soup). Securely wrapped in the banana leaf it is cooked in, amok also makes an excellent street food dish.

Learn to cook simple Khmer food and take the flavours of Cambodia home with you at Angkor Village, included with Insight Guides’ Siem Reap Family Adventure. The four-hour class includes a visit to Siem Reap’s ‘Old Market’ to source fresh, local ingredients. Your chef will accompany you during your trip to the market and talk you through which herbs and vegetables will be required for the day.

Once back at Angkor Village, following the chef’s lead, try your hand at creating dishes from the varied menu. At lunchtime, you will have the opportunity to enjoy the fruits of your – and the chef’s – labour in a traditional Khmer setting.

Ready to take your holiday to Cambodia with Insight Guides?